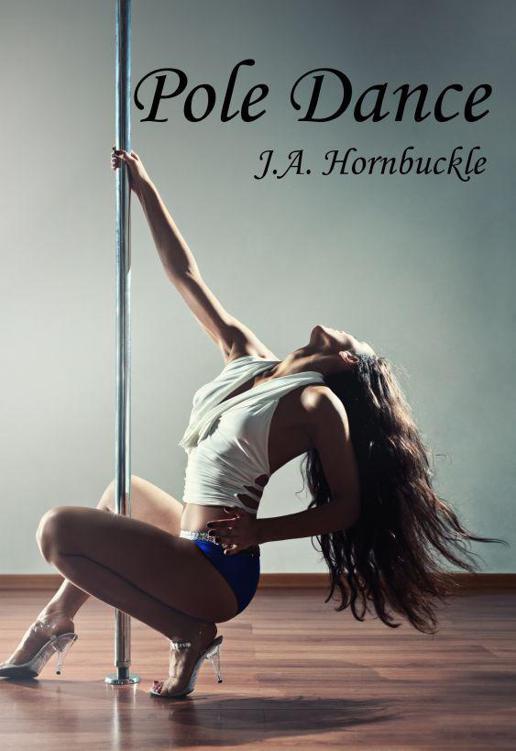 Pole Dance is the first in the Dance
series and is intended for mature readers only. Graphic language and detailed sexual situations.

Caitlin Tomas was at the end of her rope. She's working four menial jobs to make ends meet and supplement her half-ride scholarship at the University where she's determined to get her degree in four years as her parents had planned. But it's hard to find time to study, much less sleep, when you've got so much going on. Overhearing her lab partner describing her Pole Dancing job at the Fuego Club and how much she gets paid and tipped, Caitlin decides to apply.
Expecting to interview with a middle-aged mafia-type, troglodyte, Caitlin was shocked to find her interview was with the young, smoking hot, co-owner, Jake Stanton. He soon discovers that Caitlin is not suited as a dancer for the Fuego's, but is definitely suited for him especially when he has first hand evidence of how she is treated by one of her bosses and a bank president that makes a visit to her apartment after banking hours.
He is further intrigued when he receives a background check on her and discovers that she was exactly who she said she was--a starving student with no living family, struggling to meet commitments of work and school. In his business, that kind of honesty is rare and he is completely captivated.
Jake begins a campaign to win Cait's heart, but she is so fiercely independent that he has trouble breaking down her walls. She views his help as 'trying to take over' and tries to resist him at every turn. It doesn't help when she is accosted by a jealous ex-lover who says that Jake will try and buy his way into her bed. His efforts are further hampered by a distrustful business partner, and serial killer who's victims are current or former dancers of Fuego's.
Through all this can the world-weary Jake convince the naïve but independent Caitlin that sharing his life doesn't mean giving up hers?

This is a work of fiction and is not a reflection or representation of any person living or dead. Any similarity is of pure coincidence.

Although, if you recognize yourself in any character represented…maybe we need to talk.

To my darling gal, Jazz. For being there for me during the best of times and the worst of times. I've gotten the better end of the deal between us. Loved you first, therefore, have loved you longer, thereby, I love you more.

And my alpha male, Jess. Only wished I'd found you in my gene pool when I was looking. Gorgeous, creative and with a wicked sense of humor, you are not just the bag of chips, baby, you're the seasoning, too! Am, as ever, so proud of you.

For those that have been with me on this journey…Thanks for the memories!

And those that are still on their way…Where've you been? My heart's has been waiting for you.

I knew when I had made my decision to interview that it was probably the wrong one.

But I didn’t feel like I had any choice. I was only half-way through my sophomore year and I was already in debt up to my navel. I couldn’t seem to find a well-paying job that fit my class schedule no matter where I applied. I had to find another job, any job, which could bring in more money and allow me to pay my portion of the way because I didn’t have anyone or anything else that would supply the funds I needed to complete my education and eat at the same time.

Top ramen cooked on a two-burner, second-hand stove can only sustain a twenty-year-old body for so long. And, since I was determined to graduate in four years with as little debt as possible instead of most of my classmate's parent-funded six, it made for a constantly growling stomach. As a sophomore one year older than most, I had studied the differences and had picked the ramen over the ‘cup of’ whatever because it was half the price and, within the scope of my budget, things were that bad. As in, really bad.

The best part of my horrible diet was that I never experienced the ‘Freshman Fifteen’, those horrible fifteen pounds that I’d heard students piled on when you start college and are finally out from under your parent’s influence and control. No, my meager diet, which consisted of only lunch and dinner of the $.17 per packet kind, helped not only in terms of money but was key in getting rid of the baby-fat that had warmed my tummy and thighs but kept me hidden and insulated in high school. I was an average looking, tallish though a bit older, college sophomore who was just one of many, one of the multitudes, of other girls on campus.

What I wasn’t average at, though, was seeking out ways to make money. I was constantly on the look-out, ears ever at the ready, to find ways of bringing in additional cash. Not so good at the computer, I willingly took on jobs that others would scoff at: cleaning toilets at the local chain of mini marts, polishing cars at the local upscale carwash or emptying bedpans at the local Nursing Home. I worked any and all hours as long as it didn’t compete with my class schedule.

So, when I overheard my lab partner, Renee, on her cell phone talking about pole dancing at the local Fuego Club to her sorority sister, I just had to listen.

“So, like, you dress in this g-string and pretend the pole is, like, who your partner is--kind of like a rave, right?” Renee explained. “And you, like, really work it on the pole and then turn toward all these, like, pervs sitting at the console which is, like, totally set up next to where you are, like, dancing?” All of Renee’s sentences always ended in a question which, in my opinion, was one of her most endearing qualities. Okay, her only endearing quality because it made her cute. Otherwise, I considered Renee to be a complete and total air-head. But I overlooked this glaring fault because she was very well endowed money-wise, that is. Renee and her ever-at-the-ready credit card had supplied more meals, treats and fun after or during study group than I could count in the couple of months we'd been linked together in the name of science.

“So, then, like, you just need to dance and shake your tam-tam's and girlie things in these perv’s faces and they will stick money into whatever strap you have on? Honest to God, it’s, like, amazing! I once went home with over $300.00 just from dancing like I do when I’m, like, by myself?” Renee cut her eyes to me and did a quarter-turn to try and block me from overhearing further. Not that I had given my overheard-self away, slumped as I was and over-using my yellow highlighter on any and all sentences containing scientific words in my lab text. If I didn't stop soon, Chapter 18 was going to be a rippling, highlighter drenched, page-soaked mess of yellow making the book unable to be resold.

Maybe it was the lock-down I had on my body in relation to her words that she was responding to because, I have to admit, it was the $300.00 that got my attention. My full attention.

At best, I only managed an $150 or $175 during a good week from each of my extra jobs but Renee had managed $300 per dance session. Per session! Not per day, per week but per session! Holy shit! My mind whirled as I tried to do the math thinking how much more cash I could have instead of the shit-for-bucks I currently made working all the crazy hours and trying to decide exactly which of the crap jobs I could quit. I knew that the extra money she earned was only to pay a sizable portion of Daddy's credit card without his knowledge before the statement actually hit. He only yelled, she had confessed during one of her-treat tapas and beer marathons, if her balance was more than a third of the credit line.

Without thinking, I eyed her up and down through my curtain of hair. Renee wasn’t so much to look at, in my opinion, because the only thing she really had going for her was her waist-length blonde hair. Her body was ’fair-to-middling’ to quote my Grandma Lela, with smallish breasts, a thick waist and bludgeoning hips that threatened, but never quite managed, to spill over the tops of her ever present jeans. Eyeing her alleged ‘assets’, I was immediately convinced that I could do whatever it was that she was doing.

And I remember thinking cattily to myself at the time, “I could do it, like, better?”

So it was that I found myself before Jake, the manager of Fuego's, less than three days after overhearing Renee saying something, for once, that was interesting to me.

As a lab partner, Renee was crap.

“You’re a full-time student,” Jake rumbled as he looked over my resume.

We were in one of the offices within the bowels of Fuego's for my interview, a huge room without windows, the illumination from the small lights centered along the perimeter of the walls. Jake’s only movement was the clicking and unclicking of the ball-point pen that he held next to his ear as he perused my resume. The lights bounced off of his longish, dark brown hair that touched the neck of his faded black t-shirt and bounced off his well-developed and tightly clad shoulders as I nervously settled myself in one of the chairs positioned in front of his monstrously large desk.

Jake, in the physical sense, didn’t appear to be an unfriendly man although he was, by all definition, smoking hot. His natural state seem to be of calm--calm in his tall walk which had been soundless as he led me to one of the two leather chairs facing his desk, his broad shoulders moving in counter-rhythm to his knees as he crossed the vast expanse to his tucked-into-a-corner office area. The words 'cat-like' and 'sinew-leaden grace' hovered on the edge of my mind as he lowered the length of himself into his oversized, high-backed seat. And, since I had imagined a hairy-ape, middle aged Mafia-kind to be my interviewer, I was more than cowed by Jake's youth, stinging hot looks, casual dress and calm demeanor.

Trotsky by Bertrand M. Patenaude
Embracing Darkness by Christopher D. Roe
Late and Soon by E. M. Delafield
Dying in the Dark by Sally Spencer
Conviction (The Cassano Series Book 4) by Scarlet Wolfe
Secrets of the Tides by Hannah Richell
Bloodsworth by Tim Junkin
The Weaver's Inheritance by Kate Sedley
Grind by Eric Walters
Things Could Be Worse by Lily Brett