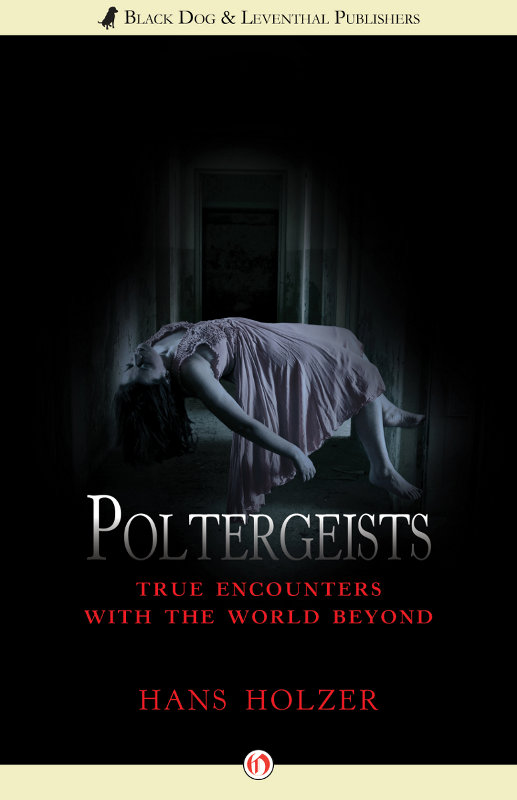 H
ANS
H
OLZER
I
S THE
A
UTHOR
of 119 books, including
Life Beyond, The Directory of Psychics, America’s Mysterious Places
,
Windows to the Past
, and
Witches
.

Hans Holzer studied at Vienna University, Austria; Columbia University, New York; and holds a Ph.D. from the London College of Applied Science. Professor Holzer taught parapsychology for eight years at the New York Institute of Technology, is a member of the Authors Guild, Writers Guild of America, Dramatists’ Guild, the New York Academy of Science, and the Archaeological Institute of America. He is listed in
Who’s Who in America
and lives in New York City.

As we settle more securely into the new millennium, people’s interests in the cosmic continue to grow. Even ordinary Joes and Janes who normally wouldn’t be caught dead reading an astrology column are suddenly wondering what the second millennium will mean for them and this world of ours.

To begin with, the millennium came and went over a decade ago. Jesus was born not the the year zero but in 7 B.C., on October 9, to be exact, as I proved quite a while ago after fifteen years of archeological research. This business of the millennium was strictly hype, a promotion that was created to make people think something very special would happen in the year 2000. The psychological effects of this “millennium,” however, are already upon us—casting a shadow in terms of a renewed great interest in things paranormal, for instance.

Several new TV talk shows and documentaries dealing with psychic phenomena and the exploration of the frontiers of human consciousness have sprung up, filling the television screens with tabloid tidbits often lacking in depth and validating research. Fictional forays into worlds beyond are also currently hugely successful both in film and television, and in books and even Websites.

As a purveyor of genuine information regarding psychic phenomena, I welcome this resurgence of curiosity in worlds beyond the physical because contemplating these matters tends to make people think about themselves, their ultimate fate, and the nature of humankind itself.

When it comes to dealing with the hard evidence of life after death, there are three classes of people—and this may remain the case for a long time to come, considering how resistant humans are to embracing radically new or different concepts.

There are those who ridicule the idea of anything beyond the grave. This category includes anybody from hard-line scientists to people who are only comfortable with the familiar, material world and really do not wish to examine any evidence that might change their minds. The will to disbelieve is far stronger than the will to believe—though neither leads to proof and hard evidence.

Then there are those who have already accepted the evidence of a continued existence beyond physical death, including people who have arrived at this conclusion through an examination of hard evidence, either personal in nature or from scientifically valid sources. They are the group I respect the most, because they are not blind believers. They rightfully question the evidence, but they have no problem accepting it when it is valid. Included in this group are the religious-metaphysical folks, although they require no hard proof to validate their convictions, which emanate from a belief system that involves a world beyond this one.

The third group is often thrown offtrack when trying to get at the truth by the folks in the metaphysical camp. This makes it more difficult for them to arrive at a proper conviction regarding the psychic. The thing for this third group is to stick to its principles and not become blind believers.

The vast majority of people belong to the third group. They are aware of the existence of psychical phenomena and the evidence for such phenomena, including case histories and scientific investigations by open-minded individuals. But they may be skeptical. They hesitate to join the second group only because of their own inner resistance to such fundamental changes in their philosophical attitudes toward life and death. For them, therefore, the need to be specific when presenting evidence or case histories, which must be fully verifiable, is paramount, as is an acceptable explanation for their occurrence.

It is hoped that those in the second group will embrace the position of the last group: that there are no boundaries around possibilities, provided that the evidence bears it out.

T
HE TERM
Poltergeist
is German. German researchers in the paranormal were the first ones to concentrate their efforts toward a better understanding of the phenomena associated with poltergeist activities. The word simply means “noisy ghost” and refers to events that parapsychology nowadays prefers to call physical phenomena, which are invariably three-dimensional, whether moving objects or visual or auditory effects produced by means that are other than ordinary or explicable.

The German scientists also decided that these events were connected with, and caused by, a young person at the threshold of puberty; the energies that make the sometimes very violent phenomena possible were actually the unreleased sexual energies of the young people in the household. They went so far as to accuse some of these young persons of unwittingly
causing
the phenomena, often to “attract attention.”

This is a half-truth. Young people at the border of their sexual awakening can be the
source
of the energy allowing the phenomena to occur, but so can mentally handicapped people of any age and sexually frustrated individuals of any age, consciously or unconsciously. A poltergeist, then, is nothing more than that stage of a haunting when manifestations occur that are clearly of a physical nature, such as the movement or the throwing of objects. The originator, however, is not the youngster or mentally handicapped older person: they are merely the source, tapped against their will and usually without their knowledge, by a ghostly entity desperately trying to get attention for their plight from people in
this
world. Not to harm anyone, but to get people to notice their presence.

Years ago I pointed out that psychic phenomena use the same energies as does sexual activity, and often the repression of those energies can lead to unwanted psychical phenomena. In the 1930s, the British Society of Psychical Research undertook some tests with the help of a deep trans medium. Ectoplasm derived from the body of the trans medium turned out to be an albumin substance secreted through the glandular system. This ectoplasm was identical with seminal fluids.

Poltergeists are not what the popular movies show them to be. As a matter of fact, these films are pure hokum in every respect, from the phenomena shown to the so-called researchers and their “instruments.” As so often happens, the indiscriminate exploitation of the paranormal reality by films and television paints a false picture, only to frighten people into fearing something that is simply not true.

How, then, does one deal with a poltergeist? No differently than the way one relates to an earthbound spirit, a ghost who is unable to realize her or his true condition. Contact can usually be established through a deep trance medium. This way the entity is calmed or released. Remember that the majority of ghosts are not able to obtain the kind of energies necessary to manifest physically or move objects. Only when there is a powerful source close at hand can they draw on the larger energies necessary for such a feat.

Of course it can be frightening to see objects move seemingly of their own volition. But they don’t—the electromagnetic force manipulated by the ghost is responsible for this even if the ghost itself is not visible.

Even as startling an event as the movement of a knife through the air (as in the case in Rye, New York) is not an attack on anyone but an attempt to get attention, and, if possible, help.

True poltergeist cases are much rarer than “ordinary” hauntings, but they do occur. In every case I have investigated, a power source exists, either among the living or even among the discarnate, who have passed on in a state of mental distress or even insanity. Some of my cases follow.

I
AM FREQUENTLY ASKED
to comment on poltergeists, or noisy ghosts, a term derived from the German and somehow conjuring up the image of violent physical activity beyond the pale of ordinary understanding. Poltergeists have been generally considered the work of youngsters in a house—youngsters below the age of puberty, when their physical energies have not yet been channeled either sexually or occupationally and are therefore free to play pranks on others in the household. The majority of parapsychologists consider poltergeists the unconscious expression of such repressed feelings, attention getters on the part of young people, and do not connect them to supernormal beings such as spirit entities or any other form of outside influence. I, however, have investigated dozens of cases involving poltergeists where physical objects have been moved or moved seemingly by their own volition and found that another explanation might be the true one. In each case, to be sure, there were young people in the household, or sometimes mentally handicapped adults. I discovered, for instance, that a mentally handicapped adult has the same kind of suppressed kinetic energy that is capable of being tapped by outside forces to perform the physical phenomena as the unused energy of youngsters. I also discovered that in each and every case with which I came in contact personally there had been some form of unfinished business in the house or on the grounds on which the house stood. Sometimes this involved a previous building on the same spot. At other times it involved the same building in which the activities took place. But in each instance there was some form of psychic entity present, and it is my conviction that the entity from beyond the physical world was responsible for the happenings, using, of course, the psychical energy in the young people or in the retarded adult. Thus, to me, poltergeists are the physical activities of ghosts expressed through the psychic powers within young people or mentally handicapped older people, but directed solely by outside entities no longer in the flesh. This link between the physical energies of living persons and the usually demented minds of dead persons produces the physical phenomena known as poltergeist activities, which can be very destructive, sometimes threatening, sometimes baffling to those who do not understand the underlying causes.

Separate Roads by Judith Pella, Tracie Peterson
Vegas by Dahlia West
Chosen By The Prince by Calyope Adams
Final Cut by T.S. Worthington
One Way or Another by Rhonda Bowen
Mira by Leighann Phoenix
FIRE (Elite Forces Series Book 2) by Hilary Storm, Kathy Coopmans
How To Steal a Car by Pete Hautman
Wanna Get Lucky? by Deborah Coonts
Persuasion by Brenda Joyce