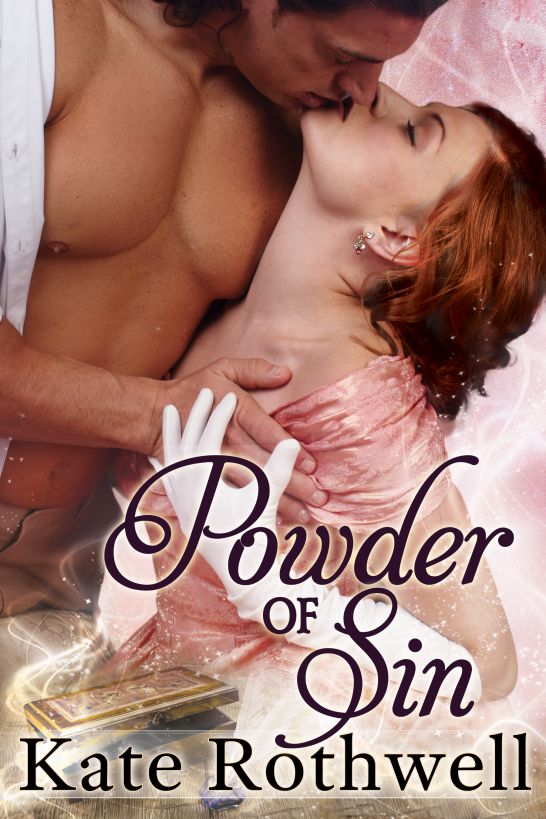 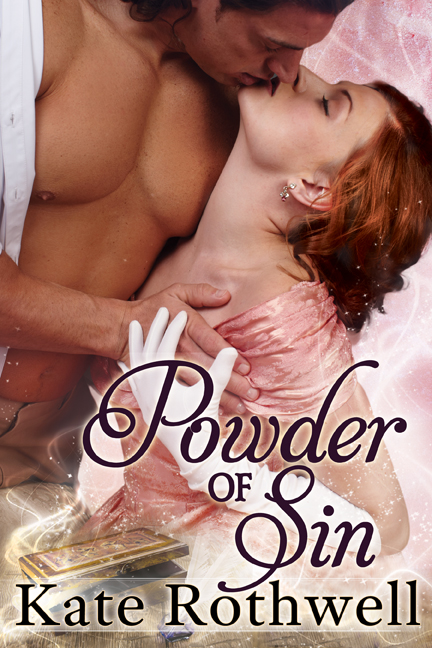 All rights reserved. This copy is intended for the
original purchaser of this e-book ONLY. No part of this e-book may
be reproduced, scanned, or distributed in any printed or electronic
form without prior written permission from the author. Please do
not participate in or encourage piracy of copyrighted materials in
violation of the author's rights. Purchase only authorized
editions.

This e-book is a work of fiction. While reference
might be made to actual historical events or existing locations,
the names, characters, places and incidents are either the product
of the author’s imagination or are used fictitiously, and any
resemblance to actual persons, living or dead, business
establishments, events, or locales is entirely coincidental.

This e-book contains sexually explicit scenes and
adult language and may be considered offensive to some readers.
Even the people in the book are occasionally offended by the sexual
escapades.

To Sandra and Angela.
And to my small, neurotic Hartford Pound pup.
There’s no connection between the dedications.
Sandra and Angela actually helped with the
book.
The dog’s yaps weren’t much help at all.
Chapter One

The lawyer stood in Rosalie’s library, twittering
with agitation. Mr. Dorsey rocked—heel, toe, heel, toe—as he handed
her a velvet-lined leather case containing an emerald-and-diamond
necklace and earrings. “I wanted to give you the two most valuable
objects from your cousin’s estate. The rest of the jewels were
entailed. These emeralds belonged to Lord Williamsford’s
mother.

“And then there’s this.” He laid the other object—a
box—on her desk and gave it a look of loathing as he reached into
his pocket for a handkerchief. He wiped his hands thoroughly, and
at last settled into the leather chair at the other side of the
desk.

Rosalie tossed the emeralds’ case onto the desk and
reached for the box. She stroked the red-tinted, gleaming wood.

Mr. Dorsey squeaked and coughed. “You must take care
when you handle that, Miss Ambermere.”

“Oh. Why?” Her forefinger traced circles over the
plain lid.

He twisted the end of his gray mustache and looked
unhappy. “Your cousin…” His voice faltered, and he twisted some
more.

Rosalie remained patient. Mr. Dorsey was like a
pop-eyed, anxious creature that had to be coaxed rather than
bullied. She picked up the box, which was surprisingly heavy for
its size. “Mr. Dorsey, I understand your reluctance to speak ill of
the dead, but if you have something important to tell me, please
do. I won’t take offense if you say something unpleasant about my
cousin.”

“Indeed, I’m glad to hear that. Neither did I.” She
stroked the little box again and was seized by the urge to rub her
cheek against the sleek wood.

He coughed again. “Therefore, it might be best if
you take one of the two very generous offers I have received for
that particular item. Immediately.” He pointed at it, and she swore
his finger trembled. “I don’t think you ought to handle this box
unless it’s absolutely necessary.”

She rested it on her lap. “What does it
contain?”

He cleared his throat and pinched the bridge of his
nose. It might have been a response to the pollen in the air, but
more likely Mr. D. was trying to think of new euphemisms with which
to confuse her.

“I do need to understand what I have inherited,” she
said gently.

Mr. Dorsey frowned at the box. “The late lord, your
cousin, though he had a very pleasant demeanor, I’m afraid he was
not entirely a gentleman.”

Rosalie’s mouth twitched, but she managed to hold
back laughter.

Cousin Johnny, her father's heir, had been
thoroughly wicked. A man with too much time on his hands, he’d
taken up the art of seduction as full-time employment. He had a
dreadful reputation, which was precisely why she had sought him
out. Her visits to him had formed part of her campaign to force her
father to banish her from England so she could return to the States
and her mother.

Rosalie’d been smart enough to bring a maid and two
footmen when she went to call on her cousin. During their meetings,
he’d made several efforts to get under her skirts, but when she
said no and refused to remain alone in the room with him, he didn’t
hold a grudge.

“
You’re the only good gel I know. And the only
family member to acknowledge me
,” he’d announced.

No wonder he had been shunned. For no matter how
polite the conversation at the start of the visit, the subject had
always shifted to his favorite topic. Rosalie supposed she was
ultimately grateful for the information she would not have got
elsewhere—at least not in such detail.

As she looked down at the curious little box, she
realized she’d miss Johnny, the rogue, shot through the heart by an
enraged husband.

The dark wood object, the size of a small cigar box,
seemed to beckon her, and she began to pry off its lid.

“No!” Mr. Dorsey, that man of inaction, sprang from
his chair.

She stopped at once. “Gracious, sir, I promise not
to faint at the sight of one of his strange little objects.”

“It’s far worse than an offensive object. I made the
mistake of opening that box, and even the slight effect…” He
shuddered. “Inside that box is another wooden container. And inside
that container is a small horn of a substance the texture of salt.
And just a grain of that…” He sank back into his chair, pale and
staring as if recalling some frightening memory. “It is unseemly
for any woman. Or any man, for that matter.”

She ran a finger along the seam of the box and
decided not to open it—yet. But she had trouble keeping her hands
away from the pleasing, shiny surface.

Rosalie shifted sideways on her chair and wished she
hadn’t had her corset drawn so tight. “Mr. Dorsey, I won’t know
what I should do with this thing unless you tell me exactly what it
is.”

“Do you know the word ‘aphrodisiac’?” he asked
hoarsely.

She nodded. Though she wasn’t entirely certain of
the meaning, she knew it had to do with sexual congress and
desire.

His glazed expression softened with relief—obviously
he hadn’t wanted to have to explain. “It is a true, ah, one of
those. I wish I had been dishonest enough to keep it from you, but
I knew it would bring you a good deal of money. I-I didn’t want to
deprive you of your cousin’s most valuable asset, and I also did
not want to…to succumb to its allure.”

She looked at the slight, balding man with his
potbelly, oversize ears, and perpetually wrinkled forehead that
gave him the worried expression of a well-fed pug. Mr. D.,
succumbing to allure?

“Oh,” was all she could think to say. She tapped the
box with her fingertips and liked the small click her nails made on
the surface. “You think I should sell this? But if it’s so
dangerous, perhaps it should not be in anyone’s hands.”

He nodded miserably. “Yes, I have thought of that as
well, but I didn’t—I don’t—I must say, I trust your judgment in the
matter, my dear Miss Ambermere.”

He wanted to be rid of the object and didn’t want to
be responsible for its destruction or its sale. She was quite fond
of Mr. D., but no one would call him resolute. She’d learned that
long ago; she’d watched him interact with her father, the
bad-tempered bear.

When she had inherited the unentailed portion of her
father’s estate two years earlier, she’d immediately engaged Mr. D.
as her American man of business because she’d had enough of men
telling her what to do, and compared to most men, he was as meek as
a chambermaid.

His lack of advice was the consequence of her
choice.

Very well, she would cope with the strange object on
her own and probably without much more information, since she
guessed no gentleman would discuss the matter with a female.
Johnny’s collection wouldn’t be mentioned in mixed company.

“Tell me, what happened when you opened it?” she
asked.

He turned deep red. Sure enough, he said, “No.
Suffice it to say it should be opened by no one. Sell it, Miss
Ambermere. Be rid of it.”

She smoothed her fingers over the box. “You say two
people wish to buy it? Who are they?”

“They are Walter Clermont and Gideon Reed.”

Odd that her heart sank as if she’d heard bad news.
She put a hand to her mouth. “Ah. So that is why they visited
me.”

He raised his bushy gray brows. “You know the
gentlemen? They called upon you at the same time?”

“Yes, a couple of days ago. When they came to call,
Mr. Clermont told Beels that we’d been introduced at a country
house in England.” She wrinkled her nose. “To be honest, I don’t
recollect meeting him there.”

“No need to worry, Mr. Dorsey. He was pleasant
enough.” That was not exactly true, but she didn’t need her lawyer
to lecture her that she shouldn’t let strange young men into her
parlor. She had a companion to remind her of that.

“What did you think of the gentleman? Mr. Clermont,
I mean.” The lawyer shifted, and now his foot tapped the floor.
Heel, toe, heel, toe. “What I mean is, ah, did you find him
interesting?”

Mr. D.’s shoulders seemed to relax, and the noise
stopped. “I hear he’s a favorite with the ladies.”

“I’m not surprised. He was…flirtatious.”

She had spotted him as a flirt the minute Mr.
Clermont had bent to kiss her hand and then showed her the slow,
practiced smile of a man who was certain of his own appeal. He’d
worn a yellow waistcoat and a bright blue, slightly military-cut
jacket. With his blond hair, yellow trousers, and spats, he’d
reminded her of an elegant bird.

Clermont had introduced Reed as “
my traveling
companion
.” Mr. Reed might have been his opposite, and not only
because he had dark hair and eyes and was tall and solid, while
Clermont was pale, slender, and willowy.

Mr. Reed had been dressed in a plain, dull tweed
suit and rarely uttered a word. All the charm and vivaciousness in
the pair belonged to Mr. Clermont. Mr. Reed didn’t snarl, but he
didn’t bother to make conversation. Tall, dark, and impassive. Drat
the man for having any sort of effect on her. But oh, how many
times her gaze had returned to his solid form.

Recalling him now, Rosalie wondered what had drawn
her eye and decided he’d seemed more concentrated than most of the
gentlemen she met. Concentrated what, though? Masculinity. From his
unruly hair to his unfashionable boots, he contained pure male
essence. And those hands…

She sat in her chair across from Mr. D. and thought
about Mr. Reed’s hands touching hers. Young unmarried ladies
generally did not offer to shake, but Miss Ambermere had wanted to
make sure these men understood she was no retiring violet. And she
received a handshake that had shaken her to the core.

Mr. Reed had worn no gloves, and since she hadn’t
been expecting visitors, neither had she. When they grasped hands
in greeting, his naked fingers had touched hers, creating an
unfamiliar, unexpected prickling. Palm slid against warm, dry
palm.

At the time, Rosalie had actually shivered. She’d
looked into his face, expecting a smirk at her response, and
instead saw an echo of her own emotion—a flash of surprise followed
by a trace of annoyance and confusion.