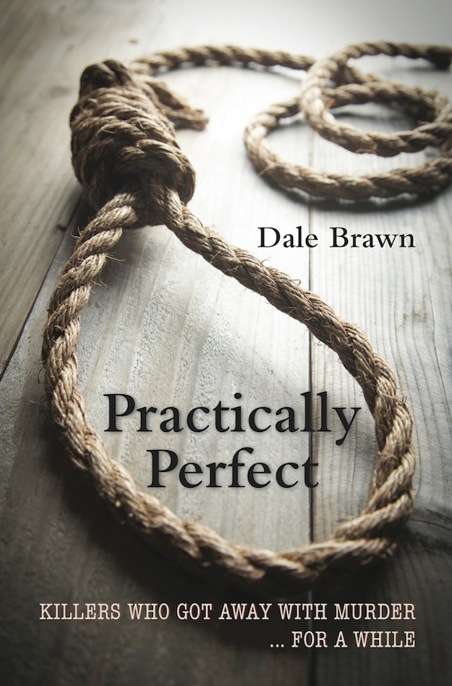 Killers Who Got Away with Murder
... for a While

Truth will come to light; murder

Writing is essentially a lonely process, and there is only so much others can do to help an author overcome obstacles. In the case of this book, four individuals deserve special acknowledgement for their assistance. Charlotte Neff, of the Department of Law and Justice at Laurentian University, in Sudbury, Ontario, is an incredibly talented researcher, and gave unstintingly of her time. Without her, this project would not have been possible. Pauline Begin, also of the Department of Law and Justice, solved every problem thrust at her. Her presence was calming beyond measure. The patience of Britanie Wilson of Dundurn was often taxed, but her many considerations made this book all that I hoped it might be. And then, of course, Gloria.

“If once a man indulges himself in murder, very soon he comes to think little of robbing; and from robbing he next comes to drinking and Sabbath-breaking, and from that to incivility and procrastination.” (
Murder Considered as One of the Fine Arts.
)

In the years I have been writing about crime I have come to the conclusion that getting away with murder has more to do with luck than careful planning or attention to detail. Even now I am surprised by how many people actually commit the perfect crime, and then do something to attract attention to themselves. This book is about some of those individuals.

These stories contain a number of common themes. For example, with perhaps one or two exceptions, all of those I wrote about were poor. Most were uneducated, although in the late nineteenth and early twentieth centuries a lack of education among members of the working class was the rule rather than the exception. A surprisingly large number of killers were mentally challenged. Were they to experience our criminal justice system today, they would almost certainly have been treated in a different way. A case in point are two Quebec lovers, whose lawyers argued that they should not be hanged because the couple was too ignorant to realize that in poisoning the husband of one of them they actually committed a crime. When the federal cabinet of Conservative Prime Minister John Diefenbaker considered the clemency application of Mickey Feener, everyone agreed that the killer of three was mentally disabled, but the cabinet still refused to commute his sentence. Deep down, a majority of cabinet
members were convinced that a man so popular with women could not possibly be as intellectually challenged as the experts alleged.

It probably will come as no surprise to most readers that a large number of the killers I write about were violent individuals, for whom murder was the culmination of a life of crime. Emerson Shelley was barely a teenager when he committed his first murder, and in the years between his killings he was in and out of jail more often than he was employed. The same could be said about William Jasper Collins, a young American who killed his benefactor after the lawyer managed to convince a Montana jury that his teenage client did not sexually assault his own sister.

Most of the thirty males and two females whose crimes I examine were hanged, or died before their death sentences could be carried out, and the majority were murdered for money or sex. Notable among the exceptions are a Manitoba farmer who killed his neighbour to the north because the man cut down his favourite tree, then killed his neighbour to the south for no reason whatsoever (although he did say that after you kill once, killing a second time is not so difficult). That seems to have been the case for more than half of the people whose stories are described in this book. One man killed (or helped his lover kill) all five of the babies born to the couple; a Saskatchewan farmer killed his brother-in-law before turning his attention to his brother; two Quebec men insured the lives of unwed day labourers, then killed them for the proceeds of their insurance; and a prairie farmer murdered his wife, and when no one came to arrest him, he killed the man with whom he suspected she was having an affair.

A number of other commonalities can be gleaned from my stories of murder and mayhem. One is that the “perfect” murder was more likely to be committed in a small, rural community than a city. That is likely no longer the case, but until well into the twentieth century the inhabitants of most subsistence-level farms were more concerned with their own welfare than the well-being of their neighbours. These women and men were not unaware of what went on around them, but they were not inclined to bring the authorities into their own troubled lives, even if it was to discuss murder.

Another theme readers cannot help but notice is that those who got away with murder were less often tripped up by good police work than by the suspicions of a family member of their victim. The father of one of the men murdered for insurance could not get it out of his head that his son died so soon after taking out a policy of insurance, just as the son of a neighbour had; the sister of a man poisoned by his wife was convinced that her brother had been murdered, despite the fact that his death was ruled natural. Her perseverance resulted in an exhumation, and a double execution.

The thing that perhaps surprised me most when I was researching these stories was that most killers wanted to be caught. An Ontario multiple-
murderer drove around the country in the bright red sports car of his first victim, his name spelled out on the hood of the car, with photographs of his victims taped to the dashboard. A Quebecer asked his girlfriend to kill his wife, and after she did, he killed her. Within minutes of being picked up by the police, he confessed virtually without hesitation. One killer began telling his neighbours about his crime within days of the murder, and continued to confess right up until the day of his trial; and an Ontario man killed his wife while his children watched from their beds, for the next decade daring them to go to the police.

All of the women and men described in this book got away with murder, for a while. Most were very bad people, who did little to hide their crime. Nonetheless, that they were caught was most often a result of bad luck. In fact, that is the lesson to be learned from these stories: if you want to get away with murder, you better be lucky.

They Got Away With It Before

The three cases discussed in this chapter are about individuals who murdered openly, and got away with it because none of their neighbours wanted to interfere. Had any of the four killers been content to stop with their first crime, their stories almost certainly would not have become known. But as is so often the case with those who deceive, success encourages continued bad conduct; and in the annals of Manitoba murders, no one’s conduct was worse than that of Fred Stawycznyk and Pauline Yatchuk.

For awhile Fred Stawycznyk had it all. He was thirty, the married father of three healthy children, and worked hard enough on his small acreage to be considered one of his community’s more successful farmers. Then in 1918 his young wife died, leaving him to raise the couple’s three children on his own. For the next few years everyone pulled together, and the family continued to prosper. Things changed when Nicola Yatchuk and his family arrived in Angusville, a small, mostly Ukrainian farming community near the Manitoba-Saskatchewan border about two hours northwest of Brandon. It is hard to imagine that the difference in circumstances between the Stawycznyks and the Yatchuks could have been any greater. While Fred and his kids lived in relative luxury, Nicola, his wife Pauline, and their five children lived in a shack set back fifty feet from one of the region’s busiest highways, about a kilometre from town.

Nicola was not cut out to be a farmer and three or four years after he and his family arrived in Canada he returned to the United States to pursue wage labour, leaving Pauline to fend for herself. It did not take long before Stawycznyk noticed the absence of his neighbour’s husband. Soon gossip spread that the two were having an affair, and beginning in 1927 the rumours became reality.

The first obvious product of the Stawycznyk-Yatchuk relationship was a baby girl, born on September 1, 1929. The child lived less than an hour before it was strangled. The tiny body was then placed in an empty fruit box and buried in the Yatchuk yard. What is difficult to imagine is that no one asked what happened to the baby, but unfortunately that was the case. In a farm community as isolated as Angusville, people minded their own business. Almost everyone in the district was an immigrant, and most had more pressing concerns than worrying about what was happening next door. That could not be said for Pauline’s husband though, and when he showed up it did not take him long to learn of the affair his wife was having with Stawycznyk. He packed his things, and with the three oldest of the five children he knew belonged to him, left.

Pauline was nothing if not fertile, and ten and a half months after producing her first illegitimate child, she gave birth to a second. On July 18, 1930, it joined its brother or sister in the Yatchuk garden, buried under two feet of soil. Again, no questions were asked. When they returned to their mother a month and a half later, even the children taken by their father to the United States appeared not to know about the latest birth. That could not be said of the twins born in June 1931. Although Pauline sent her children to the stable whenever Stawycznyk showed up, and it was there they waited while the couple carried on their affair and he delivered their mother’s babies, the kids knew what was going on. One year after the birth of the twins Stawycznyk was away from his farm and Yatchuk delivered a fifth infant on her own. The result was the same, except this time Pauline just covered the body and put it under her bed. It remained there for three days until Stawycznyk buried the child.