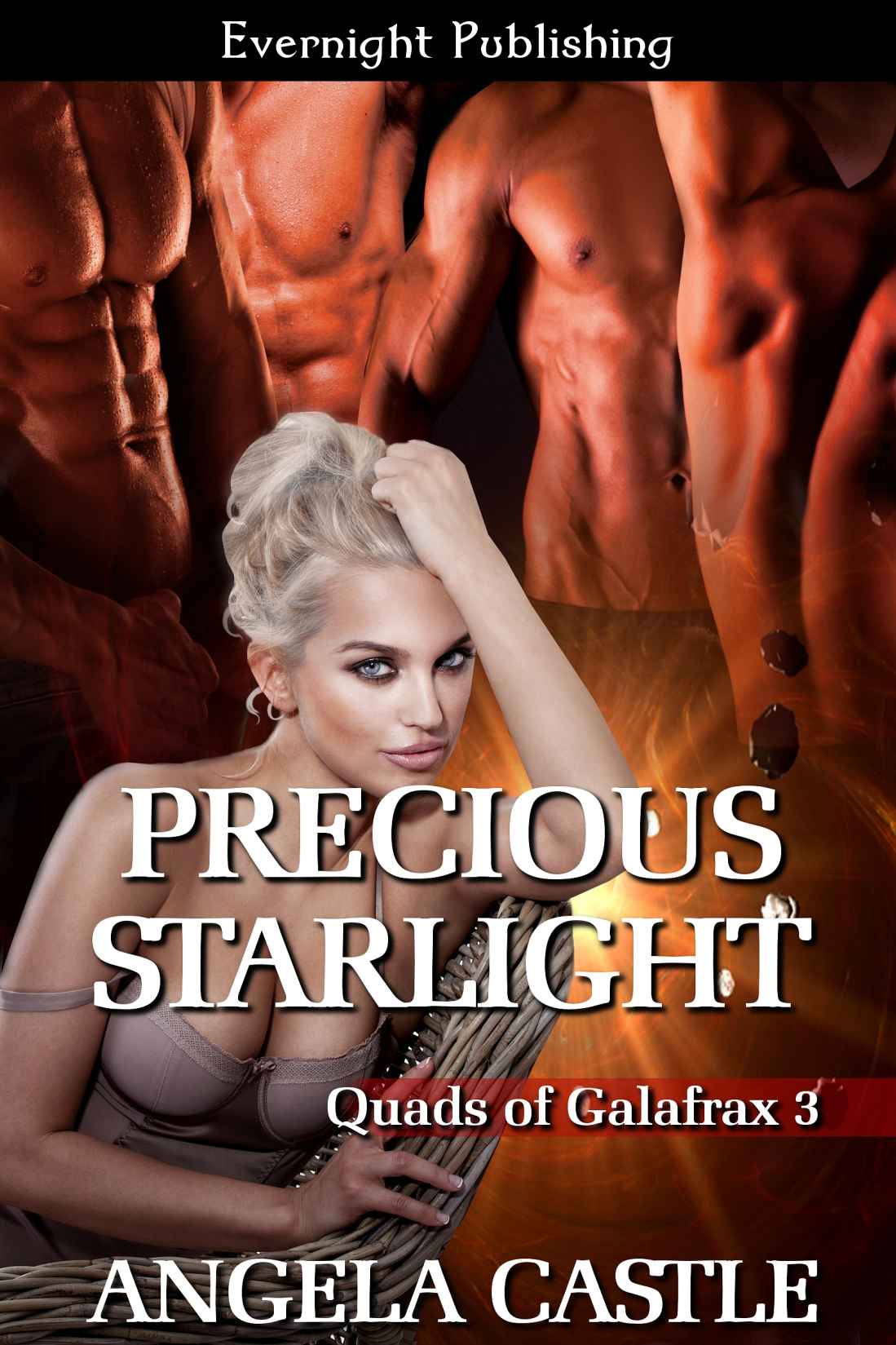 For the fans who kept the whip cracking to get his book finished. Thank you to my friends who help me flesh out some of the more difficult plot points.

No matter how Daisy Putter looked at it, there was no win-win scenario. In fact, it appeared to be all lose-lose. She didn’t know what was worse: that she’d been kidnapped by aliens, along with a group of other women, or that the two remaining women in the cages either side of her were complete and utter twits.

Sure, she had sympathy for them. Who in their right mind enjoyed being abducted by aliens, or put ‘on sale’ in space, millions of light-years from home? Right now, all they could hope for was to be bought by someone kind enough not to hurt them.

The prospect of ever being rescued? Zero to none.

“I still don’t understand,” said Stacy, the leggy blonde with the perky fake breasts. In fact, Daisy doubted there was much on the woman’s body that wasn’t artificial. The woman whined in Daisy’s right ear, sounding like nails scraping down a chalkboard. No doubt, back on Earth all she had to do was bat her eyelids, pucker her collagen-enhanced lips, and men would fall at her feet.

“It’s clear I’m beautiful. I’m not short or fat, like some people.” Her gaze slid to Daisy who rolled her eyes, ignoring the direct insult. “Perfect people are always higher targets for kidnapping. So, why did they take
her
?”

The brunette on Daisy’s left, Peta, had an ass you could bounce a coin off, her skin a lovely shade of ebony. Her teeth were gleaming examples, like those seen in dental care ads. Daisy slid another glance at her perfectly perky tits and heaved a heavy sigh.

Talk about the daisy among the thorny roses
.

“Stacy, we talked about this before. It’s our colours. It has to be why they chose us, not just because we’re more attractive than others, or they wouldn’t have abducted
her
,” Peta said, motioning to Daisy. “We can’t all be perfect. You have lovely golden hair. I have rich chocolate brown. The others had black and red coloured hair. But I have no idea what to call her colour.”

“Albino,” Daisy added to the conversation, more for her own benefit. Daisy shrugged. It was true: her long white hair had no colour at all. Her parents had named her Daisy when she’d been born with stark white hair and pale skin. Attempting to get a tan, besides one in a spray bottle, always left her blotchy and red. She simply had to accept the fact she was colourless, plain and overweight.

Stacy snorted in an un-ladylike way. “Still, fat people have no business being─”

“Abducted? Oh, trust me, Blondie. I’d love for you to have all the fun. I’ll just head back to Earth, put my feet up and have a cuppa and a hot doughnut.”

Daisy’s empty stomach chose at the same time to make its protest at not being fed known, with a loud growl.

Stacy screwed up her face at Daisy. “You are disgusting.”

“Better than trying to find a single brain cell in your head,” Daisy muttered under her breath, rubbing her stomach.

Oh dear, Stacy was in full, PMS bitch-mode again. Mind you, she’d been bitching on and off for what seemed like an eternity since they’d been abducted.

Daisy had connected with one of the women, Ruby. She was about the same size, not to mention one of the more sensible women among them. The kinship helped them both through the trauma of their situation. Sadly, Ruby had been sold off to some creepy fish-like creature.

Rather than give in and verbally spar with a brainless halfwit, Daisy just sighed again, resting her head against the back bars of the cage and trying to imagine herself back at home, her feet tucked into her Garfield slippers, sipping hot chocolate.

Daisy owned a bakery in a small country town in South Australia. She’d been on her way to work, a short seven-minute walk from her house to the shop, at two in the morning when out of the blue she’d been paralysed by some weird, blindingly bright white light. She’d passed out, only to wake up naked, with a heap of crying and completely freaked-out women surrounding her.

For what seemed like days, they’d been left with only water until, one by one, they’d had collars snapped around their necks and been dragged from their cages, only to be put on sale.

Buyers had come and gone, and it whittled down to only Daisy, Stacy and Peta, the bottom of the slave barrel.

“What I wouldn’t give for a hot bath and a massage at a salon.” Stacy started up again. “My nails are completely ruined.”

Daisy didn’t know what she had to do to get sold, but she was willing to try anything if it got her away from Stacy, the spoilt salon queen.

BOOM!
Daisy’s head snapped as the ground under them shook violently. Her eyes widened as the door, which led out to the auction room, exploded in a spectacular fireball. She flinched as burning debris flung outwards and rained down on their cages.

“Clear!” A deep voice boomed. In raced a dozen huge red men with black hair, in black uniforms, holding some kind of glowing blue weapons, which they briefly aimed at the women before lowering them.

Daisy winced, covering her ears as Peta and Stacy screamed at a pitch that could shatter glass and liquefy internal organs.

The big red men backed off. Daisy was more curious than afraid, and she tilted her head and blinked. Was she seeing double, triple even? Why did so many of the men look alike? Were they clones or something?

One of the non-clones handed his weapon to one of the four clones standing just behind him, before approaching the cages and kneeling down.

“It will be all right, pretty human females. We are not here to harm you, but rescue you.”

His gaze swept from Stacy, to her, to Peta before coming back to Daisy. She guessed it was because she was the only non-hysterical one of the three.

“Who the hell are you?” Daisy blurted out.

“I am Commander Loz Stormstrong, and we,” he motioned to the men standing behind him, “…are Demos, from the planet Galafrax.”

She fixed him with an 'are-you-stupid' stare. “As if I have a clue what any of that means.”

The commander, for a big red alien with big bulging muscles, was rather handsome and all the clones, in one way or another, appeared clean-cut with good looks.

“We have human females living on our planet, and human women are now a protected species under our laws. Let’s get you all out of these.” Loz went to work on the lock on Daisy's cage while two others, accompanying Loz, worked on Stacy’s and Peta’s.

They yanked open the doors and Loz held out his hand to Daisy.

“You have the colour of starlight in the vastness of space. So beautiful!”

Less than impressed with his flattery, she snorted, but was happy to get the hell out of the cage. She didn’t miss the way the Demos men’s gazes slid over their bodies before they were covered with blankets, seemingly appearing from nowhere.

“Take them to the ship and the medical bay. Make sure they are unharmed.”

She watched as Peta and Stacy were swept off their feet by the big red guys and carried back through the still smouldering hole in the wall.

She could see it in his eyes, he was going to try and lift her too. Daisy quickly yanked back, almost stumbling, but Commander Loz caught her by the arm.

“Don’t you
dare
try to lift me. I can walk by myself.”

“All Demos soldiers are strong. You are so small. I have been ordered to keep you safe, and there is burning debris on the floor. I will not allow your feet to be hurt.”

With the lack of food making her light-headed, and his little speech making sense, she conceded, nodding her consent. The commander puffed out his chest for a moment before bending slightly, hoisting her up into his arms.

Oh boy, is he trying to impress me?
Daisy shifted awkwardly, hooking her hands around his neck, frowning in puzzlement.

“Why do your, ah, soldiers look the same?”

“You are seeing my quad soldier teams. My brothers are still on the ship, as they have different duties. Understand, every male Demos is born in sets of identical quads.”

Now,
there
was something to blow her mind. “Every Demos male?”

“What about your women?”

He carried her through the doorway, and she glanced about to see Demos soldiers in all directions. Their gazes turned, falling on her as Commander Loz passed them.

“They are born singular.”

She giggled, feeling rather ridiculous. In fact, everything she’d been through was utterly ludicrous.

“Four brothers and one girl? That seems a little uneven. How do your women choose one of the brothers from the others?”

“They don’t. On Galafrax, it is one set of quads to one female. It is the way it has always been.”

“So are you taking us, uh, human women back to Earth?”

“I am sorry, my lovely lady––we’ve been able to free you, but we will be taking you back to Galafrax to live on our planet. Take heart: our planet treasures females, as soon you will see for yourself. Many Demos quads will vie for your hand, wanting you as their
sheraz
, as you are beyond beautiful.”

Okay, now she
knew
she was hallucinating. Daisy burst out in full-fledged hysterical laughter, as she realized:
one woman, four men.

“Crap.” The reality set in and her head spun. “I can’t marry four men!” she screeched, before passing clean out.

Look Both Ways by Alison Cherry
Together We Heal by Chelsea M. Cameron
The Council of Mirrors by Michael Buckley
Firestorm: Heart of a Vampire #5 by Kallyn, Amber
Fighting Destiny (Forsaken Sinners MC; Book 2) (Forsaken Sinners MC Series) by Shelly Morgan
The Dawn of a Dream by Ann Shorey
The Only One for Her by Carlie Sexton
Dead Mech by Jake Bible
The Dead Don't Get Out Much by Mary Jane Maffini
Conflicting Hearts by J. D. Burrows