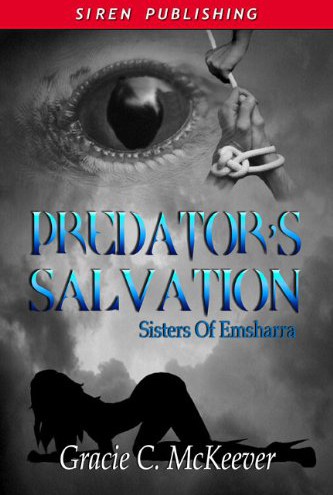 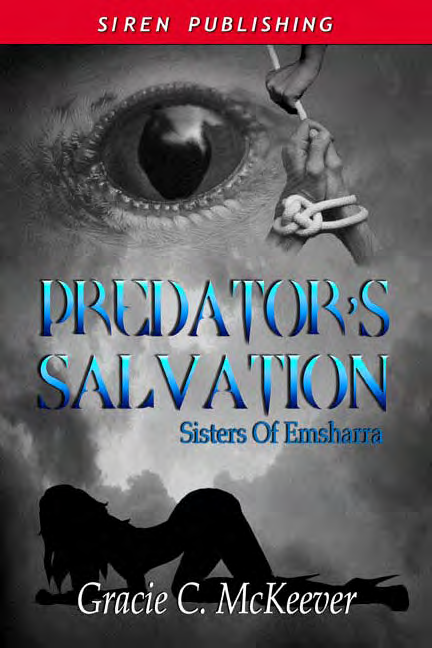 This book is for sale to adults ONLY as defined by the laws of the country in which
you made your purchase. Please store your files wisely where they cannot be
accessed by under-aged readers.

SEXTREME:
Excessiveness; many instances of unconventional sex; may be hardcore; not for the faint-hearted

An intern architect at Ryan and Associates, Mateo Diaz has spent the last year learning his craft under the tutelage of partner Alex Ryan. Alex is the closest thing to family that Mateo has known since losing his own family years ago. But not even Alex has been able to elicit the complete truth behind Mateo's family's death, especially when even Mateo himself is uncertain of the facts.

Shadowing the pair responsible for her exile, LaMia Enlil discovers a perfect means to her revenge against Alex and Genesis in Mateo Diaz, her newest target, a carrier of the rarest human energy, spirit-boost, and the only remaining blood-relative of the two males from whom LaMia once sampled the much sought-after
kundalini
.

Someone else, however, has a mean score to settle with LaMia and will not stop until she destroys everything the Inanna cares about, starting with her latest pet: Mateo Diaz.

ABOUT THIS E-BOOK:
Your non-refundable purchase of this e-book allows you to
one
LEGAL
copy for your own personal use. It is
ILLEGAL
to send your copy to someone who did not pay for it. Distribution of this e-book, in whole or in part, online, offline, in print or in any way or any other method currently known or yet to be invented, is forbidden without the prior written permission of both the publisher and the copyright owner of this book.

New York City—One Year after the Alliance and New Regime

Mateo Diaz tried to stay awake, but he couldn’t keep his eyes open.

She
was calling him.

“Are you listening to me, Mateo?”

He started, eyes flying open to stare up at the girl, catching the frown wrinkling her otherwise smooth, beautiful blonde features.

For these reasons, his mentor Alex Ryan thought Ginger Babcock was perfect for Mateo, but Mateo didn’t want sweet and nice. He wanted dark and dangerous. He wanted a dream, one he had been pursuing for years now. No human woman could live up to his fantasy—the relentless image of power and strength and raw sexuality. No woman could bring him so close to climax and death at the same time and make him like it, make him want more.

No woman like this existed, except the one who had killed his brother, and this woman existed only in Mateo’s nightmares.

He skated his hands down Ginger’s arms, from soft shoulders to hands until he twined his 1

fingers with hers and squeezed. “Of course I’m listening to you, baby.”

Ginger grinned, suitably mollified by his low drawl, and leaned in to run her tongue from his chin to his ear. She circled the outer shell and made him tremble with desire.

Mateo closed his eyes and arched his neck, trying to get into the mood. With a little imagination, he could get through this. He’d done it before, time and time again, the only thing that could get him off with a woman—a vision of the other’s long black hair, dark skin and hazel eyes. She was so different from Ginger, so different from any woman.

Damn, he was too young to be this obsessed, especially with someone he’d never met, someone who probably wasn’t real and definitely wasn’t good for him.

Ginger straddled him and slid her hand down to his hard cock. “I want you inside me, Mateo.”

He wanted that too. At least his cock did.

Just follow your cock and go with the flow.

He hated using a woman this way, each new girl only a substitute for
her
, but over the years, it had become a habit he found increasingly hard to break. It would serve him right if he suffered the same fate as his brother, but what a sweet death that would be.

Had he always been this heartless, or had his brother’s death made him this way? Could he keep using his family’s death as an excuse to be cold and calculating without his actions finally catching up with him?

Ginger bent her head over his erection, touching the tip of her tongue to the head of his penis and lapping the pearl of liquid. She was timid like an animal at a waterhole sensing a predator nearby.

Mateo fisted a hand in her long, blonde hair and lightly urged her forward. “Suck me, Ginger. Suck me hard.”

“I don’t have a lot of experience with this.”

“I’ll talk you through it.” He hated inexperienced girls, their fragile, unformed egos necessitating much begging, coaxing and less fucking. Not like with his dream. She was all woman, confident and experienced and made to please him as he had been made to please her.

“Just what?” His nostrils flared, her arousal a pungent aroma riding the wind to his nose.

His body shuddered with his want. “Don’t tease me, baby. You know you want this, too.”

“I do, but…Alex said you were a nice guy, that you were different…”

Alex lied. Mateo was different all right, though not in the way Alex and Ginger thought.

Mateo burrowed his hands through her hair. “You’re a hot sexy woman, Gin, and I’m no different from any other guy who wants you.” He leaned close to whisper in her hair. “I want to fuck your mouth.”

She shivered, whimpering as her warm feminine musk overwhelmed the air around them.

She went down on him again, eager to please now.

Mateo didn’t care what motivated her, just wanted to escape in the feel of her hot mouth wrapped around his cock.

Her lips and tongue were tentative at first, almost shy.

Mateo thrust his hips to encourage her. He moaned deep in his throat when she sucked his head into her mouth, then slid her lips down his hard shaft to his balls.

He fisted his hands in her hair, holding her in place and pitching his hips in a hard, steady rhythm that had her gagging and trying to pull back. “Hard, Mia…suck me hard…”

He heard her muffled shriek as she pulled off him and opened his eyes to see the hurt and angry expression on her face.

He couldn’t answer her, just gaped, unwilling to hurt her feelings even if she wasn’t who he wanted. Not even he could be that cruel to someone who didn’t deserve it.

Ginger leaped from the bed and hastily began dressing, cursing under her breath and preaching Alex and Mateo’s funeral the entire time. “I don’t like being the rebound woman…Alex should have told me that you weren’t over your previous girlfriend…This is just so embarrassing…”

Mateo tried not to laugh as he got out of the bed to go to her.

There was no previous girlfriend. Women came and went in his life like his teachers and professors at school and university—all temporary, all forgettable—none staying in his life long enough to earn the title ‘girlfriend.’ He didn’t have the desire for more permanent connections, had learned early on that nothing was permanent. Nothing lasted.

Why did he say that name?
Was
‘Mia’ the woman in his dreams? He’d never been able to put a name to his fantasy before just now.

Mateo joined Ginger in the middle of the floor and gently rubbed her shoulder. “Ginger, I’m sorry.”

She pulled away, arms folded across her generous breasts. “Just take me home.”

“Sure.” Then he’d come back to his brownstone, jerk off to the new vision of his mystery woman, this ‘Mia,’ and hope that Ginger didn’t spill her guts to Alex and give Mateo’s mentor more of a reason to pity Mateo and try to hook him up with another nice girl.

“I told you there was something different about Mateo, something special, Alex.”

“After what Ginger told me, I’m more sure than ever of that.” Alex Ryan sighed and rubbed his eyes with a thumb and forefinger as he tightened his grip on the receiver and pressed the phone closer to his ear as if to bring his wife and her strength closer.

“He reminds me of you,” Genesis said softly.

That was what worried Alex. He’d gotten past Mateo’s shields a couple of times to see 3

The Queen of Tears by Chris Mckinney
A Protector's Second Chance (Unit Matched #2) by Mary Smith, Rebecca Cartee
His Wild Highland Lass by Terry Spear
Tango: The Tale of an Island Dog by Eileen Beha
El asesino del canal by Georges Simenon
Living Rough by Cristy Watson
Ghost Stalker by Jenna Kernan
The Steampunk Detective by Darrell Pitt
Dreaming Out Loud by Benita Brown
The Fall of the House of Wilde by Emer O'Sullivan