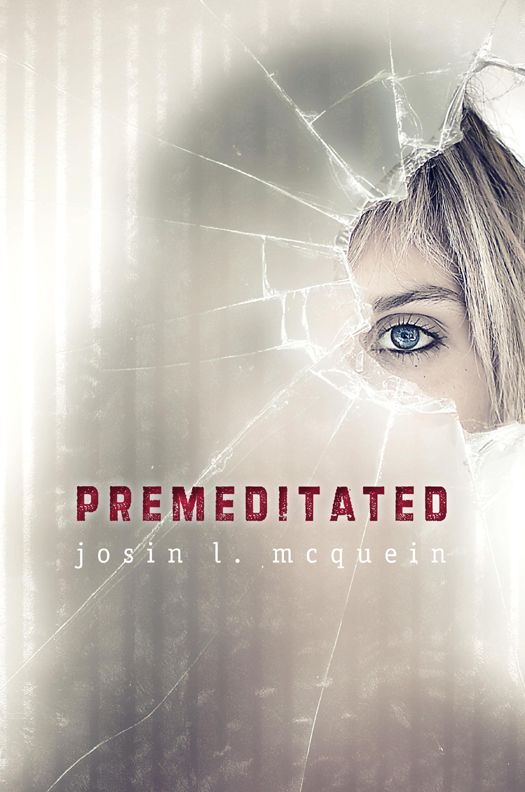 All rights reserved. Published in the United States by Delacorte Press, an imprint of
Random House Children’s Books, a division of Random House, Inc., New York.

To my father, Stephen Hatton

There’s great irony in a novel. Writing is a solitary occupation, but no book is solely the work of one person by the time all is said and done. So thank you to those who I’ve been blessed to come into contact with, and to those who have offered their hands to help pull me a little farther along:

My mother, who is nothing like Dinah’s, and who taught me to love books before I could read them on my own.

My father, who was the embodiment of the word
tenacity
, and who managed to turn “six months to live” into more than twenty years. I wish he could have seen this day.

My family, who probably still think I’m the odd one of the bunch, and who are probably right.

My teachers, first for telling me that the rules should never be so rigid as to beat the story out of a novel, and then for reminding me that they should be just rigid enough to give it a backbone.

The sharkly Janet Reid, who gave me the push to finish a novel I was debating scrapping and who steered me toward my first agent. Hopefully my efforts are sufficient to ward off the minions she threatened to send my way if she didn’t get to read this book.

Suzie Townsend, who took a chance on me, found the flaws I couldn’t see, and helped me sew up the holes I hadn’t realized I left in the story. She managed to keep her feet firmly on the ground, despite my best efforts to drive her up the nearest wall.

Krista Vitola, who took sandpaper to the story and found a way to grind down the rough edges so there’d be nothing left to trip a reader up.

And God. This whole endeavor has been miraculous from start to finish, and I thank God for that.

—Lewis Carroll, “A Boat Beneath a Sunny Sky”

Killing someone’s easier than you think. All it takes is decision, aim, and follow-through. Like basketball, only you shouldn’t expect people to leap to their feet and cheer if you hit the free throw.

The whole thing’s a done deal in a matter of seconds.

Revenge, on the other hand, and I mean real, calculated, make-him-sorry-he-was-ever-born vengeance, takes time and planning and patience. You have to smile when you want to scream. You have to look your target in the eye when you’d rather claw his eyes out. And you have to ignore the slow-spreading burn in your gut until it turns to ice and sets your resolve so completely you can’t turn away without splintering.

Do it right and their blood will be on their own hands. Just another tragic teen suicide on the back of page three in the local newspaper, with a memorial page in the school yearbook. Lots of flowers, and stuffed animals, and card collages stuck to the door. Pretty words and puffy, red-rimmed eyes from people who question why but don’t look hard enough to find out.

No matter how messy it gets, or how much blood’s involved, suicide’s a clean kill.

Though any scenario ending with Brooks Walden in a mangled heap would have worked for me.

The morning I started Lowry, I should have been wandering the halls of my generic public high school with my hair dyed that particular shade of black that screamed “back off” to anyone not invited into my space. Maybe the metal on my boots would clink because the floor wasn’t as smooth as it should have been. but instead, the only metal I wore was the seat belt buckle latched tight against my left hip. Knees that hadn’t seen daylight outside of PE poked out from under the hem of a blue and burgundy plaid skirt.

If I’d been at the place that passed for home, no one would have recognized me.

“You don’t have to do this, you know,” my dad said from the driver’s seat.

He’d been working up his nerve for nearly ten minutes, gripping the steering wheel harder the closer we got to the school, and by the time he actually said it, his voice came out loud and hard, which made him stop talking to rein it in. He adjusted his Braves cap, pulling it lower in the front, then tugging it back again (most likely the habit that cost him his hair on top). The only times he ever removed his cap were for church at Christmas and Easter, or family dinners when Nonie used to come over. Serious stuff. He took it off there in the truck and Frisbeed it onto the dashboard above the steering wheel.

“I can enroll you back at Ninth Street and it’ll be like you
never left. You can sleep in the back of economics with Tabs, and start food fights with inedible spring rolls. Help Brucey flood a toilet or two.”

“He hasn’t done that since middle school, and it was an accident,” I said.

He didn’t believe me, and I didn’t expect him to.

“Here” was the Eleanor Lowry School—the sort of place people call “storied” or “venerable,” where one day’s biology partner became the next day’s business contact. The names on the rosters hardly ever changed, with the exception of a few scholarship cases, because the surest way to get in was as a legacy.

I was
not
a legacy, nor did I rate a scholarship, but I had Uncle Paul. And Uncle Paul had enough money to make both of those non-issues.

The school loomed ahead, appearing suddenly from behind the trees, despite the fact that the top spire should have been visible for miles. An old building, built with older money. Ivy covered most of the facade, letting glimpses of white stone peek through. The grounds were pristine and protected behind high gates Dad had to enter a code to get past.

Definitely not my old school, with its genuine cinder block walls and the latex paint in bright orange and gray, guaranteed to burn faster than paper and choke us all if the place ever caught fire.

Dad kept staring at me. He hadn’t quite figured out why I’d done everything but get on my knees and beg to go to prep school, but he knew something was up, and he knew that it
had to do with Claire. I think he was expecting a breakdown. I certainly felt like I’d have one at any moment.

Everything about Lowry screamed privilege and perfection, while everything inside me screamed terror and fury. I was fostering the latter to deal with the former, hoping they’d cancel each other out, and I flipped the visor mirror down to make sure neither showed. I couldn’t help Claire if I got caught because I wore my emotions on my face.

I was ice—a plastic, perfect doll. I was a mole. I was nothing but the new girl, and the only expression I would allow myself was the kind that came with intestinal butterfly infestation.

The smell of rotten meat
.

Whatever collected at the far end of the gutter that squished through my fingers when I cleaned it out
.

Focusing on disgusting things gave me a semi-sick glaze that went well with the pallor left behind after I’d gotten rid of my usual makeup. One stubborn pinpoint on my nose still showed through where I’d taken out my nose ring; no matter how much I smudged around it, it wouldn’t blend.

My head still burned from bleaching out the dye, and I couldn’t stop picking at my scalp to soothe the sting. I reached up and adjusted the hateful blue band I was required to wear, letting a few more bangs fall forward until I looked more like I was planning to hide in the bathroom than plot the surgical deconstruction of the local Golden Boy.

“Your hair’s fine, D, but I wish you’d’ve let Helen help you. I keep expecting it to fall off your scalp from the roots.”

Typical Dad attempt at small talk. He was usually better
than that, but considering the week we’d had, it was no surprise that he was off his game.

“I read the directions.”

“Your aunt and uncle really appreciate your staying,” he said, rather than argue the point.

He let the thought drop, the way everyone did when they started to mention Claire. They all choked on her name, like she was a ghost who hadn’t quite caught on yet.

“Don’t think you have to shoulder this, kid.”

“I want to stay close in case something changes, and I don’t want to go back to Ninth Street if I’m only going to be here a few weeks.” That was the conservative estimate. Claire would either wake up, or they’d stop expecting her to. “I’d just have to say goodbye to everyone again when Mom makes me come home. This way, I’ll only be leaving strangers, and Aunt Helen and Uncle Paul didn’t waste the tuition money.”

It was a lame excuse, but also the only one I could think of to counter my mother’s objections. Compassion wasn’t enough of a hook; money was the only thing she’d listen to.

“In a few weeks, they won’t be strangers anymore,” Dad said.

Our truck melded into the flow of sedans and SUVs circling a paved drive with an ornate fountain in the middle. Stone deer and bear cubs played in marble flowers while fairies poured water into a stream that emptied into the main bowl.

My old school had a flagpole and a dirt ring that, according to legend, had held daisies at some point.

“People from a place like this will always be strange to me.”

D, which is short for Dinah, which is short for my
great-grandmother, is my given name, and the first recorded instance of my dad protecting me from my mother. She intended to name me Diamond Rain or Rayne or Rhane—the spelling changes with each lament when she retells the story. Kind of like plain old Stacy became Stacia for the acting career that never was. Dinah and all associated nicknames were rejected as too plain for her taste; they set off her allergy to the mundane. But Dad still had a spine in those days, and filled in my birth certificate before her meds wore off.

Secrets of the Deep by E.G. Foley
Seduced By The Candidate (The Candidate, #1) by Beth Klein
Encyclopedia Brown and the case of the midnight visitor by Sobol, Donald J., 1924-, Brandi, Lillian
The Dance of the Dissident Daughter by Sue Monk Kidd
Amandine by Adele Griffin
RUSH: A Vampire, A Witch, A Secret, A Rush. by Cassandra Webb
The Mephisto Mark: The Redemption of Phoenix by Trinity Faegen
Elegy Owed by Bob Hicok
The Running Man by Richard Bachman
Léon and Louise by Alex Capus, John Brownjohn