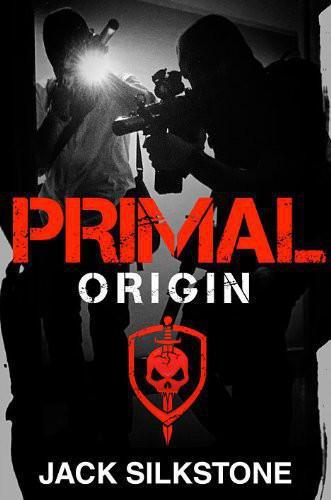 PRIMAL Origin is the first short story in the PRIMAL series. It is a prequel to the full-length PRIMAL Unleashed novel and reveals the origins of PRIMAL.

Abu Dhabi is a city that dazzles with the trappings of wealth. Beneath this thin veneer lurks a sinister threat. A rich and powerful supporter of terrorism who will stop at nothing to rid the Emirates of Western influence.

Two CIA operatives are given the mission to track down an unknown terrorist group.  Forced to question the morality of their government, they take matters into their own hands.

The head of counter-terrorism operations in the Emirates is a man trapped between honor and morality. Surrounded by enemies, he must look for new allies to bring justice to the untouchable.

In this world of turmoil and intrigue, a new organization is formed, a group of men willing to bring justice to a world filled with evil. Who are they?

Jack Silkstone is a writer with a background in Military Intelligence, Counter-Intelligence and Special Operations.

“If you like Tom Clancy, you’ll like PRIMAL. It bristles with authenticity because the guy who wrote it used to do it for real.” Matthew Reilly, author of ICE STATION, SCARECROW and THE FIVE GREATEST WARRIORS

This book is a work of fiction. Names, characters, places and incidents are either products of the author’s imagination or used fictitiously. Any resemblance to actual events, locales, or persons, living or dead, is entirely coincidental. All rights reserved. No part of this publication can be reproduced or transmitted in any form or by any means, electronic or mechanical, without permission in writing from the author or publisher.

Warning: this story is intended for mature audiences and contains violence and profanity.

The US Embassy in Abu Dhabi didn’t impress Vance. Like so many other buildings in the Emirates city, it was a monstrosity of steel and glass, chilled to almost Arctic temperatures by an army of air conditioners. A CIA field operative, the solidly built African-American wasn’t bothered by the heat of the Arabian Gulf. He’d been in the country for over a month and was fully acclimatized. So much so, he was shivering as he waited for an audience with the ambassador.

“They always have it up way too high,” the ambassador’s receptionist said.

Vance attempted a smile. “Yeah, it keeps the penguins working.”

The pretty blonde laughed and returned her attention to the screen of her computer.

Vance scanned the room again. It was lavishly furnished, some new vogue designer’s attempt to give it some warmth. The marble floor was laid with ornamental Persian rugs. Expensive paintings graced the walls on either side of a pair of solid mahogany doors that barred entry into the ambassador’s office. It was nothing like the rough compound he’d called home for the past five weeks.

Vance and his sidekick, a former Marine called Ice, were working with a World Health Organization team in an industrial sector of the desert city. They had set up a health clinic to support thousands of the city’s impoverished workers. A US Government sponsored initiative, the team was currently checking for any signs of a super-flu pandemic.

In reality, the WHO team was providing cover for the CIA to track down a deadly terrorist group. In the last month, a spate of suicide attacks had rocked the Gulf States, targeting Western aid workers and government officials. CIA analysts believed the attacks were linked to the recent US invasion of Iraq. However a source had identified one of the suicide bombers as being Bangladeshi, recruited from the UAE’s migrant work force. Vance and Ice had been sent to Abu Dhabi to track down the recruiters and follow the link back to the terrorist command structure. So far the few leads they’d found had been dead ends. Despite this, Vance’s experience and gut instinct told him they were hunting in the right place.

A buzzer sounded on the receptionist’s desk. “Sir, the Ambassador will see you now.” She rose and walked across to open the heavy wooden doors.

Vance extracted his muscular frame from the sofa and followed her into the Ambassador’s office. The opulence of the waiting area was magnified tenfold in the huge room. Tall, blast-proof, tinted windows reduced the sun’s glare but allowed a sweeping view of the malls, hotels, and high-rises that had sprouted from the oil-rich sands of Abu Dhabi. This was the office of a man at home with wealth and power.

Howard D. Beecroft sat behind his antique desk and examined Vance with a critical eye. He noted with scorn the dusty boots, grubby khaki cargo pants, and faded blue shirt. His gaze lingered on the weathered features of the bull-headed CIA veteran.

“So this is the renegade running blackops in my Emirates,” Beecroft said.

Beecroft sported a portly frame and ruddy complexion, the result of years spent on the Abu Dhabi cocktail circuit. “Yes, the CIA didn’t seek my approval for your little mission.” The ambassador’s voice was clipped and pompous. His chins wobbled as he spoke.

Beecroft tipped back in his soft leather chair. His belly strained against a tailored waistcoat under a dark blue suit. Vance almost expected to see a gold chain disappearing into the vest pocket.

“I don’t think you understand, Mr…” The Ambassador searched for a last name, then realized he had never been told. “I don’t think you understand just how important the Emirates is to America. The lifeblood of our nation flows through this relationship and it is my job to ensure that nothing damages that. That no obstacles block the flow. Obstacles like you.” Obstacle was a good word to describe the hulking African-American.

Vance looked a little puzzled. “Don’t get me wrong, I understand the situation. But what I don’t get is how a discreet CIA operation could be considered an obstacle.”

“Discreet? Is that what you think your little mission is?” Beecroft selected a manila folder from a pile on his desk. “If it is so discreet, then explain to me why the head of the Special Tasks Branch is sending me reports warning that you are, in fact, the next target for the very terrorists you’re supposed to be hunting?” He threw the folder on the desk in front of Vance. “Your operation has the potential to severely embarrass my standing with the Emir. I can only hope that he isn’t aware of your presence already.”

Vance stepped forward to pick up the folder. It contained a single page police report. He skimmed it quickly and dropped it back on the desk. “How the hell did they find out we’re here?”

“Evidently your World Health Organization cover isn’t as good as you think.”

“That’s total bullshit, Mr Ambassador, and you know it.”

“How it happened doesn’t matter.” Beecroft was waving his finger at Vance as he spoke. “The simple fact is you’ve been compromised and now you’re out. My aide has arranged tickets for you and the––”

“Get the WHO team out, but I’m staying.”

Beecroft pushed back his chair and struggled to remove his corpulent frame from its clutches. He finally jumped to his feet, drawing himself up to his full five foot nine inches. “You will do no such thing. This is my post and I will––”

“You will sit the fuck down, Ambassador!” Vance growled from a height advantage of almost six inches. Beecroft shrunk like a deflated balloon, dropping back into his chair. “The only way I could have been compromised is through this office.”

The Ambassador opened his mouth to object but Vance cut him off again.

“Now. You’re probably not harboring Bin Laden and his boys, so my guess is you blabbed to one of your buddies at poker.”

Beecroft opened his mouth to protest, but thought better of it.

“Now usually I would get very, very upset about that, but this time I’m gonna let it slide. What I won’t be doing is getting on any airplane.”

The Ambassador’s face turned a brighter shade of red. “You will get on that plane. Otherwise I will submit a report to Washington.”

Vance smiled. “You go right ahead and do that, Mr. Ambassador. By the time your report gets read and someone takes notice, my job here will be done. So you just get back to protecting the flow of oil and I’ll get back to tracking down killers.” The CIA operative turned and walked towards the door.

“This will be the end of you, Vance. I’ll make sure of that.”

“Take your best shot, Mr Ambassador. Better men than you have tried.”

Ice was waiting in the car park when Vance left the main building. He wore a similar rig to Vance: desert tan cargo pants and a loose-fitting shirt. The former MARSOC operator was chatting with a member of the Embassy’s Marine security detail. The guard was a big man, at least six foot, but the CIA operative towered over him. With short blonde hair, a square jaw, and the build of an NFL quarterback, Ice was a formidable-looking individual.

Spotting Vance, he shook hands with the Marine and walked back to their Toyota Landcruiser, starting the engine. Both men sat in silence as they pulled out from the embassy carpark, until the battered four-wheel drive had merged into Abu Dhabi’s hectic traffic.

“Find a place to park. I need to make a few calls,” Vance replied.

“Yes and no.” Vance gave him a run down on the conversation with the ambassador. “The crux of it is we’ve been compromised and now the hunter has become the hunted.”

“There’s more good in this than bad, Vance,” stated Ice.

“The way I look at it, the Ambassador’s done us a favor. Now we know for sure that this terrorist group has links to the Emirates government. We just need to flush them out.”

Vance looked sideways at the former Marine. “Ice, you’re nuts. I tell you a bunch of jihadist motherfuckers are gonna try and blow us to hell and you think it’s a good thing.” He shook his head and laughed.

The corner of Ice’s mouth turned up in a slight smile. His eyes never left the crowded highway.

Vance continued. “Only problem is that pompous cocksucker has given us the boot. It won’t take Langley long to follow that up and shit-can us.”

“Yep. First things first, we need to get the Doc and his crew out.” Vance pulled out his phone and scrolled through the contacts, looking for the doctor in charge of the WHO team. “After that I’ll tee up a meeting with Tariq. We need to find out how Special Tasks got wind of the attack. You call FedEx and find out if the gear has arrived.”

Ice pulled into the parking lot of one of Abu Dhabi’s entertainment complexes and slotted the four-wheel drive into a free spot. Vance was already talking to the head of the WHO team. Ice jumped out of the vehicle and dialed the local FedEx depot to check if the extra equipment he had ordered from Langley had arrived. With a direct threat to the team, he’d be happier packing a little extra heat.

An hour later, Vance was waiting in an emergency fire escape at the Al Wahda shopping mall. A symbol of the Gulf city’s progress, the mall was a sprawling complex of over 120 high-end retail outlets. Vance hated it, all sparkling marble and glass, built by unskilled migrant labor with petro-dollars. Like so many things in the Middle East, the glamor was a thin veil. In the staircase, behind the scenes, the flaking paint and exposed wiring told another story.