Princess Ever After (Royal Wedding Series) 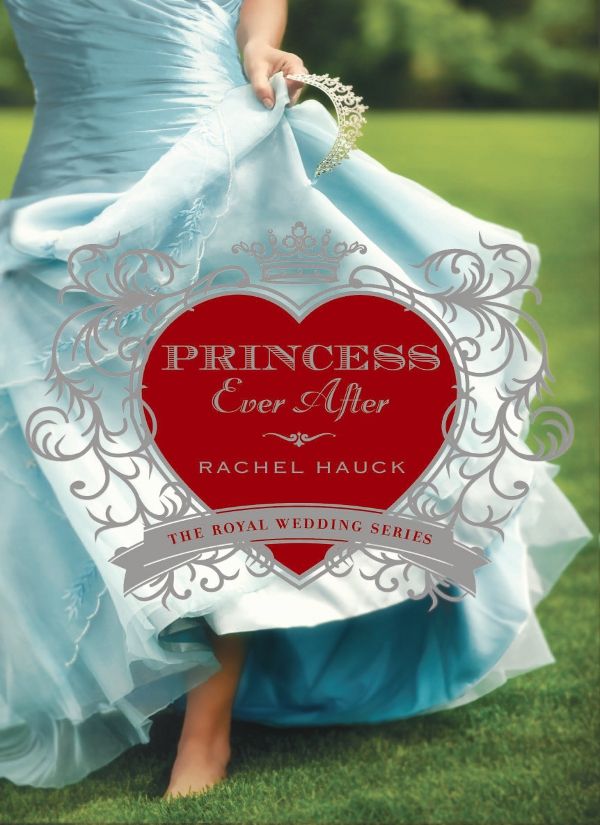 A
CCLAIM FOR
O
NCE
U
PON A
P
RINCE

“I didn’t just love this story, I wanted to dive in and live in it . . . If you are looking for a book to get lost within, this is it!”

“Hauck has created an enchanting novel featuring a charming hero and heroine.”

“Well-developed secondary characters are entertaining in their own right, adding a quirky touch (as do cameo-style appearances by real-life royals). Hauck fans will find a gem of a tale.”

“
Once Upon a Prince
is a modern-day fairy tale that’s a delightful page turner full of fun, faith, and barbeque.”

Once Upon a Prince

Sweet By and By

Princess ever after : a Royal Wedding novel / Rachel Hauck.

Printed in the
United
States of America

S
he’d found bliss. Perhaps even true love. Behind the wheel of a ’71 Dodge Challenger restored to Slant-6 perfection.

Fishtailing into turn two of a west side Tallahassee dirt track, Reggie shifted into fourth gear and pushed the car to its max, the thrill of the race electrifying her entire being.

The engine rumbled with authority as the tires hummed over the track, churning up dust as if to truly bury yesterday. Firing down the straightaway toward pinkish-gold remains of twilight leaking through the tall pines, the last thread of Reggie’s lingering doubt flitted away on the cool September breeze.

This was what she’d been born to do—restore junked-up, forgotten old cars to their original, classic beauty. And it only took her twenty-nine years to figure that out.

The boys at the finish line—Al, Rafe, and Wally—flagged her home with their hats in hand.

This was amazing. Simply amazing. She should’ve done this years ago. Jump from the corporate CPA ship onto the barely floating life raft of “pipe dreams.”

In the last six months, she’d endured more than her share of sleepless nights since she traded her business suits for coveralls
and entered into the car restoration business with Al, who was like a second father to her.

Reggie checked the speedometer. The needle shimmied right at one hundred.

She sped past the finish line. An air horn sounded. Male voices rose with hoots and hollers. She’d done it.
They’d
done it. And without leaving a trail of car parts littering the racetrack.

Downshifting, Reggie aimed for center field, whipping the car in a series of donuts, mashing on the horn, gunning the engine, letting the 440 breathe and have its say.

Oh mercy, building and installing this engine had given them fits. Those days were the ones most filled with doubt, when Reggie considered dialing her old firm, Backlund & Backlund, and begging for her job back.

One last spin around the infield and Reggie stopped the car and hopped out, letting the engine idle. Rafe swooped her up, whirling her around. “We did it!”

When he set her down, Al embraced her in his dark, teddy bear arms. “I’m so stinking proud of you, girl.”

“But you were willing to take the leap.” Al, a retired Marine master sergeant, and her daddy’s best friend all the way back in the ’60s at Sullivan Elementary School, was the brains and brawn behind opening the shop.

When Al had approached Reggie with the idea six months ago, she had nothing to say but “Where do I sign?”

Then he hired Rafe, a Marine who served with Al right before he retired. Rafe left the Marines after three tours in Afghanistan and hitchhiked from North Carolina to Tallahassee in search of “Sergeant Al.”

Ole Wally arrived at the idling car last. “I do believe she’s plum beautiful. Reg, you drive better than Danica.”

She threw her arms around the wizened old redneck with thin wisps of white hair sticking out from under his Jeff Gordon 24 cap.

“Wally, your engine work is the best in the business, and I’d bet my firstborn on it.”

“Reg,”—Wally spit, an old habit left over from his Red Man chew days—“don’t go banking money on an account you don’t have. Got to find a man, go on a date, get married so’s you can have a firstborn.” Wally sauntered around the car. “Rafe, did you hear something pinging with the engine? Thought I heard it long about the eight cylinder.”

“Let’s listen for it on the ride back to the shop,” Rafe said, leaning over the hood, listening for the ping.

The shop was an old red barn Al had found way out Blountstown Highway. It worked because it was big and airy with a solid roof. But mostly, because it was cheap.

Reggie squinted through the long angles of light and shadow as Mark, her date for the evening, made his way toward her.

“Mark . . . hey . . .” Reggie tugged her phone from the pocket in her coveralls. Was it seven already? No, it wasn’t seven. It was seven thirty. Seven thirty-one, to be exact. She was late. “I’m so sorry.” She met Mark on the other side of the car, glancing back at Wally and shooting him a goofy look. “We had to run the car one last time. Wally heard a ping in the engine.”
Well, he did.
“Danny Hayes is picking her up in the morning, and we have to be sure she’s running at one hundred percent.”

“Wally and Al can manage a
ping,
Reg.” Mark swiped his finger across the dusty hood and made a grand gesture of checking
his watch. “Because you and I are late.” He stared at her coveralls. “Is that what you’re wearing?”

“Yes, it’s all the rage in women’s fashion this season in New York, Mark. Grease-stained coveralls.” Reggie raised her foot. “But I am changing into a pair of fancy boots. Won’t that look smart?”

“That-a-way to give it to him, Reg.” Rafe nudged her in solidarity as he came around to slip into the driver’s seat.

“Drive careful, Rafe. Get the car back to the barn and cleaned up, okay?” She unzipped her coveralls and stepped out. Underneath she wore jeans and a black, pleated V-neck top—perfect attire for a Wakulla County fish fry. Even if the guy hosting it was crazy rich.

Handing her wadded-up coveralls to Rafe through the window, she winced at the worrisome sound of “overbearing mother” in her words. Nevertheless . . . “White-glove the interior, the exterior, even the wheel wells.”

“Gotcha, boss.” Rafe grinned and gunned the gas while Wally hovered over the engine, ear cocked to the sound of the mysterious ping.

Al motioned for Reggie to step aside with him. “Reg—” His voice broke, and when he looked up, a dewy sheen slipped across his brown eyes. He sniffed, raised his chin, and drew a deep breath. “We done good, girl.”

“Yeah, we did.” A well of tears filled her own eyes. “I owe you, Al. Big. Now we just have to figure out where our next job is coming from. I was thinking—”

“Have a good night, Reg.” Al grabbed her shoulders and turned her around. “I just wanted to tell you I was proud of you. Now, go. Have fun. Laugh. Enjoy your success.”