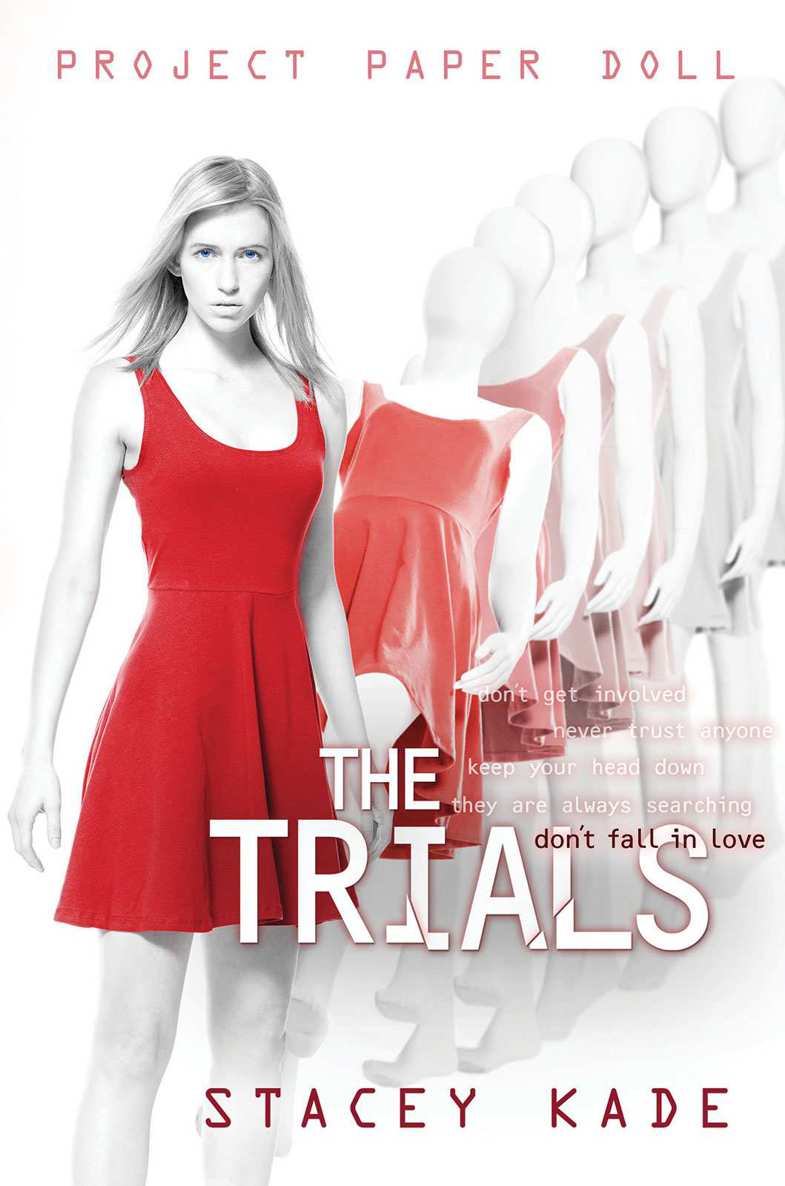 All rights reserved. Published by Hyperion, an imprint of Disney Book Group. No part of this book may be reproduced or transmitted in any form or by any means, electronic or
mechanical, including photocopying, recording, or by any information storage and retrieval system, without written permission from the publisher. For information address Hyperion, 125 West End
Avenue, New York, New York 10023.

This book is dedicated to you.
Yes, you, standing (or sitting) right there.
I love telling stories. Thank you for letting me.
Thank you for reading.

P
RIVATE
J
OSEPH
“J
OE
” Z
ADOWSKI WAS
young, maybe only four or five
years older than me. His reddish blond hair was cut short, buzzed on the sides. He was about a foot taller and a hundred pounds heavier than me, though his green fatigues bagged loosely around him,
like he was playing dress-up. Freckles stood out as dark splotches against the pale skin of his nose and cheeks.

But if I was going to do this, I owed it to Joe to remember his face. It would haunt me for the rest of my life. Fortunately I didn’t expect the rest of my life to be all that long. The
trials were just weeks away. I’d survive long enough to see my personal mission through, but that was it.

“They told me you’re dangerous,” Joe blurted, surprising me.

Interesting. The techs or Dr. Jacobs? Likely the former. I had a hard time imagining Jacobs deigning to meet and greet the human being he’d brought in to serve as a guinea pig.

“What else did they tell you?” I asked Joe.

He shifted his weight from foot to foot, his fingers tapping against his leg. I didn’t see a weapon on him, but I suspected that nervous twitch was him wishing he had one. He hadn’t
come in farther than was necessary for the door to close behind him. “That, uh, I’m supposed to subdue you by any means necessary.” He produced a pair of clear zip ties from his
pocket, a prop provided by Jacobs or the techs. There was no way he’d actually get close enough to use them, even if he didn’t know that.

“107.” Dr. Jacobs’s voice sounded over the intercom in warning.

Joe jumped. I ignored it. Dr. Jacobs was, I was sure, watching on the monitors in the observation room. The glass wall was opaque at the moment, preventing me from seeing him. But his impatience
and eagerness crawled over my skin like a thousand biting ants.

“And?” I said again to Joe, drawing his attention back to me.

His expression flashed irritation mixed with fear. “You’ll fight me the whole time, supposedly.” Already he was making assumptions about me, based on my size and gender. Not
smart, but inevitable.

I had just a couple more questions. “You’re a volunteer?” I asked, confirming what I’d been told.

“Yesss,” he said, drawing out the word, not understanding at all why this was relevant.

“And they told you you’d be risking your life?” I pressed. More than “risking,” actually, but that wording was the only compromise Dr. Jacobs and I had been able to
reach.

Joe lifted a shoulder in a shrug. Even with the strangeness of the situation and all the unknowns I could hear circulating through his head (
What is this place? There’s definitely
something wrong with her. Why is she so calm?
), he wasn’t nearly as concerned as he should have been.

“I like my odds,” he said, staring back at me for the first time, his ego rising up against that quiet voice of doubt, the niggling sense that something was “off.” After
all, I was just a girl, and a small one at that.

“107, time is wasting,” Jacobs snapped over the intercom.

He must have been running a timer along with the camera that would record what was to transpire. Yes, heaven forbid I did not break world records in speed
and
manner of killing.

“You know the consequences if you don’t do as you’re told,” Jacobs continued.

I let him come at me, feeling a bit of grim enjoyment for the momentary panic that caused on the other side of the observation window, and then slid out of his reach, my back to the opposite
wall.

“Don’t make this difficult,” Joe said, shaking his head with exasperation. The fact that he’d charged at me and nothing had happened—not that he was sure what to
expect, exactly—had boosted his confidence.

Guilt sprang to life in me, throbbing like an infected cut. Delaying wouldn’t change anything, and by doing so I was toying with him, giving him hope where there should be none.

So, when he came at me again, I stopped him, lifting my hand and directing my power to wrap around him, freezing him mid-lunge. It involved little more than a thought from me, no longer the
struggle it had once been.

“I won’t make it difficult,” I promised him as his eyes bugged out in panic. His muscles tensed, fighting against me as he struggled to free himself. It was pointless, I could
have told him. We were both trapped.

Finding his heart, thumping madly in his chest, wasn’t hard. Neither was the process of stopping it. Just a squeeze of directed power around that muscle, which, though powerful and
necessary for life, was no different than any other.

It’s a necessary evil to save others.

This is the least of all the atrocities that will be committed if I
don’t
do this.

I don’t
want
to do this.

But none of those thoughts helped as I watched Joseph “Joe” Zadowski, he of the freckles and the nervous fingers, recognize that something was very, very wrong. His face turned from
a flushed red to a disturbing purplish blue as his heart slowed and he stopped trying to escape and worked instead to keep breathing, to keep living. His last thoughts were of his family, a flash
of his mother—a woman with graying hair, round cheeks, and a perpetual but tired smile—and a younger brother sticking his hand up to block Joe on the basketball court, a triumphant grin
when he succeeded.

“I’m sorry,” I whispered, my throat tight as Joe’s body sagged in my grip and his eyes closed.

But I didn’t stop.

I couldn’t. Not now.

I repeated that refrain in my head, over and over again, blocking the errant thoughts and memories that threatened to interrupt my concentration as I pushed myself through another round of
sit-ups on the shiny white floor of my cell.

I’d kept a running countdown of days, based on the cycle of the lights in my room and the dates I’d overheard from the staff. It had been almost a month since my return to GTX.

I squeezed my eyes shut, focusing harder on the burn in my stomach muscles and the dull ache in my head from the strain of pushing my abilities too far, too fast. I could no longer see my
metal-framed cot swaying above me, held there by the force of my mind, but I could feel it pulling at that part of my brain, like a weight attached to a limb not quite accustomed to bearing the
burden.

In the far corner behind me, a stack of books, a much lighter target, was also levitating near the ceiling, theoretically. I’d turned my attention away once I’d lifted them off the
ground, relying on my ability to keep them up without my gaze on them, a stretch for me. A second stack waited in front of me for similar treatment, though I hadn’t managed two at once (plus
the cot) yet.

I was improving but not fast enough. Time was almost up. I needed to be ready; I needed to be
better
. The trials would start the day after tomorrow somewhere in the Chicago area.

I was pretty sure.

One of the disadvantages of being a mouse in a GenTex cage is that people don’t exactly bother to keep you in the loop. They probably thought it didn’t matter. After all, I was just
“the product.” It wasn’t as if I could do anything to change my situation.

Sometimes I thought the uncertainty would kill me before anyone else had the chance.

Until recently, I’d never thought much about dying. That sounded great, enlightened even, like a lack of concern about my own mortality was a gift of higher spiritual knowledge via my
alien half. But to be honest, that had nothing to do with it.

The truth was there were things worse than death. I’d been far more worried about ending up back in the small white room where I’d lived the first six years of my life, longing to
see the world outside.

Annihilate Me (Vol. 4) (The Annihilate Me Series) by Ross, Christina
Look After Me by Elena Matthews
Still Mine by Mary Wine
Moon Tiger by Penelope Lively
Underground by Antanas Sileika
Wonderland by Joanna Nadin
Rough Road Home (The Circle D series) by Harders, Audra
Stirring Attraction by Sara Jane Stone
Scandalous Summer Nights by Anne Barton
The Education of a Traitor: A Memoir of Growing Up in Cold War Russia by Svetlana Grobman