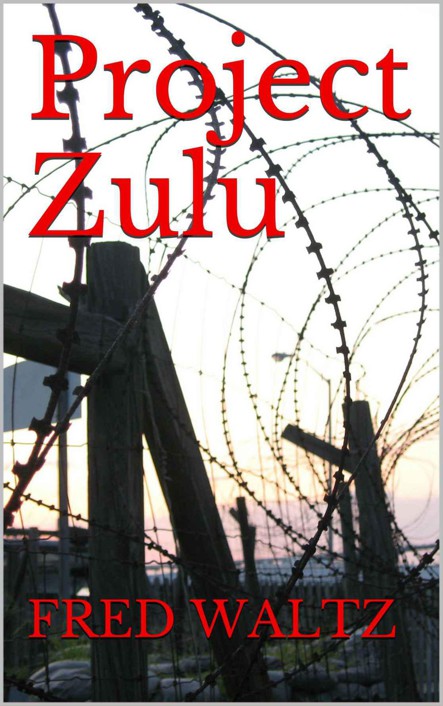 This story is a work of fiction. All events, incidents,
dialogue and characters described herein are products of the author’s
imagination and are not to be construed as real. Any resemblance to a specific
place or person (living or dead) is solely coincidental.

No matter how many times Jimmy reads the letter, it
still says the same thing. He crumples it in his hand and tosses it toward the
garbage can; it falls short and lands on the floor. He cradles his head in his
open hands and begins to cry
. Where am I going to get $250,000,
he
thinks to himself
, and how am I going to tell Julie that I can’t afford to
keep her alive?

“Daddy! Daddy! Are you down there? Daddy, I need a
glass of water.”

“Alright Julie honey, I will be right up.” Jimmy gets
up from the table, wipes his eyes and walks over to the sink; he fills a glass
half way with water, lets out a sigh, and heads toward the stairs. Each step
cries out a squeaky protest as Jimmy ascends. He walks into the small bedroom,
and cannot help but smile. Julie is sitting up in her bed, grinning from ear to
ear, absolutely glowing.

“What took you so long; I thought I was going to die
of thirst?” She barely finishes her sentence before breaking out into laughter.
Jimmy joins her and almost falls over.

No matter how down he got, it only took one look at his
beautiful, brave, amazing eleven year old daughter to bring him out of the
dumps. There are no secrets between Jimmy and Julie, not since Jenny had died
six years ago. Jimmy never got to fully grieve the loss of his wife; he was too
busy consoling his daughter on the loss of her Mother. So there were no secrets
when the doctors told Jimmy that both of Julie’s kidneys were failing; he sat
Julie down and gave it to her straight. He was amazed that a seven year old
girl, just two years removed from losing her mother, took the news that she was
now dying, so well.

So for the past four years, Jimmy and Julie have
been dealing with living life one day at a time. The expenses continued to pile
up, Julie got weaker and Jimmy got more and more worried. When the phone call
from the hospital came last week, saying that a prospective donor had just been
taken off of life support, Jimmy was ecstatic. When the letter from the insurance
company came today, Jimmy was crushed. He had already taken a second mortgage
on the house to pay for the weekly dialysis. He had borrowed the maximum
allowable amount from his 401k, and all of the life insurance from Jenny was
long gone. He had no idea how he was going to come up with the co-payment
needed for Julie’s transplant surgery, and he knew he had to tell her, just not
tonight.

Jimmy is just pulling out of the driveway when his
cell phone begins ringing. He answers it immediately, not even checking the
caller ID. “What did I forget honey?” Jimmy says, expecting to hear Julie’s
voice.

“Mr. Gaston, do you have a moment to speak with me?”

“Mr. Gaston…Jimmy, my name is Jacob Smitz. I
represent an individual, who wishes to remain anonymous, that would like to
help you pay for your daughter’s surgery. I have been authorized to offer you
$750,000, cash, in exchange for performing a service for my client.”

“What, how do you know about Julie, I don’t
understand, what kind of service?”

“Jimmy let’s not beat around the bush here. I am
quite sure if you think hard enough you will be able to figure out what my client
is interested in. Now I don’t believe that it is prudent to continue our
conversation right now. A courier will deliver a package to you right after you
pull into your parking space at work; open the package, read the note inside
and then hand it back to the courier. Goodbye.”

Jimmy drives the rest of the way in silence, barely
paying attention to anything. Luckily he has made the drive to Syscorp
thousands of times, so it was pretty much second nature. He slows down to the
posted five miles an hour, and holds his identification card out the window, up
to the security guard, Ralph. Ralph waves him through immediately, “Good
morning Mr. Gaston.”

Jimmy waves back. Ralph had been at the front guard
booth twelve years ago when Jimmy showed up for his first day of work, and has
been there every day since. The idling white van catches his eye before he
pulls into his parking spot. He wonders how it has gotten past Ralph, and then
notices the stencil on the side of the van ‘EmStat Medical Delivery Service.’

Before he can put the transmission into park the
driver of the van is at his window with a sealed envelope. “Mr. Gaston, I have
instructions to collect this back after you read it.” He extends the envelope
toward the open window. Jimmy takes it, and looks at the man.

He tears open the envelope, and removes a single
sheet of plan paper with one sentence typed in the middle,
Farachis, 7:30 pm, tonight
!

The man reaches into the car, retrieves the envelope
from Jimmy’s lap, and paper from his hands. “Excuse me Mr. Gaston.” He places
the paper back into the envelope and brings the flame from a Zippo lighter up
to the corner as he walks back to the idling van. He is pulling out of the
parking lot, waving to Ralph before Jimmy gets out of his vehicle.

Farachis is an upscale restaurant down in the
cultural district. Jenny had always wanted to go there when they were dating.
Jimmy gets out of the car and starts walking toward the building.

He weaves his way through the concrete reinforced bollards
that alternate every three feet. He steps onto the RSMS (Random Speed Moving
Sidewalk) and places his ID card into the activation slot. The RSMS was
designed to alternate between speeds of one to fifteen miles per hour along the
2500 foot distance from the parking lot to the building. The concept being that
it could never be calculated how long it would take an individual to get from
the parking lot to the building, thus deterring preset explosive devices.

Syscorp is really just a front for the government. All
employees are former, or current something…Military, CIA, FBI, DOD etc. It is a
‘CYA’ (cover your ass) policy for high ranking officials that need to have
plausible deniability if and when the shit ever hits the fan. The series of
buildings and underground bunkers are situated across 10 acres in the town of
Apollo Pennsylvania. Apollo is a combination suburban, farming community. At
one time it had been on the fore front of coal mining and atomic power.

A small mishap at another ‘government front’ company
(
Nuclear Materials and Equipment Corporation
)
NUMEC,
had put Apollo on the map. A cover story had
been scripted and executed to cover up over 200 pounds of missing enriched
uranium. Speculation at the time was that, to cover up the sale of the uranium to
an overseas ally of America, amounts of uranium dust were spread around the Babcock
and Wilcox power generating facility. Contamination was found in the ground
water, sewer lines and
Kiskiminetas
River
. A full scale spill was reported and the land and river
around the North Apollo facility was quickly quarantined. Scripted
investigations by the Atomic Energy Commission, the Central
Intelligence Agency, the Federal Bureau of Investigation and other government
agencies found no evidence of anything other than a minor leak in the area.
Within
three years of the incident, one of America’s most strategic allies in the
Middle East had developed a mid-range atomic missile.

In addition to the ground Syscorp occupied, a sister
company, H.G. Inc., holds the title on the surrounding 10 acres. Unless the
government wants you to, nobody gets close to Syscorp. The closest piece of
commercial property is a rundown biker bar, Valhalla, about 20 miles down the
highway; the closest privately owned house is five miles from Valhalla.

On either side of the two lane blacktop, State Route
166, stretching from Syscorp past Valhalla to the sparely populated town of
Muleton, is a man-made swamp, willow bog. The government did not want to chance
some commercial developer sniffing around wanting to buy any land. Great
efforts were taken to redirect drainage ditches, reservoir overflows, and small
community creeks and streams to ensure that willow bog stayed wet, muddy and
unsuitable for development. As an extra precaution the EPA put strict
regulations into place —which of course Syscorp and H.G. Inc. were immune from—
to protect the natural habitat of the Northern Bog Turtle and the Dwarf Wedge
mussel; both species conveniently discovered for the first time right after
Syscorp was constructed.

Jimmy removes his ID from the slot and places the
lanyard around his neck as he approaches the front door. He doesn’t bother
reading the sign explaining the entry procedure, because he wrote it. He enters
the small corridor and waits for the door to latch behind him. He closes his
eyes as the overhead fans, and underfoot vacuums activate. Syscorp is a ‘clean’
environment. This is the first, of three, sterilization chambers that everyone
entering the building passes through. Out of the first corridor, into the next
where the bacteria killing ultra violet light baths his body as he walks
through. Finally he enters the final of the initial three checkpoints, the full
body scan, verifying that he has nothing non-organic (explosive material, composite
plastic, etc.)

Jeff is waiting for him at the end of the third
hallway with the metal detecting wand. “Good morning Mr. Gaston, car keys and
briefcase on the belt please.” He traces the wand around Jimmy as a computer
analyzes the x-ray image of his briefcase and keys. “Have a good day Sir,” Jeff
says when he finishes the scan.

Jimmy nods his reply as he walks toward his office.
He is still in a funk over his mysterious phone call and letter. He approaches
the elevator and places his thumb on the finger print reader. After a few
seconds, a small panel slides open revealing the up and down buttons; Jimmy
presses the down button. He exits the elevator and walks down the hall to his
office. He places his chin on the plastic ledge and allows both of his retinas
to be scanned. Once the computer confirms his identity, the door to his office
unbolts and allows him to enter. This is one of the most secure buildings in
the country. Only a confirmed natural disaster emergency (fire, earthquake,
tornado etc.) can or would override the security functionality of the building.

He only has a few minutes until his first meeting of
the day is scheduled to begin. He decides to stop by the cafeteria for a coffee
before heading to the conference hall.

What Comes Around: An Alex Hawke Novella (Alex Hawke Novels) by Bell, Ted
Love by Proxy by Diana Palmer
Fire and Shadows (Ashes and Ice #2) by Callen, Rochelle Maya
Fruits of the Earth by Frederick Philip Grove
Path of the Sun: A Novel of Dhulyn and Parno by Malan, Violette
Operation Caribe by Mack Maloney
Rhapsody on a Theme by Matthew J. Metzger
Forecast by Keith, Chris
The Owner of His Heart by Taylor, Theodora
When the Music's Over by Peter Robinson