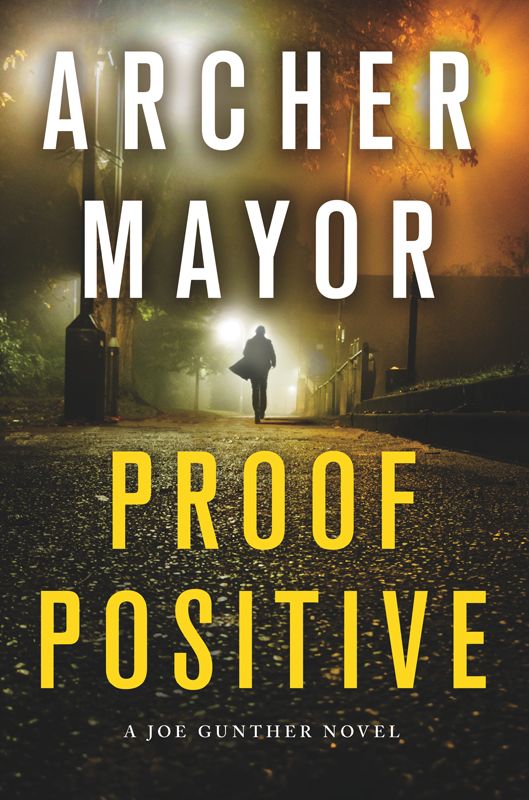 As always, I am indebted to many generous people for the meat and substance of these stories. They have the knowledge, experience, and insight that I often lack. That is indeed often why I pursue the topics that I do—so that I can interview them and enrich my brain with just a fragment of what they so willingly offer. To them, and to so many others as well, my thanks.

It was the time of year when New England wobbles between fall and winter, as prone to Indian summer as to sudden, short-lived snowstorms.

It wasn’t snowing tonight, but it was cold, and Jason Newville was regretting that he’d only worn a sweatshirt. Nerves played a part. Unlike some, he tended to cool down when he was on a job, instead of working up an adrenaline sweat. But as with most things taken for granted, he hadn’t considered it when he set out, and was paying the price now.

It wasn’t unbearable. He was born to this weather, and in line with southeastern Vermont’s being mockingly labeled “the banana belt,” it did run warmer here than in the rest of the state. He’d survive. Besides, he had things to keep him occupied, like the whereabouts of the crazy old man who lived here.

Jason stepped out from behind a large maple at the edge of the darkened property and studied the layout by the light of a full moon. This wasn’t his first visit. He’d been here twice before over the past week. There’d never been a change. The house remained still and as black as a tomb. Just as it was tonight.

But instead of lending him confidence, the silence only bred foreboding.

Jason had been burglarizing homes for three years, time enough to have developed a balance between caution and foolhardiness. He had an instinct about most places—an inner radar, as he saw it—that had helped to keep him out of jail, so far.

But that radar wasn’t working here. He was as keyed up as during the first time he’d crept from the woods that girdled the house.

It was a rambling spread, once entirely agricultural, with barns, sheds, paddocks, and a centrally located family house. With time, most of the fields had been abandoned or sold off, and each structure at the farm’s core—depending on its original sturdiness—had fallen into disrepair, or to the brink of collapse. The one sign of expansion—at once attractive and daunting to Jason—was the steadily accumulating piles of looming, jagged scrap. Depending on their nature and/or size, they bulged outward from every orifice of every building, or seemed to erupt from the earth as semi-mountainous heaps of mechanical debris.

Balers, tractors, combines, tedders, conveyor belts, pickup trucks, generators, and more—ghostly, hulking, rusty, and inoperable monsters teetered drunkenly under the bright moon like otherworldly space junk gleaned from the night sky in the sweeping gesture of an invisible hand. It was an entangled collection of such enormity that it staggered the imagination, and—its scope magnified by the steely-sharp lunar lighting—ignited in Jason’s chest an instinctive fear about what or who, besides him, might also be silently lurking among the riot of sharp-edged shadows.

He knew of the crazy guy who lived here—Ben Kendall. A loner, an eccentric, a hoarder of vast appetite. He was a local fixture, keeping to himself but roaming constantly around the neighborhood, his ramshackle open-bed truck swaying under a precarious tower of mostly metal debris. Hand-lettered wooden panels along both sides of the truck advertised
KENDALL’S SCRAP
&
RECYCLING,
although everyone suspected that the “recycling” remained mostly in Ben’s mind. No one that Jason knew had ever seen that truck leave Ben’s property other than empty.

Jason stepped from the trees, not running ducked over as he had the first time, but with trepidation nevertheless, seized by the place’s malevolent quality.

As often occurred in the mythos surrounding hoarders, neighborhood rumors of treasure residing in the heart of Ben’s possessions had curled like smoke tendrils. There was no evidence of it. Ben displayed no proof of wealth anywhere. But word had reached Jason’s ears a month earlier, and prompted his initial reconnaissance a few days ago.

He hadn’t stayed long that time, mostly touring the property’s perimeters, like a wolf rounding the edges of a sheep pen. As with tonight, there’d been no movement or sound. He’d tried peering through windows, to find every view blocked, and had opened the occasional outbuilding door, to meet a wall of objects standing against him. But no dogs had barked, no lights had come on, and Jason had begun thinking of the place as an unheard-of possibility: a bottomless well to revisit time and again.

His second foray had therefore been bolder. He’d driven here in a borrowed vehicle, bringing two duffel bags. As before, he’d met no resistance or opposition, but he’d been infected by a cloaking eeriness, and at the last minute, opted to stay outside. He’d foraged among the precariously balanced pyramids for the odd piece of salvage that he could extract with minimal noise, and left largely empty-handed and stymied.

Because that was the irony, even to him: While all this was far from any road or keen-eared neighbor, and had never shown signs of life during his visits, Jason couldn’t shake the feeling that he was being watched. Like a hypersensitive rodent recognizing the trap while mesmerized by its contents, Jason kept tentatively reaching out, convincing himself that his desire would eventually overpower his dread.

Tonight, he’d told himself, he was going inside.

Because those rumors had to be true. How else could Ben survive, unless he had a ready supply of money? This was a big property, even if in decay. For Jason, whose past homes had been trailers, flophouses, and other people’s couches, Ben’s spread was an estate. And estates had to be paid for.

Jason approached the farmhouse’s front door, set back under a sagging porch roof and guarded by sentries of cordwood, lawn furniture, rusting grills, bicycles, car fenders, and bald tires. He placed a foot carefully on the first stair tread, and pressed down, as he might have in testing the buoyancy of a floating dock. Surprisingly, it remained solid, not emitting the merest creak, as if the wood had been compressed beyond complaint by time and neglect.

He continued, his hands out unconsciously, atop an invisible tightrope. To either side, the dark hedgerows of Ben’s belongings closed around him as he neared the door, silent and still.

He placed one hand on the knob and used the other to extract a flashlight from his pocket, suddenly unsure whether he should use it now, or wait until he’d opened the door. Yielding to fear, he hit the switch before pulling the knob.

The door opened reluctantly, rubbing against the inner floorboards, its hinges complaining without conviction. The inside air spilled out, wrapping him in a fog—warm, fetid, cloying, almost alive. He felt the entire house had just released a deep, internal sigh.

“Oh, God,” he barely whispered, knowing that the slightest unexpected sound or motion now would be enough to send him flying.

But, as always in his experience here, there was only the silence accompanying the absence of life, or the holding of one’s breath.

Timidly, he played his light along the floor ahead, and off to both sides, taking in not a room, as he’d expected, but the narrow confines of a tunnel formed of densely packed newspapers, magazines, and boxes, reaching up to the ceiling.

Scowling, his breathing shallow and rapid, Jason eased by the doorway and entered the rough-walled shaft, his flashlight setting off an endless shifting of shadows. The thick air around him closed in.

Fifteen feet along, he came to a widening, where the clutter lowered enough to allow him to see farther afield. He was standing in a four-foot-deep foxhole, peering out over an undulating landscape of newspapers, files, furniture, catalogs, and paper products. The beam in his hand brought to mind a battlefield searchlight, crisscrossing a no-man’s-land in search of movement. In the distance, the tops of doorways indicated paths to adjoining rooms, with overhead clearances of a couple of feet. He had no notion of what the original purpose might have been of the room he was occupying.

Sweating now, light-headed in the rank atmosphere, Jason wiped his forehead with the back of his sleeve, wondering what to do, where to start. Surrounded by more than the plenty he’d dreamed of, he was stuck.

Reluctantly, he climbed from the trench and crawled onto the surrounding rubbish, unsure of what rotting object he might encounter by chance, or even if the unstable surface might suddenly give way and swallow him whole. Fueling his concern, the commingled layers beneath kept slipping as he moved.

He headed for the nearest crawl-space doorway, feeling increasingly trapped and hopeless, telling himself that not every room was the same as this one, and that he was bound to discover some order that made sense.

“I just want to steal something,” he murmured as he went, not reflecting on the absurdity of either the statement or his predicament.

In fact, there was a change after he slithered under his chosen door header. From his perch there, he found the room beyond filled more with mechanical objects than with paper. There were appliances and large woodworking equipment intermixed with books, operator manuals, and piles of broken or rusty hand tools. Depending on the spot, he could even see the floor.

Still, he hesitated atop the doorway’s steep slope, surveying the chaos ahead with growing frustration. Again, he could see nothing of value, and too much of everything. His head was pounding, and he was getting angry.

Hungry for any success, he finally swung around and slid down the embankment like a kid on a toboggan, skittering paper to both sides and arresting his descent by jamming his boots against a three-legged drill press.

That was the end of all stealth. The drill slowly toppled, smashing into its metallic neighbor and throwing dozens of items into the air.

Jason covered his head against the shower of hardware, throwing out a hand for balance. As he’d been dreading from the start, his fingers closed on something cold, soft, and damp. He screamed in horror, dropping his flashlight in the process.

Scurrying backwards, rubbing his palm obsessively against his pants, he retrieved the rolling light and aimed it at the offending object.

Caught in the bright halo, peering from under the avalanche like a discarded animal carcass, was a partially decayed human face.