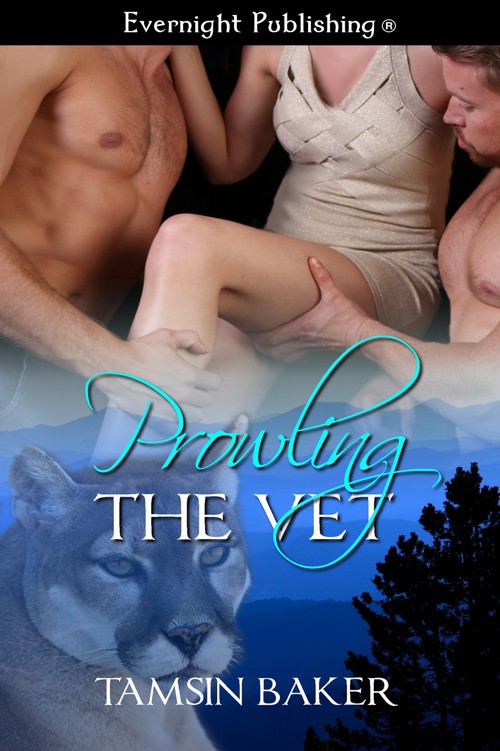 To my man…
I’d have to write a book with six men and one
woman to get all your personality traits into one book… but this is a start.

Thanks
for the inspiration, my love.

There
were no attractive women.
Again.

Tyler
swung around to face the mirrored wall behind the bar and slumped on the stool.
His twin brother was off in some corner with a blonde who wore too much makeup
and clothes she must have painted on before she left home. He shuddered.
Gross.

Renee. Great, just what I need.

Tyler
forced his hunched posture to reverse, straightening his spine, and rolling
back his sagging shoulders.
“Nothing, sis.
What’s up
with you?”

He
turned his head to look at Renee and reached for his beer, trying his best not
to look like his world was a desolate place to live.

His
gorgeous sister stared back at him, her mouth turned down in a frown. She
completed their trifecta of hair color. Tyler got their father’s dark brown,
Brandon was blond like their mother, which of course left Renee an amazing
redhead.

“You
look depressed and I’m sick of seeing it. What the hell is wrong with you?”

Renee
crossed her arms and glared at him, making him flinch and take a long drink of
his frothy, cold beer.

He
hated having to deal with Renee when he felt like he did tonight. She was too
hard to ignore, yet how could he tell her the truth?

“I’ve
just had a rough week with work, sis.
Nothing more.”

Renee
punched him, hard, knocking him off balance. He grabbed onto the bar to steady
himself as pain exploded across his upper right chest and he rocked on his
barstool.

“
Ow
!” He glared at her and rubbed the sore spot with his
free hand. She really could pack a punch, this woman. He was
kinda
’ proud. He and Brandon had taught her to fight from a
young age. No one had ever taken her for granted.

“Hey sis!
You’re not supposed to bite the
hand that feeds you. We taught you to fight so you could punch out other guys,
not us.”

“Tell
me the truth!” she demanded, stomping her foot and placing both hands on her
hips.
What a bloody princess!

Tyler
rolled his eyes and inhaled sharply through his nose.

Renee’s
hands dropped to her sides and she slid onto the stool next to him.

“Whiskey neat.”
She called to the bartender and
placed her hand on his leg.

“You’ll
find her soon, I know you will.”

Tyler
took up his beer again. He had no doubt he’d find her one day, but when? He was
losing patience.

“Yeah,
but when? I’m bloody sick of waiting. Dad tells us that we have no control over
our destiny, and that fate will take care of it, but seriously? I’m fucking
thirty-two. I want a family.”

He
clenched his hand into a fist until pain shot up his finger and through his
palm.

Brandon,
his completely un-identical twin thumped him on the back and Tyler grimaced.
What, play third wheel to his brother and whatever stray bitch he’d come across
this week?

“No
thanks.
Nae
will give me a lift.” He unwound his
throbbing fingers and inspected the white and red flesh.

Their
sister nodded in agreement beside him and Brandon took off.

Renee
sighed and downed her whiskey with a quick flick of her wrist and a practiced
swallow. “It doesn’t look like big brother is going to be lonely tonight.”

Tyler
shook his head and called for another drink.

“Nope,
though at the rate he’s going, we’re
gonna
’ have to
move towns so that he’ll get fresh meat to play with.”

Renee
laughed and elbowed him in the side.

“Hey,
glass houses brother of mine. It wasn’t that long ago you were dragging some
skank home every other night, too.”

Tyler
stared blankly at his drink and rolled his empty glass slowly between his
hands. It was true. He’d practiced the art of wooing and screwing. Why wouldn’t
he when he was young and told that he had to wait until fate deemed it time to
send women his way. But it’d been almost fifteen years since his first
girlfriend and he was tired of waiting. He wanted to find his forever
now
. The woman he was meant to love,
who
was made to be with him.

“What
if you have to wait until Brandon’s ready, too?”

Tyler
groaned and reached for the newly poured beer. That was his worst fear—that
fate would wait until both of them were ready to settle down.

His
family were
shifters, mountain lion shape-shifters to
be exact. They lived in a medium-sized town at the base of the Canadian
Rockies. His dad had pulled them aside when they were about ten, to explain
about the birds and the bees. The only difference to the speech they got came
at the end when their dad explained about their future.

“You two are a perfect pair.
Perfect compliments to each other in physical appearance and personality.”

They
had nodded and waited for the signal to go back to play. That’s when he’d hit
them with the line that would change Tyler’s life forever.

“And that means that when the
time comes, you will mate with a single female. Together.”

“What!”
The boys had glared at each other
and pouted. Though twins, they rarely shared anything. If they fought over a
bike, how would they share a mate?

Their
father had smiled and touched them both on the face.
“It’ll be fine.”

Unfortunately,
it was not fine. Tyler was thirty-two years old and ready for his woman. If he
had to share her with Brandon, then so be it. But where was she?

“I
can’t imagine finding a woman that we both like. Brandon’s always gone for the
tall blondes.”

“And
you’ve always gone for the short brunettes, we know, Ty,” his sister finished
for him.

Tyler’s
head had begun to spin and he sculled the rest of his drink, embracing the
wooziness. It was a nice reprieve to the cold feeling in his gut.

Renee
jumped up next to him and touched his arm gently. “No, I’ll drive you.”

Tyler
groaned and shook his head.

“Thanks,
but I’ll be fine. It’s only half an hour. That gives Brandon a chance to get to
finish with the blonde piece of tail.”

Renee
chuckled and squeezed his arm tight, the same way she had when his first dog
had been hit by a car.

Tyler
stumbled forward and pulled his sister into him for a one-armed hug. She was
the best, she really was.

Tyler
stumbled out into the cold air and took a deep breath. His lion wanted to run,
but the last time he’d done that drunk, he’d woken up locked in a zoo.

His
mum’d
kill him
if that ever happened again.

He
shook his head and began the long walk back to the house he shared with his
twin.

Laura
was going to kill her stupid sister if it was the last thing she ever did. She
dialed Belle’s number for the fifth time and grumbled into the phone.

“Where
the hell are you?”

Belle’s
phone picked up and Laura heard familiar giggling down the line.

“Belle,
you have to be at that University Open Day tomorrow or you won’t be accepted.”

Belle
laughed as though that was the greatest joke ever heard, and slurred into the
phone.

Laura
grabbed her keys and headed out the front door.

Calm.
She needed to stay calm.

“It’s
210 The Avenue,
Newbank
,” came the husky reply
through the phone, his voice like salted caramel over vanilla ice cream. So
smooth and decadent, Laura’s knees almost buckled beneath her.

Who the hell is that?

She
shook herself as she walked down the path, wrenched open her car door, and
jumped in.
Newbank
was only twenty minutes away.

Laura
put her car into gear and pulled out into the empty street. This was the last
thing she wanted to be doing on a Friday night, but hey, what else was there to
do? Wasn’t like she had a life or anything…

Twenty-two
minutes later, she pulled up outside a beautiful double-story house on a
country-sized block.

“Wow.”
She stepped out of her car and looked up at the magnificence of the Rocky
Mountains. What a place to live!

Laura
spun around and fell back against her car, a force that she didn’t even
recognize almost knocking her off her feet.

There
was a man standing in front of her and his face looked like it’d been carved by
angels. Dark eyes that even at a distance burned with heat, short dark hair
that was styled, and his body looking strong and wiry.