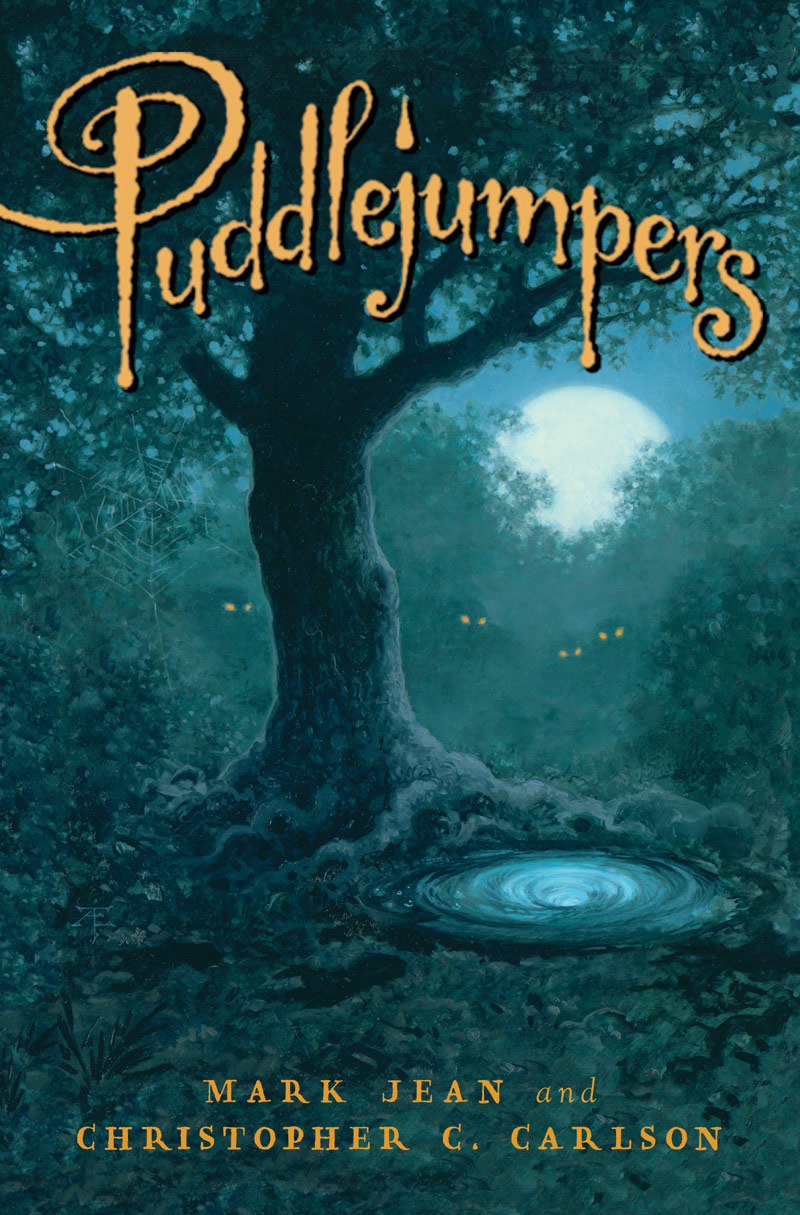 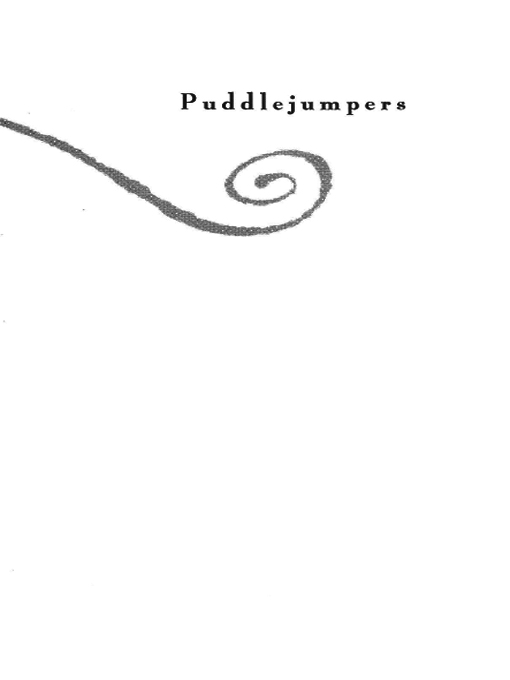 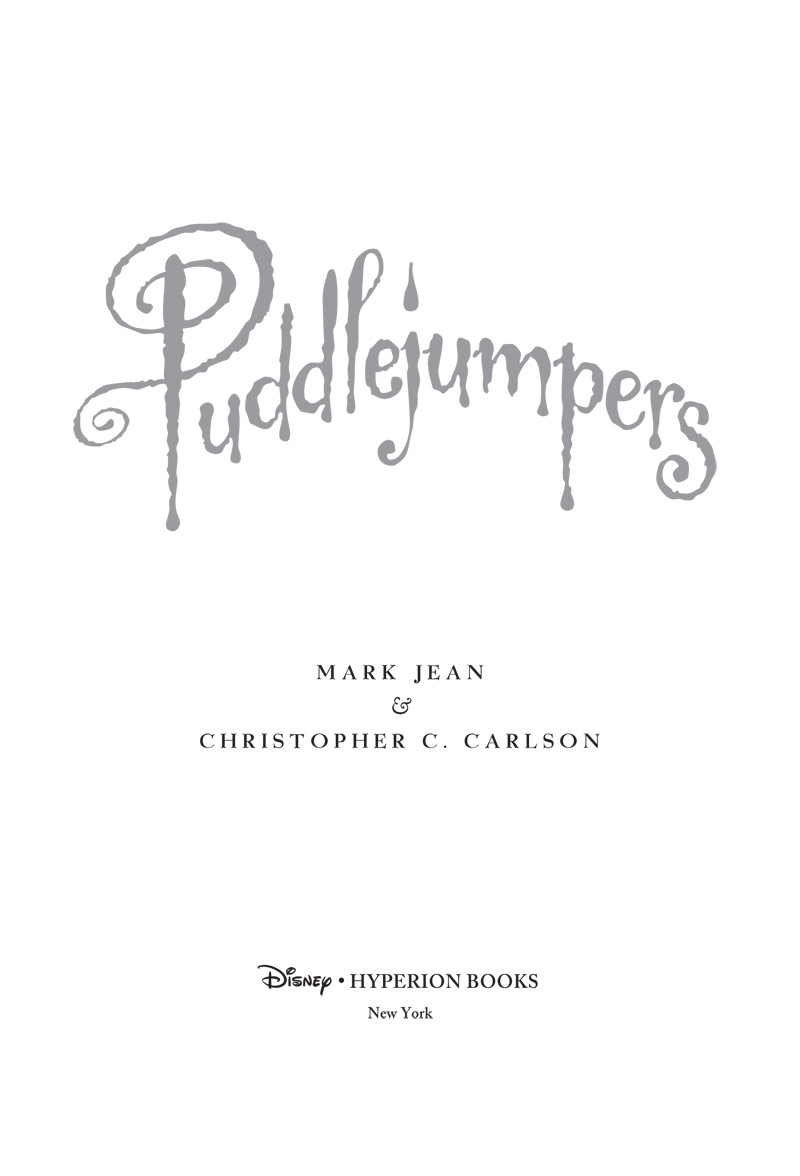 For Buck and Boots and my gal Joey

For my
mother,
Kathryn Louise,
who
instilled
in me the love of stories,
and my nieces, Kathryn and Abigail,
who are beginning to tell their own

All rights reserved. Published by Disney â¢ Hyperion Books, an imprint of Disney Book Group. No part of this book may be reproduced or transmitted in any form or by any means, electronic or mechanical, including photocopying, recording, or by any information storage and retrieval system, without written permission from the publisher. For information address Disney â¢ Hyperion Books, 114 Fifth Avenue, New York, New York 10011-5690.

14. Trouble Behind, Trouble Ahead

19. Wrinkle in the Wheat

37. Between a Buzzard and a Hawk

A
LONE AND IN THE DARK
, Ernie pressed his back against the building. It was windier than he'd expected and he could see his breath in the swirling snow. A storm was coming. The narrow ledge was caked with ice and the cold seeped through his sneakers. Six stories below, snow carpeted the alley. Even the garbage cans looked like soft sculptures. Shivering, he zipped his jacket to his chin, then inched along the ledge. The snow shushed with each step, while his fingers, stiff with cold, struggled to grip the crevices between the bricks. He blew into his hands, warming them, then pivoted carefully and grabbed hold of a drainpipe. Wrapping his legs around the pipe, he shinnied up the icy pole to the top of the tenement.

He hurried across the rooftop, his feet disappearing in the snow. No matter how many times he made the jump, it still scared him, and tonight the roof was slick and the wind gusting. He picked up speed, sprinting toward the edge of the building, then he was in the air, pumping his legs across the fifteen-foot chasm. He landed hard on the roof of the adjacent building, tumbling in the snow, then he was running again. He didn't stop until he reached the abandoned water tank.

This was the place he came to get away from Mrs. McGinty and her rules and regulationsâthe place that kept him from going crazy. From here, he could see the downtown skyscrapers, the lights from O'Hare Airport and, only a few blocks away, Wrigley Field, now dark and dormant.

Ernie pried back a rusted corner of sheet metal and crawled into his hideaway. The roof was missing, but the tank shielded him from the wind. He retrieved a blanket and scrap of carpet he'd stashed and shook off the snow. Wrapping the blanket around his shoulders, he stretched out on the carpet and looked up at the stars. There was something familiar and comforting about gazing at the constellations, like looking into the faces of old friends. It made him feel a part of something bigger.

Ernie pulled two Christmas cookies from his pocket and ate them slowly, savoring every bite. He wondered why he was still stuck at the Lakeside Home for Boys. Other kids left for foster homes, some were adopted, and a few even got to return to their real moms and dads. But not him. He'd been there ten years, and Mrs. McGinty said he had no one to blame but himself. According to her, they'd tried many times to find him a home, but no one had wanted him. Now he was considered a “lifer,” a permanent ward of the state. Ernie felt like his mother was the city of Chicago and his father the state of Illinois.

It started to snow again and he tried to catch a flake on his tongue. He thought about running away while everyone was asleep.
Where would I go?
He'd already run away more times than he could count. The first time he was only six. The police found him in a little park on the south side, sitting in a muddy puddle, crying. They'd brought him back to Lakeside. They always brought him back to Lakeside. Mrs. McGinty told him he was born with a restless soul, and left it at that.

Ernie stood up and shook off the snow, stowed his blanket, then crawled out of his hideaway. The first light of day was reaching across the rooftops of Chicago. To the east, he could see Lake Michigan, a lake so big it seemed to go on forever. He wondered if his mother and father were out there, somewhere. He didn't understand why they'd given him away, but he figured it was something he must have done.

With a deep sigh, he hurried back across the roof.

Feeling like a cat burglar, Ernie slipped through the window into the sixth-floor dormitory. He tiptoed across the room past twenty-five sleeping boys. He was quick and steady and secret. When he reached his bed, he kicked off his sneakers, then wriggled out of his damp jeans, T-shirt, and sweater. His hand-me-down clothes never quite fit, and his disheveled hair was forever in need of a cut. He had hazel eyes that seemed to change color, depending on the light. When he smiled, which wasn't often, his whole face lit up.

Shivering, Ernie slipped beneath the covers, then glanced at the boy sleeping in the adjacent bed. Nate yawned and looked at him with sleepy eyes. “Where'd you go?” he whispered.

Ernie pointed toward the ceiling.

“You're crazy, it must be freezing up there.”

Nate LeCroix was a skinny African American kid from St. Louis with a runny nose and an easy smile. He was the only other person in the whole world who knew about Ernie's secret place, even though he'd never actually gone there. He said he wasn't about to jump across any buildings, no matter how great it was.

Nate's parents had died in a car accident shortly after moving to Chicago, and the court had placed him at Lakeside in September. He'd been assigned the bed next to Ernie and they'd become friends. Nate liked to talk and Ernie liked to listen. Ernie especially loved to hear him talk about his mother and father and growing up by the Mississippi River.

Ernie stared at a crack in the ceiling. “I had that dream again.”

“The one with the humongous tree all lit up like Christmas?”

He nodded. “And there was a big face in the rock and she talked to me again. And there was water. Water everywhere.”

Outside, a snow sweeper rattled past. Ernie pulled the covers tight, trying to get warm.

But Christmas wasn't really his birthday, and Ernie wasn't even his real name.

T
HE TROUBLE ALL STARTED
up in the woods on the plateau overlooking the Warbling River. It was the first night of spring, a night when the wind rustled through the treetops as if mother earth were whispering a secret she could no longer keep. The stars seemed so close it felt like the Big Dipper wanted to scoop the river with its glittering pan. But something was very peculiarâeven though there wasn't a single cloud in the sky, it was raining.

It wasn't a harsh rain, but a gentle one that pattered the canopy of the forest ridge. Deep inside that forest was an old oak tree, its trunk so wide that even ten people stretching their arms couldn't reach around its waist. At the foot of the tree, nestled between two gnarly roots, was a puddle. Waves rippled outward from its center. And that was another peculiar thing, because there wasn't a trace of a breeze on the forest floor.

Then, in the blink of an eye, two tiny creatures jumped feetfirst out of the puddle, landing softly on the mossy ground. Clutching the short ends of a forked stick, they shook themselves like two puppies after a bath, then stretched on their tiptoes to full height, which was barely eleven inches tall. Their faces were kindly, with sparkling turquoise eyes, their skin an earthy brown, their chestnut hair long and wild. A translucent webbing stretched between their sturdy fingers and toes, and the soles of their feet were like the pads on a dog's paw. They wore patchwork shirts made from water lilies, duckweed, and marsh fern, and leggings of redtop and yellow foxtail. Around their waists were tree-bark belts with curious tools and pouches. The Puddlejumpers jabbered anxiously in a language unfamiliar to the human ear, but even in the hubbub you could hear that she called him “Root,” and he called her “Runnel.”

The Rings Fighter by JC Andrijeski
Wicked Werewolf Secret (The Werewolf Society) by Jones, Lisa Renee
White Light by Alex Marks
Dark Tides by Chris Ewan
The Dead by Charlie Higson
Found Missing (Decorah Security Series, Book #14): A Paranormal Romantic Suspense Novel by Rebecca York
All Quiet on the Western Front by Erich Maria Remarque
The Hunt by Amy Meredith
The 30-Minute Vegan's Taste of the East: 150 Asian-Inspired Recipes--from Soba Noodles to Summer Rolls by Mark Reinfeld, Jennifer Murray
A Cost-Benefit Analysis of the Proposed Trade-Offs for the Overhaul of the Barricade by John Chu