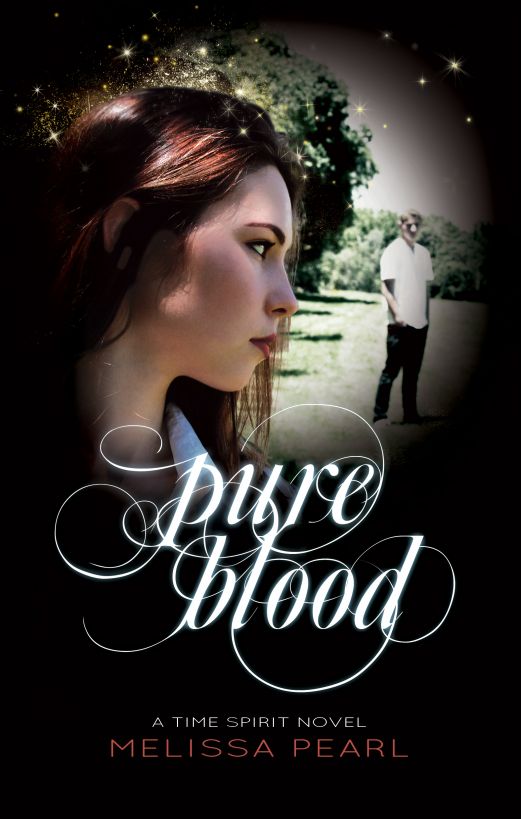 All rights reserved.
This book or any portion thereof may not be reproduced or used in
any manner whatsoever without the express written permission of the
author.

This is a work of
fiction. Names, places, businesses, characters and incidents are
either the product of the author's imagination or are used in a
fictitious manner. Any resemblance to actual persons, living or
dead, actual events or locales is purely coincidental.

This ebook is
licensed for your personal enjoyment only. This ebook may not be
re-sold or given away to other people. If you would like to share
this book with another person, please purchase an additional copy
for each recipient. If you're reading this book and did not
purchase it, or it was not purchased for your use only, then please
return to Smashwords.com and purchase your own copy.

Thank you for
respecting the hard work of this author.

"I read this book so fast my head was spinning. Such
an easy and engaging read! The characters come to life off the page
and burrow down inside your heart right off the bat. I handed the
kindle to my daughter after finishing it and she read it in one
afternoon; informing me that we MUST purchase the second book
immediately!

Fabulous job, Melissa. I look forward to reading more
of your works in the future and gladly recommend them to anyone
interested in the paranormal genre.

"Rarely does a sequel live up to the first book in a
series. But Ms. Pearl has done an amazing thing--given us a sequel
that's even better than the first book. The characters are
engaging, and the plot tight and satisfying. The only
disappointment I had was reading the last page and knowing I had to
wait until spring to find out what happens to Harrison and Gemma
next. I highly recommend this new addition to the Time Spirit
trilogy."

Other Books by Melissa Pearl

Your
sacrifice has shown me the greatest love I’ve ever known.

Sacrificing your happiness for the happiness of the
one you love is by far, the truest type of love.

The necklaces were the key. Decimus gave his life to
ensure they were spread far and wide. If all seven were found and
used together it would unleash a powerful magic that should not be
tampered with. Decimus knew the consequences of his decision, but
he ignored them for the sake of his children. His sacrifice would
save his people… until future generations took matters into their
own hands.

Gemma Hart’s senses were on full alert as she
swiveled her body through the throng of tourists. She couldn’t
believe she was here. She couldn’t believe her father… well
Alistair, was actually stupid enough to think they could pull this
off without getting slaughtered.

She stopped at the threshold of the large
cathedral,
Basilica di San Giovanni in Laterano
. It was one
of the oldest cathedrals in the city and the official
ecclesiastical seat of the Bishop of Rome. You know, the Pope!!
Gemma steeled herself against the urge to turn and run. She knew
exactly what they were here for and she would have done anything to
stop it. But how could she, without throwing everything away?

If she fought her family now they would only
make her restricted life even more unbearable. If she decided to
use her freshly learned ability to travel on her own they would
discover the truth about Gabe and, no doubt, Harrison. She couldn’t
put their lives in danger. Besides, until she learned how to fully
resist Alistair’s pull on her it was too risky attempting to break
free. She wasn’t willing to accept Gabe’s theory that the mark on
her ankle was some sort of tattoo that bonded her family together.
What if he was wrong? The idea of having a chunk of flesh gouged
from her ankle was not appealing. She couldn’t even see how it
would work anyway. So instead she suffered in silence, trying to
glean what she could from her parents’ illicit travels through time
in order to one day be free. She figured as long as Harrison was
around, she could survive it.

Her family was still unaware of her
boyfriend’s return and had put her cheerful behavior down to time
healing all wounds. She was happy to keep it that way for now. She
couldn’t even contemplate the wrath she would encounter if they
knew what she had done.

“Gemma!” Ruby’s voice was sharp in her ear.
“Stop standing there gawking at those pillars and get on with
it.”

She blushed as she followed her sister’s
tight frame into the interior of the grandiose structure. Ruby and
Dom had left for college nearly a month ago and she was missing
them desperately. Life at home was so quiet and dull without them.
The only good thing about traveling was getting to see them again.
She’d managed a micro catch up while they were shoving on their
clothes, but she wanted more. Resolving to call her that night,
Gemma returned to the task at hand.

Gemma would have laughed at Ruby’s
incredulous expression if she hadn’t been so shocked herself.
Gazing up at the gold pillars she took in the ornate structure
above the altar then let her eyes travel over the angelic artwork
gracing the upper walls. Her eyes soon dropped back to the barrier
she would have to cross in order to achieve her task.

I can’t believe I am giving up part of my
Sunday to do this! I should be meeting Harrison right now, but no!
I have to risk my butt retrieving something that might one day
annihilate my butt. I think it’s safe to say my life sucks!! Well,
except for Harrison.

Her cheeks grew warm as she pictured her lean
boyfriend hopping into his sexy Corvette and heading north to their
spot. He would drum his long fingers over the steering wheel as he
waited at the lights then run his hand through his blond hair as he
accelerated towards her. She knew him well enough to know he’d be
pushing the limits to get to her. She was just as excited to be
seeing him somewhere other than school… this was their first
private rendezvous since his mother had slammed the door in her
face.

Gemma had sped down to Anastasia National
Park so fast she had arrived twenty minutes early. She hadn’t
minded though. The water had been glistening in the sunlight and a
squadron of diving pelican was entertaining her when she had been
summoned to cross the line.

A black disdain for her parents leaked into
her mind like liquid poison. But what choice did she have? Holding
the sharp expletives behind her lips, she glanced up at Ruby’s
whispered words.

“How are we supposed to do this with all
these people around? And what if it’s not even in there?”

“We’ll just have to be quick,” Gemma kept her
voice even in an attempt to calm Ruby’s frantic jabbering.

“Well, everyone knows you’re the fastest so
I’ll just try and distract.”

“Okay.” Gemma lifted the barrier and ducked
beneath it. “Here goes.”

Staying in a crouched position, she edged
towards the altar and ducked behind the marble railing. Peeking up
from her hiding spot, she turned back to assess the crowd and
noticed Ruby chatting to a bystander. No one seemed aware of her
jaunt into forbidden territory.

She crept back until she hit the bottom of
the gold structure. Seeing the piece up close made her realize just
how intricate the carvings were. It was stunning to look at and
even more amazing to touch. Running her hands over the carved
edges, she admired the mastery of the work before biting the inside
of her cheek and loathing herself.

With firm fingers, she followed her father’s
instructions and ran her hand around the back of the furniture
until she felt a small crack. It took a few attempts, but she
managed to pry the edge away and catch the piece before it hit the
marble floor. She held her breath for a moment. The fear of being
caught pulsed through her veins. She listened to the normal hum of
milling people and released her breath. She had to trust that Ruby
was keeping quizzical glances at bay.

With scampering fingers she felt inside the
small compartment for the leather pouch her father had described.
After a few minutes of desperate searching she nearly gave up,
until the tops of her fingers brushed something on the way out.
Turning her hand over, she felt the material, wrapped her fingers
around it and yanked it free.

Gemma’s head whipped around. An angry guard
was stepping over the railing and walking towards her. With nimble
fingers, she shoved the pouch in her pocket, jumped to her feet and
ran.

Harrison Granger pocketed his keys and
grabbed his wallet. Scurrying down the stairs, he headed through
the kitchen and grabbed a banana from the fruit bowl. He threw his
peel in the trash and was about to head out the door when his
mother stopped him.

He took a bite of his banana, buying himself
a moment before yet another eruption.

The Story of God by Chris Matheson
Best Worst Mistake by Lia Riley
The Sea-Hawk by Rafael Sabatini
The Spoiler by Annalena McAfee
The Plutonium Files by Eileen Welsome
High Windows by Larkin, Philip
A Time Like No Other by Audrey Howard
Altruist (The Altruist Series Book 1) by Walsh, Ashley
Passions of New Pompeii by Aubrey Ross
Dirty Wings by Sarah McCarry