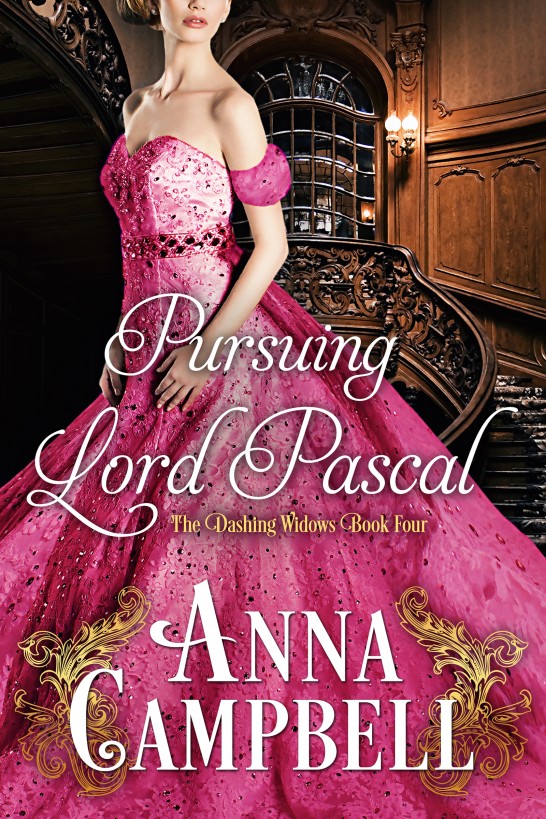 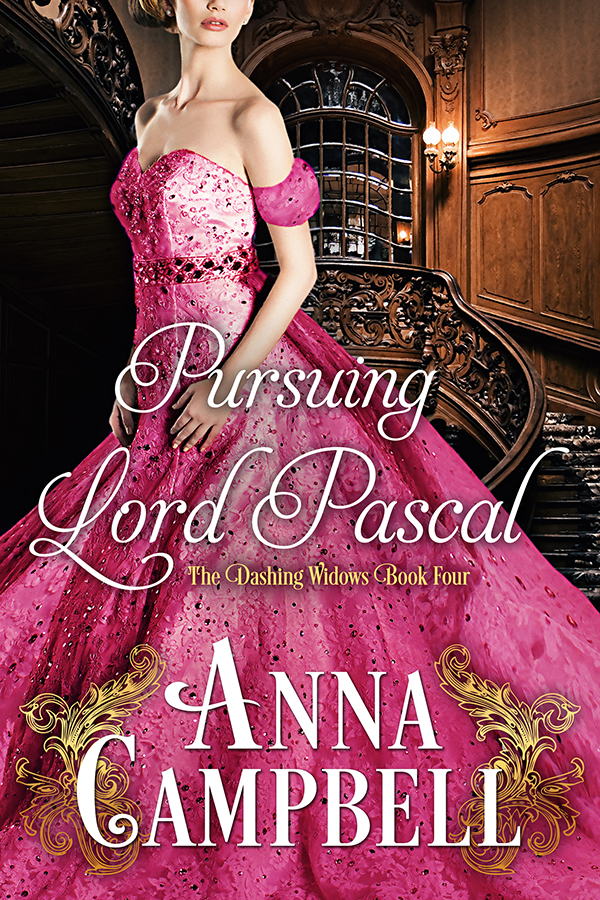 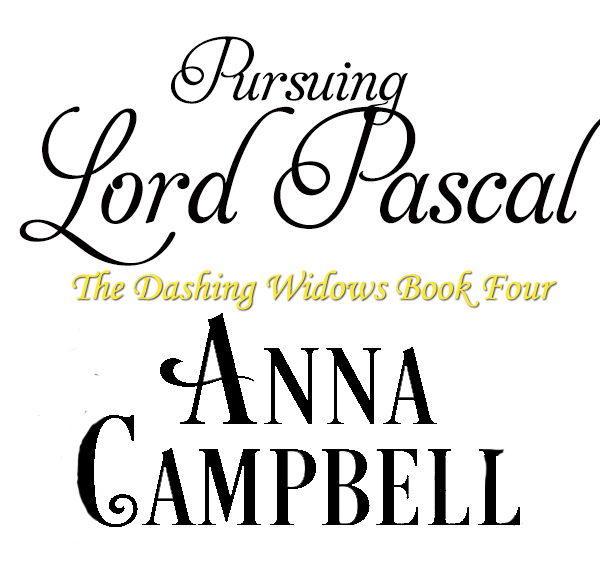 All rights reserved. No part of this book may
be reproduced in any form or by any electronic or mechanical means,
including information storage and retrieval systems - except in the
case of brief quotations embodied in critical articles or reviews -
without permission in writing from the author, Anna Campbell. This
book is a work of fiction. The characters, events, and places
portrayed in this book are products of the author’s imagination and
are either fictitious or are used fictitiously. Any similarity to
real persons, living or dead, is purely coincidental and not
intended by the author.

This ebook is licensed for your personal
enjoyment only. This ebook may not be re-sold or given away to
other people. If you would like to share this book with another
person, please purchase an additional copy for each recipient. If
you’re reading this book and did not purchase it, or it was not
purchased for your use only, then please return to your ebook
retailer and purchase your own copy. Thank you for respecting the
hard work of this author.

To my dear
friend Deborah Allen

The Seduction of Lord Stone

To a farmer, even winter’s dreary beginning
had its purpose.

Or so Amy, Lady Mowbray, told herself as she
stared out of the morning room window onto the landscape of her
childhood. It was early on a gray day. Around her, the old house
was blessedly quiet. That would change, once everyone was up.

Nash friends and family gathered to celebrate
the christening of her brother Silas’s fourth child. The revels had
extended late last night, but Amy, used to rising with the birds to
tramp her fields at Warrington Grange, couldn’t sleep.

So she didn’t expect the door to open and
reveal Sally Cowan, Countess of Norwood. “Lady Mowbray, I didn’t
think anyone else was awake.”

Amy didn’t know Sally well. Recently the
attractive widow had become friends with her sister-in-law
Morwenna. Morwenna mostly lived in seclusion in Portsmouth, but she
and Sally both supported a charity for indigent naval widows.

“I don’t keep sophisticated hours, Lady
Norwood.” Anything but. Lately the sheer predictability of her days
had begun to pall.

When she was a girl, she’d become interested
in scientific agriculture, and since then, the rhythms of planting
and harvest had ruled her life. Her brief marriage seven years ago
had caused barely a hiccup in the endless seasonal work.

“I don’t either.” Lady Norwood closed the
door and ventured into the room. “I’m looking for something to
read. I know Caro keeps the latest novels in here. I won’t disturb
you.”

Amy rarely sought female company, although
she loved her sister Helena who slept upstairs, no doubt
blissfully, in her husband’s arms. But something about the bleak,
lonely dawn left her dissatisfied with solitude. “No need to go.
Would you like a cup of tea?”

Lady Norwood cast her a searching look,
before a smile of startling charm lit her face. She wasn’t exactly
pretty. Her long, thin nose had a definite kink, and her eyes and
mouth were too large for her face, but she was dauntingly stylish.
Next to her, Amy always felt a complete frump.

This morning was a case in point. Lady
Norwood wore a filmy cream gown, trimmed with bands of satin
ribbon, deep green to match her remarkable eyes. With her loosely
gathered fair hair, she looked like the spirit of spring, even as
the year moved into winter.

Whereas Amy had dredged a frock ten years out
of date from the cupboard in the bedroom she always used at Woodley
Park. She’d assumed at this hour, she wouldn’t run into any other
guests. She was sharply conscious that the dress was faded and
worn, and too loose for her. At twenty-five, she was slimmer than
she’d been at sixteen.

“Thank you. I’d love a cup of tea. Morwenna
speaks so fondly of you, Lady Mowbray. I was looking forward to
this house party as a chance to get to know you.”

Amy crossed the room to the tray a footman
had just brought in and poured two cups. “Please call me Amy. Lady
Mowbray is my late husband’s mother.” Who lived in Brighton, and
fussed over her ten pugs, and found little common ground with the
practical young woman her son had married.

Lady Norwood turned something as mundane as
accepting a cup and saucer into an act of breathtaking grace. Amy
stifled an unworthy pang of envy. Not even her best friend—if she
had one—would credit her with a shred of elegance. Somehow this
morning, that seemed a shame.

“Very well, Amy. And you must call me Sally.”
She sipped her tea as the door swung open.

“Morwenna,” Amy said in surprise, placing her
tea on a side table and stepping forward to embrace her lovely,
fragile sister-in-law. The body in her arms was so thin, Amy feared
it might break if she wasn’t careful. “You’re up early.”

“You know I don’t sleep much these days.” The
willowy brunette focused her large blue eyes on Sally and managed a
smile. “Good morning, Sally.”

“Have some tea.” Amy filled another delicate
Wedgwood cup. There were four on the tray. The footman must have
guessed she’d have company. “I’m sorry you had a bad night. If it’s
so difficult for you to see the family, you don’t have to come to
these gatherings. Everyone would understand—although we’d miss
you.”

Bitterness twisted Morwenna’s lips as she
took her tea and sat on a brocade chaise longue near the fire.
Although all three women were widows, only Morwenna wore mourning.
The dense black emphasized her ghostly pallor. “I doubt it. I’m
well aware that I’m a constant reminder of sorrow.”

Grief stabbed Amy. Sharp. Painful. Accepted,
but unsoftened by time. “The sorrow is always there for us, whether
you’re here or not.”

Robert Nash, Morwenna’s husband and Amy’s
brother, had been lost at sea three years ago in a skirmish with
pirates off the Brazilian coast. At first, because Robert had been
such a larger-than-life character, everyone who loved him had held
out hope of his survival. But as month followed month, the grim
truth of his death became undeniable reality. When the navy had
ordered him into the South Atlantic, Robert was newly married to
this charming Cornish girl, who had since become a beloved member
of the Nash family.

Morwenna cast her a sad smile—sad smiles were
her stock in trade these days. “I apologize. I didn’t mean to imply
his family had forgotten him. I know you haven’t—but you all have
other concerns, other people to occupy you.”

Amy hid a wince. Because she didn’t. Not
really. Her estate ran like clockwork, and her steward and staff
were so well trained in her methods that they could manage without
her, indefinitely if necessary.

Devil take this strange humor. Why on earth
was she so discontented? Envying Sally’s style. Even envying
Morwenna, who at least had known love before losing it.

Amy and her late husband had been good
friends, despite the age difference, but the stark truth was that
she’d married him to join him in his farming experiments. When Sir
Wilfred Mowbray passed away five years ago, agriculture lost a
great innovator. Amy had grieved over a man more mentor than
husband.

Her marriage had been her choice, but on this
dismal day, she couldn’t help thinking life should hold more than
cattle breeding and crop rotation. And she’d never thought that
before.

“Kerenza enjoys seeing her cousins.” Sally
sat next to Morwenna. “I know you miss Robert, but you’re lucky to
have a daughter to love.”

“Yes, she’s a darling. I wish Robert had
known he had a child. She’s so like him.”

“And becoming more so,” Amy said. The whole
family found a measure of consolation in Robert’s bright, pretty
daughter.

“I would dearly have loved children,” Sally
said in a muffled voice, her mobile features uncharacteristically
somber. She placed her teacup on the tray, and Amy was distressed
to see that her hand trembled. “But God didn’t see fit to bless
me.”

Sally shook her head. “Ten years of marriage,
and no sign of a baby. Lord Norwood bore his disappointment
bravely.”

But nevertheless made that disappointment
felt, Amy guessed.

Amy saw Sally hide a shudder, confirming her
vague impression that the Norwood marriage had been unhappy. She
was curious, but even she, renowned for her tactlessness, couldn’t
ask a woman she hardly knew for intimate details. More was the
pity. She had an inkling she and Sally might end up friends.

“No, thank you. I’m too old to take a man’s
orders, or change my ways to fit another person.”

Morwenna struggled for a real smile. Amy
almost wished she wouldn’t. Even just watching it, the effort
involved made her feel tired. “But if you want children…”

Sally’s shrug didn’t mask her regret. “I have
nieces and nephews. In fact, I’m going to bring my niece Meg out in
London next season. I intend to dive into the social whirl and
enjoy myself as much as a woman of my advanced years may.”

To Amy’s surprise, Morwenna gave a derisive
snort that sounded like the vital girl Robert had married, rather
than the wraith of recent years. “Only if your arthritis permits,
you poor decrepit thing.”

Reluctant humor tugged at Sally’s lips.
“Well, I’m no longer a giddy girl. Not that I had much chance to
kick up my heels. My parents married me off at seventeen.”

“And now you’re only thirty,” Morwenna said,
showing more spirit than Amy had seen in ages. “Why not have some
fun?”

“You’re a great one to talk,” Amy said,
before she remembered that Morwenna needed delicate handling.

Trophy for Eagles by Boyne, Walter J.
The Bond That Consumes Us by Christine D'Abo
Do Elephants Jump? by David Feldman
Survival by Piperbrook, T.W.
Parasite (Parasitology) by Grant, Mira
A Dream to Cling To by Sally Goldenbaum
Blood Red (9781101637890) by Lackey, Mercedes
The Body in the Thames by Susanna Gregory
Yours or Mine by Craver, D.S.
The Way I Like It (The Soldiers of Wrath MC, #5) by Jenika Snow, Sam Crescent