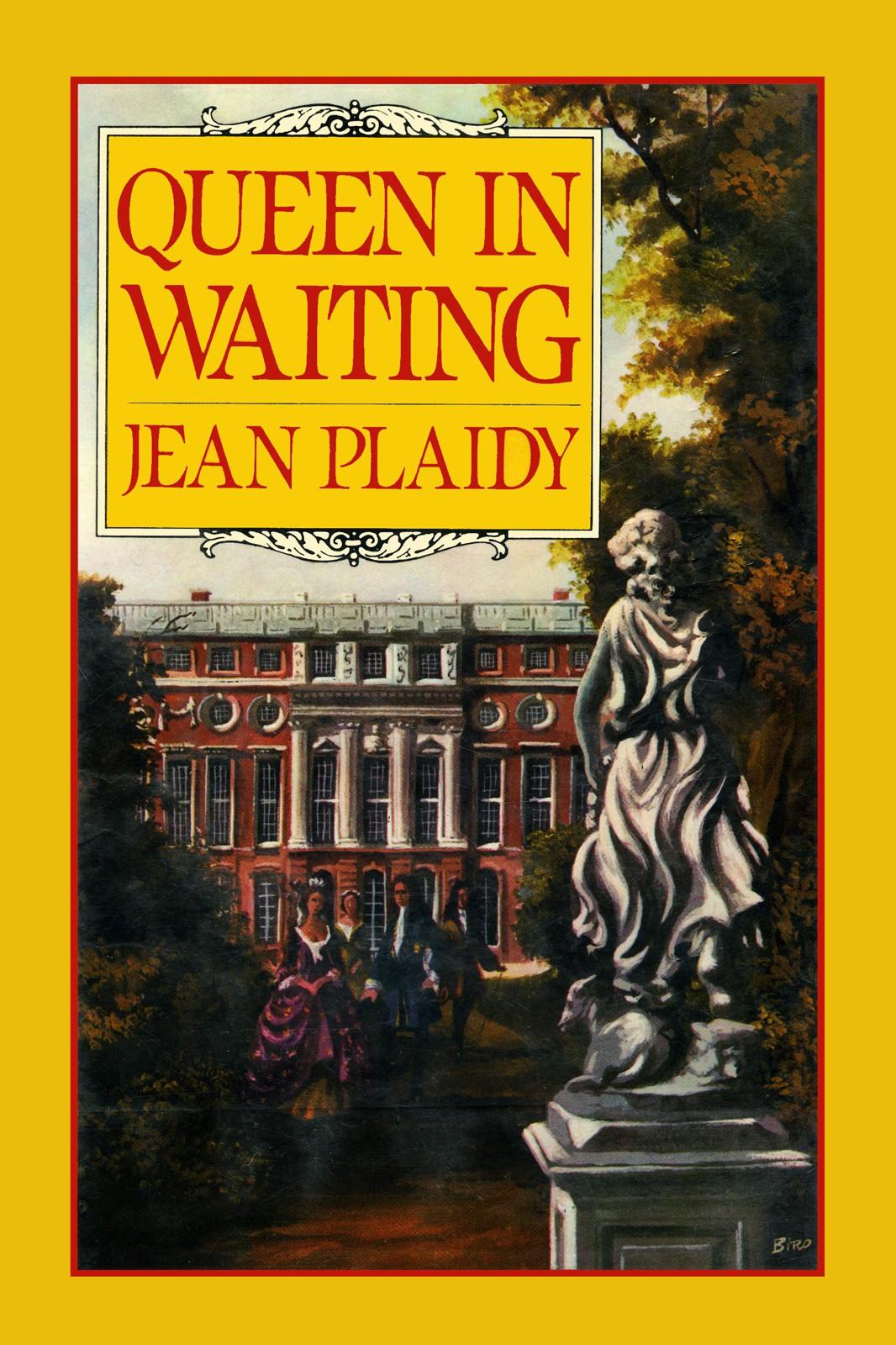 The shadow of murder

Suitors and tragedy for Caroline

The courtship of Caroline

The court at Hanover

The Prince improves his English

The end of a life and the beginning of a reign

At the Court of St James’s

The days of glory

The ghost of the old Leine Schloss

The end of waiting

When Caroline of Ansbach arrives in England, King George is old and sour, his mistress ugly and his wife imprisoned at his own hand for over twenty years. She has grown up watching her mother Eleanor’s loveless and dangerous marriage, and is determined to avoid a similar situation. So she marries the Prince of Wales, George Augustus, and they are popular among the people, leading the King to resent them.

In what will become typical Hanoverian style, father and son loathe each other and exist in a state of constant competition for power. She quickly realizes that her husband is unintelligent and sees that she will be able to control him to some extent. Despite plenty of obstacles, including her father-in-law’s control of her children, she refuses to lose sight of her aims.

Jean Plaidy, one of the preeminent authors of historical fiction for most of the twentieth century, is the pen name of the prolific English author Eleanor Hibbert, also known as Victoria Holt. Jean Plaidy’s novels had sold more than 14 million copies worldwide by the time of her death in 1993.

The Shadow of the Pomegranate

The Thistle and the Rose

The Captive Queen of Scots

The Murder in the Tower

A Health Unto His Majesty

The Road to Compiègne

Madonna of the Seven Hills

Spain for the Sovereigns

The Princess of Celle

The Prince and the Quakeress

Indiscretions of the Queen

Victoria in the Wings

The Captive of Kensington

The Queen and Lord M

The Widow of Windsor

The Lion of Justice

The Revolt of the Eaglets

The Heart of the Lion

The Prince of Darkness

The Battle of the Queens

The Queen from Provence

The Hammer of the Scots

The Follies of the King

The Vow of the Heron

The Star of Lancaster

The Sun in Splendour

Queen of this Realm: The Story of Elizabeth I

The Lady in the Tower

The Rose without a Thorn

The Queen of Diamonds

The second book in the Georgian Saga

SOPHIA CHARLOTTE, ELECTRESS
of Brandenburg, was discussing the possibility of a marriage for her dear but sadly impoverished friend Eleanor Erdmuthe Louisa, widowed Margravine of Ansbach.

‘For you see, my dear Frederick, her position is intolerable as it stands and what will become of that poor child of hers if her mother has no position in the world?’

Frederick, Elector of Brandenburg, smiled at his wife. He rarely smiled when he was not with her for his was far from a genial nature; but since their marriage he had never ceased to be delighted with her and had been a faithful husband which was something of a miracle when the way of life among German princelings was promiscuous by habit and the coarser the more natural.

But no other German prince possessed a wife like Sophia Charlotte. She was the most beautiful Princess in Germany, so he believed: as soon as he had seen her he had been struck by this unusual beauty, so outstanding among the buxom ladies of his previous acquaintance. She had a grace and charm inherited from her Stuart ancestors for her mother was Sophia, Electress of Hanover and
her
mother had been Elizabeth of Bohemia, daughter of James I of England. The Stuart charm was very noticeable in Sophia Charlotte – tempered, thought Frederick, with good sound German common sense. Charm and good sense! What a combination!

‘Well, we must bring about this marriage. It would be excellent from all points of view,’ he said.

‘It would give me great pleasure to see her happy. Poor soul, I fear she has no easy time in Ansbach with that stepson of hers. I believe he always resented his father’s second marriage and now he has a chance to express his disapproval. It’s no atmosphere in which to bring up children.’

‘Nothing could suit us better than to see a friend of ours married into Saxony. John George has been a cause of trouble since he inherited. And I believe that woman of his is in the pay of Austria.’

‘Then he needs marriage with a woman like Eleanor to break the association. Though I’ve heard that his passion for Magdalen von Röohlitz is quite violent and she has great power over him.’

‘Eleanor will break that.’

Sophia Charlotte was dubious. Eleanor was a dear creature but meek and although pretty enough in her way, perhaps not persuasively charming or erotically skilled enough to break the hold of a sensuous woman like von Röohlitz.

Sophia Charlotte’s inclination was to turn away from unpleasantness and such relationships as that between the dissolute Elector of Saxony and his mistress was in her opinion decidedly unpleasant; but she was never one to shirk the distasteful at the expense of duty; and she was deeply concerned about her friend.

Her husband looked at her a little wistfully. He would have been delighted if she had taken more interest in politics. He had often visualized an ideal relationship. She was the only woman in the world with whom he would have shared his powers – and she did not want a share in it. If she had brought that penetrating mind of hers to the study of politics, if they had worked together, what a pair they would have made! But no! She preferred literature, music, art and discussion to statescraft. She would converse learnedly with theologians on the possibility of an after-life but had little concern for the affairs of her husband’s electorate.

Yet what could he do but indulge her for his greatest desire was to please her. There she sat now – serene, almost unbelievably beautiful, gravely discussing this marriage – not because the alliance would help to break friendship between Saxony and Austria and turn it towards Brandenburg where it was needed,
but because her friend and protégée, poor widowed Eleanor, needed a home and settled life for her children.

Her children! That was at the root of the matter. He and Sophia Charlotte had one son, Frederick William – and the little boy was already showing signs of an ungovernable temper – and she longed for a daughter, preferably like Eleanor’s who was a pretty little girl, now about eight years old, flaxen-haired, and plump with bright blue inquiring eyes. He had seen Sophia Charlotte’s eyes on little Wilhelmina Caroline. And it was to provide security for the child that Sophia Charlotte wanted this match.

He went on: ‘When she is married into Saxony it will be easier for her to provide for her children’s future.’

‘Poor little Caroline!’ She was referring to Wilhelmina Caroline who was known by her second name. ‘That stepbrother who is now the Margrave resents them at Ansbach. Eleanor was delighted when I suggested she should come to us in Berlin.’

‘I’m not surprised, my dear. You make them very welcome and it is, as we all know, an honour to be a guest at Lützenburg which you have made comparable, so they tell me, with the Palace of Versailles.’

‘That is an exaggeration. Nothing on earth could compare with Versailles. We are none of us in a position to set ourselves up as little Kings of France. Nor do we wish to. Lützenburg is ours… we have made it as it is and certainly we have not tried to imitate Louis.’

‘But for your generosity I should never have had the opportunity.’ She smiled at him wishing she could feel more strongly towards him. But she felt no love for him nor for any man. Moreover he was middle-aged and deformed, and when she had first seen him she had been horrified, but her mother had warned her years before that all princesses must accept the marriages which were made for them and even if they must go to bed with a gorilla for the sake of the state they should not complain. Frederick was no gorilla – merely in her young eyes an unattractive, unshapely old man whom she had learned to tolerate; and his indulgence to her had touched her, for not only did he wish to please her by giving her gifts like the beautiful castle of
Lützenburg, not only did he allow her to invite her own circle of friends there, even though they were of no interest to him, but he was actually in awe of her. When she considered the promiscuity of her father, the Elector of Hanover, and the crudeness of her eldest brother, George Lewis, with his dreadful mistresses; when she considered her dignified mother’s resignation and the manner in which George Lewis treated his beautiful wife, Sophia Dorothea, she must think she was very fortunate.

‘I want you to be happy,’ he said rising and coming nearer.

She put out a hand for fear this might be an approach to some display of affection.

‘She should be grateful to you.’

‘Not yet. Only if her mother marries into Saxony and through the marriage can arrange a happy future for her.’

He went to her, took her hand and kissed it. As soon as he left her he was scowling, wondering why one of the most powerful Electors in Germany should be so humbly eager to please a woman who showed him little else but a kindly tolerance.

When Love Breaks by Kate Squires
The Addicted Brain by Michael Kuhar
Unprotected by Kristin Lee Johnson
Who Killed Bob Teal? and Other Stories by Dashiell Hammett
Dancing With the Devil by Katie Davis
Chariots of the Gods by Erich Von Daniken
Murder on Waverly Place by Victoria Thompson
Strictly For Cash by James Hadley Chase
Anew: Book One: Awakened by Litton, Josie
Under and Alone by William Queen