Read Queens of All the Earth Online

Queens of All the Earth 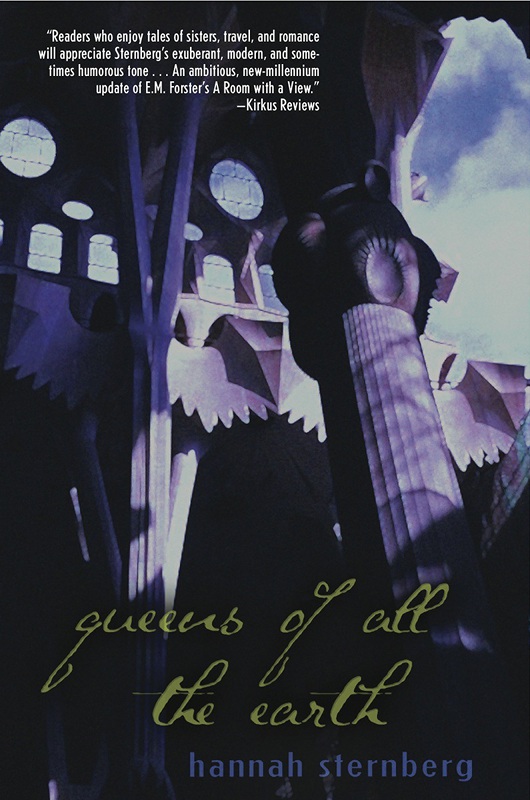 queens of all
the earth

whose heart is open to little birds

2: This Motionless Forgetful Where

3: Nowhere To Here, Never To Beautiful

8: Into The Waters I Rode

9: You’ll Have To Loan Me Pain

11: You Shall Above All Things Be Glad And Young

he beckons, she rises she

in the passion of the fifty

while the queens of all the

0
IT MAY NOT
ALWAYS BE SO

A
t Cornell University in upstate New York, a thousand incoming freshmen milled through a dozen entry booths, collecting keys and pamphlets and signing waivers, meeting their roommates, bickering with their parents, then hugging their parents when they hoped their roommates weren’t looking.

In Williamsburg, Virginia, a rented van waited, packed tight with the fruits of a shopping spree. Virtually everything inside was new, much of it still in its original packaging. Unflinching summer sunlight made the van’s contents appear chintzy, forlorn.

A hastily parked car straddled the grass beside the driveway of the house where the van waited. The front door of the house stood slightly open.

“We know it’s not physical,” the doctor upstairs told Miranda Somerset. “As the paramedics told you, her vitals are normal. The problem is in the mind.”

Dr. Simons was a family friend from the College of William and Mary, where Miranda’s mother worked. He was primarily an academic psychologist. At first, Miranda had called 9-1-1, but then she panicked
after the paramedics told her they couldn’t compel a legal adult to undergo a psychiatric evaluation if she wasn’t a threat to herself or others. The paramedics left quietly, with a deflated sense of emergency, but Miranda’s anxiety rose. She called her mother, who was giving a paper in Middlebury, for some shred of advice, and her mother had told her to call Dr. Simons.

“Is there something you can give her? Valium or something? Something to get her through it?” Miranda asked Dr. Simons. “Just to get her out of bed? I’m sure as soon as she starts moving, she’ll feel better.”

“Miranda,” he said with the patience of someone used to negotiating with deniers, “she’s had a full psychotic break. She isn’t going anywhere.”

“Move-in ends at 5 p.m.,” Miranda said, unaware of the tear rolling down her cheek.

In the bedroom beyond the door where Miranda and Dr. Simons stood, the August sun sluiced through the gap where the blinds didn’t drop down all the way, creating a hard bright line on the floor. The mug of coffee Miranda had brought upstairs for her sister sat cold as granite on the nightstand. Olivia lay like a rock on her bed. Her eyes, peeled, stared at the ceiling. Beads of perspiration stood round and perfect on her forehead, though the room was cool.

Her left hand clutched a book from her childhood,
A Swiftly Tilting Planet
, a time-travel adventure. Her index finger held her place between the pages. Miranda had not been able to remove the book from her hands, and Dr. Simons, when he had arrived, had advised against trying.

“She shouldn’t be alone,” Dr. Simons said, glancing at Olivia.

“I can take another day off work,” Miranda said. Miranda, seven years older than her sister, lived in Arlington, Virginia, where she worked as an accountant for an insurance company.

“Good. Talk to her. Play music she likes. Bring her food. Let her smell it,” Dr. Simons said. “She’s in there somewhere. My guess is she’ll come out again sooner rather than later. Call me again tomorrow.”

“Are you sure there isn’t anything you can give her?”

“There’s nothing physically wrong with her,” the doctor repeated. “And I can’t prescribe anything until she’s undergone a full psychological evaluation. I wouldn’t want to, even if I could. We don’t know what we’re dealing with until she decides to open up and start talking about it. Could be major depression, could be bipolar disorder.” He took off his glasses and cleaned them on a corner of his jacket. “But considering her history, and your family’s history, it’s most probably nothing more than brief reactive psychosis. In that case, I’d recommend avoiding medication and letting her rest and recover at her own pace, with the help of therapy.”

In the bedroom, Olivia heard but didn’t hear the words being said about her. She had heard the Metronomic alarm, steady and faithful like her breathing, but she also hadn’t heard it, as if she were buried somewhere deep below the ocean, where all this sound and outside sensation fused into a solid block, a barrier between herself and now.

She had already been awake for an hour when the alarm went off, watching the ceiling grow from a pale shadow to a crisp white constellation of bubbles. Her alarm had wailed for another hour before Miranda had stormed into her room to wake her up.

The shouting. The pleading. The phone calls. The pounding on the stairs. Olivia had heard and not heard them. Her eyes were not glassy, but intense and focused.

“Can’t you stay a little longer?” Miranda asked Dr. Simons. “I don’t want to be...” She didn’t finish the sentence. “I’m worried if she gets any worse,” she said.

Dr. Simons looked at his watch.

“I can stay another hour or so,” he said.

The new freshmen of Cornell University were plugging in their microwaves, discovering which of their desk toys had broken in transit, and comparing video game consoles. Their residence advisors were
completing complicated checklists placed on battered clipboards. In another hour, many of the freshmen would disperse to find lunch, hoping they’d be able to find their way back to their rooms again.

Olivia didn’t leave her room. She didn’t move or speak all that morning. She did not set aside her book or remove her finger from the page it marked.

Dr. Simons sent one of his graduate students to sit by Olivia’s bed in the afternoon, while Miranda unloaded the rental van and returned it. Dr. Simons picked Miranda up from the rental facility and took her home. She arrived to the sound of children’s playful screams from the inflatable pool next-door.

That evening, as if she’d sensed the specter of the van was gone, Olivia sighed and turned her face to the side.

That night, their mother called and asked Miranda to hold the phone to Olivia’s ear.

“This is perfectly natural,” their mother said. “Most adolescents fear the onset of adulthood. You’ll come out of it, honey. In the meantime, let Miranda feed you some supper, okay?”

Olivia’s silence was her only response.

That night, the freshmen of Cornell acted as if they were too cool to wish they were at home.

The Somersets’ neighbors’ children slept, perfectly convinced no day could be as wonderful as today, except tomorrow.

Olivia slept that night, white under the sheets.

I
t was November.

It had taken more than three months to lift Olivia out of the fog, to find her voice and shake it out, and then to pry her from the house, not for school, but for what Miranda called an “educational journey” to Spain—a test run, an emotional stability experiment, or, if Miranda squinted, a vacation. A vacation from the last three months.

Olivia was on the bus from the airport to Barcelona. The bus was moving very fast. She felt the bumps and swayed with the turns, languidly reaching for the bar in front of her while her sister clutched the edge of the seat and scowled. Maybe the bus was not moving at all; maybe the scenery was moving very fast. Mountains, green dragon-like and ridge-backed, rippled past with bulges like vertebrae, snaking around the bus and hoarding in their center a softly glowing red and yellow city. Their summits reared and roared and shrank back again, hiding and then revealing small pink houses.

Olivia sat thinking about mountains. She had never seen mountains like this, except in pictures. It was like discovering the monsters on the map were no joke at all.

The spirit of adventure had not filled her yet, not like when she read of
it in books. The telephone lines sliced through the scene, and the dance pop on the radio and the dreary desolation of the highway grated at her fantasies until they were shed like flakes of old skin. In reality, travel was sweaty and painful, fraught with baseless fears, minor accidents, and lingering dehydration headaches. She scattered these thoughts into the now-clear (and still smarting) acre of her mind reserved for adventure, where imagination had previously flourished and occasionally grown strange flowers.

That August, Olivia’s nervous breakdown had seemed to fade after a few days. Her mother had called it a “catatonic episode,” much like some aboriginal mystical experiences undergone at the coming of age. Olivia and Miranda’s mother was a sociological anthropology professor of some repute at William and Mary. She traveled often in the summer, conducting research and conferring with other tireless scholars. She had cleared her schedule as soon as she had come home, however, allowing Miranda to return to her own job and home in Arlington.

In the space of three days, Olivia had emerged from her dream state, wandering her room and touching familiar things. Then she had begun obediently to come down for breakfast, lunch, and dinner, never preparing anything for herself but instead waiting patiently at the table, even if it took her mother, elsewhere in the house, hours to realize she was there. She had even begun to speak.

That was how Miranda, visiting the next weekend to check on her sister, had realized that the episode was not over yet.