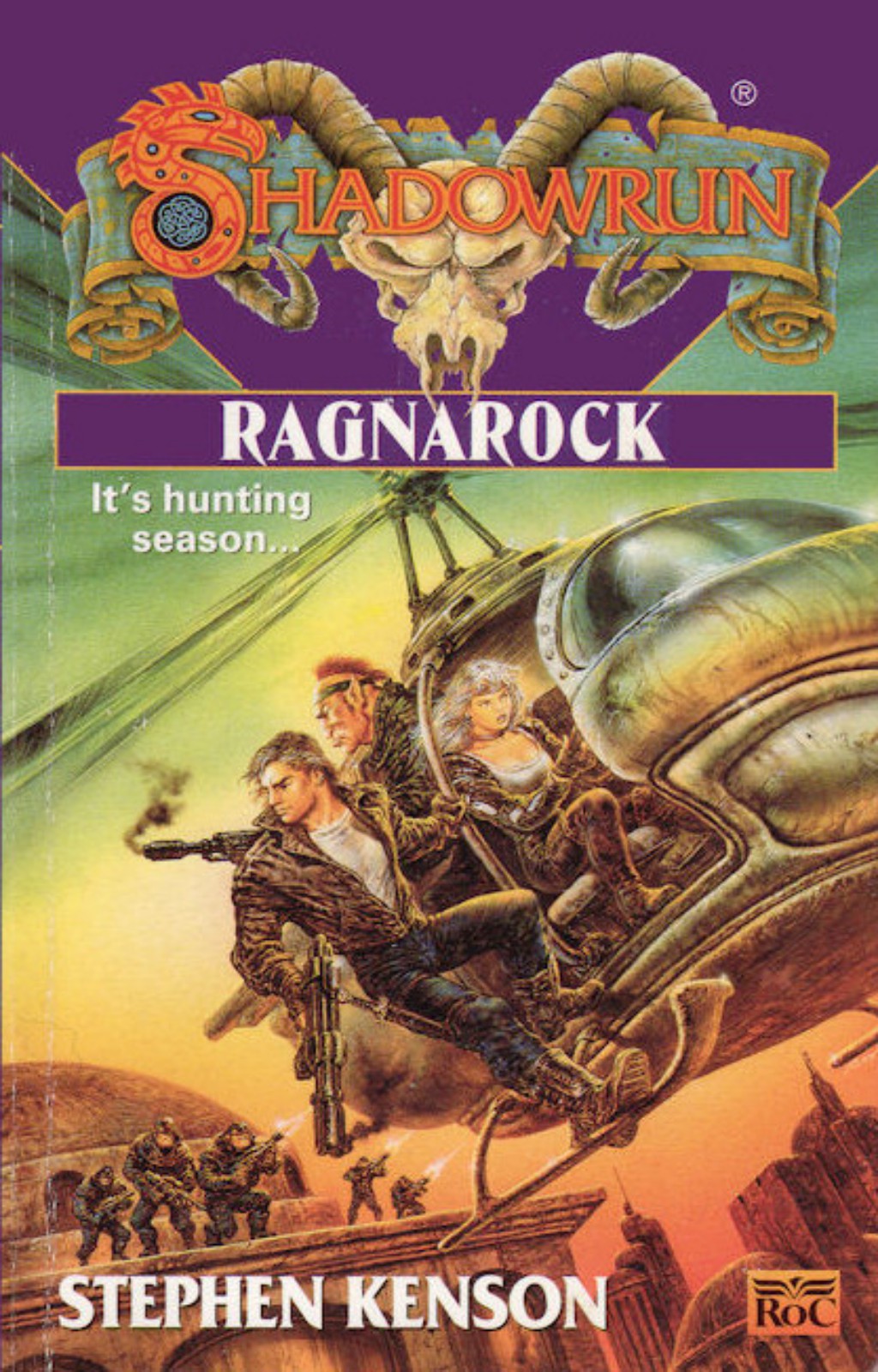 Suddenly Dr. Goronay threw his head back and gave a terrible cry, whether of pain or anger, Talon couldn't tell. The doctor grabbed his balding head with his right hand and pointed his left at Lofwyr, forefinger extended in accusation.

"Monster! Defiler!" he shouted. "You will not break me! I am a true servant of the gods! Death!" he cried. "Death to all tyrants!"

As Goronay spoke, the rosy crystal on the floor in front of Lofwyr began to glow brightly. Talon looked quickly from the crystal to the golden dragon looming overhead.

"Talon, look out!" Boom yelled. He grabbed Talon and pulled him back and down as the dragon slammed his tail into one of the macroglass windows. . . .

Goronay was laughing like a madman, practically gibbering. "Yes! Yes!" he shouted. "Now you will pay!"

In the twenty-first century, magic brings out the best in people—and the worst. Tommy Talon should know. As head of a successful shadow-running team, it's the dark side of people that brings him business. This time he's hired to hunt a murderous archaeologist and recover a magical relic. But Talon's not hunting alone. Someone else wants the artifact too—someone very powerful. And Talon and his team must outwit the world's most potent megacorporation on its own turf if they're to have any chance of returning the treasure—or any chance of returning at all. . . . 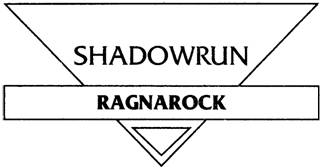 To Christopher, for everything.

Just like shadowrunning, this book was a team effort. Thanks go to Shadowrun developer Mike Mulvihill for his thoughts about just how devious dragons can be; to Donna Ippolito for editing under pressure; to Rob Boyle for his input and suggestions; and to my friends: Jan Campbell, Andy Frades, Lyle Hinckley, Sean Johnson, Bill Michie, and Rich Tomasso, for making Shadowrun as much fun as it has been. Thanks, chummers. 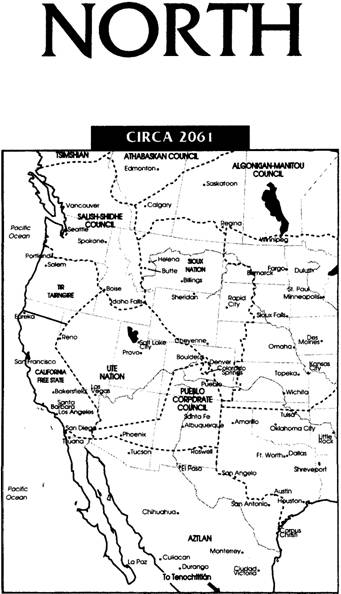 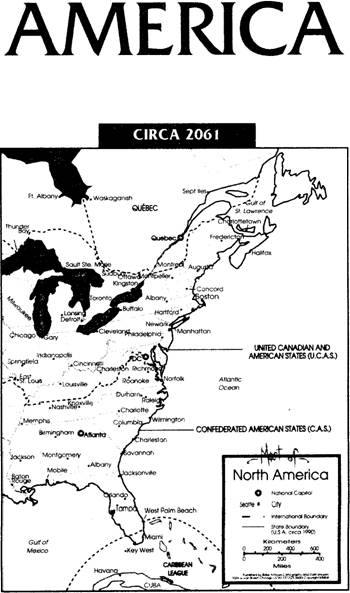 The gods have sent the rain as a sign of their displeasure,
Dr. Alexi Goronay thought glumly as he picked his way around the shallow, muddy puddles filling the deep pockmarks dug into the earth by machine treads, shovels, picks, and work boots. The rich clay soil was rapidly turning into a sticky mire that sucked at the feet with greedy fingers, slowing everyone to a labored trudge through the muck. Combined with the cold and the high winds of the past few days, it was easy to believe that this small area of the Ukraine had somehow earned the displeasure of some divine force.

It could have been worse, the good doctor supposed as he struggled up a gentle slope to his waiting trailer, cursing to himself as the ground shifted and slid under his every step. This region should be getting buried under snow this late in the year, but weather patterns had been strange and it was unseasonably warm for early December. Not warm enough for the rain to be anything other than ice water, with snow unlikely.

Reaching the trailer, the doctor stepped carefully over the cinder-block steps set just under the metal one leading up into the corrugated steel trailer. He didn't want to push the blocks any further into the mud than they already were. Using the door handle to pull himself up onto the step, he pushed the door open and stepped inside, tugging the slightly protesting door shut behind him. He paused for a moment to enjoy the relative quiet and warmth. Still, the glow of the small camp heater in the trailer could not chase the chill from his bones or from the depths of his spirit.

It wasn't the rain that bothered him. Goronay couldn't count the times he'd encountered worse. He'd been all over the world and obliged to work under conditions ranging from blistering heat to bitter cold. His main concern was what the unseasonable weather would do to the dig site, only now in the early stages of being unearthed. The mess the weather was making of the ground, turning whole tracts into sloppy, sucking mires, was slowing the work of excavation almost to a halt. Some of his students were working a few areas under the protection of bright surplus tarpaulins and rain ponchos, but they could move at only the slowest pace. Already one near mishap had almost sent a bundle of artifact fragments scattering down a muddy hillside. Goronay had nearly canceled the dig on account of it.

But he did not. He could not. For one thing, his patron would be quite upset if the dig were canceled. The Saeder-Krupp Corporation funded his research through a substantial grant to the University, with the strong implication that they expected results. If he canceled the dig now, the project might lose its funding entirely.

There was something else that told him to go on, despite all the problems and despite his own better judgment, which said perhaps it would be wiser to simply cover things over and wait until conditions were more favorable. Some of his crew were already grumbling about finishing this thing before Christmas. It wasn't as if the dig site was allocated to anyone other than his department at the University, nor did it seem truly likely Saeder-Krupp would withdraw its support from the project, despite their threats. The funding was little more than pocket change to the world's largest and wealthiest megacorporation. Goronay also suspected that a famous archeological find would make for valuable propaganda in the international press.

The doctor was a man of science and he did not believe in anything that he could not dig up out of the earth and examine with his own two eyes. Failing though they might be, he thought, as he wiped off his glasses on a not much dryer cloth. And yet, something told him that now was the only time for this dig, a sense of urgency he could not explain, but that he felt with every fiber of his being. If they abandoned the dig now, they would not likely be able to get back here before spring, but even that wasn't it. No, there was a sense that something momentous was about to happen and that time was running out. If only the blasted weather would cooperate!

The doctor hung up his coat and hat to dry on the stand next to the small space heater and made his way over to the counter. While he waited for the water on the portable hot plate to boil, he glanced over the dig site information spread out on the table nearby. The site was not an overly remarkable one. The story was, in fact, fairly typical. Miners searching for new veins of ore to support Eastern Europe's hungry and hopeful industry had come across some unusual rock formations and done a little more digging, no doubt in hopes of finding some lost treasure that everyone seemed to think lay buried as part and parcel of every archeological find. All they discovered were some unusual stone and metal fragments, fragments that found their way to the archeology department and Dr. Goronay's desk by way of Saeder-Krupp, the mining company's parent corporation. The doctor had never seen artifacts of such a type from anywhere in the area. They appeared to be remnants of tools, or possibly weapons, but they were far too fragmentary and old to attempt to piece together what civilization or era they might have come from.

The most interesting thing about the fragments, the one thing that continued to make Dr. Goronay think there was something to be found at this dig, was that they appeared to be extremely old. Many thousands of years old, in fact. If so, then the metal fragments were of extreme interest. There were bits of iron, copper, silver, and gold, too pure not to have been refined, and yet refined metals such as these were completely unknown in the Ukraine region so long ago.

Just as the doctor sat down with a steaming cup of coffee to contemplate the selfsame fragments that lay spread out on the table along with the many papers, photographs, and topographical maps of the dig site, there came a loud knocking on the metal door of the trailer compartment that sounded like an amplification of the drumming rain outside. He opened the door to admit the sopping and panting form of Gregor, one of his students. The young man was drenched to the skin through his Soviet military-surplus rain poncho and winded from running and stumbling through the rain and mud to the doctor's trailer, but his face and eyes were wild with excitement.

"Gregor," Dr, Goronay said as his assistant tried to catch his breath, "what in God's name is going on?" Young Gregor could be a bit excitable at times, but Goronay had never seen him in such a state.

"Doctor, you must come and see!" Gregor paused for breath as the words seemed to stumble over each other in a rush to get out of his mouth. "In the east quadrant . . . we . . . we found something!"

Oh, hell,
the doctor thought,
I didn't really need to dry off anyway.
He grabbed his coat and hat and followed Gregor back out into the pouring rain. He had to admit that the boy's enthusiasm was contagious.

He could feel something stirring inside him, something that said, "This is it. This is what I've been waiting for."

Anya, another of Dr. Goronay's students, knelt under the tarpaulin tent near the find almost reverently, hovering over it like a guardian against anyone who might come near. A bright smile lit up her rain
and mud-spattered face as the doctor approached.

He ducked under the tent and knelt down near where the find had been carefully laid out on some dry towels, though God only knew where they had managed to find any at that point. Gregor crouched impatiently on his haunches, bouncing a bit as he waited to see what would happen next.

"All right then," the doctor said with a grunt as he lowered himself to his knees, "let's see what we have here." Anya started to speak, but Goronay shushed her with a "tut, tut" and a wave of his hand. He preferred to examine a new find for himself before he heard a report from his juniors. He took his damp glasses from a coat pocket and slipped them on to get a better look.