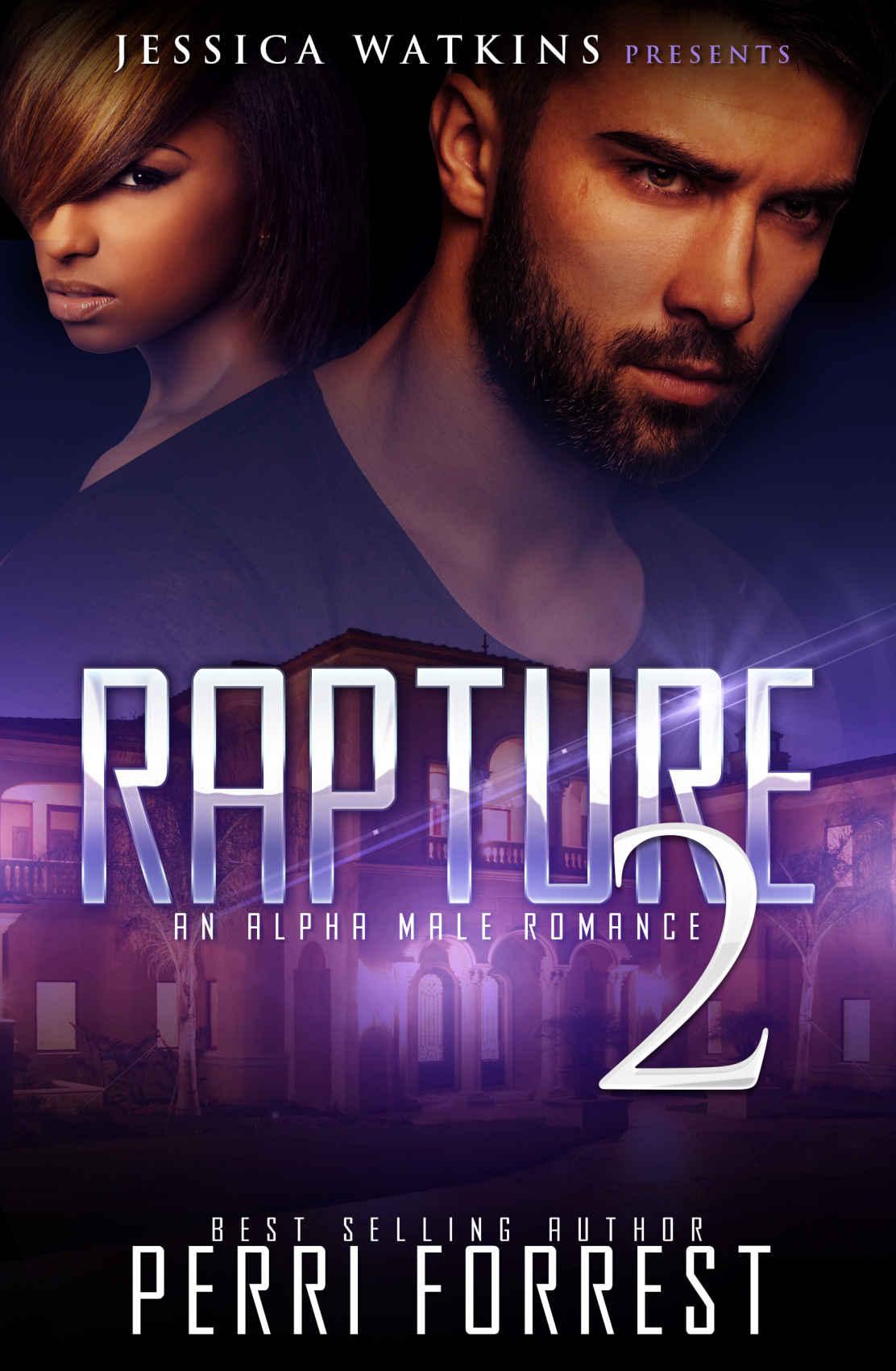 All rights reserved, including the right of reproduction in whole or in part in any form. Without limiting the right under copyright reserved above, no part of this publication may be reproduced, stored in or introduced into a retrieval system, or transmitted, in any form by means (electronic, mechanical, photocopying, recording, or otherwise), without the prior written permission of the copyright owner.

This is a work of fiction. Names, characters, places and incidents are either the product of the author’s imagination or are used fictitiously, and any resemblance to actual persons, living or dead, business establishments, events, or locales, is entirely coincidental.

I want to dedicate this book to all the committed and driven artists near and far. We all have different areas of entertainment that we bring to the world, and nobody but us understands what goes into delivering quality work to the masses. Just like nobody but us understands what all transpires behind the scenes as we put forth our best effort to produce not only something that our audience loves, but that we love as well. Keep doing what you do, as will I. Thank you, for allowing me to be in such good company.

Rapture 2
wasn’t supposed to happen. Usually by the time I publish a book I’ve already read it so many times, and allowed those characters to be the boss of me, that I’m just ready to get the whole thing gone out my sphere. Seriously.
Rapture
was supposed to be a standalone. You’re probably like,
Lies
!
That’s what they all say
! But nah, for real. It was really meant to be that book ONE, book DONE.
Buuut
the outpour was such that it couldn’t be ignored and I’m all about giving my readers what they want. Y’all are spoiled! So, here’s your sequel. I hope it’s a good follow-up and that you enjoy!

I want to extend a huge…and I mean, a
huge
, debt of gratitude to all the readers that sent me emails regarding Rapture. All the readers who tweeted me, and who hit my Facebook inbox. I loved the love! Thank you so much. I awoke to emails every day and continued receiving them throughout the day about how much they loved my couple. They told me what they would prefer to see build between Rush and Alika. They even offered me ways to twist the storyline. One even told me to pull a Maury and tell Rush: “You are not the father!” You’ll have to flip the pages to see if that actually happen
s
. Do you know how rewarding it is when someone connects with characters that you built from your head, and then poured your heart into them? I wish I knew just how all of you were exposed to my work and which outlets led you to me so that I could acknowledge those individuals as well. But wherever you came from, don’t ever leave me. We cuzzins now! Lol
!


The girls in my reading group…I love y’all. You keep my days going and I can come in there and talk to y’all about anything and I love it! It’s candid, it’s fun, and we just kick it without any set schedule to follow and believe it or not, it helps me through a lot. It’s a healthy sister-friend interaction and it’s both welcomed and needed. Thank you
sooo
much!

Lance Michael Cambridge was a distinguished gentleman. At sixty-five years young, he didn’t look a day over forty-five. It might’ve been his dirty blonde cropped taper a-la-George Clooney style that he wore close to the head, or the goatee that lined his chiseled European features. Or maybe just the overall way he carried himself. He was always wore the finest clothing and surrounded himself with those who did the same. Tonight he was decked in a navy blue $1,400 Z Zegna Mohair suit, a checkered platinum tie, a crisp white button up beneath, and a pair of black $700 Gucci Hylands. Lance felt that if you were living the good life, you needed to dress the part. No exceptions. Your entrance into any arena should always make individuals take pause. It should make them wonder who you are and what your claim to fame is. They needed to question whether or not they were deserving enough to breathe your same air. Most consider Lance arrogant, an asshole, if you will. He doesn’t mind that, though. His attitude is such that if people aren’t talking about you, then you’re not doing you…the
right
way. A self-made millionaire by the time he was twenty-five, Lance had the ego of ten men, and not too many people liked him because of it. But not too many people were bold enough to call him on his arrogance. No, they wouldn’t do that. Because regardless of how they felt, what couldn’t be denied was the fact that because of his amazing business savvy,
anything
Lance touched turned into gold. Fuck that, it turned into platinum. He headed several enterprises spanning across the country, and had even dabbled in international affairs—both business and personal. He was the real-life, more suave version of
The Young & the Restless
’ Victor Newman, with every bit of the characteristics that Victor possessed.

Tonight, he was out celebrating with a few colleagues having a night away from home, from basic life, and particularly, from business. He had been working nonstop for the past few months and desperately needed some time off…to get off. And that was what tonight was reserved for. There would be plenty of man-talk, as well as some very x-rated adult-style fun, at the end of it all, at a nearby penthouse suite. His plan included fucking a few beautiful women and tearing through their insides so rigorously, that his dick would be numb for weeks. That was the kind of pleasure he intended on engaging in.

He allowed himself to welcome a slick smile across his thin lips. Despite the family drama he was currently involved in with his son, and the reveal of a long lost bastard child, things were looking up for Lance.

He pulled up to valet, second in line, and exited his Midnight Blue BMW M6 Gran Coupe. “Thanks, young man,” he acknowledged as he surrendered his keys to the cheerful attendant. “Take good care of my beauty. Pictures were taken of her before I left my home, and I do check for all imperfections after the fact, so be on your best behavior.”

“Of course, sir,” the attendant responded. “This beauty is in good hands with me. It’ll receive my undivided attention, sir,” he assured.

At exactly 1:02AM, Lance stepped over the curb and proceeded toward the entrance of New Century, the full nude gentlemen’s club in San Francisco. He lightly tugged along the bottom of his suit jacket just to ensure that his appearance was perfect. As he walked in and saw that two or three gentlemen were ahead of him, he thought to enter through the discreet entrance instead as to not keep his party in VIP waiting any longer. But then he produced a light chuckle at a sudden thought. He already knew that regardless of how long he took, they’d be there. They were there to have a good time just as he was.
A few seconds won’t hurt matters
, he silently told himself.

Immediately inside the cherry wood double doors, the head hostess, Briella, greeted him with a perfect smile. “Hello, Mr. Cambridge. Your party has become quite antsy anticipating your arrival. But we’ve kept them entertained for you.”

“Oh, Briella, I’m sure you have. Thanks, love. You know that boys will be boys,” he kidded.

“Oh yes, they will,” she responded, winking flirtatiously as she continued on her way, turning to look back at him once. “Have a great time. Perhaps I’ll see you in a bit.”

“Yes, let’s make that a for sure thing,” he responded, staring hungrily, at her backside.
My God, this is indeed going to be a beautiful night. Down boy, until it’s play time
, he quietly instructed his member, as he adjusted his pants slightly.

When Lance turned back around, he was met with a thud, as he accidentally collided with someone. The scent that the person wore was immediately recognizable and engulfed the small pocket of air that lingered between them. Without looking up, instinctively, Lance’s reflexes caused him to reach out in apology. “Excuse me, sweetheart,” he offered, reaching out to assist her with maintaining her balance.

Although she had stumbled, the woman regrouped and managed to speak softly. “I’m so sorry,” she said, as she rebounded.

That voice
! he said to himself. Lance tried to see the woman’s face, but it appeared that she was disinterested in having any eye contact at all, keeping her eyes fixed in another direction. However, the more she tried to avoid, the more curious Lance was to see who the woman with the familiar scent and voice, was. He released the light hold he had on her arm, and as he did so, their eyes met.

What the fuck
? His green irises lit up. He instantly recognized her.
This can’t be
!

The activity around the club seemed to increase in those moments. There were more voices, there were more passersby, and the music playing throughout seemed to have gotten louder. As the reality began to register with Lance, he and the woman held onto each other’s gazes. So much so that it took him a few long seconds to realize that a small prick had been inserted into the front of his upper thigh.

She withdrew the small needle, discreetly placed it back into its plastic tubing, and then backed up a few centimeters from where he stood. As incoherent as he had begun to feel, Lance couldn’t mistake the look of pure hatred and disgust that she held in her eyes. He knew that she despised him with every fiber of her being. And for that very reason, Lance knew that he was in danger. The once-panicked look in her eye began to relax. “
You know me don’t you
?” she mouthed. A faint smile crossed her beautiful face. He tried desperately to reach for her with weakly flailing arms, but she was already on the move. She hurriedly exited through the front door, leaving Lance behind.

He screamed her name inside his head, but he was incapable of doing anything outside of that. His head began to spin wildly, and he was starting to have trouble realizing where he was, all while being unable to stop the feeling of nausea.
Whaaat the fuuuuck is haaa…ppenn…ing
? He was dazed, confused and could barely move a single limb.

Before he knew it, he was falling diagonally and unable to break a fall that came all too quickly.

The White Devil by Justin Evans
Rex by José Manuel Prieto
In the Still of the Night by Dorothy Salisbury Davis
Job: A Comedy of Justice by Robert A Heinlein
His Destiny by Cosby, Diana
Unsafe Harbor by Jessica Speart
Some Like It Hotter (Sweet Life in Seattle #3) by Andrea Simonne
Snakes Don't Miss Their Mothers by M. E. Kerr
Las hogueras by Concha Alós
Wild Ride by Matt Christopher, Stephanie Peters