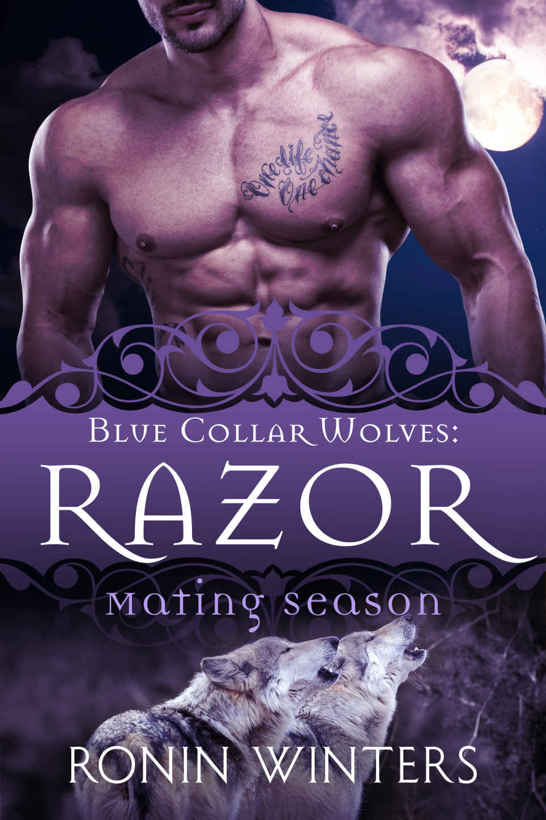 All characters and events in this book are fictitious. Any resemblance to actual persons – living or dead – is purely coincidental.

What is The Mating Season Collection?

The mating moon is rising…

Pleasure Satellite
–
To the Strongest goes Everything…

Want to know the moment a New Book is Released? Sign-up!

What is The Mating Season Collection?

The Mating Season began when six friends (who also happen to be Paranormal Romance Writers) got together and started talking about how it was funny authors could take the same premise but make such different stories around it.

A little more talk (and perhaps a little more wine – no telling) and they began to brainstorm about a werewolf world revolving around The Mating Season, a special time of year which would be the only time a werewolf could take a mate. One author suggested she would take a story this way while another laughed and cut her off and said, nope, she’d tell a story like this.

And then they all stopped and thought,
Hey, why don’t we write these different stories and release them all together in one collection?
So they did.

Six Authors. Six Different Packs. And all of it revolving around One Premise – The Mating Season.

We are proud and excited to have worked on this project together. I hope you enjoy my take and my pack as they navigate The Mating Season, and please check out my friend’s packs and their takes on it as well.

A
pple pie was
the best way to say goodbye.

Warm and rich, the scent and taste of it had weight and depth, but it was still fresh and crisp, no bitterness on the palate, though, with the right apples, there was the hint of tart underneath the sweetness.

Cakes were the food for welcoming people, saying hello. Pies were for goodbyes.

She always made her own crust.
The secret of a good pie is the crust.
It was what Granny had said, horror running through the words if she said it in response to someone suggesting she save time and buy store crust. Besides, making crust wasn’t hard, not once you knew the secret to it.

Cold hands. Granny’s hands were always cold, just like hers were, so neither had any problems with kneading the mixture, rolling it out, not too many times because you didn’t want to overwork it. Overworked dough meant there was nothing to do but start over again.

Aaliyah made her apple pies with a mixture of Granny Smith and Honeycrisp apples, lighter on the sugar and heavier on the spices than a lot of recipes she came across. This was Granny’s recipe, as were all the recipes she baked.

Granny couldn’t cook a lick, but the woman could take over Buckingham palace with her baked goods, if she’d ever wanted to.

This apple pie was cooling on the stove, aluminum foil over the top and ready to go to its new home. Upstairs, so many of her possessions were already boxed, ready to go to their new home as well. It had been a tsunami of change, things decided so fast she hadn’t really discussed it with anyone, not even her sister. Most people wouldn’t know she was gone until she sent the cards she’d already written in her head and now only needed to get down on paper, a stamp betraying the fact it was sent from far away.

It was better that way. No messy goodbyes.

But…she couldn’t go without one goodbye. Only one.

She’d debated it, but he hadn’t hidden his crush on her very well. Or at all.

It was flattering, to have the attentions of a wonderful boy who was going to grow up to be an amazing man, and in the end, that’s what decided her. She didn’t want to make him bitter, or be the
thing
that made him decide the worst about women.

She might end up being his first heartbreak, and she couldn’t dwell on that, or she would lose her nerve and call him to cancel this meeting.

Too late though, because the doorbell rang, and she opened it to familiar laughing green eyes and a devilish smile. “Aaliyah.” There was a spark in his eyes, an unfettered joy that most men didn’t possess. Most men – being fair, most people overall – were too worried over unreturned feelings or broken emotions to let the pureness of their thoughts shine in their eyes, but not him.

No, he was the same now as he’d been two years ago, coming come into Doc’s small clinic with a broken arm and a daredevil’s careless attitude. He’d been laughing with the group of boys surrounding him when he’d stopped, sniffing the air in that weird way she sometimes saw with some of Doc’s patients. His head shot around until his eyes landed on her, and he made his way to her, ignoring his friends and then Doc’s call to
Get your troublemaking, bone-breaking ass back here, boy
to stand in front of her, his eyes fastened on her like she was an honest-to-God miracle he’d been praying for but never expected would truly happen.

Then his lips twitched and, the little devil, he pulled out the stores of charm he’d been overblessed with, trying to make moves no fourteen year old should ever try with a woman ten years older than he, body covered in dirt and mud and broken arm cradled against his body, until Doc came out and grabbed his ear to drag him to the examination room.

That had been the start. For almost two years he’d been a presence in her life. Somehow every time she was at Doc’s he was there to
help
, which meant he flirted with her until Doc found heavy things for him to move or tossed him outside to do maintenance around the clinic.

Doc surprised her at Christmas with a nice bonus, saying she easily saved him ten times that amount since he didn’t need to hire anyone anymore.

It was sweet and heady, being the object of a boy’s first crush, and she cherished it for the gift it was. In fact, she wished she could let it go to its final conclusion, where he would discover the girls around him and build the courage to flirt with them, be with them, until she faded from his affections slow and easy. No broken hearts. No lingering bittersweet attachments.

But there was a reason these were called whirlwind courtships, and there was no time for her to let things finish slow and easy. Damon was being transferred, and though it had only been six months, she was going to do it. She was going to marry this man she’d been dating a short time and move across the country and uproot everything and if some nights she had to sit because she was shaking so bad from nerves, it wouldn’t stop her since something in her told her she needed to go.

And one of the reasons she needed to go was this boy.

Because these last few months, the thought began to take form in her mind that
maybe
Razor wasn’t going to start looking at girls his own age. That maybe he was too focused, too attached to her, and that she was hurting him, though she’d never meant to, would never want to.

There, that look. Like she was the sun and the moon and he’d happily live in her orbit, all wrapped up in a cocky grin that said he was only waiting for her to get with the program and could she just get on with it, please?

“Come on in.” She stepped back and held open the door to him. He’d been here a handful of times, usually helping her move things. He’d been big at fourteen, but now in full-blown puberty, she’d place a cash wager he grew between each time they met up. At twenty-one he’d probably be big enough to make football players feel inferior.

“Do I smell pie?” He stepped in, quick and easy and comfortable, heading straight for the kitchen. Once he discovered she was the one making the cookies and pastries that came with her when she went to Doc’s, he pulled the puppy eyes at every opportunity to convince her to make food for him.

“Yes, there’s pie.” Even she could hear the exasperated fondness in her voice. No wonder he took shameless advantage.

Razor threw a grin over his shoulder, never stopping in his quest. Good thing she had made two, because he cut into the uncovered pie without another word, his slice a quarter of the pie, and without looking at her to see the raised eyebrow she gave him, only said, “Growing here.”

He grabbed a fork and leaned against the counter, enjoying the food with a lack of manners that stayed on the
charming
side of the line without falling into
disgusting
. He did have manners. When he had been in Granny’s house, not even the church ladies could find anything to fault him with, though their sharp-eyed glances were looking for it. Granny herself patted him on the head and said it was a nice surprise to find a boy with manners, though it came with a side-eye that said the old woman wasn’t fooled for a second if he expected her to believe this was how he always acted.

“How come you didn’t make my birthday bash?” he asked, the voice attempting casual and spring-green gaze focused on her. It was the directness of that gaze that allowed her to see the hurt he must have thought he was hiding, but here his youth betrayed him. He hadn’t yet built up the layers to shield his emotions, and they were as obvious as if he signed them in neon.

“I’m sorry.” She’d wanted to, but she and Damon had been finalizing their plans, so many forms to sign and calls to make her hand still cramped occasionally from the abuse. Damon would have been furious if she suggested putting off the needed tasks to go to Razor’s house for the day, and while that might not have been enough by itself to keep her away, the added knowledge of the secret she was keeping would have weighed on her enough that Razor would pick up on it, and would keep asking her what was wrong until she broke down and told him.

As necessary as this was, she didn’t want his sixteenth birthday tainted by this parting.

“I’m sixteen now,” he said, an echo of her musings, putting his now empty plate down and taking too many steps towards her, leaving her no personal space.

She wasn’t short, but he still was a head taller than her, and while she was honest in admitting she was a big girl, he was bigger and broader and had the ability to make her feel delicate.

Rag Doll by Catori, Ava
Chicken Soup for the Grandma's Soul by Jack Canfield
A White Cougar Christmas by Eliza Gayle
Marauder Fenrir: Scifi Alien Invasion Romance (Mating Wars) by Aya Morningstar
Bent Creek by Marlene Mitchell
Inferno of Darkness (Order of the Blade #8) by Stephanie Rowe
Forever Kind of Guy by Jackson, Khelsey
The Runaway Visitors by Eleanor Farnes
Being Kendra by Kendra Wilkinson
The Last Summer of Us by Maggie Harcourt