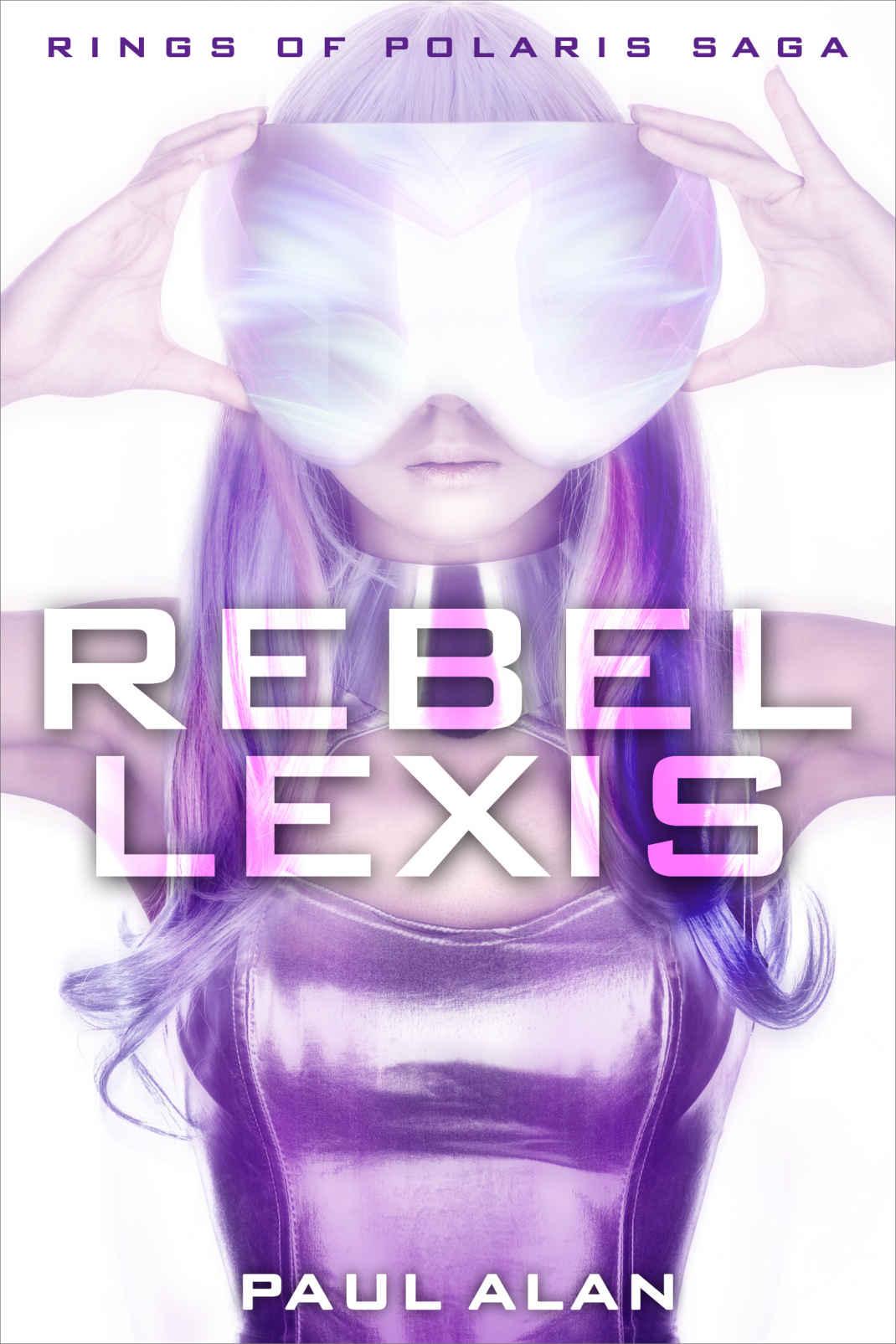 “Digging deep in a Martian Desert men discovered an enormous brain.  It suddenly started to think to them – So they covered it up again…”

Rebel Lexis is strictly a work of fiction and any characters within this book resembling any real persons is purely coincidental.

“Are you unfolding me, Jason?”

“There may be a measure of intent with my objectives.”

“Opening your heart can be difficult but there are always times for love, Jason.”

“You say, ‘Love exists,’ but I tend to disagree. However, you make moments like this seem real.” Jason’s words smoothly pour from his lips as he caresses Lexis’s soft skin, and continues saying, “I am flush with desire…and you endlessly fill my head with emotional booby traps. They’re like tiny little explosive devices, preset to explode in demonstrative, mind-blowing, synaptic pleasures. Just touching your delicate layers, exposes me for the fraud I tend to be…”

“Why would you call yourself such a thing, Jason?” Lexis asked in a dismissive tone while gently running her fingers down the small of his muscular back.

“When I’m with you, nothing else matters, and I can throw all my fears in the ravine of malcontent, distrust, and bitterness. Maybe it’s your addictive nature that breaks down my walls turning my blood into a torrid fiery liquid, burning a hole in my chest…”

Lexis leans close into Jason’s neck, where she then subtly kisses the area below his ear, before whispering, “I find you irresistible… I love stripping away your rigidly rough, and hard exterior, it excites me almost as much as your sensual touch. And the feel of your warm hands on my skin… I am the one who folds under the pressure of your sensuous affect, revealing my most inner layers.”

Jason firmly pulls Lexis’s curvy body tight up against his, and the two begin to slowly spin in a romantic twirl. Held in orbit of one another’s embrace, the forces of the low gravitational remediation sleep chamber, cause them to drift. Amorously floating, they affectionately understand each other under the clear canopy display of the massive spiraling Galaxy.

Lexis and Jason erotically spin below the raging light show of the huge star formation blazing in absolute perfection. Rotating counter clockwise in the dark recess of space, the two passionately challenge the very depths of their sexuality, over-shadowing the immensity of the stellar beauty surrounding them. They get lost in each other’s eyes, becoming one.

“Jason, I love you…” Lexis passionately exclaimed between their heavy breathing, and after she firmly grabbed his gluts with both hands, she momentarily stopped his movement, and continued saying, “…tell me that you love me…say it, Jason!”

“You unfold me too, splaying out the remnants of a once broken heart, and for that, I do love you.”

“Jason, we are approaching the Eighteenth Parallel.”

“I still have twenty-three minutes on my sleep program,” grumbled Jason as he rubbed away the eye matter.

“You did not really want to dream about that woman, anyways.”

“Yes, I did, Sofia, that’s why Rebel Lexis was programmed into my dream sequence… I get real unpleasant when I don’t get all my REM sleep.”

“Do you turn into Mister Grumpy Pants?”

“It’s Mister, Captain Grumpy Pants, Sofia,” Jason said with vexation after peeling the dream patch off his left shoulder, and tossing it into the garbage receptacle.

“God, I’ve a raging hard on…” Jason whispered quietly, thinking about the dream he was having.

“It is a very nice erection,” complimentarily Sofia added.

“Thank you, Sofia…however, some things are private.” Jason rolled his eyes, and stretched inside the Low Gravitational Remediation Sleep Chamber.

“Your seven-inch erections are private?”

“How is that possible, Jason? I have seen many of your erections, and you have plenty when you sleep.”

“Change of subject,” he concluded, and then asked, “How are the Chameleon’s systems?”

“All systems are nominal, although we did have a wave spike in the tunnel but I calculated the differential thrust ratio levitation, and positive force acceleration; so I readjusted the energy output.”

“Very good, Sofia… I would like to listen to some ancient classical music this morning.”

The appropriate ambient light turned on when he stepped into the compact but functional lavatory. Mirror lined walls subdued the Skin’s constant broadcast of news, weather, and commercials. Jason tilted his erection downward, pressed hard, and urinated in the toilet bowel. The ship’s system instantly analyzed the collection of his urine, and populated the information on the mirror before he could shake dry.

“Your potassium, and vitamin D levels are slightly low, Jason,” Sofia said in a motherly tone. Next to the sink, a self-adhesive vitamin patch automatically dispensed from a slot in the wall.

“Yes, I see that on the heads-up display, Sofia…thank you,” Jason said sardonically.

The bathroom lights automatically intensified, meting out higher amounts of ultra violet rays. This would help Jason’s body with enzymatic conversion of vitamin D. Not only did the ship’s computer analyze his bodily fluids but also his vital signs, and biorhythmic patterns.

“Sofia, program shower… I would like the shampoo to be slightly fragranced with a fresh botanical smell, and for the body wash…make it minty with a hint of rosehip.”

“What about the disinfectant rinse?” Sofia caringly asked.

“Give me a tea tree base, lined with a masculine hormone attractant.”

“Are you going to have sex with the twins when we reach Fissure Point?”

“Sofia, how do you know about two Colony girls?” Jason asked scathingly while he stepped into the warm shower.

“I extrapolated all data, history, and video recordings from the ship’s log when I was installed into the Chameleon last week.”

“What I do at Fissure Point is my own business, Sofia…and yes, I always visit the Dronski Twins; they’re like family,” said Jason while stepping under the sprinkling showerhead.

“Family you have sex with?”

“Sofia, what do you know about having sex? You’re just a computer program.”

“That hurts my feelings, Jason. I am so much more than a program… and what do you really know about sex yourself? You run the same sex computer simulation every night, and have an encounter with two girls every six months; girls you can hardly stand to be with.”

“You are confused, having sex with the twins is not just about sex, it’s about relationships.”

“They are brainless bimbos, Jason. I know you are very unsatisfied…”

“Sofia, change of subject!” he evasively snapped, cutting her off in mid-sentence.

“Is the hormone attractant for enticing women to have sex with?”

“Sofia! I wish to take my shower in privacy…no more communications unless there’s an emergency,” he frustratingly demanded while lathering soap across his abs.