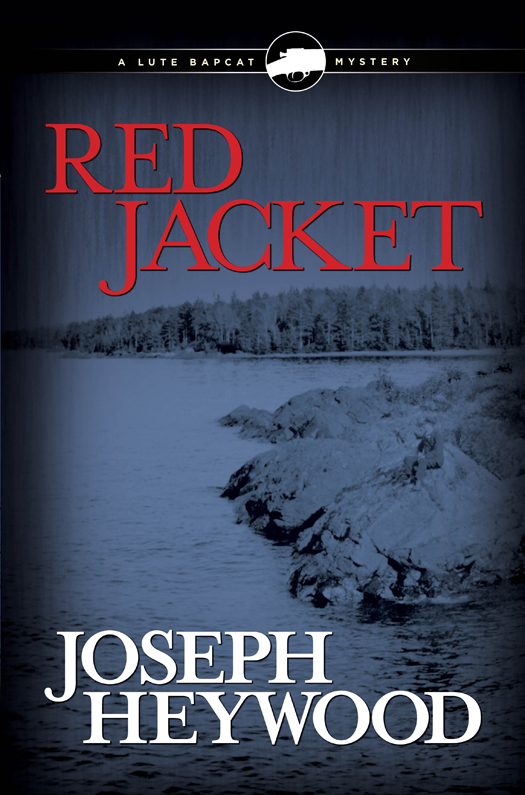 Shadow of the Wolf Tree

ALL RIGHTS RESERVED. No part of this book may be reproduced or transmitted in any form by any means, electronic or mechanical, including photocopying and recording, or by any information storage and retrieval system, except as may be expressly permitted by the 1976 Copyright Act or in writing from the publisher. Requests for permission should be addressed to Globe Pequot Press, Attn: Rights and Permissions Department, PO Box 480, Guilford, CT 06437.

Lyons Press is an imprint of Globe Pequot Press.

To educator, administrator, coach, and friend, Ed Jarvie, who helped to spark my interest in history more than a half-century ago. And to Mike Vairo, whose relatives lived through the Italian Hall tragedy of 1913. 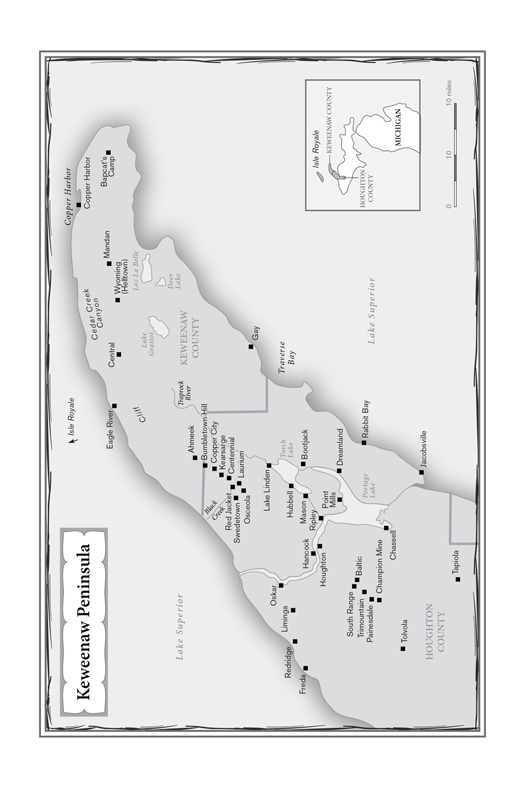 . . . beyond the most distant wilderness and remote as the moon.

“Sharpshooter to me!” Colonel Theodore Roosevelt shouted in his oddly pitched voice, sweat streaming down the sides of his face, forming a thin red paste and leaving him looking more flushed than he actually was, his skin color matching the blood trickling down his left arm.

The dismounted First Volunteer Cavalry had begun their assault from the bed of the San Juan River, where enemy snipers had picked away at them and artillery rounds had rained from above, Roosevelt alone on horseback. The climb was steep, causing them to go single file and watch their footing through the high grass.

“What are you hearing, Corporal?”

“Tell me about them.”

“Not quite crows, but something that sounds like crows, sort of.”

“To our left and right, Colonel, never directly ahead or behind, always to the sides.”

“I'm thinking the enemy's got scouts and pickets out there marking our route and numbers.”

Roosevelt beamed his huge smile. “Well read, Corporal. All senses to businessâbrain, eyes, nose, earsâall instincts. Pass the word to the men and carry on.”

Roosevelt loved his birds, and even here in the middle of battle it was like being on the hunt back in the Dakotas. Old Four Eyes was one of a kind.

Midafternoon. They were atop a hill they had dubbed the Kettle, looking along the northern flank of the American line, not a mile from Santiago. The Spaniards were bombarding them relentlessly from multiple positions below. Having taken Kettle in a chaotic but determined fight, Roosevelt had then led his men up San Juan Hill, the greater height, but General Sumner had intercepted them and sent them back to Kettle to repel an expected counterattack. Bapcat had no idea how many men the brigade had lost so far, but he had seen bodies all the way up. Sumner ordered the Rough Riders to defend and hold the advantage they had earned with their spilled blood. Gatling guns had opened their way to Kettle, where there had been brief but fierce hand-to-hand fighting, and now Bapcat guessed Gatlings would throw back the Spaniards attempting to regain lost ground. War was not so much about courage as firepower. The ten-barrel guns were lethal, and it struck him that army weapons were getting deadlier and deadlier, but soldiers' ways were not changing.

Roosevelt walked over to him, pointed along the ridge, asked almost matter-of-factly, “Your ears telling you anything, Corporal?”

“Those pesky cuckoos are at it again, sir, moving around us. I think maybe the Spanish boys are looking for a good place to climb back up.”

“Let me follow the sound, see if I can find where they settle on, and we can set up there.”

“You think they'll mark a spot for their comrades?”

Twenty minutes later Bapcat had heard enough and waved for his colonel, pointing, “Just below right here is fairly flat, not as steep as where we came up, and the birdcalls are on both sides of the spot.”

Roosevelt stood by the lip of the hill, the blue polka-dot bandanna tied around his slouch hat billowing like a guidon in the breeze, and rubbed his eye. “Sar'nt Green, put your Gatling here.”

Green and another man from the Gatling Gun Detachment began to haul the lethal weapon into place.

“With me, Corporal,” Roosevelt said, walking, his spyglass aimed downhill.

“This is the right place. Skirmishers in red trousersâsee how the buttons sparkle even with all this dirt? They're pressing up to clear a path for a maneuver in force, which is forming directly behind them. You can see the wide-brim hats farther back.”

Roosevelt took off his khaki slouch hat and rubbed his neck with the soiled blue neckerchief. The man held his spectacles and rubbed them with the tail of the cloth, chuckled at some unspoken thought, as he sometimes did when pressure was high, and put them back on his nose. “How many you reckon you see down there?” he asked Lute Bapcat, his former civilian hunting companion and guide, now his personal military sharpshooter.

“I've counted ten. I'll spot, eh? Just like a hunt in the Badlands, Lute.” Roosevelt took a small brass spyglass, extended it, and pointed it downhill.

“Very well. Two trees in a marked vee, left one half the size of the right tree, some sort of yellow melon broken on the ground by the left one. Acknowledge?”

“Have it, sir.” Bapcat silently chambered a .30-40 round with the remarkably smooth bolt.

“First target, right ten feet from the marker trees. There is a stump, one man behind it with rifle flat against his chest.”

“Have him, sir.” Bapcat's shot was swallowed by the din of hundreds of rounds being expended all around the mountaintop. There was no smoke or muzzle flashes from either side, both armies having adopted flashless powder, each thereby canceling the other's theoretical tactical military advantage.

Bapcat retracted the bolt. The empty cartridge flew up and end over end to his left.

The Rough Riders had intermingled with Negro regulars of the Ninth and Tenth Cavalries. All wore the same dark shirts sweated black, bled red, and helped each other stay alive. They had doggedly fought their way up the hill more or less as a single integrated unit, led there by the unflappable colonel.

“Just head shots, Colonel?” Head shots were risky, a chest shot better, even if your aim was a bit off.

“Concern noted,” the colonel said. “Let's take what they give us, son.”

The M1896 Krag bullet was not particularly large, but its thin jacket shredded upon impact with flesh, leaving a monstrous, mushrooming bite. Bapcat racked another round into the chamber, held his breath, released slowly, squeezed the trigger once, ejected the empty, chambered a second and fired again, both shots taken within three seconds and each on target. He felt almost serene amid the cacophony of battle.

They worked together, colonel and corporal, until there were ten dead Spaniards on the ground less than seventy yards below, each of them dispatched by twenty-year-old Corporal Lute Bapcat, Rough Rider, sharpshooter, North Dakota cowboy, hunting guide.

When the Spanish forces turned back from the hill, the minor counterattack was broken and American soldiers all along the ridge stood like fools, cheering and waving their hats and rifles. Roosevelt sat on the ground beside Bapcat. “Bit different than sniping elk from a hillside, eh, Lute?”

“Yessir.” Very differentâif you stopped to think about it, which he hadn't. He had made up his mind to just do what had to be done and to hell with danger or anything else.
Don't think, just do
.

“Not easy.” He'd seen the colonel firing with his revolver, hitting a man as the rest of them went hand to hand to run the Spaniards off the hilltop.

“Good; better that way. It's the natural order, ordained by our creator. Always remember: Killing is not against God's will. It's only
murder
that offends the commandment. Thou shalt not murder, the original translations proclaimed. The Good Book prohibits murder, Corporal.”

“Good to know, sir.” But killing this way seemed so easy that it was hard to embrace the differences in definition the colonel was suggesting.
Can you murder someoneâan enemyâin wartime?
Bapcat wondered, and quickly admonished himself.
No thinking
.

“Should be equally hard to kill, whether you're a colonel or a corporal,” Roosevelt said. “Fine job you did here, Lute. How many did you take climbing the hill today?”

“Not sure, sir. I hit nine and saw them fall, but I guess I don't know any more than what I seen.” It was not widely known that Corporal Lute Bapcat served as Roosevelt's personal guardian on the field of battle, watching for any visible threat to his colonel and erasing it. He was fairly certain he'd hit all nine men he'd shot at, and probably killed most of them, which now left his right, trigger hand trembling ever so slightly. He'd never killed a man before today, never even seriously entertained the possibility.

“Going back west after we muster out?” the colonel asked.

Bapcat saw that this information seemed to catch Roosevelt by surprise.

“You're not a Westerner?”

“No sir, from Michigan, a place in the Keweenaw Peninsula called Red Jacket.”

“Orphan, sir. I left when I was twelve and went west to become a cowhand and hunter.”

Roosevelt flashed a huge, toothy smile. “Trapping's a fine, honest living of the old school. Furs floated our country for centuries. Good for you, Lute. I expect you'll be a fine trapper, or whatever you choose to pursue in life. You sure are one fine shot with that Krag.” The colonel squeezed Bapcat's shoulder affectionately and started to march off toward a group of men clustered together, talking.

Bapcat knew it had been Sergeant Green and his Gatling gun that had shattered the counterattack. His work had been more mosquito than predator.

Ten feet away, Colonel Theodore Roosevelt stopped, wheeled around, came rigidly to attention, and solemnly saluted his young sharpshooter. “History made here today, Corporal Bapcat.
You
identified where the enemy would come up. You, sir, were our boulder, our unmoving force on these heights.”

All Rough Riders and many of the men from the regular army units within earshot stood and joined in the salute. Bapcat wished they would stop. He could tolerate just about anything but being singled out.

Roosevelt stopped beside a sitting black soldier and offered his canteen to the man, who took a sip, smiled, and handed it back. Roosevelt grinned, took a drink for himself, and stalked away stiff-legged like a predator who was not yet close to sated. The colonel might have been born with a silver spoon in his mouth, but by God, he had more pluck and grit than any man Lute Bapcat had ever met, and if his colonel asked, he'd follow him into Hell itself.

Bapcat began to clean his Krag and saw Sergeant Frankus Fish glaring at him. Fish had been his NCO until the colonel selected Bapcat for his personal retinue. Fish made it clear then that he resented the younger cavalryman, especially after Bapcat stopped him from beating another soldier by holding a skinning knife to the sergeant's throat and reminding him, “Every man here is a volunteer, Sar'nt Fish.”

The Rules in Rome by A.L. Sowards
Realm 04 - A Touch of Grace by Regina Jeffers
The Renegades (The Superiors) by Hillbrand, Lena
A Match of Wits by Jen Turano
Snow in August by Gao Xingjian
Always and Forever by Cynthia Freeman
The Great Depression by Roth, Benjamin, Ledbetter, James, Roth, Daniel B.
The Bishop Affair (Dominated by the Billionaire Brothers - Part Three) by Simms, Jennifer
Poisoned Soil: A Supernatural Thriller by Tim Young
Weapon of Fear by Chris A. Jackson, Anne L. McMillen-Jackson