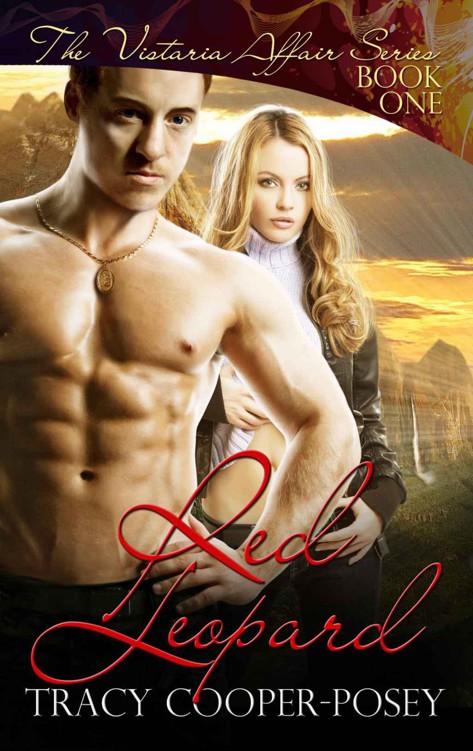 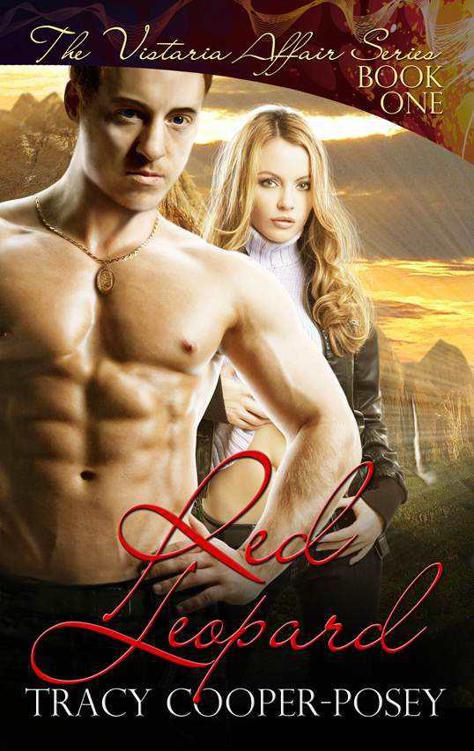 If they give in to their desires a whole country will fall.

Calli Munro, soon-to-be-economics-professor, arrives in Vistaria during
La Fiesta de la Luna
, a combination of Mardi Gras and Carnival, and is arrested for violently resisting the amorous advances of strangers. She’s sprung from jail by a commanding civilian the Loyalist military refer to only as
leopardo rojo
.

Calli is inexplicably drawn to him.

When Calli formally meets Nicolás Escobedo, the bastard half-brother of Vistaria’s president, she realizes she is in trouble for it is the mysterious
leopardo rojo
. Their attraction is powerful and mutual, despite everything they do to deny its existence.

Vistaria totters on the very brink of revolution and anarchy.

It needs only a tiny nudge to tumble the country into the abyss of bloody war.

Great read that will have you glued to the pages!!! When our lovers finally get together it’s beyond steaming.

This is a great suspense story. If you love those movies where you don’t know who’s side the hero is really on until the end, then you’ll love the intrigue of
Red Leopard.
Angel Brewer for
TRS Blue

Red Leopard is a fabulous read. The reader is thrown into a fictitious but surprisingly realistic Latin American country, and when they finally come together, it’s dynamite. Astrid Kinn for
Romance Reviews Today

Titania Ladley For
Women on Writing

W
orth reading over and over. It just goes to prove two people from different countries can fall in love and be together even when the countries don’t want them to be. Ruby for
Love Romances

Pros: Fresh new idea. Cons: none. The unfolding of romance between Nicolas and Calli will keep you on the edge of your chair. For Romantica this is something new and fresh.

Pat McGrew for
About Romance.com

I could not see how it would be possible for Calli and Nick to have a future together and worried that there might not be a happy ending. I am anxiously waiting to see what comes next from Ms. Cooper-Posey’s talented pen!

A sole proprietorship owned and operated

This is an original publication of

This is a work of fiction. Names, characters, places and incidents either are the product of the author’s imagination or are used fictitiously, and any resemblance to actual persons, living or dead, business establishments, events, or locales, is entirely coincidental. The publisher does not have any control over and does not assume any responsibility for third-party websites or their content.

Calli gripped the prison bars and looked out upon the carefree people celebrating the festival fifteen feet below her, all of them totally ignorant of her plight. It was
La Fiesta de la Luna,
which Vistarian citizens celebrated for the three nights of the first summer full moon. Calli was not Vistarian, she was American. Twenty-four hours ago she had been sitting in her apartment in Butte, Montana. The glorious republic of Vistaria had welcomed her onto the main island a scant five hours ago and for the last three hours and twenty-five minutes she had been in this jail.

She turned back to face the bars of the dingy cell she stood in. It wasn’t really a cell at all. Two short walls of bars keeping her penned in a cramped corner of the room. It was really a cage, not a cell. But when she looked out at the rest of the room, she welcomed the bars.

The musty holding cells of the Lozano Colinas city police barracks were on the second floor of an adobe building on a large public square. The walls of the room, once white, showed a dirty yellow gray now, with the combined effects of years of dirt and smoke brushing against them.

Five men occupied the room. All of them wore army green uniform pants with red stripes up the legs and white collarless dress shirts—their uniform jackets hung over the backs of chairs and one was hanging from a nail driven into the wall.

It was clear they resented being on duty during the first night of the festival, for they were holding their own party. Bottles of whiskey and black rum with colorful labels dotted the big round table with the battered wooden top. Between the bottles half a dozen old tobacco tins sat. They were being used as ashtrays for the cigars and thin yellow cigarettes with the harsh tobacco they smoked.

Four of them sat at the table playing cards, laughing and talking in loud voices. From their gestures and expressions Calli guessed their conversation was ribald. She could also tell that many of the comments were about her for they would speak and glance at her in her corner, then comment in the bastardized Spanish that was common here. A deep belly laugh would follow.

In the opposite corner to her cell the leader of the group, possibly a sergeant, sat on a stool with a woman on his knee, his big hands about her waist, as he whispered things into her ear. She was dressed like many of the women had been dressed that Calli had seen in the few short minutes she had been on the public streets tonight: a white off-the-shoulder blouse, a dark cummerbund about the waist and yards and yards of long skirt in panels of glowing, gloriously colored silk that floated about their legs. With their dark straight hair tied in buns low on the back of their necks, a spray of the odd blue-colored wisteria she had seen everywhere tucked behind one ear and hoop earrings, the women looked wonderful. They moved with the sophisticated confidence of sensual, mature women, their hips swinging invitingly. It was an art Calli had never mastered, that confident poise.

The soldier’s hand slipped inside the neck of the woman’s blouse. Beneath the cotton Calli could see the shape of his hand cup her breast, the thumb moving as he stroked the nipple. The woman gave a small low laugh, her shoulders arching back as she eased his access to her breast.

Then the thought struck her like a gun shot:
Is that why the soldiers are staring at me that way
? She looked back at the table again. Another furtive glance towards her. Another comment and the chuckle that moved around the table.

Yes, she decided reluctantly. That’s what they were doing. Sizing her up.

She brushed at the jeans she wore, wishing mightily she had chosen to wear sackcloth for the journey. The jeans and tee shirt had felt perfectly respectable in Montana—the low rise waist-band that sat around her hips was far more conservative than the pants some of her students wore.

But now she was uncomfortably conscious of the band of flesh that sometimes appeared between her tee-shirt and the jeans, and that the tee-shirt, even though it remained her favorite, fit a little snugly from too many washings.

She turned back to the tiny window with the bars, willing to watch the endless carousing on the street for hours if it meant she didn’t have to look at the soldiers around the table. She didn’t know anything about Latin American countries except what she had read in books, but she knew in her gut that watching the soldiers would be inviting trouble.

How the hell was she going to get out of this mess? They certainly hadn’t offered her a phone call before they’d thrown her in here and she hadn’t seen a single sheet of paperwork. Would anyone—Minnie, Uncle Josh—know she was even here? Surely some sort of alarm must have gone up when she didn’t show up on schedule. With the festival in full swing would they be able to trace her movements?

Down and Dirty (Sons of Sinners Book 1) by Erika Reed
Before You Seduce Me: A Prequel to Seduce Me by E. J. Adams
The Woman Who Knew What She Wanted by William Coles
Nanny Behaving Badly by Jarvie, Judy
Breakheart Hill by Thomas H. Cook
Wyoming Tough by Diana Palmer
Black Maps by Jauss, David
Across a Thousand Miles by Nadia Nichols
Sweet Surrender with the Millionaire by Helen Brooks
In the Earth Abides the Flame by Russell Kirkpatrick