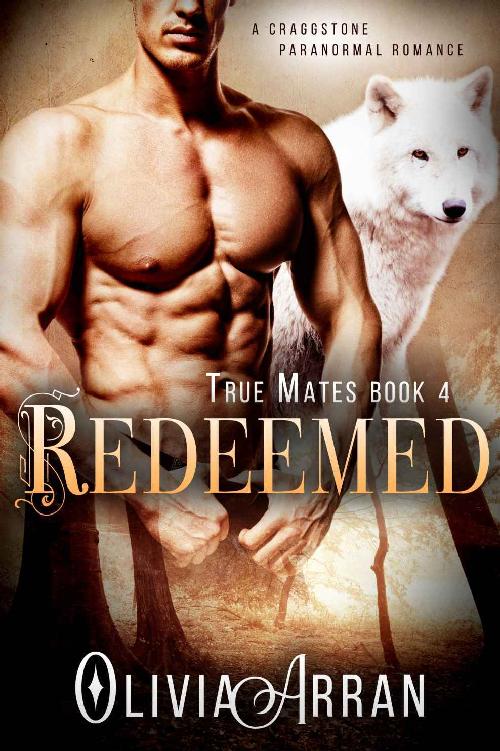 Keep up to date with Olivia! Join her newsletter for information on upcoming releases, free books and special offers.

Would you like to receive a copy of Olivia’s next book, in exchange for an honest review of 20 or more words?

All rights reserved worldwide. No part of this publication may be reproduced, distributed or transmitted in any form or by any means, or stored in a database or retrieval system, without the prior written permission of the author.

This book is a work of fiction. Names, characters, places and incidents are products of the author’s imagination or are used fictitiously. Any resemblance to actual events, locals or persons, living or dead, is entirely coincidental. Please note that this work is intended only for adults over the age of 18 and all characters represented as 18 or over.

“So, where are we going then?”

“You’ll see when we get there,” I called back to Cole, wondering for the hundredth time if I was doing the right thing by revealing my carefully kept secret.

“Why all the secrecy?” he complained, stalking easily behind me, his long legs making short work of the uneven forest floor. “I mean, I don’t understand why you couldn’t just pick up a phone and call whoever your contact is?”

I wished it were that simple. I would do anything not to be making this trip, but we needed information, and
he
would have it—plain and simple. I took a deep breath. I might as well tell him where we were going. That way I could try and swear him to some sort of secrecy. “We’re going to see a member of the Shifter Council,” I said, then waited.

“The Wolf Shifter, to be precise.” I couldn’t help but grin at Cole, watching as a stunned expression clouded his face.

He cleared his throat, trying again. “But nobody knows where they live.
And
, if you’d told James, he could have just called and arranged a meeting instead of us having to traipse through the forest for miles.”

My long ponytail snagged on a stray branch, and I tugged it free, not slowing down. We didn’t have a lot of time; not only did we have to reach my contact, I had to convince him to help us. “He’ll either know where Jason is or be able to give us an approximate location. And he won’t help if we just call him up. He
can’t
, you know that.”

“Yeah, I know the drill, confidentiality of each and every shifter is sacred. So, why would he tell
you
? And what makes you so certain he will?”

I glanced back, relieved that Cole had been chosen to accompany me on this mission. He might treat me like a kid sister, teasing me every opportunity he got, but I could count on him to have my back. To stand steady when I needed him. When we had first met, we had toyed with the idea of mating. Cole was tall and handsome, with rippling muscles and a sinuous walk designed to drive any woman with a pulse insane. But we weren’t true mates, dammit, and I was holding on to the shred of hope that my true mate was out there. Especially with so many people finding theirs recently. I had to believe that he existed.

“You’re looking at me in that weird way again, Mace. Cut it out!” he grumbled, giving me a light shove.

“Just imagining you naked,” I quipped, jumping over a fallen tree and landing lightly.

“Hell, you don’t have to imagine it. You’ve seen me naked enough times.”

I allowed my lips to curl up in a smirk as I deliberately raked my eyes over him. He knew I was only messing around. The one time we had tried taking things a step further, we had both sprung apart, scrubbing at our lips in dismay. Kissing Cole was like kissing my brother, no matter how hot he was. It was a damn shame.

“Moron,” he snapped back, his lips curling in an answering smirk.

Having gotten that out of our systems, we continued in companionable silence, the forest eerily silent around us. The light of the morning sun struggled to break through the heavy foliage, spearing through in places, shockingly bright. The birds were silent, sleeping in their nests, undisturbed by the crunch of our feet on the forest floor, the sound echoing loudly in my ears.

I shivered, not from the cold, though it was a brisk morning, but from what I was about to do.

Cole threw an arm around my shoulders, offering me comfort in that way only packmates could. “I know you have your secrets, Mace; we all do.” He grunted, searching for the right words. “Whatever it is, I’ve got your back. You know that.”

I refrained from throwing my arms around him, begging that we turn back. Punching him lightly in the stomach, I forced a smile. “I know. Not that I need a big lug-head like you to back me up. The time I can’t handle something, I’ll be resigning from my position as lieutenant.” A position I had worked damn hard for, sweated blood and tears for. It wasn’t often a woman rose through the pack ranks, proving that she was tough enough to stand between outsiders and the Alpha. But I’d done it.

I loved my job—though it did sometimes ruin a perfect manicure—and I loved my pack. I’d carved out a place for myself at Colstone, and hell if I was going to let anything ruin that for me.

And just like that, I remembered why Cole was my favorite pack brother.

My feet ground to a halt, refusing to continue. Taking a deep breath, I sniffed the air. I might not have been here in a long time, but my last visit was ingrained in my memory. “We’re here.”

“Where?” he murmured, his shoulders tensing, eyes alert as they scanned the forest, nostrils flaring as he sniffed the air.

“Just through there,” I said, indicating a thick patch of bushes. “Come on, let’s get this over with.”

The door to the small cabin swung open on our approach, a tall figure filling the dark opening.

“Is that—?” Cole’s voice rumbled from behind me.

I nodded, words escaping me as I continued to stalk forward. Show no fear, show no weakness, that was what I’d been taught. The rules I lived by.

Power rolled out of the cabin, lapping at my senses, nudging at my willpower.

At my side, Cole dipped his head in a sign of respect and nudged me with his hip to do the same. Nudging me a second time when I didn’t comply.

No way was I bowing to this man.

A man emerged from the cabin. His thick, dark hair might have been streaked with silver, but he still moved with the fluid strength of a man half his age. Piercing blue eyes assessed us, weighing us.

It had been a long time since I’d felt the weight of those eyes.
Not long enough.

“Hello, Macey,” the Wolf Council member’s voice was low, with a slight rasp.

Probably from lack of use, I thought bitterly.

“Hi, Dad,” I replied, hating the fact that my voice sounded high and weak next to his. Hating that I had to be here, begging him for help.

Turning his gaze to Cole, the corner of my dad’s lips twitched in what could be a smirk. “She didn’t mention me? I shouldn’t be surprised. She always was such an independent child.”

“Because I
had
to be,” I grumbled under my breath, trying to pull myself together. This was a hundred times worse than I had imagined—the need to please, to earn his approval riding me as hard as it had the last time I had seen him. “Can we go inside? We need your help with something.”

I gritted my teeth, let the begging commence. “Okay, fine.
I
need your help with something.”

My dad swept a hand toward the open door, allowing us to file past him into the dimly lit room.

I could feel the unsaid accusation beating at me, but ignored it. That wasn’t why we had come here. Why
I
had come here.

Cole took an offered seat at the kitchen table, but I stubbornly remained standing, trying not to glare. When my dad moved into the kitchen area, busy fixing coffee, Cole finally turned to me.

I shrugged, folding my arms across my chest.

But he wasn’t dissuaded. “That’s your
Dad
? What…the…fuck!”

“You can say that until you’re blue in the face, but you know it’s not true. You kept him a secret. Even with everything that happened with James and the Council!”

Wincing, I glanced toward the kitchen. I was certain my dad was listening to everything, but Cole seemed hell-bent on having this discussion now. “It wouldn’t have made a difference. The Council agreed to meet with James. If they hadn’t, then I would have done something.”

He whistled through his teeth, a long, drawn out sound. “Sure explains why you’re a lieutenant.”

My spine stiffened. “That has
nothing
to do with it. I earned that position on my own! Who my dad is doesn’t even come into it,” I hissed, already regretting the decision to come here.

Mugs of steaming coffee clunked down onto the scarred wooden table. “I think he’s referring to your power level, Macey. You get your strength from me.”

Ignoring him, I grabbed one of the mugs, blowing the steam across the surface. “We need to find a coyote shifter.” Blunt, straight to the point, just like he taught me. There had been no room in my life for softness, and certainly no room for being a woman.

“Fuck shifter law. Bert is a monster, and he has to be stopped. The Council must agree on that. All I’m asking for is one name, then I’ll leave you alone.”

Cole’s eyes had flicked back and forth, like he was watching one of his hockey games on TV, growing wider and wider each time I cut my dad off. He cleared his throat, preparing to wade in, and I cut him off with a glare. This was my battle. Anyway, he had no chance of getting the information we wanted out of my dad.

“Good idea, kid. She’s ferocious when she’s pissed,” my dad said in an aside to Cole, chuckling as he took a sip of his coffee. “Who is it you need to find? And why?”

“The Sunclaw Pack? They keep to themselves, refusing to recognize the Council. I have no idea where they are.”

“I don’t need to find them. I
need
to find this Jason.” Frustration mounted up inside me. Had I come all this way, faced him, for nothing?