This ebook is licensed for your personal enjoyment only

All Rights Reserved. No part of this book may be reproduced or transmitted in any
form or by an means, electronic or mechanical, including photocopying, recording,
or by any information storage and retrieval system without the written permission
of the author, except where permitted by law.

Other Books by Suzanne Halliday

And the story doesn’t end there!

Other Books by Suzanne Halliday

I am blessed to have been raised in a home where reading and the love of books surrounded
me. It fed my imagination and nourished my soul in ways that I’m only now beginning
to understand. Everyone read, even my dad, but the greatest influence came from the
quirky women in my family.

To my unique and hilarious grandmother who used to bring us stacks of magazines after
she’d read them. And that was before recycling was a trend!

To my mother who read everything she could get her hands on and who gladly took me
to the library at the drop of a hat. I still have an ancient copy of
The Prince and the Pauper
held together with masking tape – the corners well worn from my youthful fingers
devouring every page. It reminds me of her and the way she encouraged me to read,
read, read.

I miss both those irreplaceable women more than words can convey.

To my fabulous, wonderful, unique and totally bad-ass daughter without whom absolutely
none of this would have happened.

~You Are My Sunshine~

And finally, I dedicate this book to my readers with love; I appreciate and thank
you for allowing the Justice Brothers to be a part of your lives. 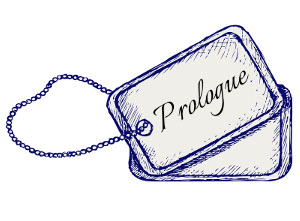 “Major, you really don’t have to do this,” the quietly efficient Army nurse told him
with a look of exhaustion etched on her face. They’d been together most of the day
as he endured the endless rounds of tests and excruciating physical therapy necessary
to repair his shattered body. Feeling a little bit like Humpty Dumpty, Major Alex
Marquez wondered if all the military doctors and a slew of skilled therapists could
ever truly put him back together again.

Even though the military casualty office had handled the death notifications for the
men and women under his command after the suicide bombing that had come perilously
close to claiming his life, Alex was driven by unseen emotional forces to contact
each and every family member or next of kin for the list of names he kept in a notebook
next to his hospital bed.

So much more than a duty, it was an ethical obligation that defined the man he was.
Every one of those names represented a human being, a person who at the time of their
death had been Alex’s responsibility. In his mind, it was his unequivocal duty to
speak one last time for and about the good people who had given the ultimate sacrifice
in a fucked-up war that didn’t seem like it was ever going to end.

“Actually, yes I do Blake. As their commanding officer, it’s the only thing left that
I can do for them.” He eyed the nurse through the heavy pain medication that made
his brain fuzzier than he was comfortable with. When she nodded silently and stepped
back to let him struggle with the pen and paper she’d brought, he knew she’d seen
the determination in his gaze and probably the torment too. She was military through
and through, and he didn’t doubt for a nanosecond that she misunderstood what he was
getting at.

From practically the moment he’d regained consciousness after the blast that had flattened
his command post, Alex had focused on those who hadn’t survived. Instead of concentrating
on his own nearly fatal injuries and the long road of healing and convalescence ahead
for him, he’d obsessed over the list of deceased. Reading and re-reading it over and
over until he could recite each person’s name by rote, the command officer in his
conscience struggled to deal with the senseless loss of life.

His commitment to the men and women who lived and died at his side was without compromise.
Bloodshed, death, and acts of true heroism and selflessness played out in his mind
each time he closed his eyes. The public didn’t know what war was like on a day-to-day,
minute-by-minute basis. But the troops on the ground understood all about living with
the dust, heat, and unrelenting fear. Afghanistan was nothing short of hell on Earth
and as long as he lived, Alex was never going to escape the repercussions of his time
there.

“Has the mail come in today, Blake?” he asked with a labored sigh. Letters from home
and the half-assed correspondence he looked forward to from members of his former
squad were the only bright spots in his days. He hated the hospital atmosphere, hated
the constant reminder that his Special Forces days were effectively over now that
he was held together with pins and skin grafts. If not for the love of his parents
and sisters, he might have succumbed to the unrelenting emotional trauma that went
hand-in-hand with almost being blown to bits.

It was his buddies from the Justice Squad though that really made the difference.
Bonded forever through an initiation of fire and blood, Alex held tight to their friendship.
Before he’d been promoted to a command position, he’d been just another Special Forces
hotshot. Fighting, eating, sleeping, and surviving together created a strong family-like
bond that kept them all sane in an otherwise chaotic existence. Together with Cameron
and Draegyn, he’d held himself together through a shitload of fuckery that would probably
haunt him forever. They were like the Three Musketeers – inseparable and very much
living all for one and one for all.