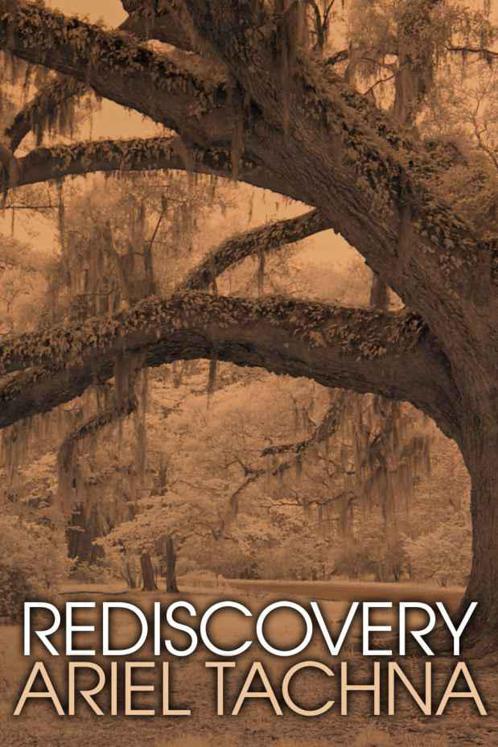 Michael
paid his registration for the Houston Gay Gamers Convention and picked up the schedule. Even though he was a local, he’d decided to stay at the hotel so he wouldn’t have to worry about how late he stayed up or how much he drank if the partying got wild. He’d been to cons where everyone was in bed by midnight, but not many. Staying up ’til four or five—or not going to sleep at all—was far more likely. He could afford a couple of nights at the Holiday Inn, even the one across from the Galleria.

A closer look at the schedule showed nothing starting before later that night, so he took a moment to wander toward the dealers’ room. He hoped to pick up a new dice bag and a few other things, and he’d found great deals in dealers’ rooms, people selling old games and magazines, things he couldn’t find anywhere any more without paying far more than he could afford to spend.

He walked into the largish ballroom, impressed at the number of dealers. The room hadn’t been this large or this full the previous year, which raised his hopes for the potential success of his search. Other than the few practical items he needed, he didn’t have a set shopping list so much as a wish list of things to buy if he found them. The more vendors, the better in that respect. The T-shirt booth always caught his eye because of the hilarious, sometimes irreverent sayings on them, but he had enough T-shirts since he could only wear them on the weekends. His job didn’t require him to wear a tie, but he had to wear a dress shirt to work every day, and that generally meant not wearing a brightly colored T-shirt underneath. He worked his way around the room, checking out the selection of other merchandise until the smell of leather caught his attention.

Looking up, he saw a new addition from last year, a booth full of leather corsets, vests, and other fetish gear. He shuddered slightly. He was a live-and-let-live-kind of guy for the most part, but the kink community still made him uncomfortable. The one run-in he’d had with them in college had left a bad taste in his mouth, even several years later. The man working the booth started toward him, but Michael moved on quickly, not meeting his eyes. He had no desire to end up some dominant’s fucktoy.

The next booth caught his eye, though, and he stopped to look at the collection of books for sale.

The question startled him from his perusal of the covers, which ranged from evocative to provocative. “I’m sorry?” he said.

“What do you like to read?” the woman behind the table asked again. “We have such a wide variety of genres that I always ask, so if someone has a particular interest, I can point out some books they might like.”

“Oh, well, a little bit of everything, I guess,” Michael said. “What do you have?”

“We publish gay romance, as I’m sure you’ve figured out,” the woman continued, “but beyond that, we have historicals, mysteries, paranormal if you like vampires or shapeshifters, sci-fi, and of course the simple contemporary romances.”

“Wow, I didn’t know there were books like this out there,” Michael said.

“Take your time, pick them up, read the backs,” the woman continued. “Ask questions if you’d like. I’ve read most of the books on the table, and my friend who stepped out for a minute has read the ones I haven’t, so if you want an opinion or more information on any of the books, we can provide it.”

“Thanks,” Michael said, picking up the book that had first caught his eye. The woman turned her attention back to her computer, so he didn’t feel like she was hovering. He looked at a couple more, finding the kind of love stories his sister loved to read, only with two men instead of a man and a woman. “How much are the books?”

Before he could ask another question, two small children, no more than two and four, came running past him. “Edward! Patricia! Wait for me!”

The children paid no attention, running behind the booth and into the arms of the bookseller. “Aunt Kelly!”

She hugged them both before handing them crayons and paper to draw on. They settled for the moment on the floor between the book table and the leather booth. Michael glanced toward the leather seller, sure he would be annoyed by the children’s presence, but he waved at them with a bright smile, and the kids waved back before resuming their drawing.

“Sorry for the interruption,” the other woman said, joining Kelly at the table. “My child care fell through at the last minute, so they got to come with me.”

“It’s fine,” Michael said, glancing toward the next booth again. “I think I’ll browse a little more before I decide what I’m buying, but I’ll definitely be back.”

Michael moved on around the room, but he found his eyes going back to the leather booth. The warm smile the vendor had given the children didn’t fit at all with his expectations, and it unsettled him.

Then he heard his name called, looking up to recognize one of his acquaintances from the previous year’s con. Forgetting entirely about the leather seller, Michael followed Drew out of the dealers’ room and into the game room to play
Risk
.

When
he was alone in his room later that night, the image of the leather dealer popped back into Michael’s head. He couldn’t get that smile out of his mind. He hadn’t spent a lot of time looking at the man, but enough to see that he was undeniably handsome. The leather vest he’d worn had revealed strong arms with a thorny vine tattoo around one bicep. His face had been average, evenly spaced eyes, slightly crooked nose, average mouth, until he smiled. By whatever magic, that smile had transformed his face from ordinary to spectacular. Michael had always found laughter extremely sexy, and that smile had hinted at a wealth of humor, the smile lines around his mouth suggesting he spent a lot more time smiling and laughing than not.

Shaking his head at his own foolishness—it didn’t matter if he found the man attractive, nothing was going to come of it at a weekend con even if he could deal with getting involved with a leather guy—he turned off the light and tried to get some sleep. Tomorrow would be a busy day.

Michael
ran into the booksellers and the leather man again the next morning at breakfast. The two women and two kids were at one table, the kids obviously enjoying their breakfast while the two women yawned over their coffee cups. The leather seller sat at the table next to them, dressed entirely in leather today instead of only the vest and a pair of jeans, making faces at the kids, who giggled uproariously. The image was so incongruous that he found himself staring. The younger of the two children, who was walking but didn’t look like he was more than two, was dressed in a yellow shirt and blue plaid shorts-overalls. Michael couldn’t think of anything more clean-cut or middle class, yet the boy laughed and played with the leather man like they were best friends. Even more interestingly, the boy’s mother seemed perfectly content with the arrangement. It made Michael stop and reconsider his own ingrained reaction. The guy might dress in leather sometimes, but he also entertained little kids like he knew how they would react, something the dom at the club he’d visited that one time would never have known.

The waiter brought Michael’s food, the vendors at the other tables left, and Michael’s thoughts turned to the panels he wanted to attend that day.

Before
lunch, Michael had a few minutes to return to the dealers’ room. The book table was swamped, both women at the table handing over books and taking money as fast as they could move. Michael wondered where the children were. When he moved deeper into the room and could see around the crowd, he saw the children on the floor of the leather booth, playing pick up the crayons with the leather vendor, peals of laughter ringing through the room.

“We make everything you see here,” the vendor said, looking up from his place on the floor and handing Michael a card. Lee Mitchell.

“I’m not really into that lifestyle,” Michael demurred.

“Many of my customers aren’t,” Lee said, “but that doesn’t mean they can’t enjoy a pair of custom leather pants or a vest or a kilt.”

Michael flushed. “No, I suppose not. I was really waiting to look at the books.”

“They’ve got some good stuff there,” Lee said. “I bought one last night that they recommended. I didn’t get very far into it because it was late, but I was really enjoying it.”

“Which one did you get?” Michael asked, curious despite himself.

“I don’t remember the title,” Lee said, “but it’s the one with the two pairs of feet sticking out beneath the covers.”

“I’ll take a look when the crowd dies down.”

The boy tugged at Lee’s hand, drawing his attention back to the game. Michael watched them play a little longer before looking at the pair of pants closest to him. “How long does it take to make something like this?”

Lee looked up. “We do standard sizing as well as custom work. If a standard size fits you and we have it here, you could take it with you. If you need a standard size but we don’t have the color you want at the con, we can usually have them done in a couple of weeks. If we do something custom, it could take a couple of months because we make the pattern first. Are you local?”

“Yes,” Michael said, “but I’m not in the market for anything. I was just curious.”

Lee nodded and went back to playing with the kids. Michael looked over at the book table and saw that the crowd had thinned out. Kelly smiled at him when he approached, but the other woman, the children’s mother, only nodded as she walked over to the other booth. He could hear her checking with Lee to make sure the kids weren’t bothering him as Michael browsed the books on the table. Finding the cover Lee had described, he picked it up and flipped it over to read the blurb on the back. The synopsis introduced two ordinary men who met in the course of their ordinary lives and fell in love. “If you’re looking for a sweet, tender love story, that’s definitely a winner,” she said. “The author and his husband have been together for twenty years and couldn’t be more in love with each other if they tried. They’re the cutest things I’ve ever seen.”

Michael looked at the book, over at Lee, and back at the book. “Lee said he was enjoying it too.”

“Yes, that’s what he said this morning. If that one is not exactly to your taste, I can show you some other contemporary romances,” Kelly offered.

“No, I think this one is a good start,” Michael said. “I haven’t read any gay romances before.”

“This is a wonderful introduction to the genre,” Kelly agreed. “A slow, sweet build to a romantic, emotional love scene at the end. Nothing to shock anyone’s sensibilities on a first read. I recommended this one to my grandmother too.”

“And what did she think?”

“She told me the next one could be a little spicier,” Kelly said with a laugh. “I think we’ll skip the hardcore ones yet, but I’ve got another one for her.”

Michael shook his head. “Go figure. How much is this book?”