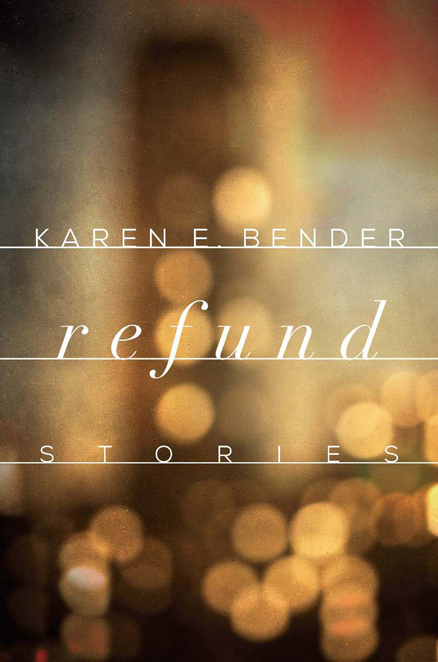 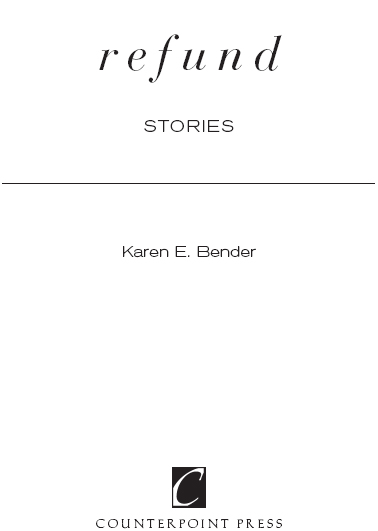 To Robert, Jonah, and Maia, with love

A Chick from My Dream Life

What the Cat Said

A
nna Green could not afford the tickets to Surfview High's twentieth reunion, but she walked into the Mercury Ballroom, anyway, to meet her classmates. She had seventy new business cards in her pocket, and she wanted to hand one to everyone here. The ballroom was crowded, and glossy green balloons, shaped like palm trees, stretched into the dark spangled light. She passed the boy who called himself Johnny the Weatherman; he was describing the weather across the world. Johnny used to run around the high school clutching maps and telling people detailed weather reportsâhe received thunderous applause at graduation, as though people were both paying tribute to his efforts and perhaps grateful that they were not him. He was now almost forty, older, angrier, but still standing in front of the crowd with, surprisingly, the same map. “There is snow in Denmark and a drought in the Midwest, and fires are raging across Mexico,” he said, gesturing to the map with a pointer. No one appeared to be listening; the room roared.

She had not intended to come. The gold postcards had been arriving in the mail for months: Surfview High 20
th
! Buffet dinner,
dancing, tickets, $50 each. She threw the cards out, or her husband Howard did. And then, two weeks before the reunion, she picked up the phone: Tiffany Mann, former vice president of the student body, exclaiming: “Anna Green! You sat behind me in bio! We dissected a frog together. Hey. We want you to come.”

She listened to Tiffany, whom she barely knew. Anna longed to stand beside her in a sequined dress; she was also aware of her own deep sense of shame. “I wish I could, but I justâ”

“You must! You must! For you, our special discount. Thirty!”

She swallowed. How did Tiffany know? “I wish Iâ”

“I know! Hard times for all. No worries. Twenty! You can bring business cards.”

Her husband had said, go, hand out business cards, just go. “Connections,” he said. They had no idea what would work. When she was getting lots of calls for her business repairing appliances, they bought a foreclosed house in the Inland Empire, 1,400 square feet, enough for them and their two children; they behaved as though they were middle class, but the money rushed in and out for nothing, it seemed, and with a few skipped paychecks, a car accident, a broken roof, they were on the edge of ruin. It was 2009, and some days the phone was silent, and now Anna sometimes woke before dawn; she jumped up, her heart like a silver bell in her chest.

Her classmates gathered in the ballroom's dim haze. Anna listened to them describe their lives. There were free agents, the childless, the ones living abroad, the briefly famousâthere were those who were unaccounted for, there were those who were already deadâbut most were, at this point in the continuum, employed and organized into the strict nations of family. There was Tiara Hanson, the
popular girl who loved reunions because she was in her glory for four hours once every ten years. Her hair was abundant, her teeth perfect and unmarked. “Anna!” she said, placing her hand on Anna's shoulder. “You look fifteen! Don't we all.” There was Stuart McKenzie, who had been an avid collector of baseball cards and now served as a statistician for the achievements of his children, holding out photos of them engaged in myriad activities: “Benny was first clarinet in his school orchestra,” he said. The children stared, imprisoned by their father's desire to have something to love; they peered out, wanting to run across streets, to drive cars.

Many of the people who made it to the reunion had done well. There were photos of recently purchased objects: summer homes, gazebos, giant TVs. Anna hugged, shook hands, pressed her cards into one palm after another. Her classmates held the cards to the light, tried to see who she had become. “Appliance Doctor?” Yes. She walked into the homes of strangers to fix their washers, dryers, refrigerators, their Kenmores, Maytags, Frigidairesâshe liked to see their wallpaper, the arrangement of their furniture, the hopeful attempts to claim their right to the world.

“I go anywhere in the Southland,” she said, trying to press down the eagerness in her voice. “My prices are better than Sears, Walmart. Always. Give me a call.”

She talked at length to Deirdre Hoffman, who rented out four houses in West Covina and thus had a number of appliances that could break down at any moment, and she learned about whom Deirdre had seen at the supermarket last week, and finally Deirdre pocketed her card and leaned toward her. “Sounds good,” she said. “But . . . what I want to know is what happened to that guy Warren Vance?”

Anna didn't know. After Deirdre moved off, she stood beside the pale glasses of champagne and wondered about Warren Vance, whom she had loved first, before all this. He had been a skinny,
swaggering boy with an overconfidence that was thrilling then, as though every adult's failure was a conscious and unfortunate decision. He was going to become a congressman, a TV news producer, a real estate tycoon. Sometimes she caught him muttering the inaugural address in his sleep. He wet his hair with his palms in the morning and brushed it so it looked like Donald Trump's.

She met Warren in high school auto shop, junior year. Warren was casing the class, looking for who would help him pass it. He had trouble standing in one place. But while she fixed the engine, she could sense him pausing, absorbing what she was doing, and when she glanced up at him, his face twitched; it was the one time she saw he was afraid.

The first time he touched her face, it was as though he were cradling a piece of crystal in his palms. They dated for two years; he left when, at twenty, she did not agree to marry him. “No one will love you the way Vance will,” he said, and he vanished. It took her years before she stopped believing she saw him on the street.

Now as Anna walked through the sequined sea of her classmates, Johnny the Weatherman brushed past her shoulder. “Screw everything,” she heard him mutter. “Hell's bells.”

“What?” she asked, startled, but he had moved on.

An enormous man stood, blowing smoke out of his mouth. It was Warren; he looked as though he had been inflated, a large balloon. He weighed probably close to three hundred pounds. His hair, which had been lush, shining ribbons of brown, was now all gray. His blue gaze was familiarâfierce and bright, as though he had been trying all his life to peer through walls.

“It's your true love,” he said. He laughed and placed a large, heavy hand on her shoulder; his palm was cold.

“Warren?” she said, carefully, trying not to seem too shocked.

“Life's been treating you good,” he said.

Her legs felt unsteady. “How are you?” she asked.

“I've been fab.” He was a little out of breath. “Vance does this, Vance does that. He gets tired.”

“Arlene,” he said. “My wife. Other wives break you for diamonds. She loves gold. Vance's dream house went to her earrings, her necklaces. Now we're renting a one-bedroom, no pool. Now her arm looks like Cleopatra's. Who's happy?”

He blew out a puff of smoke. “This could have been yours,” he said. He lifted his arms. His suit fell around him like the dark wings of a bat. “Vance was a millionaire,” he said. “Twice over. He built a hotel in Vegas, he sold limos. Don't underestimate him. He's going to make his fucking third million by forty.”

A waitress passed carrying a tray of tiny hamburgers. “No smoking, sir,” she said.

“Give me one of those, honey pie,” he said. His eyes darted around the room. “So what are you up to?” he said.

“I'm married, living in Inland Empire. I have two kids. I repair home appliances,” she said.

“Well, hurray for you,” he said. He drained his drink and crushed the plastic glass with his foot. “Vance needs another drink,” he said, and he thundered back to the bar.

She stood, watching him walk away.

Johnny the Weatherman pushed by her.

“Hey,” she said. He had always moved slightly off-center, like someone had pushed him, but now he stumbled to the center of the room with a surprising aggressiveness. He stood, watching the
crowd swirl around him for a moment. Then he shoved his hand into his red sports jacket and brought out a gun.

She blinked. The gun looked like a toy. She noticed that his hand gripped the handle in a way that seemed too comfortable; she stepped back.

He pulled the trigger, and the bullets zoomed up and hit the ceiling, their explosions trembling through her throat.

A waiter scuttled toward the kitchen, holding his hand protectively over miniature quiches. Classmates hit the floor.

“Did it rain in Ohio?” Johnny yelled. His face was slick with sweat. Anna crouched on the maroon carpet. It was a movement new but also oddly familiar, as though she'd been secretly figuring out how to do it for years.