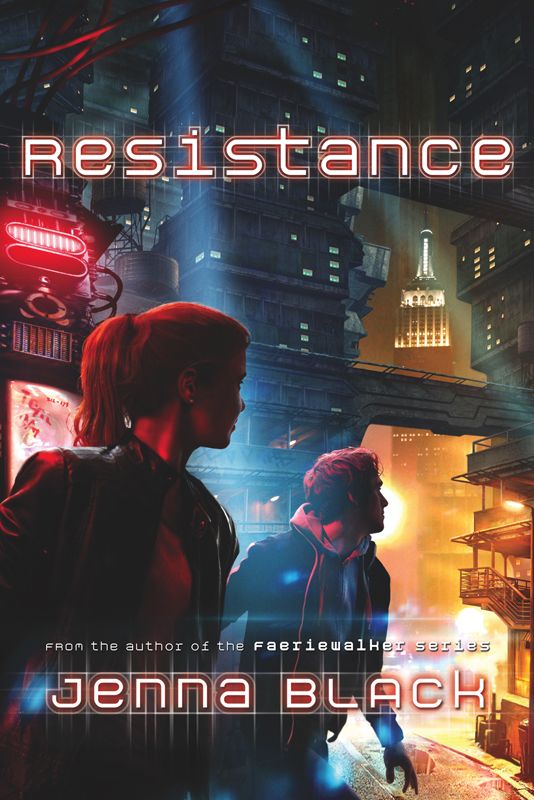 To Dan, thanks for everything you do to help me live my dream.

“you
can’t be serious!” Nadia told her mother.

She tried to keep her voice level and calm despite a stab of panic. She’d known her life would never be the same after what had happened, and she’d known that being summoned to her mother’s private study hadn’t boded well, but nothing could have prepared her for the bombshell that had just exploded in her face.

Esmeralda Lake sat rigidly on the edge of the sofa. “It will only be for a week,” she said, but the promise was hardly comforting, especially when her expression was so forbidding. “Two at the most. Just until some of the … furor … dies down.”

“You don’t think sending me to an Executive retreat is going to fuel the fire?” Nadia asked incredulously. Retreats billed themselves as relaxing spas, places a busy Executive might go to for a quick break from the stresses of life. There was no press allowed, and there was no access to the net, or even to telephones, allowing said stressed-out Executive to experience an unparalleled escape from the troubles of the world. Which all sounded nice in theory, but everyone knew Executives went to retreats to escape some kind of scandal. You went to a retreat when the press found out you had a drug problem, or when you’d been caught cheating on your husband, or when you were having a nervous breakdown. You went there to
hide,
because you had something to be ashamed of.

“You were arrested for treason, Nadia!” her mother snapped. “
Everyone
has seen the footage of you being marched through the lobby in
chains.
Our only hope of quieting the gossip is to get you out of the public eye.”

“But I was
exonerated
!” Nadia protested. “I didn’t do anything wrong.” She paced in front of the sofa on which her mother sat, having sprung from her own seat the moment Esmeralda had told her she was being sent away. The idea of being locked in a retreat, away from her friends and family, unable to contact anyone—and unable to find out what was happening in the outside world—made her feel dizzy and slightly nauseous. She had escaped execution only because she, with some help from her sister, Gerri, had recorded the Chairman admitting not only that he’d had his own son killed, but also that he was providing human test subjects for Thea, the world’s first true artificial intelligence, to experiment on. But if the Chairman ever located the recordings, she would be in mortal danger, and behind the walls of a retreat, she’d never even know it.

“Don’t be such a child,” her mother said, showing no sign of sympathy. “Whether you did anything wrong or not is irrelevant, and you know it. It’s the perception that matters.”

Unfortunately, Nadia
did
know that. Despite her being publicly exonerated, people would want to believe Nadia had done something to bring it on herself. The idea that a completely innocent person might have been arrested and humiliated as Nadia had been didn’t sit well with Paxco’s elite, and if they could convince themselves Nadia was guilty of
something,
even if it was just stupidity, they would all sleep better at night.

“Please don’t make me go,” Nadia begged, knowing it was a lost cause. Her mother had decided before Nadia had set foot in the room, and there was no changing her mind.

Esmeralda’s eyes softened, but only a little bit. “It won’t be so bad. After everything that’s happened, a little time away from it all will do you good. And Tranquility is truly a beautiful facility, especially at this time of year. Their gardens are breathtaking.”

“How would you know?” Nadia challenged. “Did your family send
you
there to hide you away like a shameful secret?”

A part of her knew she was being unfair to her mother. From Esmeralda’s standpoint, sending Nadia to a retreat for a week or two was the obvious choice. Without her presence in the public eye, the press would gossip itself out and then lose interest as soon as the next scandal occurred. There would be murmurings when Nadia reemerged, but nothing like the feeding frenzy that was happening now. If Nadia weren’t so painfully aware of how precarious her situation was—and how dangerous it would be for her not to know what was going on in the outside world—she might even have had to reluctantly agree that spending some time at Tranquility was just the thing.

“Enough!” Esmeralda said firmly. “You’re going, and that’s final. You can be as angry with me as you like, but I’m doing this for your own good. Your whole future is at stake here, and we have to be smart about managing the damage control.”

Nadia’s eyes burned with tears she refused to shed. Yesterday, she had engaged in a battle of wills against the Chairman of Paxco and his sadistic hatchet man, and she’d won. Against her mother, however, there was no victory to be had.

“Fine,” she said as her shoulders slumped in defeat. “When do I leave?”

“I’ve arranged a car for you at four o’clock.”

This just got better and better. She’d hoped she’d have at least a few hours—long enough for Gerri to get home from work so that Nadia could have another conversation with her. They’d spoken briefly this morning, and Nadia had urged her sister not listen to the blackmail recordings. She’d promised to explain the why of it tonight when they had more time, though she was still unsure what she could say to keep Gerri’s curiosity in check.

Nadia hoped Gerri would follow her instructions even without knowing why. Knowing the Chairman’s terrible secret was just too dangerous, and Nadia
had
to keep the information—and the recordings—deeply hidden. Even from her own family.

“How am I supposed to pack for a week or two in thirty minutes?” Nadia asked.

Her mother looked surprised. “That’s not how retreats work, dear. They’ll provide everything you need.”

“You’re telling me I can’t take
anything
with me?” Panic was making her light-headed. At least if she was packing a suitcase, she could try to smuggle a phone in with her. Something,
anything,
to keep her in touch with the outside world.

Her mother put her hands on Nadia’s shoulders and looked her in the eyes. “It will be all right,” she said, and there was true warmth in her voice for the first time since Nadia had set foot in her study. “I know a week seems like forever at your age, but it will be over before you know it. And maybe you’ll like it there. You never know.”

But Nadia
did
know.

Her mother was making a genuine effort to soften the blow, but she’d never exactly been the nurturing sort, and it didn’t come naturally to her. It was not an oversight that Nadia’s father wasn’t present for this conversation. He must have agreed to Esmeralda’s plan, but he would have had trouble holding firm in the face of Nadia’s distress. So he just avoided the whole thing and left it to his wife. Nadia tried not to hate him for it.

She couldn’t think of anything to say. Nothing that she wouldn’t regret later, at least. Without another word, she broke away from her mother’s hold and marched toward her bedroom. She might not be allowed to bring anything with her, but she had some arrangements to make before she left, and she had less than thirty minutes to do it.

The
Tranquility Executive Retreat was located on Long Island on thirty acres of beautifully cultivated, ridiculously expensive land. Most Executive retreats were located upstate, the better to isolate their guests, both from the press and from society in general. Executives who went to upstate retreats generally didn’t leave, nor did they receive many visitors, having disgraced their families and friends with whatever scandal had caused them to enter the retreat in the first place. Tranquility was for Executives who could still be reclaimed into society, and whose family members wanted convenient access for visits.

Her mother bid her a chilly farewell, and Nadia was hardly feeling warmer herself. Understanding why her mother was sending her away didn’t make the sting of it hurt any less. And the fact that she was being whisked away so quickly, without having a chance to say good-bye in person to anyone but her mother, didn’t do much for her peace of mind, either.

She managed a quick phone call with Gerri before leaving. “Please remember what I told you this morning,” she said vaguely. “Please promise me. I’ll explain when I can.”

Gerri didn’t like it one bit—she had to be dying of curiosity, if nothing else—but she got the message and made the reluctant promise.

Nate hadn’t answered his phone, so Nadia was forced to leave him a message. She was just going to have to trust him to protect their secret—and to find a way to contact her and let her know if the worst should happen and the Chairman found the recordings.

When Nadia’s limo approached, the small cluster of reporters who’d chosen to stake out the garage entrance perked up, snapping pictures wildly. The limo, of course, had tinted windows, so all they were getting was a photograph of a car, but that didn’t seem to discourage them. Several of them charged the limo and knocked on the glass, shouting questions. Another stood directly in the limo’s path to block the way. Blocking the car was illegal, and one of the security officers who’d been assigned to control the press started forward to remove the obstacle. However, Nadia’s driver was apparently under strict orders not to stop for any reason. When the reporter stepped into his way, he didn’t lessen his speed. The reporter had to dive to the side before the security officer could remove him. Nadia wondered how
that
little drama was going to play with the media.

About eighty minutes later, the limo pulled up to the massive iron gates of Tranquility’s entrance, and Nadia got her first look at the facility that she hoped would be her home for no more than one week.

The gates were closed and guarded by a security booth, which housed two security guards. Stretching out from both sides of the gates was an iron fence about seven feet tall. Each fence post was topped by a fleur-de-lis, the center of which looked wickedly sharp and forbidding. The decoration did little to hide the reality that the fence was meant to keep unwanted visitors—like the press—out. The limo drove through, and Nadia shivered at the suspicion that the fence worked just as well at keeping guests
in.

Nadia couldn’t see the facility itself from the entrance. The driveway curved shortly past the gates, and a wall of trees that ran parallel to the fence blocked everything beyond from view. No reporter with a zoom lens would intrude on the privacy of those who took refuge behind this retreat’s walls.

On Christmas Hill by Nichole Chase
Meridian Days by Eric Brown
Kinky Claus by Jodi Redford
Yerma by Federico García Lorca
Nuklear Age by Clevinger, Brian
Skeletons in the Mist (The McCall Twins) by Hayden, Jennifer
The Guy With the Suitcase (Once Upon a Guy #1) by Chris Ethan
Secrets & Surrender 3 by L.G. Castillo
Trial by Heart (Trial Series Book 4) by Lizzy Ford
Double Minds by Terri Blackstock