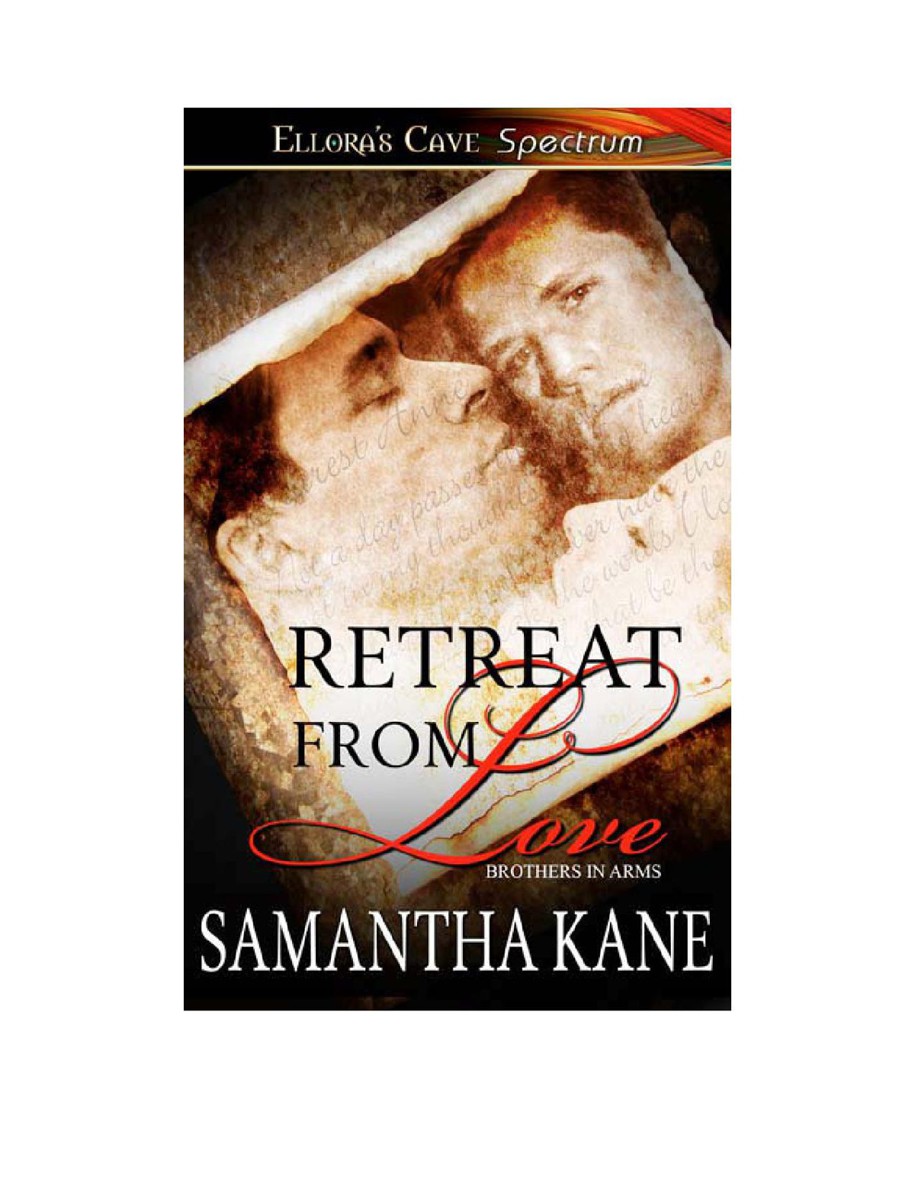 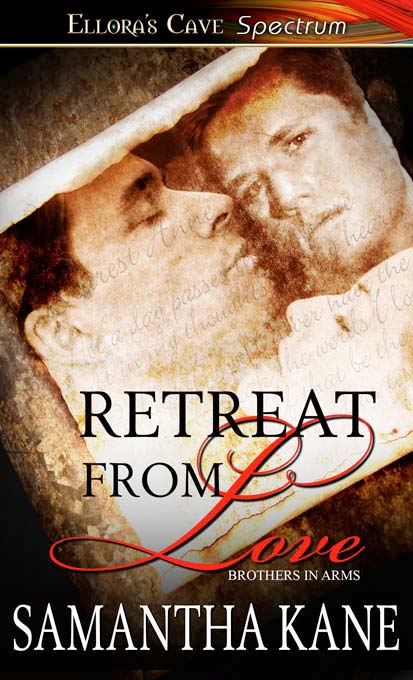 This book is dedicated first and foremost to my very sweet husband, who has gone to bed alone many nights over the last few months so that I could get this book done.

Thank you, sweetheart. He has, as usual, read at least fifteen versions of this book from beginning to
The End,
and his comments and suggestions were greatly appreciated.

On the same note, this book is for my poor children, who almost forgot they had a mother while I was writing it. And for the rest of my family who put up with missed or distracted phone calls and family vacations spent writing.

I discovered several wonderful sources while researching this book.
Great Houses of
England & Wales
by Hugh Montgomery-Massingberd and Christopher Simon Sykes (Universe Publishing, 2000) and
The Regency Country House
by John Martin Robinson (Aurum Press, 2005) were invaluable in helping me to create Ashton Park. The pictures in these two books are astounding.
What Jane Austen Ate and Charles Dickens Knew
by Daniel Pool (Touchstone, 1993) is a very informative little book that is a marvelous jumping-off point for Regency research. Irene Collins’
Jane Austen and the Clergy
(Hambledon and London, 2002) has become a favorite resource as well. Collins uses Austen’s life and her books as a focal point to describe country living in detail. Any mistakes or factual errors in
Retreat From Love
are mine and mine alone, and cannot be attributed to these lovely sources.

I have to tip my hat to two major sources of inspiration for this book. I had always looked forward to writing Freddy and Brett’s story. I knew what their story was, but I wasn’t sure how to write it and do it justice. Several months ago I was listening to Michael Bublé’s song
Home
, and within the space of one verse this book took shape.

I have met the most capital fellow! His name is Lieutenant Brett Haversham. I think you
would like him, Anne. He’s brilliant, a bang up soldier, and courageous. He’s quiet, but laughs
at all my jokes and provides cover when I need it most. Not in battle, but in boredom. I’m forced
into inaction too often. You know me, Anne, it leads to mischief. Major Richards says that it is a
good thing Lt. Haversham has taken me under his wing else I’d be court-martialed before old
Boney waves a white flag.

Not even Brett can make my missing you any better, Anne. I dream of your soft skin and
rosy lips each night. The way your blue eyes would shine when you looked up at me in the
moonlight. How I long to feel those soft arms about my neck, and those lips against mine again.

Was there ever a man as foolish as I, to give those up for the hell of war?

Your Most Devoted Servant,

Anne spun around in the tepid water of the pond, her arms instantly flying up to cover her bare breasts. Her gasp was genuine. She hadn’t expected to be interrupted this afternoon. No one ever came to the pond anymore. Just her and her memories.

The stranger smiled slowly from the middle of the small wooden bridge where he sat atop his horse. He leaned forward in his saddle. “I can see that I’m interrupting.

Anne quickly got over her initial shock. It wasn’t as if a man hadn’t seen her naked breasts before. And this one was handsome. No doubt he’d seen many naked women in his time. Dark brown hair with a shimmer of fire in the sunlight, broad shoulders, and a devastating smile—oh yes, he was irresistible and he knew it. Alarms rang in her head, but, as usual, she ignored them and smiled back.

“I don’t know, sir,” she replied with a saucy lilt in her voice, “do you have somewhere to go?” She enjoyed his surprised expression. He’d probably expected her to simper and blush. Honestly, did men think they were the only ones who got lonely?

The stranger cleared his throat, and Anne heard the amusement he was trying to cover up. “Well, no, actually. I haven’t anything to do today. Except, of course, help you figure out how you’re going to get out of that pond without any clothes on.”

Anne idly wondered if he was a friend of Freddy’s. She mentally shook her head.

No, not plain Freddy anymore. Now he was the Duke of Ashland. She’d heard he was returning to Ashton Park. The pond was on Park grounds, though far removed from the house itself. It was a logical assumption that the stranger was a guest there.

The stranger’s concerned voice penetrated Anne’s musings. She laughed to cover her distraction. “Clearly I cannot think of a single thing. I am at your mercy, sir. Have you the key to my warm, wet prison?”

She heard the sharp intake of his breath. He was obviously taken aback that he wasn’t going to have to seduce her. She couldn’t have made it any clearer that she was his for the taking. And it felt good, really good, to indulge in the suggestive banter of delicate sexual negotiations again.

He sat up straight in the saddle, and Anne was struck again by the breadth of his shoulders. He looked incredibly strong and virile. Please don’t let it be padding, she thought ruefully. Then he twisted to look around him and Anne saw the play of muscle and bone under his fashionable, tight jacket and she nearly sighed with anticipation.

When he turned back his face had taken on the hard edges of desire, and his gaze was definitely predatory. “If I were a gentleman, I’d offer you my coat.”

Anne felt a little shiver race down her spine at the rough timbre of his voice, at the insinuation that he would not be a gentleman with her. She nodded seriously. “Yes, if you were a gentleman you’d bring me your coat.”

His smile this time was laced with the same anticipation that fired Anne’s blood.

“Then by all means I will play the gentleman.”

He casually walked his horse across the bridge and over to a flat patch of ground.

She got a better look at him then. Strong cheekbones, a long, wide, no-nonsense nose, a generous mouth with sharply defined lips—he truly was handsome. The deep dimple in his chin was the one frivolous feature he possessed but it made him appear more masculine, not less. Anne was watching him so closely that she immediately noticed the awkwardness with which he dismounted. He dropped the reins and turned to Anne, and she noticed he was favoring his left leg. Had he recently been injured? She was about to ask when he began to unbutton his jacket and Anne’s mouth dried up. Was she really going to do this? She’d been with men before, but never a stranger whose name 6

was unknown to her, never outside in the middle of the day. Before pulling the jacket off he paused as if sensing her indecision. He was giving her the chance to end their interlude before it began, and that pushed her onward.

“I’m getting rather cold,” she told him, her voice pitched low and inviting.

“We can’t have that.” His tone was light, but his movements rough as he pulled the jacket off his arms. He moved toward the water and his limp was quite pronounced.

Suddenly Anne’s vision darkened as she put the clues together. She saw the stranger walking toward her, his fine boots splashing in the water, as if through a tunnel. Dark hair, wicked smile, Ashton Park, the limp, God, the limp. It was
him
. Brett Haversham. And he had no idea who she was. He didn’t even care. She felt the blood drain from her face and her hands began to shake.

Her own promiscuity was forgotten as her anger mounted. The cur. He was going to tup some strange woman here,
here
, where she lived. Where he knew she lived. And he was fine, damn it, fine! He wasn’t horribly disfigured or an invalid. He had a
limp
, a stupid limp. All these years and she’d imagined him weak and bedridden. And he was fine. Her grief, her relief, her anger, all coalesced into a white-hot rage. She saw him freeze and look at her oddly as she lowered her arms and marched toward him. She could no more stop her advance than Napoleon could stop Wellington. He held his coat out to her and she grabbed it, but she didn’t stop. She marched right up to him and slapped him as hard across the face as she could.

“You bastard,” she hissed, and Brett recoiled from the venom in her voice. She raised her arm again and Brett grabbed it, stopping its descent.

“Anne!” he heard a voice cry from behind him, and his world was jerked out from under him. He hit the water hard, his leg buckling. It took him a moment to realize it was Anne snatching her arm out of his suddenly weak grasp that had overset him, and not the devastating revelation of her identity.

“Anne!” Freddy called and Brett turned to see him throwing himself from his tall mount, racing toward the water. For a second Freddy stood on the shore, indecision written clearly on his face. Should he help Anne or Brett? Because Brett needed the help.

He’d landed hard on his bad leg. He wasn’t sure he could stand on his own.