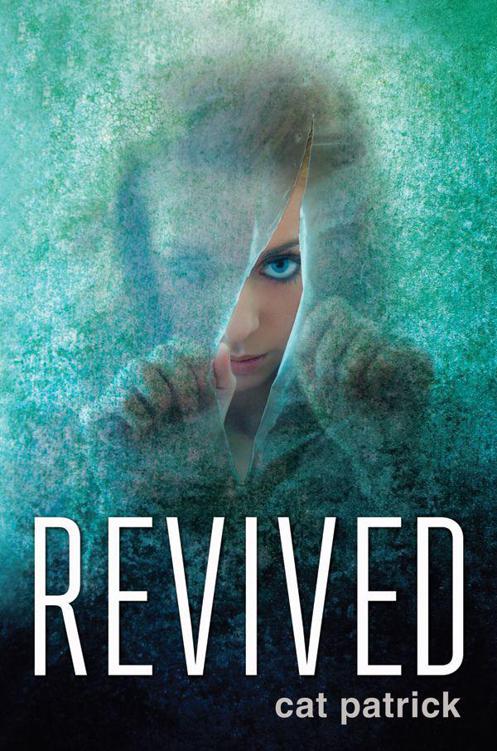 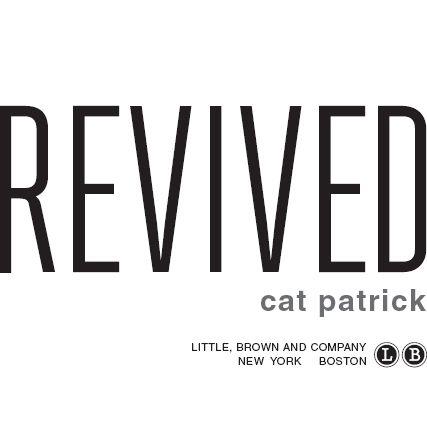 You’re always standing beside me,

I have seen a medicine

That’s able to breathe life into a stone,

Quicken a rock, and make you dance canary

With spritely fire and motion; whose simple touch,

To give great Charlemain a pen in’s hand,

And write to her a love-line.

I’m flattened and thrashing on the sun-warmed track next to the football field, lying on what looks like asphalt but what I realize now that I’m down here is actually that fake spongy stuff. It reeks like it was just installed. There’s a woman kneeling beside my right shoulder, shouting into a cell phone.

“Her name is Daisy… uh…” Sharply, she sucks in her breath. “I don’t know her last name!” she cries.

For a split second, I don’t know, either.

“Appleby,” the first repeats to the 911 dispatcher. “It looks like she’s having an allergic reaction to something.”

My jerking limbs are like venomous snakes to the students forming a circle around me: The kids jump back in fear. I gasp with my entire body but only one rationed breath comes through. I know it’s one of my last.

When my P.E. teacher told us to jog the outdoor track to warm up for volleyball, I was excited about the fresh air. Maybe I’d get a little color on my cheeks. But then a fuzzy yellow and black menace wanted to join me, and decided that maybe he’d invite a few friends, too. I hit number one on my speed dial the second I felt the familiar pinch of the first bee sting; I only hope Mason makes it in time.

A wave of calm begins to creep through my body: I know it won’t be long now. Everything, forehead to toenails, relaxes. When the threat of getting kicked disappears, the crowd tightens around me. My eyes bounce off face after face hovering above me. They’re all strangers; high school just started yesterday, and no one I know from junior high is in my P.E. class.

Most of them look terrified. A few girls are crying. The principal shows up and tries to contain the crowd, but they’re like magnets, drawn in by the thrill of someone else’s misfortune.

“Move back,” he shouts. “Move back so the paramedics will be able to get through!” But no one listens. No one moves back. Instead, without knowing it, they form a blockade between me and help.

I lock eyes with a pretty, dark-skinned girl whose
locker is near mine. She seems friendly enough to be the last person I see. She’s not crying, but the look on her face is pure distress. Maybe we would’ve been friends.

I stare at the girl and she stares at me until my eyelids fall.

I hear sirens approaching. Tennis shoe–clad feet thunder away from me, presumably to wave in the paramedics. I wonder whether it’s Mason and Cassie or the real ones.

“Daisy, hold on!” shouts a girl. I like to think it was my almost friend, but I don’t open my eyes to see for sure. Instead, my mind goes blank. None of the sounds are clear enough to hear anymore. The world fades to nothing, and before I have the chance to think another thought,

“Do you have everything you need?” Mason whispers through the darkness as we walk briskly to the waiting SUV. It’s the middle of the night in Frozen Hills, Michigan, and we’re minutes from our next move.

“Yes,” I say, confident that I’ve left nothing behind but furniture and off-season clothing. I’ve been through this before: I know the drill.

“Let me take that,” Mason says, pointing to the suitcase I’m dragging behind me on the cobblestone walkway. I let him because I feel a little wonky from the procedure. Not quite myself yet. Mason grabs the bag and what was bricks to me is feathers to him: He tosses it on top of the other suitcases in the back and soundlessly shuts the vehicle doors.

I climb into the backseat. From the front, Cassie turns to acknowledge me momentarily before going back to her work. She’s still sporting a fake paramedic outfit, but she’s thrown a faded gray sweatshirt over the top. Her strawberry-blond hair is pulled back in a taut, efficient ponytail. She pushes her rimless glasses, which make her look older, up higher on her nose as she reads something from her government-issue supercomputer disguised as a smart phone.

I watch Mason head back inside for the final sweep, then admire the outside of the house I’ve gotten used to over the past three years. It’s a two-story redbrick house with black shutters that was built when people still used the telegraph; it has its own creaks and character and I’m going to miss it. Moments from goodbye for good, I realize that this house was probably my favorite. Then again, maybe the next one will be even better.

I think about how I’ll design my new bedroom until I see low headlights approaching. I get a charge when the black sedan pulls up and two men in dark outfits get out; it’s always sort of thrilling to see the cleanup crew arrive. Though they’ve probably never been here before, they walk through the low black iron gate and up the porch steps without hesitation. Mason comes out just as one of the agents reaches for the front door handle. The men pass without speaking, giving one another nothing but quick chin dips.

I watch the door close behind the agents. Like an owl in the night, I search wide-eyed for movement inside the house, but the windows stay dark; the night stays still.
Unless you catch them going in, you can’t tell they’re there. Ninja stealth in black chinos and fleece jackets, they’ll erase traces of me and my faux family and leave the house so authentically bare that the real estate agent who comes to sell it will never for a minute think it was inhabited by anyone other than a nice young couple and their ill-fated teen.

After they fix the house, the team will infiltrate the neighborhood long enough to put minds at rest, seeding gossip about the sad family returning to Arizona or Georgia or Maine to deal with the loss. The rumors are always started by the unrecognizable guy at the gas station or the mousy girl using the computer at the library.

The agents—the
Disciples—
are trained as doctors, scientists, watchers, and bodyguards, but I’ve always thought most of them could make it in Hollywood, too.

Mason, in his recurring role as Loving Father, finally climbs into the driver’s seat. In worn jeans, loafers, and a cozy brown sweater, with his tired green eyes and messy dark (but prematurely graying) hair, he fits the role he’s played for eleven years now.

“Where are we going?” Mason asks Cassie. Cassie doesn’t look up from her tiny computer when she replies in her Southern-accented voice.

Mason nods once and puts the SUV in reverse. I check my former home once more for signs that there are government agents inside: no luck. Then I exhale the day and
the town away and stuff a pillow between my head and the cool window, and by the time we’re down the driveway and turning off of our street, I’m asleep.

When I open my eyes, it’s light outside. Bright light. The kind that makes me want to throw a rock at the sun. I have a crook in my neck and my mouth feels like I ate salty cotton balls. I look at Mason in the rearview mirror; he feels my stare and speaks.

“Hi there,” he says. I can’t tell whether he’s looking at me or the road because he’s wearing dark sunglasses.

“Water,” Cassie says, offering me a bottle without looking my way. I take it and gulp down half in two seconds, then look out the window to the unidentifiable landscape zooming by at seventy-five miles per hour.

Cassie jumps a little but still doesn’t look back at me. I take a deep breath, which for some reason makes me yawn loudly. I rub the sleep from my eyes and in a more measured tone ask, “How long was I out?” Mason glances at Cassie and then checks the clock.

“I’d say you were probably out about eight hours,” Mason says as plainly as if he’s giving me a weather report.

“
Eight
hours? How is that possible?”

“They added a calming agent to it… to smooth the rough edges,” Mason says.

“Maybe they need to tone it down,” I say. “Unless they’re going for TKO.”

“I’ll make a note,” Cassie says, her eyes still glued to her tiny phone screen. In private, Cassie is free to be her workaholic robot self.

“What’s our new last name going to be?” I ask. With every new town comes a new last name; first names stay the same for the sake of consistency.

“Huh,” I answer, rolling it around in my brain. Daisy West. Definitely more interesting than Daisy Johnson from Palmdale, but maybe a little too cute. Though not nearly as bad as Daisy Diamond from Ridgeland.

“I think I liked Appleby best,” I conclude aloud.

“You were more used to it,” Mason replies. “West is fine.”

Just One More Breath by Lewis, Leigha
Life's Work by Jonathan Valin
Give the Devil His Due (The Sanheim Chronicles, Book Three) by Blackwell, Rob
Taking It All by Alexa Kaye
GONE - Part Three (The GONE Series Book 3) by Bladon, Deborah
Lippman, Laura by What The Dead Know (V1.1)(Html)
Destiny's Kingdom: Legend of the Chosen by Huber, Daniel, Selzer, Jennifer
Ginny Gall by Charlie Smith
The Girl in Steel-Capped Boots by Hill, Loretta
Traps by MacKenzie Bezos