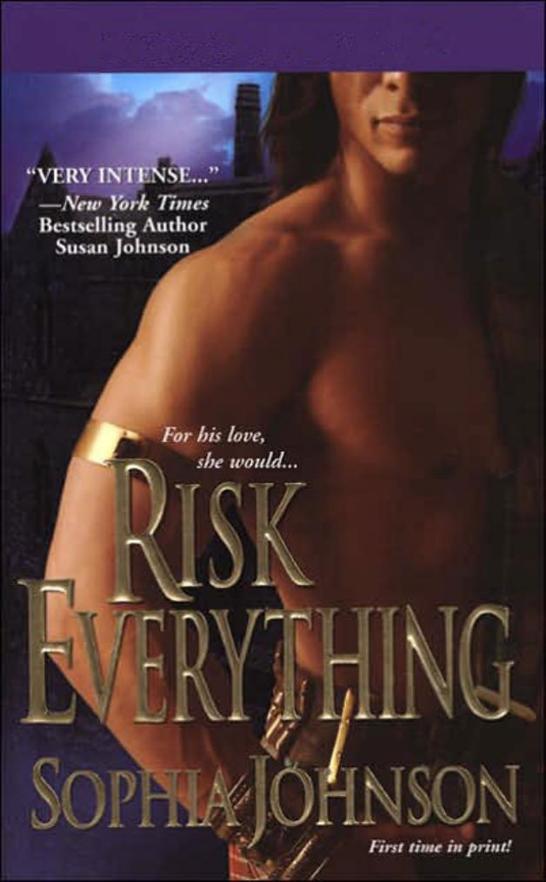 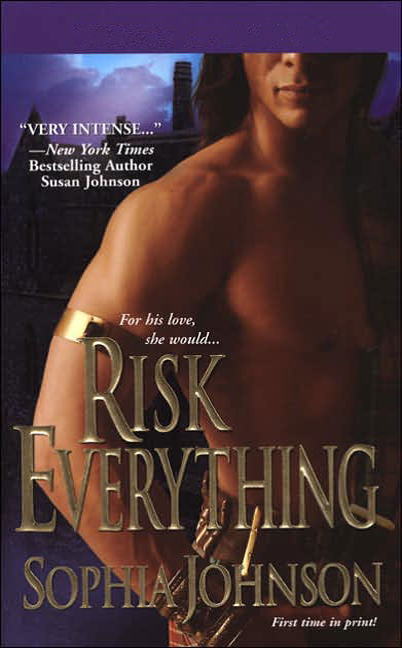 Meghan’s heart quickened with each impatient leap Rolf took up the stairwell. When they reached the landing, his arms tightened further, as if fearing she would break free and flee.

As if she could.

He thrust open his solar door and slammed it shut with the heel of his boot. Just paces from his bed, he halted to gaze down at her. A stiff breeze from the window opening enfolded them, and his arms tightened.

Her breath caught at the expressions flashing through his gleaming eyes. Triumph. Passion. Impatience. All were there, undisguised.

His gaze held her own as he lowered his arm beneath her knees to straighten her in his arms. Each inch she moved against him sparked hot fire through her flesh. Hard. All of him—his massive chest, the hard slab of his belly, that hot and eager part of him—until soft lips claimed hers. 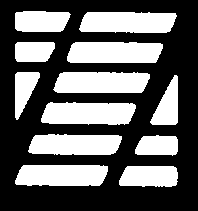 For my husband, Gil,
who has the patience of an angel,
and in memory of my mom, Alice,

who taught me to love reading

while I was still a

With many thanks to Delle Jacobs,
my tireless critique partner,

prodded me to show and not tell.

Southeast of the Kyle of Tongue, Scotland, 1074

Meghan of Blackthorn slipped from her bed in the dead of night. She did not light a candle, for guards atop the battlements would note it.

Sprawling on the cold, wooden floor, her head beneath the bed, she pulled forth the clothing hidden there. A warrior’s attire. She made haste to don them until she came to the last items. Helmet and chain mail. When her fingers touched their cold links, she sighed with satisfaction.

She soon sighed with frustration.

’Twas no easy task alone. After several failed attempts, she draped the mail on the side of the bed. She leaned over, her upper body level with the bottom links, and lifted them. She burrowed inside the armor much like a dog scrabbling through a tight tunnel, arms entering first, then head and shoulders. She gasped for air when her head and arms popped out their openings.

She grinned as she tied a coarse leather thong around her heavy hair, then stuffed its length inside a conical helmet complete with nose guard. Hidden beneath the armor, she would pass for a young warrior intent on carrying out Mereck’s orders.

Simple blinked when Meghan lifted her from her perch, clasped her tight to her chest, then covered her with a dark cloth. She prayed the sparrowhawk would not take fright and expose her with loud, distressed chirps.

Casting quick, uneasy glances over her shoulder, she padded below to the keep’s entrance and grasped the heavy door. Bit by bit, she opened it. She cringed when it made dull, scraping sounds. Why had she never noted it? She slithered through the narrow opening and raced down the castle steps. When she entered the dark stable, she released a long-held breath.

Happily for her, the warriors lodged their horses in a separate area. Working with quick efficiency, she readied Storm and mounted. As she rode out into the bailey toward the gathering patrol, her wary eyes did not miss a single detail.

’Twas still dark as midnight when she fell in line behind the last warrior. She kept her eyes lowered, her back straight.

Had the moon been full, she would not have found an easy time of it as they passed by the guards at the gatehouse.

The horses’ hooves made little sound on the thick carpet of damp leaves of the forest path. Half a league from Blackthorn, she lagged behind and guided her mount off the path.

Meghan had not felt this free in months. She dreaded the heated dispute she would have with Connor when she returned to the castle and he caught her.

Nay, no mere dispute. Her brother’s efforts to rule her always turned into a resounding brawl. He would yell and bluster and threaten to beat her. She would react by screaming threats at him to even dare think on it. Never one to pass up a challenge, Connor would attempt to do just that. They would end up wrestling in the dirt like undisciplined, grubby squires.

Of course, if he appealed to their cousin Damron, the laird of Blackthorn, she would be in serious trouble. Knowing their cousin and his stern ways, she was sure he would blister her bare arse till she couldna sit for a sennight or more.

She shrugged. The taste of freedom was worth the punishment she might receive.

Mereck had taught her much about escaping. All manner of ways. The commander of Blackthorn’s army would not be pleased that she used one of them now to thwart him. He had forewarned the warriors to confine the women within the keep.

He had cautioned them about one woman in particular.

Dawn’s faint golden rays winked through the fluttering canopy of leaves when she came to her destination. After removing Simple’s hood, she released her. “Fly, little one, but dinna think to prey on a plump hare,” she cautioned.

’Twas not long after that she stalked her own prey, a buck making its hesitant way through the forest. He oft raised his head and looked around, then went back to his feeding. Slow and easy, she raised her bow and sighted down the arrow. Taking a deep breath, she drew the bowstring taut. A whoosh of air left her lips as she freed the arrow to zing its way to the target.

Moments later, she stood over the buck she had cleanly killed with an arrow through its heart. Simple swooped down to land on a bush and study the deer. The bird’s small head twisted from side to side as if pondering how to strike.

Meghan shook her head and clucked her tongue.

“Ye canna attack such a beastie, silly bird. ’Tis bad enough ye think to bring down cook’s chickens and not the wee animals ye should be huntin’, isna that right, Storm?” she said as she threaded her fingers through the horse’s mane.

Warm and sticky now, she tugged off her helmet. Her hair tumbled down, and she lifted it, allowing the cool air to soothe her neck. How could warriors stand such confinement on hot days?

Simple swiveled her head, searching the woods on all sides.

Meghan froze. The hair on her nape prickled. Her skin crawled, and shivers ran down her spine. How had she missed it?

As if hands explored her body. And not as a lover would do.

She lowered her head and peered from the corner of her eyes. How far had she strayed from Storm? Fleet as a hare, she spun around, took two leaps, and sprang onto her mount.

As her bottom hit the seat, she kicked the horse into action.

Whoops of triumph rang out as men and horses burst through the trees. Guiding Storm with her legs, she whipped an arrow from the quiver and notched it. She bent low over

Storm’s neck as she threaded him through a narrow opening in the trees that a warrior hampered with weapons could not manage.

Men raced to block her escape. To her thinking, one fool tarried too long when she charged toward them. He soon wore her arrow in his leg. Startled, he jerked back on the reins and strove to keep his balance. She streaked past, his loud curses ringing like music to her ears.

Who were they? So many of them. Deep within Blackthorn’s borders. And falsely wearing the Morgan colors.

Sweat trickled between her breasts as she wove her mount through the dense forest.

Meghan ducked and swerved, dangling from the side of her horse to avoid low-hanging branches. Bushes and trees on all sides appeared to reach and grab for her, seeming to ally themselves with her pursuers. Her hair escaped its tie and flew free, whipping her cheeks with the leather strip that clung to small twigs and leaves caught in the tangled strands.

“Dinna let her get away!” a voice shouted behind her.

“Circle and cut the lass off,” yelled another.

She veered to the right. A large brown steed pressed close.

The rider’s heated body reeked of pungent sweat. His fingers snatched at her left arm. She leaned far to the right. He overreached and grabbed his horse’s mane to upright himself.

“Devil take it,” he shouted, furious now. “Do I get my hands on her, I will tear her off that beast.”

“Not afore I have the pleasure of teaching this warrior woman her place,” bellowed a horseman bearing down on her.

She would bet it was the man she had injured.

“I will gut any man who harms her.”

Meghan flinched. This man’s tone was cold and hard.

’Twas surely their leader. Her heart lurched, then thudded in her chest as prickles of fear burrowed through her. His voice had a familiar ring, but she could not place it.

It was hidden, locked tight in her memory.

Rolf MacDhaidh had watched and waited for the opportunity to seize this foolish and intrepid girl, sister to the man he had once called friend. Meghan had done as he knew she would—entered the woods alone to hunt.

Now
she
became the hunted.

As surely as she had felled the deer, he would bring her to ground. When the chase started, he had spied her helmet on the grass. As he scooped it up, a faint scent of heather stirred his loins. He patted the hard shape of her headgear as he placed it in the bag tied behind his saddle.

For the moment, Meghan had eluded them. She had turned his men into hapless hunters. Baffled them with her skill. He shook his head as they crashed through the trees, searching for her. He could hear the thud of her horse’s hooves fading in the distance.

One thing was certain. They had forced her farther from Blackthorn and toward the Morgan’s southeastern border.

The men’s tempers grew short. ’Twas no longer sport to them. They grumbled about what they would like to do to the woman who made a mockery of their skills.

Rolf whistled, loud and shrill. They cursed even harder at this signal to come to him.

Orders, abrupt and short. They stared at him, not moving.

“You canna mean it, Rolf. After the many hours we stalked this prey?”

“Alpin, your scowl willna change my words. Return and see your wound is tended,” Rolf directed as he outstared his friend.

“We have not seized the girl.” Alpin forced the words through gritted teeth. He hissed as he broke the shaft off the arrow lodged in his thigh.

“Go.” Rolf frowned at the blood on the man’s tunic and jabbed a finger in the direction of Rimsdale. “Bid Ede cleanse your injury and bind it.” He turned to his first-in-command.

“Dougald, have the men dress the deer. Leave me enough for three days. Hasten all from Blackthorn’s land afore they are spotted.”

Alpin glared at him as he jerked hard on the reins. His mount whinnied and flung its head about.

“Are ye not coming, Rolf ?” Dougald raised his brow, questioning his lord.

The Last Flight of the Argus by E. R. Torre
Brutal Obsession (The Safeguard Series, Book One) by Kennedy Layne
Reclaiming Nick by Susan May Warren
The Dead of Sanguine Night by Travis Simmons
El estanque de fuego by John Christopher
Risky Business by Nicole O'Dell
A Treasury of Great American Scandals by Michael Farquhar
Threat by Elena Ash
Pelican Bay Riot by Langohr, Glenn
I Think You're Totally Wrong by David Shields