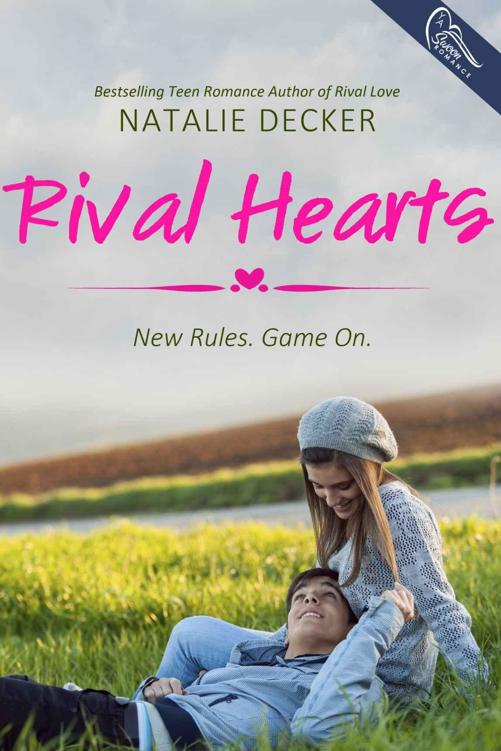 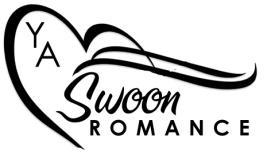 All rights reserved. Published in the United States of America by Swoon Romance. Swoon Romance and its related logo are registered trademarks of Georgia McBride Media Group, LLC. 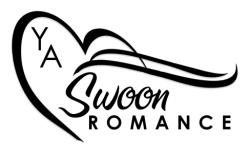 To all those whoever felt lost.

Ethan and Leeah without you I wouldn’t be me.

A letter. A stupid letter.

Almost a week has gone by since Skylar Fletcher left. Looking around, no one would be able to tell a Harris Academy Bulldog was once a student here. And the really shitty part—that girl hasn’t spoken to me since. No texts, calls,
how are you
’s. Not one flipping word.

I don’t understand. I thought we had something special. Then again, in eighth grade I thought Alison Winters was something special, and she turned around, ripped my heart right out of my chest, and stomped on it a few times. You’d figure I’d learn, and up until August, I was doing just fine. Not letting others in. Keeping my distance. Now look at me. I’m a mess, all because I had to fall for Skylar-freaking-Fletcher.

Might as well hand in my man card because I’ve officially turned into a huge sap. Calling her, texting her, asking how she is and whatever else, but she hasn’t responded.

Lance and Kayla come walking up to the lunch table hand in hand, making my thoughts worse. Kayla glances over at me and drops her smile into a deep frown. “She hasn’t called?”

I wish they’d both quit asking me this damn question. “Nah.”

I glower at him. “Or maybe she realized I’m no good for her and moved the eff on.” I know I’m being ridiculous. But a part of me really believes that she’s no longer into me. That she sees me as an asshole and wants nothing more to do with me. Can I blame her for thinking that? No. I know I’ve done messed up things to her. To a lot of girls, actually, but Sky made me want to change the hollowness inside me.

“The pool’s finally reopened. There’s a bunch of security cameras in place.” Kayla shudders. “I feel like we’re in prison.”

Lance and I glance around and sure enough, there are cameras all over the commons. “Holy crap. When did they do all this and with what money?” Lance asks.

Our school is low on funds thanks to the last superintendent. He stole a shit-ton of money. A lot of programs are affected by it.

Derrick comes up to our table and slams his tray down. “I don’t have wrestling practice anymore.”

“Cool, wanna come over and watch the Colts game with us?” Lance says.

Derrick narrows his eyes. “No. I mean I’m not wrestling this season. No one is. Coach told us today our shit got cut.” He looks over at Kayla. “Your team is probably next up on the chopping block.”

Kayla gasps. Lance pulls her in for a hug, but we all know Derrick is probably right. They told Skylar as much. If Sky joined the Delmont High swim team and played softball this year, it was supposed to help save our programs. A number of scouts were scheduling meetings to meet Skylar, and our school needed this in order to get extra funds. Everything was going well—Sky agreed to swim and trained with Kayla, but on the day of their swim meet, the school’s pool was trashed in our rival team’s colors. Harris Academy. The same school Skylar used to attend, making everyone believe it was her who did it and causing her to leave for New York to live with her father.

Lance sighs. “You’ve got to call her.”

“I’ve tried calling. She doesn’t want to talk to me.”

I look down at my lap and mutter, “Don’t worry about it.”

“I hope you don’t mean the Bulldog.”

Instead of ignoring his snide remarks as usual I shoot him a glare. Then I instantly realize how pointless that is and shake my head. I can’t talk to him about this. He thinks I’m crazy for liking her in the first place. He knows she didn’t mess up the pool but he swears she’s covering for someone. And maybe she is. She’s not talking. Not that she’s the kind of person to tell on anyone anyway.

One thing is for certain: I miss her like crazy. Winter break can’t come fast enough. Five more days and I’ll be able to go off to New York, see that gorgeous face of hers, and try to convince her to come back home with me.

Kayla sighs and drops her head to Lance’s shoulder. He ruffles her blondish hair and she laughs, but the interaction makes me miss Sky so much more.

So I try texting her again.

Three minutes pass and no response. I’m heading up to my sixth period class when my phone buzzes. I yank it out and pray it’s a response from her. My smile instantly changes when I read:

Free 2 liter Coke and Medium Breadsticks with one Lg. one topping pizza.

Normally, pizza specials excite me, but today, it just makes me pissed.

Why isn’t she answering me? Has she moved on, or am I just going insane?

Every time my phone vibrates against my skin, I freeze as dread washes over me. The police and new superintendent have been trying to find the underlying cause of the school vandalism. At least that’s the message they’ve been leaving on my phone for the past week.

On top of that, my heart literally breaks whenever I see Caleb’s name pop up, via text or phone calls. I could easily pick up the phone, sure, but what is there to say?
Hey, I miss you. Wish you were here. I can’t stand this separation.
All this stuff is true, but it doesn’t change the situation. I’m here and he’s there. That’s what makes this so hard, knowing we aren’t across the hall or even a few minutes away, but hours from each other. And no one wants to have a relationship like this, especially at our age. So I’ve been avoiding him, too. Hoping that maybe he’ll forget about me.

I walk up to my father’s brownstone. Lidia is already in the living room, entertaining another guy. Third one this week. She props up on his lap and plays with his hair while laughing at nothing that entertaining. I roll my eyes and head up to my room. Her interactions make me miss Caleb even more. I should call him. No, I shouldn’t. Calling him will break me. I’m broken enough.

“Be right back, Liddy!” random guy calls out, outside my door. He starts to enter my bedroom and chuckles. “Sorry. Thought this was the bathroom. She said it was the second door.”

I roll my eyes because this is the other thing I’ve been dealing with—Lidia trying to purposely get under my skin. “Well, obviously she sucks at counting. Next door down is the bathroom.”

“Cool. I’m Malcom. You must be the evil sister.”

What did he just say?
“Is that what she calls me?” ’Cause I’ve got a slew of names I can call her. Bastard. Marriage-ruining spawn. Dad-stealing witch. Oh yes, I’ve got loads of them.

Dark hair guy shrugs his shoulders. “I try not to get into all the family drama. So what’s your name?”

“Cool.” He eyes me up and down and smiles. “See you later.” He leaves my room, and I hope he doesn’t return. Anything that wants to hang out with Lidia can stay away from me.

I stare at the photo of Caleb and me on my phone and then put it aside and pick up my guitar. I strum the strings, trying to find the right chord, and then begin singing my newest song. “… We’re like candlelight, so special, so right, the romantic type. Oo-eee-ooo. All secret. So great. But someone blew us out and now it’s dark. Sooo dark … I hate it. I want that flame to flicker back on again. Bring on that heat … can you hear me?

“… Oh, are you real? Or just a dream? Did my mind find you in a merry-go-round memory? Are we built to last, or do we say goodbye? I love you so much, my candlelight. Oh oh, Candlelight.

“… We are here, worlds apart. I climb to the edge and scream your name. My heart is aching. And I am aching for my eternal flame. In the crowds, I search for your face. Pictures upon pictures are only making this worse. My fire is dying, can you feel my heat slowly burning out?

“… I don’t know about you. But I love you. I want you to be forever happy. But I want to be the girl making you … happy. Can I still be that girl?

“… Oh are you real? Or just a dream? Did my mind find you in a merry-go-round memory? Are we built to last, or do we say goodbye? I love you so much, my candlelight. Oh oh, Candlelight. Don’t flicker out to-
oo
-night.”

The door to my room opens, causing me to quit playing. Malcom strides back in. “You’re pretty good.” He looks about my room. “You know, Lidia said we’d have a lot in common.”

I stiffen and glare at him as he makes his way to my other guitar. “Uh, get out of here.”

“Why? I figured we can jam together.” He starts to reach for my guitar.

“Touch it and I will break you!”

“Whoa, babycakes. Chill. I just wanted to make some conversation and maybe rock out a little.” He winks at me. “You’re feisty; I like that.”

He flicks his eyes to my nightstand. There are two photos there; first is one of Caleb and me. It was an unseasonably warm day in December, and we were fighting over the sponge we were using to wash our cars. He dumped suds in my hair and I sprayed him with the hose. I was the one washing my car first, then he just magically needed to clean his too. My swimming friend Kayla took it the picture and framed it for me before I left. The second photo is of Caleb, his uncle Brian, my mom, and me. Caleb is looking over at me with a smirk, and I’m glaring at him. Brian and my mom are smiling at the camera. My mom was so mad I put this photo in a frame, but it was a memory for me. The moment I started realizing my feelings for Caleb.

Hollow Mountain by Thomas Mogford
Safe Harbor by Laylah Hunter
Borrowed Billionaire #4 Under the Sea by Strong, Mimi
Once Upon a Scandal by Delilah Marvelle
Somewhere Beyond Reproach by Tim Jeal
Promise Made (The Callahan Series) by Mitzi Pool Bridges
Time After Time by Kay Hooper
Love's Illusions: A Novel by Cazzola, Jolene
Profile of Terror by Grace, Alexa
Reclaiming Conversation by Sherry Turkle