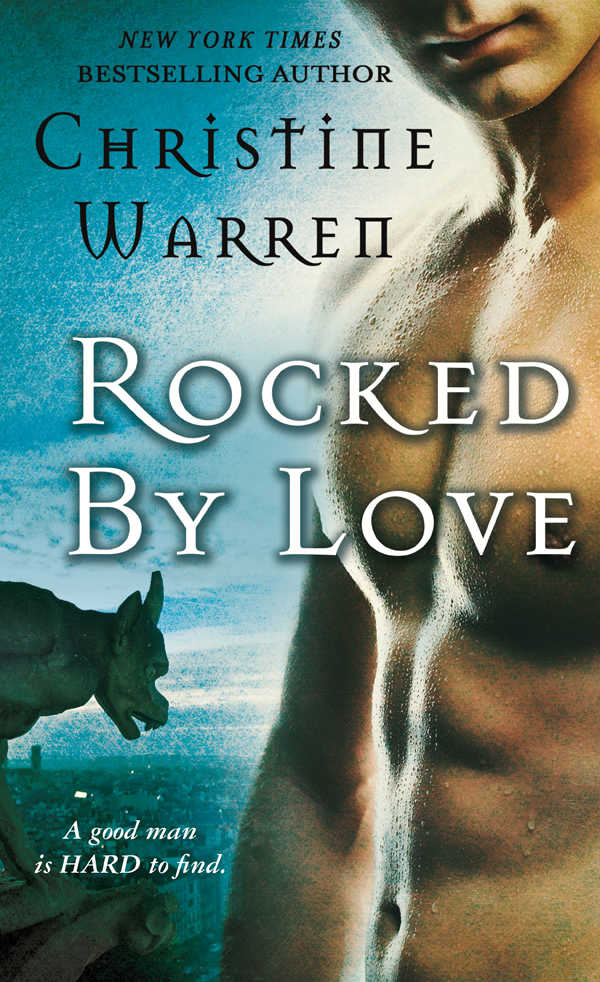 With eternal thanks to my readers, who have gone with me on so many adventures. I love you guys.

Troubles are to man what rust is to iron.

Kylie gave in to the impulse to stick her tongue out at her phone while her foot jiggled relentlessly under the table. She had to beat back her impatience with a mental stick, but the specter of disappointment had started to polish a weapon of its own, one more the size of a cricket bat. As much as she would prefer to continue her lovely sail down Denial, after an hour and twenty-eight minutes, even she might be forced to admit defeat.

She’d been stood up.

“Stood up” was the most convenient term. She had arranged to meet a person of the opposite sex in a social setting at a designated time and place, but said person had failed to honor this agreement and had not shown up. In most cases, this would count as being stood up. However, in Kylie’s case, she had no romantic interest in her missing acquaintance, and she felt more disappointment and curiosity than embarrassment at the situation.

Besides, at least she’d gotten a really good slice of pie out of her time spent waiting. Cherry streusel. Yum.

So she didn’t feel the same way she would have if an actual date had failed to show, even though she’d had more riding on this meeting than the possibility of sexual attraction. She’d worked for months to create this opportunity, and she couldn’t deny her disappointment in seeing it come to nothing, whatever it should have been called.

What term did you use to describe a covert meeting with a complete stranger that had nothing to do with sex or romance and everything to do with the exchange of secret information? And just to be clear, a “deep throating” was so off the table.

She set her phone down and reached for her cola. By now, the glass held nearly as much water as soda. The melted ice smothered the effervescent carbonation until she was left with little more than sweet, flavorless syrup. Maybe she should try making herself drink coffee again, though that would have been just as disgusting by now. Cold or watered down didn’t really lean heavily to one side or the other. Tonight just didn’t seem to be her night.

Kylie brushed off the negative thoughts. She’d never been the kind of girl to indulge in melancholy. She considered herself what her paternal grandmother had called a
vilde chaya,
a wild child. She was the kind of girl who saw what she wanted and went after it, doing whatever it took, even fighting dirty—or, especially fighting dirty—until she achieved her goal. Her goal now was to find a new way to track down her “date” and make sure that this time he couldn’t ignore her.

Not that it happened often. Even her parents, who found her surprising, unpredictable, and wholly indecipherable, had trouble ignoring her. Of course, she’d made it easier for them when she’d moved to another state, but still. If Abraham Kramer and Constance Harding-Kramer couldn’t manage to put Kylie completely out of their heads, some
schlub
with the vainglorious online handle of DrkMsgr sure as
shudden
wasn’t going to do it either.

It had taken her months to find the stranger in the infinite space of the Internet, and she’d invested weeks more in grooming the connection. She’d chatted and swapped stories, offered advice and told jokes, slowly building their cyber connection behind her own mask as Wile E. Koyote. She’d felt perfectly comfortable in doing whatever she could to make that faceless presence trust her, because the information he had was just that important. He could change everything for her; she knew it.

Kylie felt a little bad about drawing in the stranger while harboring an ulterior motive, but not enough to shrug off the missed meeting. Yes, she had every intention of using this other person for her own purposes, but it wasn’t like she was some kind of modern ax murderer, relying on the Internet to lure her victims to their doom. The person she was meeting would have walked away from their encounter unharmed, unhit-on, and perfectly safe. All Kylie wanted from him was information.

All she wanted was the truth about Bran.

The rhythmic jiggling of her foot stuttered, pausing for a moment before resuming its hummingbirdlike flutter. The thought of him still hit her every time.

A year after Bran Powe had gone missing, Kylie had thought she’d come to terms with loss. She wasn’t stupid; she knew that when people disappeared for so many months at a stretch, they weren’t just out for a breath of fresh air. Something bad must have happened to keep him away from his friends and family. But even so, getting the call from his sister, Wynn, and hearing his death confirmed had hit Kylie like a physical blow.

Bran had been her closest pal since her freshman year of college. While the second of two spectacularly failed dates had made it clear that romance would never work for them, friendship came as easily as breathing. She honestly thought of him as the brother she’d never had, no matter how tired that cliché was. Losing him had felt like losing a tiny little piece of herself, and Kylie hated to lose even more than she hated being ignored.

For that reason (and because sitting still for a seven-minute yoga meditation was beyond her, let alone sitting the seven days of a shiva) she had spent the last six months obsessed with finding out the truth. She couldn’t care less if she sounded melodramatic or halfway to crazytown; she knew there was more to Bran’s story than anyone was willing to tell her. She knew darn well that nothing she did could bring her friend back, but she could at least find out what had really happened to him. As much as she loved his family, his sister Wynn’s telephoned explanation that “they think he had a heart problem we didn’t know about” was not cutting it with her.

Sure, Kylie knew that kind of thing happened all the time, but not this time. She didn’t believe a word of it. Why, she couldn’t quite say. Maybe she had heard something in Wynn’s voice, or maybe the intuition she had learned not to ignore had sounded the alarm. She couldn’t be certain, but either way, she knew there had to be more to the story.

She had dedicated the last six months to trying to find that “more.” She’d pushed aside her work, her hobbies, her family and friends in pursuit of the truth, immersing herself in the world she knew better than anyone—the data.

Despite her legitimate professional accomplishments and the applications she had developed that left her financially set for life at the tender age of twenty-three, Kylie still considered herself a hacker at heart. If a fact existed in bits and bytes anywhere in the world, she could uncover it. Between the skills she’d learned and the talent that had always lurked inside her, she knew she could find anything, so she had begun by breaking into Bran’s personal computer and online accounts and setting herself on the trail of the truth.

Tonight was supposed to have been a big leap forward. It would have been, if DrkMsgr had bothered to show up. She was convinced that he knew something about her friend, no matter how coyly he had danced around the subject. His knowledge of some deeper meaning behind the strange terms in Bran’s files—words like “Guardian,” “Warden,” “
nocturni,
” and “the Seven”—had to be more than coincidence.

Kylie certainly didn’t understand the references in Bran’s journal entries and encrypted files. And why did an archaeology grad student need to encrypt his computer files, anyway? Especially when they made almost less sense to an outsider once the code was broken.

She had read through every word she could find, and all she’d gotten from his ramblings had been a massive headache and the vague impression that she’d just sorted through the background notes of an author’s proposed series of horror novels. It had looked to her like Bran had been collecting information on demons. It was meshuga.

Part of her wanted to laugh at the crazy idea, but most of her couldn’t manage the sound. Kylie didn’t believe in demons, any more than she believed in heaven or hell or little cherubs with diapers and medieval weaponry being responsible for people falling in love. And it wasn’t just because of her Jewish heritage. Heck, she only had that on one side of the family, but she still had trouble believing in anything she couldn’t see and analyze and code into ones and zeros.

The little voice inside her head got a slap upside its own when it tried to remind her of all the things about herself that she couldn’t explain so easily. About the way she didn’t just read code, she
felt
it, as if it ran through her bloodstream in microscopic green digits alongside the red and white cells. About the way she occasionally caught sight of her reflection in a monitor and her eyes looked more green than brown, glowing with the light of an obsolete DOS system command screen. She wasn’t the issue here; this was all about Bran.

Kylie looked at her phone and sighed. Twelve-fifteen. Damn it. If the stranger wasn’t here by now, he wasn’t coming, but if he thought no-showing would put an end to their association, he had another think coming. As soon as she got home and got back online, she would make that abundantly clear.

Frustrated, but glad to finally be moving again, Kylie dug out her wallet and left enough cash to cover her slowly nursed drinks and her single slice of pie. Then she added a supergenerous tip for the waitress who hadn’t even tried to hurry her along in all the time she’d hogged the corner booth. No need for both of them to leave tonight’s encounter dissatisfied.

The cool March air bit through her jacket and raised gooseflesh on her arms as she exited the mostly empty diner and began the brisk walk home. Her town house occupied the borderlands between Boston’s Back Bay and Fenway, within spitting distance of her old stomping grounds around the university—a sound investment, or so her accountant had assured her when she’d purchased it eighteen months before.

At the moment all she cared about was that it wasn’t too far from the meeting place to walk, because trying to catch a cab at this time of night in this neighborhood would be like waiting for the messiah. She didn’t have six or seven thousand years to spare at the moment.