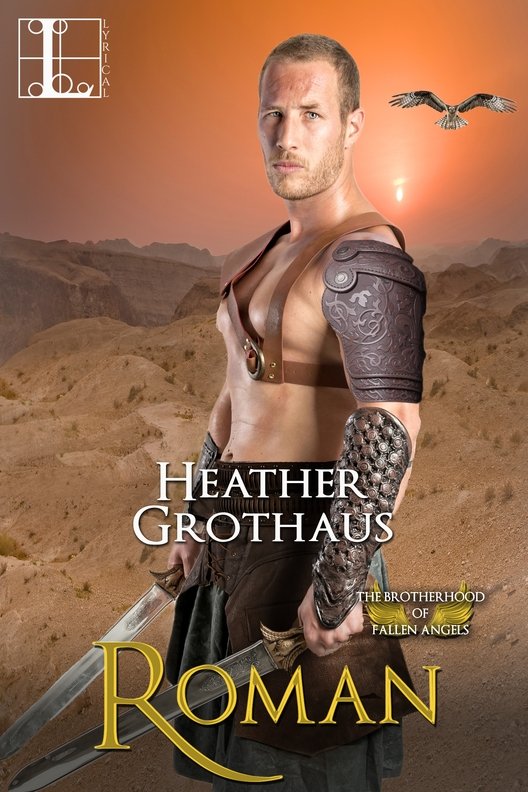 ROMAN'S KISS
Isra looked ahead, down the valley, and saw a thick cluster of horses reemerging onto the road leading from Kerak's sandstone motte, a red and white banner flickering like a tiny scrap in the sunset.
She looked up at Roman, but his face was turned to the sky now, as if he was contemplating something only he could see.
Then he turned his head toward her, held out his hand.
Isra placed her fingers into his palm and let him pull her to her feet. Once she was standing he drew her against his chest slowly, deliberately, wrapping his uninjured arm around her shoulders, and Isra held her breath as she looked up and he lowered his head.
“I can wait no more,” he whispered against her mouth, and then he kissed her . . .
Books by Heather Grothaus
THE WARRIOR
Â
THE CHAMPION
Â
THE HIGHLANDER
Â
TAMING THE BEAST
Â
NEVER KISS A STRANGER
Â
NEVER SEDUCE A SCOUNDREL
Â
NEVER LOVE A LORD
Â
VALENTINE
Â
ADRIAN
Â
ROMAN
Â
HIGHLAND BEAST
(with Hannah Howell and Victoria Dahl)
Â
Â
Â
Published by Kensington Publishing Corporation
ROMAN
The Brotherhood of Fallen Angels
Heather Grothaus