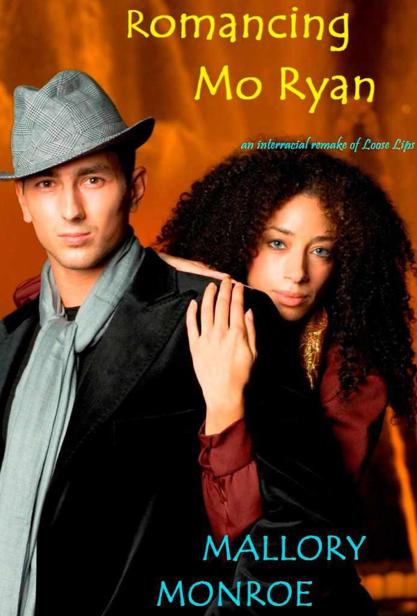 (
an interracial remake of Loose Lips
)

All rights reserved.  Any use of the materials contained in this book without the expressed written consent of the author and/or her affiliates, including scanning, uploading, and distribution of this book by way of the Internet or any other means, is strictly prohibited.
Original story idea and enhancements used with the full cooperation of Teresa McClain-Watson, Executive Editor and Contributor.

for more information on all titles.

It was the last night of the convention and Mo Ryan was restless.

He had spent the entire week with Nikki Tarver, but so had all of the other lecturers.

As a well-respected criminal court judge from Florida, Mo had been invited to the Cleveland convention to lecture brand new journalists on the limits of their First Amendment protections.

Nikki, as a brand new local journalist with one year under her belt, was invited to speak from her own experience about the mistakes young journalists often made, and how to avoid getting ensnared in those mistakes.

And Mo and Nikki and all of the other invited lecturers had done everything, from eating to sightseeing to just sitting around and talking, as a group.

Mo would often sit back and watch Nikki.

At twenty-three, she was by far the youngest in the group, and was the only African-American.

He put her height at about five-six or so, a good four inches shy of his six feet, and although she was small of frame, Mo couldn’t help but notice how well-endowed she was, and how the young lady had some very nice curves.

But it was her face that fascinated him.

She had a small, narrow face, with eyes so big and golden-brown that they were one stretch away from being pop eyes, and with natural eyelashes so long and flowing that they almost looked unnatural.

And whenever she would look down and then suddenly look back up, and directly at Mo, his chest would squeeze.

It wasn’t the beauty of those eyes that stunned him, but the innocence in those eyes, and the vulnerability he saw.

With her eyes and her high cheekbones and her African lips and nose, she often gave off an air of arrogance, of somebody who thought she was above it all.

But Mo saw beneath the veneer.

He saw something deep within those eyes.

And sometimes, while he watched her, he would wonder if this strong, together, always serious black woman, wasn’t just a little terrified.