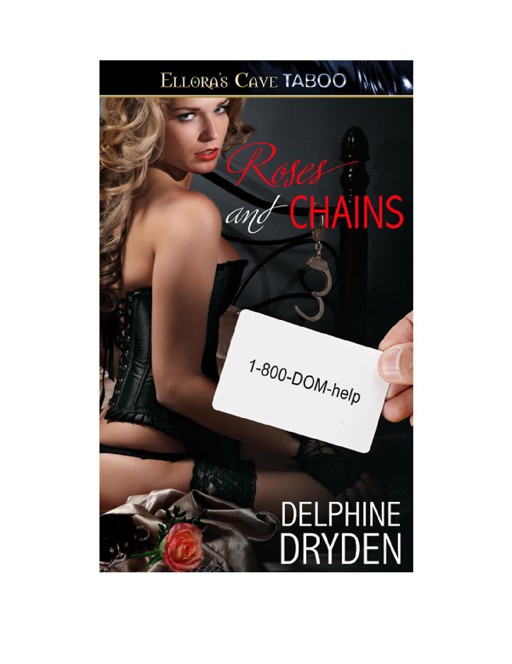 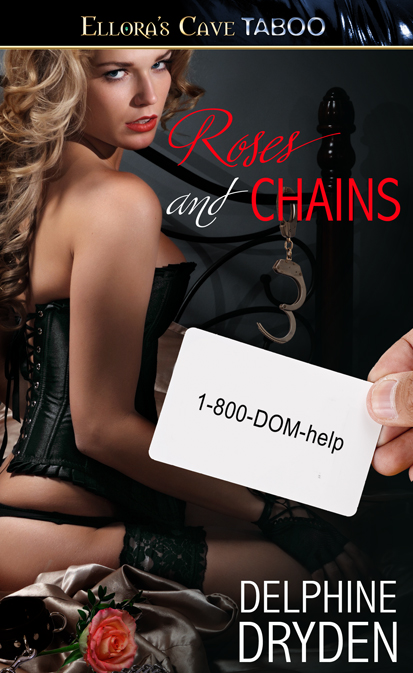 isn’t quite enough to satisfy. Add one cute and quirky sub who can’t seem to find a

Dom to suit her tastes. Place them in a room full of sex toys and candlelight, roses and chains…

And after a few smoking-hot nights of pleasure and exploration, all three just might find what they’re looking for.

The author acknowledges the trademarked status and trademark owners of the

following wordmarks mentioned in this work of fiction:

The magic begins with the appearance of the business card. Sleek black print on a

pristine white background—unassuming in its appearance. Those brave enough to call

the number will begin a journey that will explore their greatest desires. Once the call is made, the Operator goes to work. Somehow he knows just what every caller needs,

always able to find the answer the caller seeks.

Callers may be directed to Unfettered, a new club in town, one nobody has heard

of. It provides a safe haven for all who enter. Members are free to explore their every desire…even those they weren’t aware of. Little do they know Unfettered will

disappear once those yearnings have eased.

Submissives who don’t know how to handle their Dominants. Masters looking for

the perfect sub. People who need just a little push to admit vanilla isn’t their favorite flavor. The card finds them all.

And once you dial 1-800-DOM-help,
anything
can happen.

Scenes in the main room at the club weren’t Mara Tyndall’s favorite thing. But they

Tonight, that purpose was to make her forget her very stupid recent attempt to date

outside her flavor. He was Plain Vanilla, she was Rocky Road. She should have known

it could never work.

“I think this side’s done. Time to turn you over and toast the other side, slutski.”

Mistress Amie was relentlessly perky. Her kitten-with-a-whip insouciance struck a

particularly cruel note tonight, because she knew exactly why Mara was there. She

knew what Mara needed. And in her relentless, perky, cruel way, she was not saying “I told you so.”

She was not saying it
very loudly
, with everything she did and every expression on her face.

“Fucking…cheerleader from hell,” Mara gasped as Mistress Amie loosened the

leather cuffs around her ankles. For her sass she received a brisk slap on the upper thigh where the flogger marks were still flushing, blending into one blotchy pink map of the pain she’d endured thus far this evening. Mara groaned when the Mistress released the restraints around her wrists and she lowered her arms too suddenly.

“I can see we’re not quite there yet. Okay, stretch it out then face the cross.”

Amie really did sound as if she were leading an exercise class. Which was

appropriate, because she was a Pilates instructor and personal trainer. The kind who made a lot of money making wealthy people hate her guts, but love the results she

helped them achieve. After all, Amie was an expert at getting people to take more pain than they ever thought they could tolerate.

Mara knew the heights Amie could inspire her to. They had spent close to a year,

off and on, exploring those heights, and although her mind might resist returning, her body was already responding all too eagerly to the cheerful Mistress’s wicked

“And now,” Mistress Amie chirped, shackling the leather back into place as Mara

inspected the top crotch of the St. Andrew’s cross she was now facing, “let’s work that rear.”

The paint’s chipping. Tad needs to touch this thing up.

The flogger cracked against her butt and she reflexively shouted, “One!” before her

brain caught up. “How high, Mistress?”

“Two!” Against the upper thigh.

“Three!”
Really hard
across the shoulders.

The unpredictability slowly lost its edge, ceased to engage her mind and instead

forced her to relax, to accept that there would be a blow, that she wouldn’t know where the pain would land next. She was buffeted this way and that, just a leaf, and Amie’s flogger was the wind.

“Do you need to come?” The chipper, smug voice in her ear was accompanied by a

surprisingly gentle hand that traced the line of her spine from neck to ass. “Hmm? You want me to make you come for me, Mara?”

The hand dipped lower, following the curve of one cheek, ending up cupping the

top of one inner thigh. Amie wouldn’t touch her pussy unless Mara asked for it.

Tonight was just a favor, and an orgasm would be another favor. Another reason for

Amie to avoid saying “I told you so”.

But she needed it too much. She needed to come, in order to feel as if the scene was over for the evening. Submitting to her own needs was more important than submitting to Amie. It took more humility.

“
No
. You know what I need to hear, slut.” Amie paused then added more quietly,

“You know what you need to say.”

“Mistress. I need to come, please make me come, Mistress.”

“Thank you. My hand or the flogger?”

Oh, a touch. A touch was so nice, so personal. She knew Amie would do it just

right, apply just the right amount of pressure. Press her perfect, leather-corseted breasts against Mara’s back as she slid two fingers inside her to tease, then finished her off with that brutally, beautifully merciless stroke against her clit. Strapped to the cross, in plain view of everyone in the club. And Mara knew, with the part of her mind that remained aware of such things, that everyone was watching.
Everyone.
Watching the adorable cheerleader pinup whipping the naughty little Goth girl. It had once been the highlight of everybody’s week at the club, watching the two of them go at it on the cross.

It wasn’t really what she wanted. But it would be enough to get the job done.

Amie paused, squeezed her thigh briefly then backed off. She would never touch

without permission. She loved rules, enforcing them as well as following them. She

She had never been able to push Mara in the way she needed to be pushed. The

way that had nothing to do with physical pain.

But she knew how to work a flogger. The snap of the leather between Mara’s legs

was gentle; a caress, a tease. Not quite hard enough. Because Amie was a Domme, after 9

all, and enjoyed withholding. Mara enjoyed it too, moaning and working her hips,

trying to push her ass out farther to present a bigger target. The next flick of the whip wrapped under and up a tiny bit, a zap of high-voltage pain over her clit and pubic

bone, drawing the first true scream of the evening from her lips.

It hurt to come, and Mara screamed again as the flogger continued to drum against

her. She craved the feel of fingers or a cock or
something
inside her, and the climax ramped higher and higher and felt almost spiteful because it wouldn’t let her go and it didn’t satisfy.

Then there was a second sharp peak, and after it ebbed she finally achieved a

resolution of sorts, a release that wasn’t quite the relief she had sought. But Amie pulled her down from the cross and into her arms, letting Mara weep into her honeysuckle-scented curls.

A few minutes later, Mara was seated on the floor next to Amie’s chair. As she

dutifully finished off a bottle of water and plucked idly at one of Amie’s bootlaces, the Domme leaned down and pressed an unexpected kiss to the top of her former sub’s

head. Then she handed her a business card. Mara took the card and stared at it for a moment before looking up at Amie.

“Somebody gave it to me. But I think you need it more than I do, sweetie. You’re

just barely holding it together, aren’t you?”

Amie, but she knew her frustration wasn’t the Domme’s fault. It was her own. She

looked at the card for another long moment before answering carefully.

“I’m sorry if I didn’t please you tonight, Mistress. It was very kind of you to—”

“Don’t. Don’t bullshit me. We were never like that.” Amie gave a sharp little sigh

and pulled her ankle from Mara’s reach, then stood up and tucked a finger under

Mara’s chin to force her eyes upward. Mara was too well-trained to jerk away, no

matter how much she wanted to.

“Honey, we had a good time here in the club. It never worked outside, and we both