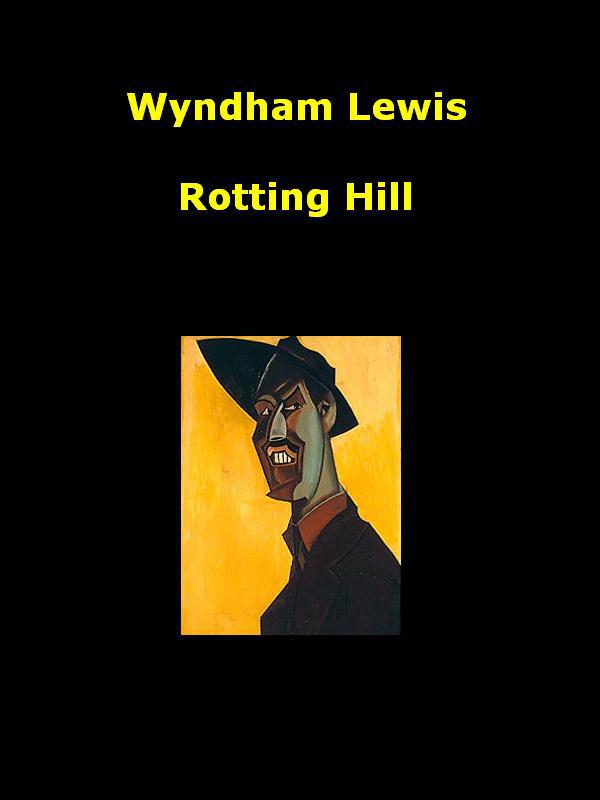 (1951)
Table of Contents
Foreword
1. The Bishop’s Fool
2. My Fellow Traveller to Oxford
3. The Rot
4. The Room without a Telephone
5. Time the Tiger
6. Mr. Patrick’s Toy Shop
7. The Talking Shop
8. My Disciple
9. Parents and Horses
Envoi: The Rot Camp
Footnote:

If I write about a hill that is rotting, it is because I deplore rot. For the decay of which I write is not romantic decay. But specific persons or Parties are in no way accountable for the rot. It is either the fault of everybody or of nobody. If we exist, shabby, ill-fed, loaded with debt (taxed more than any men at any time have ever been), let us recognize that the sole explanation of this is our collective stupidity. If it soothes us to pin the blame upon our masters, past or present, by all means let us do so. The fact remains that this is only a subjective judgement. But who is responsible for ten years of war in a generation? All human groups, whether French, German, Italian, Polish, Korean, Japanese, Chinese, Czecho-Slovak, or any other are like our own a raw material, and are not responsible for the shape they take. I should add that our ostensible masters are raw material too. War is what is immediately responsible for the chaos which afflicts us at the present time. No cause can be assigned for these fearfully destructive disturbances (though of course we account for them in this or that conventional way, in our history books and in our conversation). The most
recent
wars have entirely altered our lives, that is all we can say.
In 1945 we ended a second, a six-year spell of war. We came out of this a ruined society, our economy destroyed, our riches vanished, our empire reduced to a shadow of itself, but our island-population (optimistically built-up to the absurd total of fifty millions) undiminished and requiring just as much food as when we had the money to pay for it. Naturally everybody was dazed. But into this situation burst a handful of jubilant socialists, voted into power, with an overwhelming majority, on the Labour ticket. They were in no way dismayed by the national situation; they proceeded to extract by huge taxation, direct and indirect, the colossal capital needed to stage a honeymoon for the liberated manual-working mass. This of course gave no one any time to despair at the disappearance of national prosperity. The majority of the nation was highly stimulated: and if the landed society was taxed out of existence, the middle class in rapid dissolution, on the whole England became a brighter rather than a darker place. To symbolize this extraordinary paradox the capital city burst into festivities all along the south bank of the Thames; there was whoopee at Battersea, there was the thunder of orchestras in a new national concert-hall, a thousand peep-shows, culminating in a Dome of Discovery lower down the river. This was staged in the ward sanctified by Shakespeare. In the Parliament the lamb lay down with the lion; the Tory bleated softly and snoozed beside the rampant socialist lion: all England seemed to have decided to forget that it had lost everything, and to live philosophically from day to day upon the Dole provided by the United States.
Such is the situation at the moment of writing. In spite of this extremely brilliant, if exceedingly artificial situation, nevertheless decay is everywhere, as might be expected. If an aristocratic society suddenly drops to pieces, after many centuries, and if a mercantile class of enormous power and wealth drops to pieces at the same time, there is inevitably a scene of universal wreckage and decay, as when demolition work is in progress. In a great city like London large areas, until ten years ago expensive and “select”, become shabby or even slummish overnight; the food and other shortages make an end of good restaurants, the shortage of power dims the streets, the high cost of everything turns a well-heeled citizenry into a shoddy, shabby herd, which shuffles round the shops from morning till night in a dense tide.
For the seamy side of socialist splendour the socialists are blamed. Mr. Patricks, the socialist shopman whose toy-shop you are invited to visit in the ensuing pages, says that his customers even blame the heat and the cold, the rain and the snow and the sleet on the Government. And then, of course, the very bounty of the socialists, their lavish honeymoon spending, militated against the austerity of life and dedication to work which was required to build the New Jerusalem. Decades of ca’ canny and the ingrained habit of go-slow, producing a population of the laziest workmen in Europe, has proved the arch-enemy of socialism. So there is a big cancer, a deep rot in the heart of the industry now controlled by the new masters, which it may require a very harsh dictator to eradicate.

Returning from Sweden a short while ago, in the M.S.
Volsung,
a sumptuous ship, I experienced the utter peace which only sea-travel can provide. A few passengers, I among them, had made their way to the sun-lounge beyond the American bar. We wallowed in deep cushioned receptacles, rocked upon the gently heaving sea; a music programme of the Swedish radio crooned away at a suitable distance. Like all peace it was artificial, and no doubt a little sugary, but all of us were conditioned to appreciate any kind of peace. It was one of the appropriate amenities of a neutral vessel: we were going back to blood, sweat, and tears No. 3. Even the boastful growl of the alcoholic American which could be heard from within, nearer the bar where he crouched over a table, vainglorious but confidential, even this was soothing, like the rumbling of a volcano not in eruption. And upstairs three young Englishmen, innocent of vulgar emulation, hurled deck quoits or whatever they were called, and when their quoit was expelled from its transitory nest complimented the other fellow and obviously preferred to be the loser. Success is always a little beastly. It is less glorious to sit upon another fellow’s chest than to be sat on by another fellow—if he is a decent fellow. For this voyage at least we were all to be out of reach of human passions. Even the unseemly effort involved in the propulsion of this luxurious monster from one side of the North Sea to the other was only felt as a muffled throb, an agreeable subterranean tom-tom.
ADS
15.4Mb size Format: txt, pdf, ePub

The Promise of Lace by Lilith Duvalier
Saxon: The Emperor's Elephant by Severin, Tim
Dirt Bomb by Fleur Beale
The Life Beyond by Susanne Winnacker
Darius Bell and the Crystal Bees by Odo Hirsch
Every Day is Like Doomsday by Selena Jones
Remainder by Stacy H. Pan
The Plague Unto The End by Gault, T.
Divided Allegiance by Moon, Elizabeth
Trinidad Street by Patricia Burns