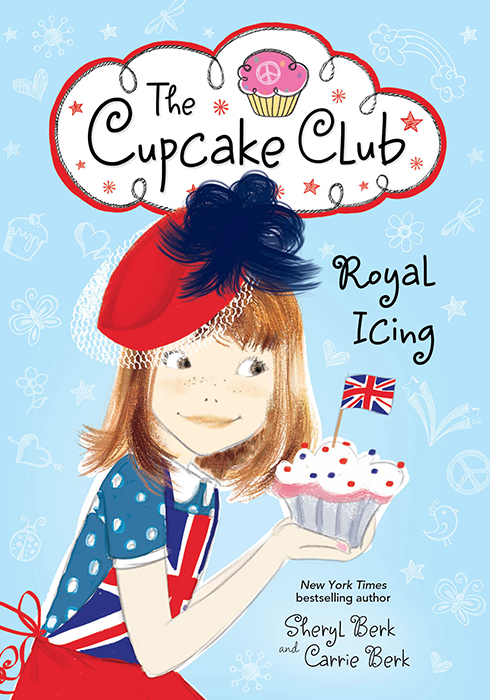 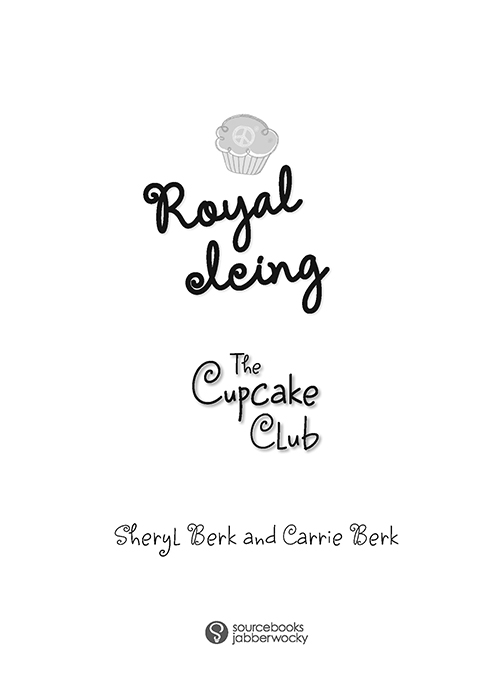 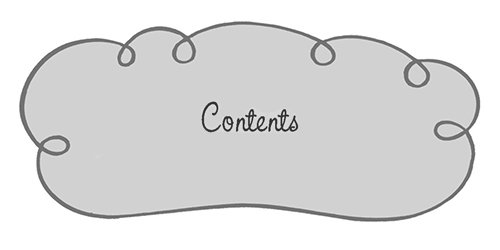 Chapter 3: I Dream of London

Chapter 5: A Rose by Any Other Name

Chapter 6: Across the Pond

Chapter 8: Rising to the Occasion

A sneak peek at Fashion Academy

To Rick, Stephen, Charity, Christina, Norma, Meghan, Danielle, Lisa, Isaac, Louisa, Linda, Holly, Stephanie, Kathleen, and the whole gang of
Peace, Love, and Cupcakes The Musical
at Vital Theatre. Thank you for bringing our characters to life. This one's for youâ¦ 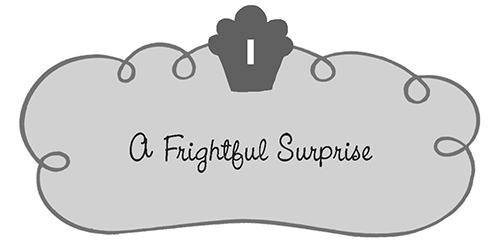 If there was one thing Kylie Carson enjoyed on a stormy night, it was curling up on her couch with a monster movie. Monster flicks were Kylie's favorite things in the whole world, although she couldn't exactly explain why. Most kids in fifth grade at Blakely Elementary found them creepy and weird. But Kylie insisted that all the blood, guts, and gore were good for a laugh! Plus, there was just something about a scary movie that made her happy and excited.

It felt just like when she rode a roller coaster and her stomach did a somersault as the coaster plunged down a death-defying drop. It caught her off guard and took her breath away, but afterward, she felt so
alive
. Her dad said she was a risk taker, just like her Grandpa Nathaniel, who parachuted out of airplanes when he was in the Air Force.

“Your Papa Nat was fearless,” her dad explained. “He once took your Uncle Charlie and me camping when we were kids, and a grizzly bear showed up at our tent in the middle of the night. Papa Nat didn't flinch; he stared that grizzly down!”

Kylie knew she wasn't
that
fearless. There were things that certainly scared herâlike her upcoming geography test (drawing the entire world map from memory!) or forgetting a key ingredient in an important cupcake recipe.

She loved cupcakes almost as much as monsters. Back in fourth grade, she had taken a risk and started her club, Peace, Love, and Cupcakes, at Blakely, hoping it would help her fit in at her new school. Amazingly, she made three of the best friends a girl could ever ask forâJenna, Sadie, and Lexiâand added a fourth, Delaney, when she went to summer camp.

Together, they were now so much more than an after-school club. PLC was a huge baking business, whipping up hundreds of cupcakes every month for all sorts of parties and events. No order was too big, too small, or too unusual for PLC to tackle. In fact, the stranger, the better in Kylie's book! Just last week, a woman had called requesting a dozen cupcakes for her horse's fifth birthday at the Danbury Stables. Jenna had come up with the idea to make minis out of molasses, carrot, apple, and oatmeal. They presented them to Buttercup on a horseshoe-shaped platter. Mission accomplished!

Tonight, since the forecast called for showers, Kylie decided to invite all her PLCers over for a sleepover party. She dubbed it “A Night of Fright and Frosting,” and Lexi was first on her list to call.

“I'm down for the frosting part.” Lexi hesitated. She was always a little timid and needed some coaxing. “It's the fright part that scares me.”

“That's the point,” Kylie assured her. “Monster movies are supposed to be creepy, spooky, spine-tinglingâ¦”

“Can I bring my boo-boo teddy bear?” Lexi asked.

Kylie chuckled. “Sure, if it makes you feel better. I'm thinking a double feature:
The Blob
, then
Ghost
of
Frankenstein
. Bela Lugosi and Boris Karloff. It doesn't get any better than that.”

“Sure it does,” Lexi insisted. “We could watch something fun and happy and monster-free. I could ask Delaney to bring over some of her baby brother and sister's
Sesame
Street
DVDs. Come on! Aren't you just an itty-bitty bit nostalgic for Elmo?”

“A cute, red, fuzzy-wuzzy one!” Lexi tossed back. “With a big orange nose!”

“I think Frankenstein is cuteâin a green, undead sort of way,” Kylie teased. She knew scary flicks weren't exactly Lexi's thing, so she had to think fast.

“You know, I was kind of hoping you'd bring your sketchbook over and help me come up with a design for a new order: thirty dozen cupcakes for the opening of the New Fairfield Amateur Art Show.”

“Art? Did you say art?” Lexi's ears perked up. Art was always up her alley! Her artistic eye and talent for painting and drawing had made her PLC's expert cupcake decorator. She dreamed of one day having an exhibit at a famous art museumâlike the Met in New York City, the Louvre in Paris, or the National Gallery in London. “What kind of an art show?”

“The lady who placed the order said it's for all local artists in the Connecticut area. I was thinking maybe you'd want to create an awesome painting and enter it in the contest.”

An hour later when Lexi rang her doorbell, Kylie had finished inviting over the rest of the club and was poking around in the kitchen cupboards.

“Kylie, honey, Lexi's here,” her mom said, ushering Lexi into the kitchen. “And she brought her entire art studio.”

Kylie looked up from the shelves of spices. Lexi had an easel under one arm and a canvas under the other.

“I didn't bring my entire studio,” she corrected Mrs. Carson. “Just my oil paints, brushes, a couple of canvases in case I make a mistakeâ¦”

Kylie shook her head. “As if you ever make a mistake,” she said, climbing down from her step stool. “Lex, your paintings are all masterpieces and so are your cupcakes.”

“Which is why I had this great idea,” Lexi said, opening her bag and pulling out her sketchbook. “Cupcakes are artâyou know that and I know that. So why not prove it to everyone else?”

She held up a drawing she'd made in pastel colored pencils. It was a beautifully frosted cupcake, dotted with rainbow sprinkles.

“Everyone else will probably paint landscapes or flowers or horses. I thought a still life of a cupcake would shake things up a little.”

“I think that's a brilliant idea,” Kylie replied. “Maybe we should do mini versions of your painting on each cupcake. How cool would that be? If anyone can paint an awesome cupcake, it's you, Lexi.”

“I agree!” said a voice outside the kitchen. It was Sadie, followed by Jenna with Delaney tagging along behind her. Sadie, as always, was on her skateboard. She was the sportiest girl in the cupcake club, but had proved she was an awesome baker as well.

“The door was open, so we came in,” Jenna said. “Do I smell buttered popcorn? I'm starved!” Other kids in school teased her for being overweight, but all the PLC girls loved Jenna just the way she was.

Kylie chuckled. “How do you say it, Jenna?
Mi casa es tu casa?
”

Jenna tried to be polite. “Yeah, that's kinda how you say itâ¦only with a much better Spanish accent.”

Kylie jumped down and gathered up a pile of DVDs she'd placed on the kitchen counter. “Let's get the monster movie fest under way!”

They gathered on the rug in front of the TV, where Kylie had arranged pillows and bowls of popcorn.

“I'll sit over here.” Lexi pointed to the couch. She took the throw blanket on it and wrapped it around herself. “In case I need to duck for cover.”

“I don't think you'll need that,” Kylie's mom said, popping a DVD into the player. “I spoke to Juliette earlier today, and she dropped off something she wants you girls to watch.”

“Hey!” Kylie protested. “I have a whole lineup of monster movies planned!” It wasn't like their club advisor to spring something on them. She usually consulted Kylie first. After all, Kylie was PLC's president.

“I think you'll want to see this,” her mom replied. “Especially since Juliette has a big surprise for all of you and she'll be here in an hour to tell you about it.”

“A surprise?” Delaney asked. “What kind of surprise?” The last “big surprise” she had was her mom announcing she was pregnant with twins! “Monster movies don't scare me, but surprises do.” Delaney was PLC's comic reliefâuntil she became a big sister a few months ago. But no matter how “serious” and responsible she tried to be, she was always the life of the party with a flair for the dramatic.

The DVD began to play, and beautiful pink posies appeared on the screen. Then yellow daisies, then white chrysanthemums. There was sweeping music, and the words “My Fair Lady” and a list of names materialized.

Lexi leaned in for a closer look. “No! It's beautiful!”

Sadie giggled. “But Kylie thinks
The
Blob
is beautiful.”

“You bet I do,” Kylie grumped.

“Watching
The
Blob
always kind of makes me hungry for Jell-O,” Jenna added. “With whipped cream and bananas.”

“Guys! Can we please focus on the movie!” Lexi insisted. “What do you think Juliette's surprise is? Do you think it has to do with flowers? Maybe we're doing cupcakes for the New York Botanical Garden!”

Just then, a figure appeared on-screen. He was a proper English gentleman with a proper English accent. He wore a tweed hat and a trench coat, and was making quite a fuss over the way a girl selling flowers was speaking.

“I think my sister did this musical in tenth grade,” Jenna said. “This guy is gonna teach her how to be a lady.”

“It's based on a famous play by George Bernard Shaw called
Pygmalion
,” Mrs. Carson explained.

Kylie wrinkled her nose. “Who would name their play
Pig-Mail
? Pigs play in the mud. They don't deliver mail.”

Her mom giggled. “
Pygmalion
. It has nothing to do with pigs, and it's a classic. But I'll let Juliette explain the significance when she gets here.”

All the girls were enthralled with the movieâall except Kylie. The man on the screen was complaining, “Why can't the English teach their children how to speak?” He looked angry and frustrated, and she knew just how he felt.

Why couldn't her cupcake club simply watch a monster movie?

Elizabeth Raines by Their Princess
Deathlands 118: Blood Red Tide by James Axler
Misty Moon: Book 1 by Ella Price
Who'll Kill Agnes? by Lea Chan
Chances Aren't by Luke Young
Her Dear and Loving Husband by Meredith Allard
Olive of Groves and the Great Slurp of Time by Katrina Nannestad
Back of Beyond by C. J. Box
Secrets at Silver Spires by Ann Bryant
No More Mr. Nice Guy by Carl Weber