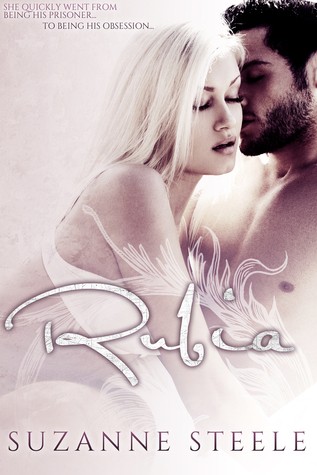 Thank you for downloading this e-book
.
This book is a work of Fiction. Names, characters, places and incidents are products of the Author’s imagination and are used fictitiously. Any resemblance to actual events, locales, or persons, living, or dead, is entirely coincidental.

All rights reserved. This book or any portion thereof may not be reproduced. Or used in any manner whatsoever without the express written permission of the Author.

This purchase allows you one legal copy for your own personal reading enjoyment on your personal computer or device. You do not have the right to resell, distribute, print or transfer this book, in whole or in part, to anyone in any format, via methods either currently known or yet to be invented, or upload this book to a file sharing program. If you would like to share this book with another person, please purchase an additional copy for each person you wish to share it with. Thank you for respecting the author and said work of the author.

This e-book is Rated R

Juanita danced around the ring, high off of the aphrodisiac that she received from being the center of attention. The money was good here and there was no denying that living here likened living in paradise at times. The crowd roared as money flowed freely and bookies took bets that she would win this fight. The men were pulled into to her web by the mere fact that she was what every Latino man dreamed of: The blonde haired, hazel eyed fantasy.

Juanita played on that weakness and made money night after night. It was almost too easy, the human cockfight she had dubbed it.

Yes, the men here loved it and she had every intention of getting rich off of their lust for American women.

I crouched in the corner of the jail, as I timidly eyed the man in front of me. Maybe he wouldn’t be so intimidating if he wasn’t dressed in full combat military fatigue.

“Are you ready to begin your life as my wife, or do you yet choose to live in this filth? Juanita, you have been here three weeks and a mansion awaits you, be reasonable.”

It was true, I had been living life as a prisoner; his prisoner for three weeks and it felt like I had been here six months.

I was tired, hungry
, and going crazy cooped up in this cage, nothing could be worse than this.

I hung my head
with no fight left in me and agreed to marry a complete stranger.

My marriage consisted of a justice of the peace, Ricardo’s maid; and our two signatures; not quite the elaborate fairy tale wedding that I had fantasized of as a child…

My room was a flurry of servants when I awoke the next day
and escape was the first thing on my mind, but right now escaping into a hot shower would have to do. I took my time allowing the warm water to run down and over my sore muscles; muscles that were sore not from fatigue, but from lack of use.

I exited the shower and ran my hand over the fogged up mirror. I looked pale and I could tell that I had lost weight due to my jail time served. Maybe I coul
d talk some sense into this guy; surely he couldn’t be serious about me staying in this marriage.

I eyed my little victim as she exited the bathroom. She wore nothing but a boy short set and I could already feel a stirring in my loins. Yes, she
was every man’s dream in my part of the world.

Tall with long perfectly shaped legs and creamy white skin that made you want to reach out and run your han
ds over it.

Her blonde hair lay
over her shoulders in natural curls, only highlighting the hazel eyes that she had. I wondered if they changed colors the way that I had heard that American women’s eyes do at times. Did they change when she was angry?

But even more so
, I wanted to know what they looked like when they were glazed over with lust.

“You are not to dress like that when the maids and bodyguards are in your presence, Rubia.” I couldn’t help but wonder why I felt jealousy course through my being and I didn’t even know this woman.

“This coming from a man who abducts women and threatens them into forced marriage?”

I rose from my chair and made my way to a woman who feigned much more confidence than I knew that she was feeling at the moment. This was going to be fun…

I could literally feel my knees shaking, as I strained my neck to look up at the man, who brought new meaning to the word, ‘intimidating.’

He stood at well over six feet and though he was dressed in blue jeans and a crisp white shirt today
, he still commanded respect due to his intimidating presence.

His coal black hair gave off hues of blue due to the bright Guatemalan sun which now freely streamed in through the window.

His eyes looked like black unforgiving orbs that would show no mercy towards their prey.

His skin was the color of coffee and cream and though it was smooth, the scar that ran from the corner of his eye and down his cheek spoke of a man who had battle scars and still stood victorious.

His body that he now had pressed against me; as he pulled my head back by a handful of hair, was rock solid and immovable.

“You would do very well not to cross me Rubia, this is not America, and due to your thievery, you are now at my mercy. I am not a boy to be toyed with, Juanita.”

Though his voice was steady and his demeanor calm, he reeked of danger; the kind of danger that could mean life, or death, to anyone who dared to cross him.

My voice shook as I spoke, almost begging this stranger to have some kind of mercy on me.

“You can’t do this; you can’t force someone to marry you, Ricardo.”

“I can and I have. Now be a good little captive and sit down on the bed and drink your tea.”

I attempted to pull away from his grip on me and he held me just long enough; to send the message that he remained in control.

He was enjoying this; having me at his mercy, but
if he thought that I was going to give in, he was sorely mistaken.

I grabbed the cup of tea and guzzled it down, as if trying to prove a point. I had full intentions of getting away from this third world, barbaric chauvinist, as soon as I could.

I watched her as I unbuttoned my shirt. I couldn’t help but be excited by the nervous energy that she was exuding right now.

It excited me knowing that she was scared and out of control, the stirring in my loins was now becoming a full blown aggression that demanded me to take what I deemed as mine.

Though she shook her head no, the fight was now gone due to the aphrodisiac which I had placed in her tea. She was in a different part of the world now; a world that she was foreign to. Her American rules would not be enforced here; this was my country and now, she was my property.

I would use her
innocence to my benefit. When she crossed me, she crossed the wrong man and I had every intention of making her pay for stealing from me.

It wasn’t so much the money as it was my pride. She had stolen from me and from my troops. If I didn’t make her pay; then I would lose the respect of my men, and a man in my position of power can never allow that.

I covered my breasts by crossing my arms over them, but he wouldn’t stand for it. He glared into my eyes as he uncrossed them, almost as if he were challenging me.

“I can’t do this, I’m a virgin.” I blurted it out, before I even had a chance to realize what I was saying. His reaction was one that I never saw coming.

“All the better; it seals the deal of you being completely mine.”

He grazed his tongue over my nipple causing me to moan and raise my body up towards him, as if I were offering him to continue. Before the night was through, I would be begging him to take me.

My husband played my body like a well tuned instrument that night, and what he had stated was true, he would stamp his ownership deep within my core.

No matter how I tried to resist him, there would always be a part of me that craved him after what he subjected me to that evening.

This was not some
clumsy boy in the backseat of a car; this was a full grown man who was sexually experienced in the art playing a woman’s body.