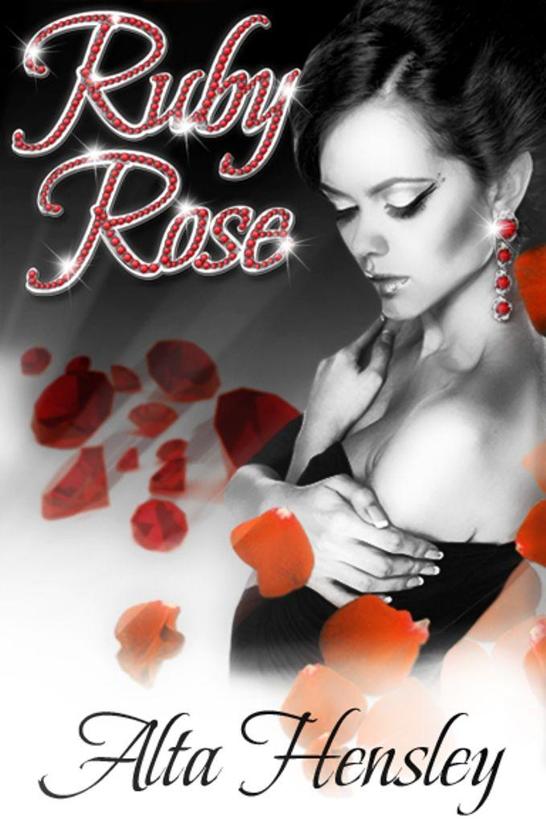 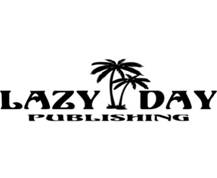 This book is a work of fiction. Any resemblance to persons, living or dead, or places, any events or locales is purely coincidental. The names, characters, places and incidents are products of the writer’s imagination and are not to be construed as real.

No part of this book may be used or reproduced in any manner whatsoever without the express written permission from the publisher LazyDay, with the exception of quotes used in reviews and critical articles.

Everything I do is for you.

The deafening club music pulsated through her body, the base pounding at her ears like a hammer. Ruby Rose made a mental note to try to describe the sensation when she wrote her article. One more thing to add to her ever-growing list of story notes. She wanted her readers to understand the power the music possessed. Recounting this club would definitely be a challenge. How could you possibly express the inside of a nightclub without sounding like a washed-up poet?

Ruby took off her apron at the end of her shift, desperate for a break. She wanted to get some fresh air and maybe a small moment of silence. She scanned the room, looking for her friend Melanie again. Melanie had promised to meet her at the club before her shift ended and at least be a familiar face amongst the crowd of complete strangers.

Melanie could socialize her way through anything. She had helped Ruby land this job, a job completely out of her element, bartending at the most popular BDSM club in Seattle. Melanie had also offered her a place to stay while she did the research needed to write her article on the lifestyle of Domestic Discipline. Ruby hoped she got enough to expand her article into a book, but didn’t know how much information she could gather. Her editor Harold had thought it would be a good idea for her to completely go undercover and immerse herself in the everyday life… or nightlife, as it were. Ruby agreed the investigation might make her article more genuine and complex. She didn't want to just get the generic, canned answers from an interview. Writers and reporters had done that many times. Every article she read by a reporter on Domestic Discipline sounded the same. Ruby wanted to go deeper. She wanted the truth, the feelings, the reality.

Ruby glanced at the clock and saw that Melanie was over an hour late. Had Melanie really flaked on her? Melanie had a habit of getting ‘lost’, but she wouldn’t just forget about Ruby, or at least Ruby hoped not. She counted on Melanie for a ride back to their apartment. She took in some of the faces around her and wondered if she should mingle and make some friends. Being outgoing was not her strength, so she chose to sit and observe instead. A commotion got her attention and she turned to the front entrance to find a crowd gathered around a group of men who had just walked in. Ruby stiffened, the hair on the back of her neck standing on end. She swallowed the lump forming in the back of her throat, her heart leaping as she saw the man she wanted to get to know. He was the key to her success. Tall. Handsome. Face hidden in darkness. Did she even have a chance at getting close? The pictures she had seen did not do this man justice. A single picture could not capture the raw power and strength that rippled through him. The control, the authority, the mystery. Evan Steel.

A deep wave of laughter erupted directly behind her and she turned to find the same group of men she’d seen walk in just moments earlier. A flock of women surrounded them, flirting, dancing, and having a good time. Evan Steel stood in the middle of it all. Ruby had seen his pictures, read of his speaking engagements, and collected research on everything and every word that came from him. He was laughing when their eyes met. His laugh stopped and the smile on his face seemed to melt away slowly. He stood there frozen, his chiseled face almost demanding to be touched. The scar near his lower lip caught Ruby’s eye. For a moment, Ruby thought he might say something, but then she heard Melanie come up behind her.

Ruby snapped out of her groupie stare and watched as Melanie wiggled her way to the bar and ordered a drink. “Crazy night! Sorry I’m so late.”

“It’s okay. I was actually hoping to leave. It’s been a long night.”

Melanie grabbed her drink and spun around, taking in the dancing bodies around her. Bobbing her head to the music, she instantly fit in. “You do realize, Ruby, who that was staring at you, right?”

Slightly embarrassed, Ruby pretended to not comprehend. “No one was staring at me.”

Melanie gasped. “That was Evan Steel! I told you that if you really want to get into the true workings of the Domestic Discipline lifestyle, then you need to get near him. I showed you pictures. Don't you remember? You two were staring at each other.”

“No we weren’t,” Ruby lied. She could hardly breathe now because of that brief moment.

“Look at you! You’ve been here one night and you’re already making headway. I knew you’d fit in just fine.” Melanie took a large swig of her drink. “Let’s go out there and show them what we got.”

She grabbed Ruby’s arm and pulled her out onto the dance floor before Ruby could object.

Evan nodded to and acknowledged all the club-goers gazing his way. Some of the other guys he hung with were already doing shots and beginning the party. His entourage kept the energy high, the fun flowing, and the night alive until the wee hours. They earned every penny the nightclub paid them. Evan, on the other hand, had the charm. His charisma and lure worked its magic as usual tonight, although his smile was anything but genuine. The odd popularity had stopped making him uncomfortable a long time ago, especially among drunk women throwing themselves on him, but he would never get used to everyone wanting to know more about Domestic Discipline. Or wanting him to spank them and make them ‘good girls’. The liquor in their veins made them beg to be taken in hand. He hated it.

Although it was nice to have instant notoriety the minute he walked into a room, at times he resented having to always be the life of the party. He had the looks, the right aura, the status, and everyone wanted to be a part of it. Evan never knew who truly wanted to be around him for him, and who just wanted the limelight. He learned to trust nobody.

Lost in his thoughts and wanting a moment for himself, Evan made his way to the dance floor. Blocking out everyone around him, he closed his eyes and just leaned up against a wall, taking in the beat of the music. The heat of the room and the close proximity of bodies caused sweat to trickle down his back. Evan slightly bobbed his head to the music, enjoying the isolation the rhythm of the base gave him. Someone brushed right past him, a little too close. Annoyed, Evan took a soothing breath, when he realized the person who bumped into him was the same girl who’d caught Evan’s attention at the bar.

“No, I’m good.” Evan swiped at his brown hair that now lay limply against his forehead. He found it odd that he suddenly felt self-conscious about his appearance.

“You sure you’re okay?” the girl asked again.

Evan looked into her deep brown eyes for the first time, his heart beating hard. The laser lights swirled behind the girl, casting her in full light one second and in a shadow the next. Evan smiled at a petite silhouette. Every time her face lit up, Evan noticed her eyes first. They were an amazing rich chocolate color, unlike anything he had ever seen. Her full eyelashes curved slightly at the end. They matched perfectly with her dark brown hair that reflected all the colored lights around her. She was a true Spanish beauty. The girl stared back at Evan as she stood there breathing hard.

Her brown hair was up in a loose bun, except for a few strands that lightly rested on the sides of her face and forehead. It surprised Evan that she didn’t seem fazed by Evan’s notoriety. She acted genuinely sorry for knocking into him. It didn’t seem like she had done it intentionally, like the game that many others had played in the past. She wasn’t bratting in hopes Evan would threaten to discipline her. That game had gotten really old.

“Good.” The girl tucked the loose hair behind her ear and turned to resume her dancing. She didn’t look back or ask anything else. She seemed impatient to be on her way. Evan watched as she seductively moved her hips to the music.

With his heart pounding and the overpowering need to see her face surging, to Evan’s own surprise, he tapped her on the shoulder and stammered, “So, I haven’t seen you here before.”

The girl turned and looked at him without responding. Maybe she hadn’t heard him. Evan hoped her lack of words weren’t just because she thought he was an idiot.

“I’m Evan, what’s your name?” Trying to keep his cool was as difficult as walking under water.

All Evan could manage was a weak smile as he allowed the most alluring name he had ever heard to descend into his soul.

Preacher by William W. Johnstone
Forgotten by Neven Carr
Lesser by Viola Grace
Home (Running With Alphas Book 7) by Viola Rivard
The First Time Ever I Saw Your Face by Lee, Taylor
Blood Money by Franklin W. Dixon
The One For Me (Danver #8) by Sydney Landon
Howling Moon by C. T. Adams, Cathy Clamp
Almost Eden by Anita Horrocks
Devil With a Gun by M. C. Grant