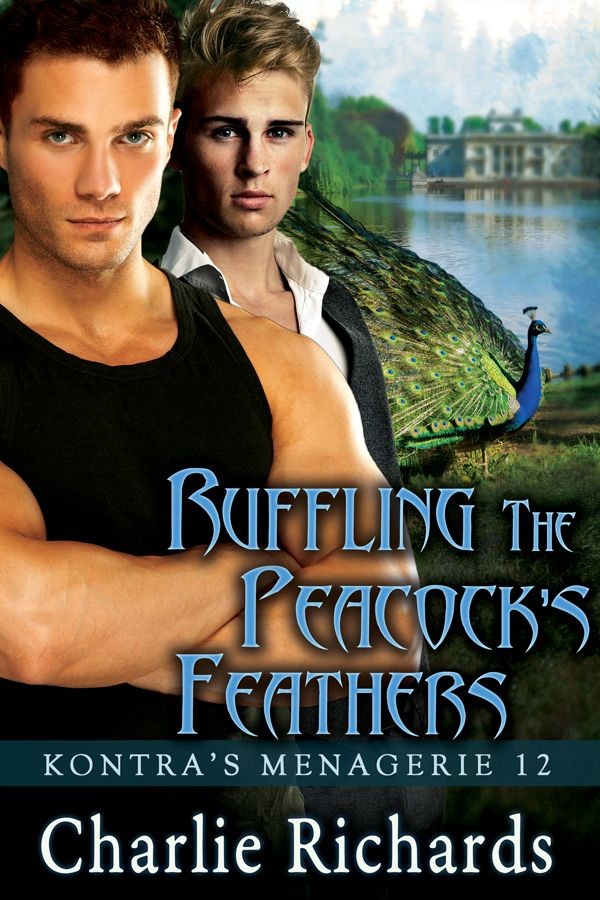 To my fans that ask questions that make me think. You know who you are and I value your inquisitiveness greatly.

On the Road: Finding love can make even a little dirt and sweat okay.

Rueben Malone travels to a small town in Oregon, searching for his missing brother, Ricky. Since the police don’t have any leads, he thinks it’ll be difficult. Instead, Rueben finds Ricky holed up in the same motel as him, held by a group of men hiding…something. Rueben knows his brother has crazy conspiracy ideas and wants nothing to do with them. Once he’s confirmed that Ricky’s life isn’t threatened, he decides his trip shouldn’t be wasted, and seduces the sexy, slender blond, Lamar Jaworski. Rueben suddenly finds himself ensconced in his brother’s conspiracy world. When Lamar, the one man who should be trying to help him understand, disappears, will Rueben take the opportunity to run?

To my fans that ask questions that make me think. You know who you are and I value your inquisitiveness greatly.

Rueben Malone pushed open the front door with his shoulder to the Domingo Motel. Carefully, he started maneuvering through the doorway on his crutches, being mindful of the boot on his left foot. He could walk on it without the crutches, but was urged strongly not to push it.

Take the time it takes, so it takes less time,
his doctor had advised him. Rueben had had to think about that for a couple seconds to figure it out, but finally got it. If he pushed healing, he could make it worse instead of better.

“Hey, let me get that for you,” a soft tenor called from across the lobby.

Rueben watched a short slender man sporting white frosted-tipped black hair styled to fall over his brown eyes hustle toward him. He wore a black leather jacket, which hung open to reveal a pale green t-shirt with matching black leather chaps over light-colored blue jeans. The guy grabbed the handle and pulled the door wide.

Oh, now there’s a cutie. And the way those chaps showcase his groin. I wonder what he’s packing.
Rueben wasn’t much on twinks, but for this guy, he’d make an exception.

“Thanks, cutie,” Rueben said to him, giving the guy a smile that had won him plenty of attention at clubs. “You in town long?”

“Oh, uh…” The guy’s mouth opened in surprise and his eyes widened.

Rueben made it through the doorway and paused to look at him. Still smiling, he opened his mouth, planning to ask the startled guy to dinner, when a man his own size—about six foot three or so with broad shoulders and a heavily muscled frame—entered behind him. The most notable thing about the guy, other than the five o’clock shadow and cold, dark, brown eyes, was the scar running from the corner of his left eye and bisecting his cheek. The guy also wore motorcycle leathers.

“He’s taken,”
scarface
growled as he walked past, glaring at him.

His brows shooting up, Rueben lifted a hand in placation. “Hey, sorry, man. I didn’t mean to poach. Your boyfriend’s cute.” He grinned and shrugged. “Can’t blame a guy for tryin’, huh?”

“He ain’t my man, but don’t think Yuma’s boyfriend wouldn’t happily lay you out just because you’re on crutches,” the guy replied.

The slender guy, Yuma, finally seemed to recover from his shock of getting hit on. He grabbed the big man’s arm. “Easy, Sam. He didn’t mean any harm,” Yuma murmured before giving Rueben a tentative smile. “My friend’s just being protective.”

Rueben nodded. “It’s always good to have someone to watch your back.” The pair turned and headed across the lobby. “Hey, wait, uh, Sam?” Rueben called after him, deciding it’d probably be better for his health to talk to the big guy. Had he not been injured, he probably could have held his own in a fight, but as it was…

Sam paused and turned back to him, lifting a brow in silent question.

“Those are your bikes out there, right?” Rueben asked, referring to the dozen motorcycles he’d seen filling several parking spaces. One of these days, he thought he might get one of his own.

Ignoring the warning in the guy’s tone, Rueben asked, “Have you driven around town yet? I’m looking for the local police station.” Now that his dick wasn’t doing the thinking, he returned his focus to his original reason for being in town—looking for his brother, Ricky.

His brother was a detective and had headed this way on a hunch, following a suspicious woman. When Ricky hadn’t checked in with his chief in three days, Rueben had been contacted, letting him know his brother was missing. The local police had reported that Ricky had been seen in the area late last week, but had no leads as to where he’d gone.

Rueben wasn’t going to accept that answer. They might not always get along, but Ricky was the only family he had left. He’d find his brother, even if it ended up the man was holed up in a hotel with a woman somewhere.

“Yeah,” Sam replied, pulling Rueben out of his thoughts. “It’s two streets over. I don’t remember the name. Head left out of the parking lot, turn right at the light, then right on the second street. It’ll be on your left.”

“Thanks.” Rueben heard the man grunt as he turned back around and disappeared down the hall.
Friendly.

Shaking his head, he made his way to the front desk. No one was there so he rang the bell. A moment later, a plump woman, maybe in her late forties, hustled out of the back. She smiled at him.

“Of course. How many nights?” she asked. Then her gaze swept over the crutches under his armpits. “Would you like a handicapped room?”

Rueben knew she was just trying to be polite and make him more comfortable, but that still rankled. A broken foot didn’t make him handicapped. “No, that’s not necessary,” he replied, somehow managing to force a smile. “And I’m not sure how many nights. Can I leave it open-ended for now?”

The woman beamed. “Of course.” She took his card and typed information into her computer, while launching into a spiel about the motel’s amenities. They had an outdoor pool and hot tub, which Rueben couldn’t use. When she mentioned a gym, his interest peaked. It probably wouldn’t be much, but most hotel gyms at least had a weight bench. He’d love to give his arms and chest muscles a good burn.

He took his key card from the woman, then followed her directions to his room. At least she’d put him on the first floor. That was a blessing.

Once in his room, Rueben eased onto the mattress and set the crutches to the side. He groaned and flopped back on the bed. “Damn it,” he snarled to himself. He hated being injured.
Damn Petre Romanov.
As soon as he thought it, he felt bad. It hadn’t been the other man’s fault. It was just a bad twist of fate. He grimaced, thinking about
twisting
. That’s what’d happened to his ankle.

Rueben and Petre had both been going after the hockey puck. Closing in on the corner of the rink, he’d been ahead. At the last second, he’d readied his stick, turned his skates, and used his blades to come to a sliding stop. Unfortunately, Petre had gone after the puck at that same second, checking him into the boards. Rueben’s left skate twisted, and he’d felt it pop right before flames of pain erupted through his foot and up his leg.

It’d been kind of embarrassing how he’d dropped like a sack of potatoes. Once he’d found out how long the breaks took to heal, he didn’t feel so bad about it.

With a sigh, Rueben heaved himself back into a sitting position. He maneuvered around to the side of the bed and grabbed the information book beside the phone. Flipping through it, he found the number for the local police, picked up the phone, and dialed.

Rueben told the receptionist who he was, then requested to speak with whoever was handling his brother’s
missing person’s
case. After being stuck on hold for nearly ten minutes, he learned that the man in charge was out on a call, so he left a message, albeit a disgruntled one. At least, he hadn’t hauled his ass down there.

Once he hung up the phone, he grabbed his bag and pulled out a pair of gray track shorts and a black tank top. He stripped down to his briefs before wriggling into his workout clothes. Rueben limped to the bathroom, took a piss, washed up, then retrieved his crutches and room key.

Ten minutes later, he reclined on a weight bench, feeling the burn of his muscles. He zoned out and enjoyed the stretch and pull as he worked his way slowly, awkwardly around the machine, changing positions and targeting different muscle groups in his upper body. Rueben found the flood of released endorphins from working out reassuring.

He knew what to do to get the results he wanted.

Putting down the handle at the end of the cable attached to the weights for the last time, he picked up his towel and mopped his brow. Sweat gleamed on his pale skin and his chest heaved from exerting himself. Even though he couldn’t work his legs, he still felt good.

Rueben stretched his arms over his head, twisting this way and that. He peered out the window into the pool yard. Movement near the end of the terrace caught his attention. He spotted several men coming in through the back gate and heading around the pool toward the motel entrance.

Brows shooting up, Rueben realized he recognized one of the men. Whipcord lean and pale, the trench coat-clad guy strode purposefully across the space. “Draven,” he whispered. That was his brother’s ex-partner on the force. Maybe he had information about Ricky. Heaving himself to his feet, he hustled as fast as his busted limb would allow.

Draven paused and turned toward him. Rueben found himself the recipient of three men’s stares. He fought back his sudden urge to duck back into the weight room and escape.
Geez, why do I feel intimidated?