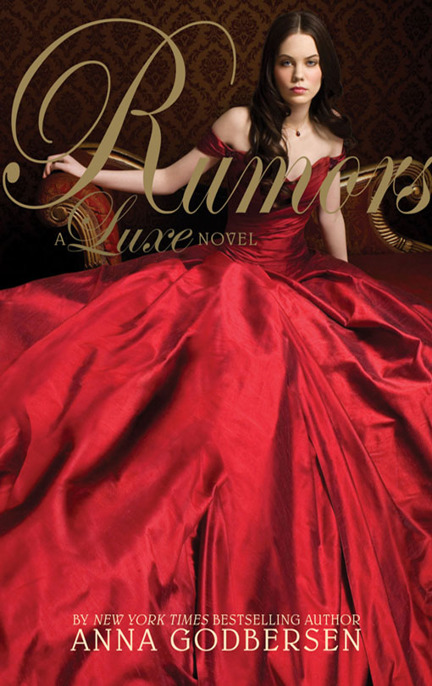 For Jake and Nick

IT HAS BECOME ALMOST REGULAR FOR THE LOWER classes of…

“EXCUSE ME, MISS, BUT IS IT REALLY YOU?”

THE MAUVE, LEAFLESS BRANCHES OF TREES ROTATED at a giddy…

THE GOLDEN GRASSY FIELD LAY AHEAD, PLAYING tricks on the…

HENRY SCHOONMAKER STOOD AT THE INTERSECTION of two pinched little…

LINA BROUD TURNED HERSELF ROUND AND ROUND, overcome with a…

THERE WERE ONLY A FEW THINGS IN THE LITTLE cabin…

“YOU DON’T JUST THROW A PERSON THROUGH A crack in…

HENRY HAD WATCHED DIANA’S STUBBORN LITTLE walk as she went…

“WAS THAT FOR ME?” PENELOPE WHISPERED. SHE didn’t waste time…

DIANA WOKE ON THE MORNING FOLLOWING THE opera with the…

THE DINNER ELIZABETH SERVED THAT NIGHT would be far superior…

“AT LEAST YOU LOOK VERY WELL,” AGNES JONES said, with…

LINA SHOULD HAVE KNOWN THAT THE ADVENT OF her first…

THE SECOND MRS. SCHOONMAKER WAS KNOWN not only for her…

“ARE YOU ENJOYING YOURSELF, MISS HOLLAND?”

THEY’D WOKEN UP IN THE MIDDLE OF NOWHERE—well, in an…

“WHERE ARE YOU GOING?”

“DID YOU NOTICE SOMETHING DIFFERENT?” ISABELLE whispered to Penelope, seated…

OUTSIDE OF THE SCHOONMAKERS’ FIFTH AVENUE mansion it had begun…

WHEN DIANA ENTERED HER FAMILY DRAWING ROOM late on a…

THE ROCKING OF A TRAIN WAS EVIDENTLY SOMETHING that calmed…

AFTER THE CRUSHING VISIT WITH PENELOPE Hayes, Lina had hardly…

THE WHISTLE BLEW, AND LOUD SHOUTS OF “ALL aboard!” could…

HENRY CROSSED HIS LEGS AND SHIFTED IN THE wooden rocker…

“MISS BROAD, HOW LUCKY CAREY FOUND YOU!” Lucy Carr, the…

SATURDAY WAS THE DAY BEFORE CHRISTMAS EVE, and it passed…

“LADIES USUALLY DO NOT BELIEVE ME, BUT THE Yukon can…

LINA WALKED BETWEEN THE WHITE AND BROWN patches of lawn…

THE VANITY MIRROR IN DIANA HOLLAND’S BEDROOM, with its oval…

HENRY WAS A REMARKABLY WELL-FED BACHELOR, and it had been…

PENELOPE CROSSED THE THRESHOLD OF THE Schoonmaker ballroom with all…

THE GIRL WHO RETURNED TO THE MAIN SCHOONMAKER ballroom was…

THE MANHATTAN THAT ELIZABETH STEPPED BACK into could not have…

BY MIDNIGHT ON CHRISTMAS EVE HENRY WAS entirely sick of…

IT HAD NOT BEEN THE TRADITION OF THE GAN-SEVOORTS to…

THE SILENCE MIGHT HAVE LASTED HOURS, ALTHOUGH it was difficult…

DEPARTMENT STORES NO LONGER LOOKED THE same to Carolina. She…

“IF ANYONE KNOWS ANY REASON WHY THIS MAN AND woman…

THE HALLS OF THE HAYES MANSION ECHOED AS Penelope ran…

HENRY DID NOT LOOK TO SEE THE CITY GO BY…

AT GRAND CENTRAL THERE WAS AN AIR OF motion and…

BY SUNDAY PENELOPE’S BODY WAS SO RIGID WITH expectation that…

IT WAS WELL PAST MIDNIGHT—THE NEW YEAR HAD come, and…

I have just been invited to a most secretive, but assuredly most elaborate, celebration in Tuxedo Park sponsored by one of Manhattan’s finest families. I have been sworn to secrecy for the time being, but I promise my loyal readers that I will report all when the week is over and the general word is out….

I
T HAS BECOME ALMOST REGULAR FOR THE LOWER
classes of New York to catch glimpses of our native aristocracy in her city streets, tripping in for breakfast at Sherry’s after one of their epic parties, or perhaps racing sleighs in the Central Park, that great democratic meeting place. But here in the country it is different. Here the rich do not have to suffer the indignity of being spied upon by a thousand eyes. Here in the snowy hills forty miles northwest of Manhattan, whatever business deal, whatever hustle, whatever random act of violence is being done back in the city, cannot touch them. For they and they alone are allowed in.

In those final, frigid days of the year 1899, the beau monde had escaped the city quietly, in small groups, according to the instructions of their hosts. By the eve of the New Year the last of them had arrived by special train to Tuxedo Park, disembarking at the private club’s private station. There had been special trains all afternoon: one bearing orchids, another caviar and game, another cases of Ruinart champagne. And
now came Schermerhorns and Schuylers, Vanderbilts and Joneses. They were greeted by coaches newly painted in the Tuxedo colors of green and gold and decorated with commemorative silver bells from Tiffany & Co., and whisked across the freshly fallen snow to the ballroom where the wedding would take place.

Those who had their own self-consciously rustic residences there—one of those shingled cottages, say, with touches of moss and lichen—went off to freshen up. The ladies had brought their historic jewels, diamond-tipped aigrettes for their hair, silk gloves. They had packed their newest and best dresses, although there were several despairing of being seen in gowns they had already been described as wearing over the course of what had been a rather unhappy season. The city’s most charmed socialite, Miss Elizabeth Holland, had met with a watery end right in the middle of it, and nobody had felt comfortable acting joyful since. The best people had been sitting around waiting for January, when they might finally escape for cruises in the Mediterranean and other points east. Now, so near New Year’s, with a blessed but unexpected fete on the horizon, the mood seemed likely to pick up again. One or two of the women mentioned, in low tones, as they dabbed perfume behind their ears, that the bride was reported to be wearing her mother’s dress in the ceremony, which would add a touch of humility to the proceed
ings. But then, that was a sweet tradition and did not excuse any lack of modishness on the part of the guests.

Down the middle of its famed parquet dance floor was an aisle, delineated with white rose petals, several inches deep. Bridal arches wrapped in chrysanthemums and lilies of the valley dominated the center of the room. As the guests began to file in, they whispered of the exquisiteness of the display and the high caliber of guests who had made sure of attending, even at such short notice, for the invitations had arrived only a few days before by hand delivery. There was Mrs. Astor, behind her dark veil, present despite the ill health that had kept her in for much of the season and prompted rumors that she was ready to abdicate her throne as queen of New York society. She rested on the arm of Harry Lehr, that winning bachelor, so often spoken of for his flare in leading cotillions and issuing bons mots.

There were the William Schoonmakers making their way to the front row, young Mrs. Schoonmaker—she was the second lady to wear that honorific—blowing kisses and adjusting her blond curls and ruby tiara all the way. There were the Frank Cuttings, whose only son, Edward “Teddy”
Cutting, was known to be such good friends with William’s son, Henry Schoonmaker, although since mid-December the two had been seen out together only a few times. There were Cornelius “Neily” Vanderbilt III and his wife, née Grace Wilson, who as a debutante was considered too “fast” and had nearly caused her husband to be disinherited. She looked regal now, in lace-trimmed velvet panne, her auburn hair done up in elaborate curls, as much a Vanderbilt as anyone. But for all the well-born people taking their seats there were several who were notably absent. For amongst those hundred or so guests—a far more selective list than the four hundred allowed into old Mrs. Astor’s ballroom—there was one great family unrepresented.

This omission was to many strange and, beneath the gentle string music that announced how very soon the ceremony would begin, one or two of the guests whispered about the absence. Meanwhile, the wind whistled around the building. The icicles hanging from the eaves glittered. The last guests to arrive were urged to take their seats, and then a set of groomsmen in black tails—not the shorn dinner jackets that were the namesake of the resort—moved purposefully to their places.

The last of them, Teddy Cutting, cast a glance back to be sure his friend was ready. As the music rose, the crowd nodded approvingly at the sight of Henry Schoonmaker, his dark hair
slicked to the side and his handsome face imbued with a new maturity, taking his place at the altar. Was that a touch of nervousness in his famously rakish features? Was it excitement or was it trepidation? Then he, and indeed every set of eyes in the room, looked down the aisle, where the loveliest debutantes of New York, dressed in glacier blue chiffon, began to emerge. They moved in a slow march, one by one, across the little mountain of rose petals toward the front of the ballroom, trying as best they could to put away their girlish smiles.

When the opening strains of Wagner’s processional played, the sylphlike bride appeared in the frame of the first flower-laden arch. The beauty of that girl was remarkable even to her family and friends murmuring in their seats. She was dressed in her mother’s bridal lace, and a massive bouquet of frothy whites tumbled from her clasped hands. Her emotions were obscured by her ornate veil, but she moved forward to the altar with a steady purpose.

It was just as she took her place across from Henry that the door swung open and a young member of the staff appeared, breathless, and whispered into the ear of the woman stationed at the entrance. A cold rush of air was followed by a quiet gasp and then an almost inaudible murmur. The intermittent whispers that had begun before the ceremony doubled, then tripled, and now created a low hum in the room even as the reverend cleared his throat and began the ceremony. The
groom’s dark eyes roamed across the room. Even the bride stiffened.

The reverend’s voice droned insistently on, but the faces of the assembled no longer seemed quite so placid or joyous. A growing discomfort had reached the privileged class even here, where it was warmly ensconced in its winter palace, even on the titillating verge of celebrating the union of two of its brightest members. The eyebrows of the guests were raised; their mouths were open. It was as though, suddenly, the wilds of that city that they’d left behind were not so very far away, after all. Something had happened, and it would forever alter how they remembered the last days of 1899.