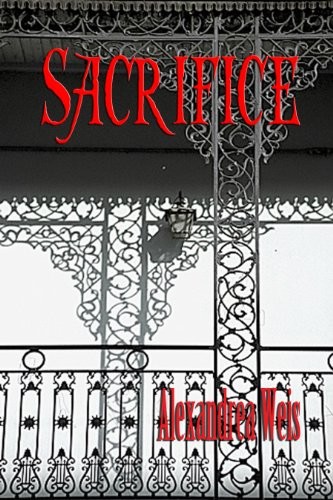 New Orleans. The city conjured up thoughts of Jazz bands, Mardi Gras, and drinking concoctions meant to impair logical thought and encourage uninhibited merriment. Despite the ravages of Katrina, tourists still came to see the old world sights and marvel at the modern day destruction, hoping to take part in the national frenzy to save one of the country’s oldest, and perhaps secretly, most admired city. Because only in New Orleans could you drink from a plastic cup while dancing in the streets, eat your way through the best the Gulf of Mexico had to offer, wear plastic beaded jewelry like it was some family heirloom, and be embraced by the locals as if you were their long lost child. One could always count on having a good time, and remembering very little of it. Your sins may stay in Las Vegas, but your heart would always yearn for the effortless charm and warm Southern breezes of the city that care forgot.

I was back in my beloved hometown to celebrate the wedding of my quirky cousin, Colleen. We had both grown up beneath the scrutinizing gaze of New Orleans society, and had never done what was expected of us. I had studied for a career in nursing, an occupation deemed unsuitable for a woman of my financial worth and marriage potential. My cousin had pursued her own interests in boys, booze, and bad choices, making her a less suitable match for men of a certain social standing. But we had emerged from our closed-minded backgrounds to find our own way in the world without heeding the advice of the “old guard”–the older well-established ladies in our circle of society who thought they knew what was best for everyone else. Colleen had found a caring man in her redheaded groom, Ray Phillips. She had finally put her unhappy first marriage to the socially prominent, but abusive, Eddie Fallon, behind her. I thought on that day I would also be celebrating my reprieve from the past, but as I stood among the jubilant wedding party in the lavender and cream decorated Riverview Room of the Hotel Monteleone, a sense of dread swept through my body.

A tight knot formed in the pit of my gut as my heart pounded and my hands became clammy. My mind filled with images from earlier in the day. I thought I had seen a familiar figure strolling through Jackson Square just as the wedding guests had been departing St. Louis Cathedral. Had I really seen the face of David Alexander in the crowd? My logical mind balked at such an idea. David was dead, murdered almost three years ago by the deranged psychiatrist, and my former fiancé, Dr. Michael Fagles. Maybe I had only imagined my lost love strolling about the French Quarter. But why on this day, of all days, had I seen David Alexander?

The sound of loud sucking laughter suddenly distracted me.

“
The Hoover looks happy,” my father said as he came up alongside of me.

I shook my head. “Dad, stop calling them that.” Hoover was the name my father had given my Aunt Hattie and her only daughter, Colleen, as a result of the sucking noise they made whenever they laughed.

My father looked dashing in his black tuxedo and red cummerbund. Then I saw a glint of concern flash across his green eyes.

“
You have been somewhere else this entire evening, Nicci.” He put a caring arm around my shoulders. “Is your sullen mood because of Colleen’s latest creation,” he said as he looked down at my purple satin bridesmaid dress. “Or is something else going on?”

I glanced down at my dress and laughed. “Uncle Lance was right. I do look like an eggplant.”

“
Has something happened between you and Dallas?” he persisted.

I stepped out from under his arm. “You’re prying, Dad.”

A startled look of surprise crossed his pale face. “This isn’t you, Nicci. What’s going on? Did you two have a fight?”

I rolled my eyes. “Why do you, and everyone else in my life, assume that when I’m preoccupied it has something to do with Dallas? Perhaps I’m concerned about my new book coming out next month, or maybe I’m just worried about the effects of global warming.”

“
Global warming?” My father laughed. “Now I know something is wrong.” He studied me for what felt like an eternity. “When Dallas left New Orleans last January, you were the one who went to New York and convinced him not to give up on your relationship. You wanted him then, so what has changed?” He turned away and shrugged. “I don’t understand why you just don’t marry Dallas. You can’t keep putting the man off forever, Nicci. You two have been through so much together.”

“
Are you talking about our being hunted down and almost killed damn near six months ago?”

My father frowned at me. “We said we were never going to mention that incident again.”

“
No, Dad, you said you never wanted to mention that incident again. Ignoring what happened doesn’t make it go away.”

“
Maybe it would be best if we could all just forget about what Michael Fagles almost did to you and Dallas,” he suggested. “After everything he admitted doing to David, I think everyone would be better off forgetting the sick son of a bitch ever existed.”

“
Yes, but if it hadn’t been for Michael, I might never have met Dallas.”

My father stared at me. “How can you say something like that? I still have nightmares about what almost happened to you that night in Hammond. But you don’t seem to be the slightest bit affected by any of it. Most people would be traumatized by having to kill someone. They’d have nightmares, anxiety attacks or—”

“
What do you expect me to do? Have a breakdown?” I raised my voice slightly and said, “There are a lot of things about that night that you don’t understand.”

I could not find the strength to tell him that I was not the one who had killed Michael Fagles. A bullet from a .357 Magnum had been pulled from Michael’s body during the autopsy. A gun neither Dallas, nor I, had in our possession on the night Michael was killed. Someone else had been inside my house the night Michael had attempted to murder Dallas and me. And that someone had taken out the enraged doctor with a single shot to the head, fired at the exact time I had pulled the trigger on my gun.

“
Jesus, Billy.” Uncle Lance stepped in between my father and me. “What in the hell are you two yelling about?” he inquired.

My father looked nervously from me to his brother. “We were, ah, just discussing Nicci’s new book.”

My father’s green eyes eagerly searched the room surrounding us. The lines embedded across his forehead made him look older than his brother, even though he was the younger of the two. My father’s face had none of my uncle’s handsome features and his receding head of gray hair contrasted sharply with his brother’s thick, wavy, brown mane. The years of running the family business, Beauvoir Scrap Metal, had made my father look worn out and run down. Whereas my Uncle Lance’s tan, square face held not the slightest hint of his true age. Years of hedonistic fun, too much alcohol, and five failed marriages had seemed to youthen my uncle, while it had simultaneously aged my father.

Uncle Lance eyed my father up and down. “You’re a terrible liar, Billy.”

I sighed and shook my head. “We were talking about Michael.”

Uncle Lance laughed. “Why on earth were you talking about the moron? Don’t tell me he’s in your new book?”

My uncle shrugged. “What in the hell is the matter with you?”

“
Dad thinks I have unresolved issues about what happened in Hammond last January,” I explained.

Uncle Lance frowned at my father. “So what? I’ve got more unresolved issues than either one of you, but I don’t go around announcing them in public.”

“
I’m simply trying to help her get over what happened,” Dad insisted.

Uncle Lance laughed. “What are you trying to help her get over? David’s murder or killing Michael?”

“
Both. I want her to have a fresh start,” Dad insisted as he turned back to his brother. “She has a chance at a new life with Dallas and I don’t want to see her screw that up.”

I looked over to my father. “You think if I forget about David and Michael then I’ll want settle down with Dallas?”

My father eyes were round and pleading. “Yes!” he yelled. “Look at all that you’ve been through. If you could just get over David’s murder and the shooting.” He stopped and ran his hands over his face. “Nicci,” he said gentling his voice. “I think, no, I believe that all of your apprehension about marrying Dallas, about planning a future together, stems from your inability to deal with killing Michael.”

Uncle Lance laughed as he folded his arms across his chest. “What are you channeling the moron now for psychological advice?”

I shook my head impatiently. “My reluctance to marry Dallas has nothing to do with David or Michael. Maybe I’m just in no rush to get married!”

“
I have yet to meet a woman not in a rush to get married. But it’s usually to me,” Uncle Lance admitted with a grin. “And for the record, kid, I don’t care one way or the other about your marrying Dallas.” My uncle winked at me. “Marriage isn’t all it’s cracked up to be.”

“
That coming from a man who makes Henry the VIII look like a model husband.” My father waved his hand at his brother. “Lance, nobody invited you into this conversation and—”

“
Hey,” a throaty feminine voice said, cutting off my father. “You two want to take it outside.”

Draped in a gray chiffon dress with a flowing train, Val Easterling eased her way up to our group and placed herself in between my father and uncle. She was a round, vibrant woman with silver hair, a vivacious laugh, and raucous sense of humor. A self-made widow with more clout than a Louisiana politician, Val was the woman to know in the city of New Orleans.

“
What’s all the yelling about?” she asked as her bright blue eyes curiously studied both men.

Uncle Lance grinned. “We were talking about Nicci killing the moron.”

I closed my eyes and tried to stifle my groan.

My father’s face turned red. “Lance, of all the callous and offensive things to say. You have got to— “

“
Give it a rest, Bill,” Val suggested. “The entire city is still talking about what happened. All I’ve heard at every party this season is how the crazy psychiatrist killed David to get Nicci back. And then everyone wants to speculate about what happened when the moron tried to off Dallas and Nicci that night in Hammond. The gossip mongers have talked of little else for months now.”

Thorazine Beach by Bradley Harris
Bad Doctor by Locke, John
Torn in Two by Ryanne Hawk
Breath of Fire by Liliana Hart
The Cipher by Koja, Kathe
The Immortals by Amit Chaudhuri
Mad About the Marquess (Highland Brides Book 2) by Elizabeth Essex
Why My Third Husband Will Be A Dog by Lisa Scottoline
Indiscretion: Volume Three (Indiscretion #3) by Elisabeth Grace
The Night Gardener by Jonathan Auxier