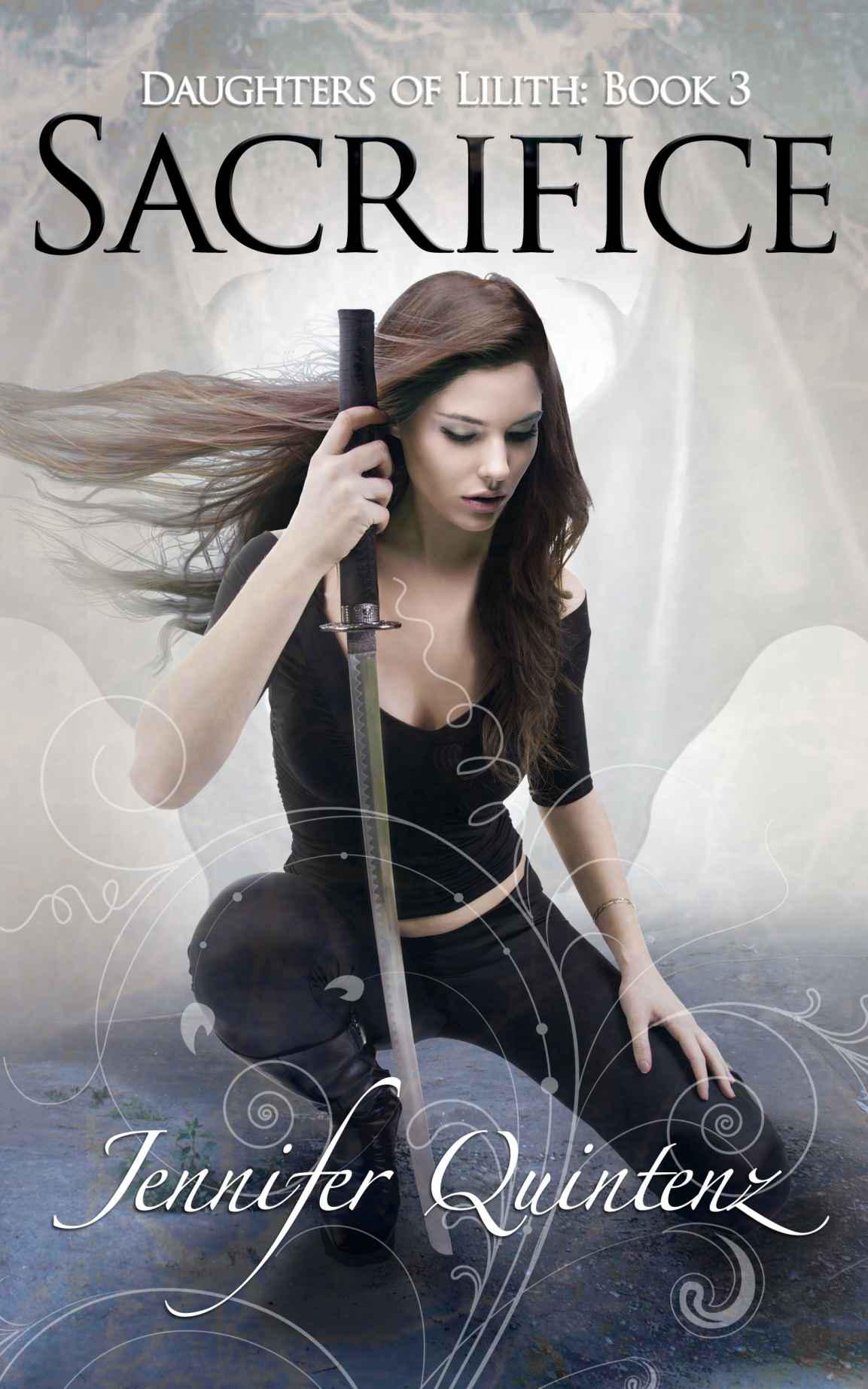 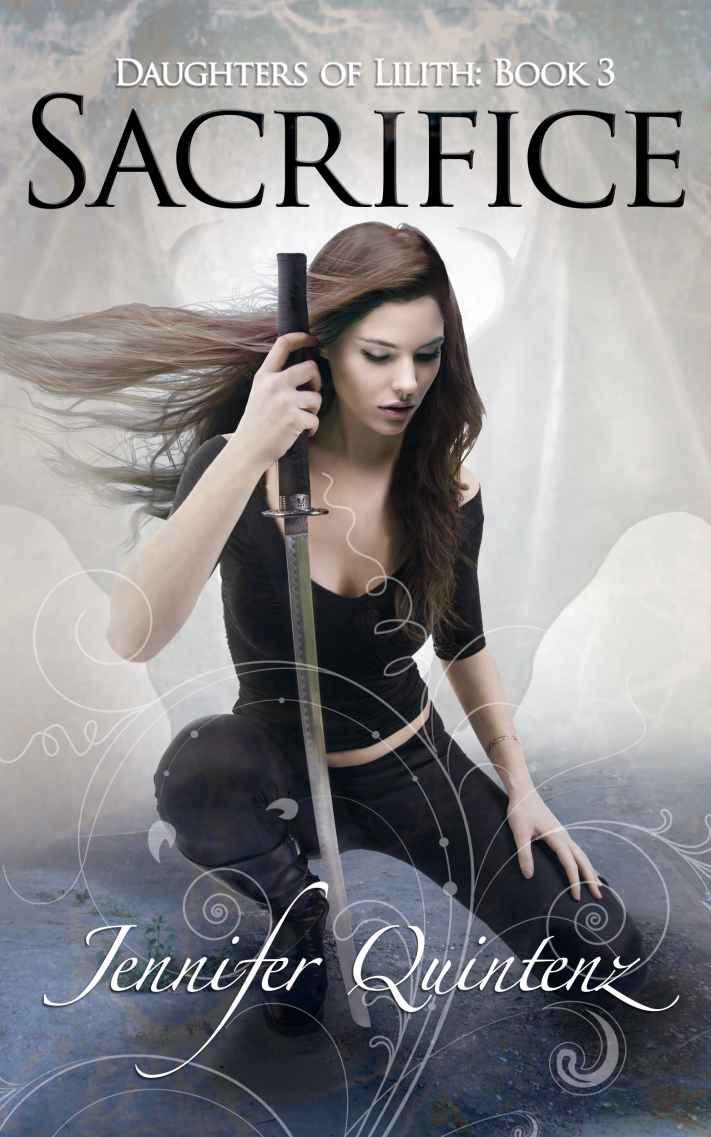 "Before you even start this review, put down anything you are doing and go read Thrall. It's AMAZING! BREATHTAKING! Engaging and smart, Thrall leaves you speechless!"
- Savannah, Books With Bite

"The writing style is so smooth, yet gripping. Add some good characters, well-paced story and you have something that I like. No, not like. Love... No surprise that “Thrall” gets full five stars and the highest recommendations I can give."
- Linda, The Fantasy Librarian

"How do I even begin to put all the crazy, gushy, ramblings in my brain about this book onto paper?!? Where to even begin?....This book is a MUST read!"
- Hooked In A Book review on Amazon.com

"If you like gutsy fantasy of the urban variety this should definitely be on your 'must read' list. Don't let the YA label put you off either, like all the best YA fiction, this can be enjoyed by adults as well. I give it an unreserved 5 stars."
- Tahlia, Awesome Indies

"This is one of those books that I have been looking forward to since June of last year... I loved this book and I'm so happy I finally got to read it. I recommend the entire series for the fully developed characters, the impressive mythology, and the fight scenes. I am dreading waiting for the next book."
- David, David-Reviews.com

"Great reading. LOVE IT. Jennifer Quintenz is a special writer who can be very riveting... Spent several sleepless nights in a crazy rush to see how it ends. Can't wait for the next books."
- Terri, review on Amazon.com

To Mom, an amazing beta-reader,
cheerleader, and friend.

This is book three, so if you've read these acknowledgements, you know the usual suspects by now.

I am, as ever, indebted to my parents for first encouraging my creative endeavors. My sister, Amanda, lets me talk her ear off about my plans for Braedyn and her crew (even though she hates spoilers). My husband, James, continues to give me the irreplaceable gift of time to write. And Asher keeps me laughing, even when I'm bogged down in story woes.

I'm also continually amazed and astounded by the talent and devotion of some incredible friends. They have offered notes and feedback on all stages of this project from outline to final draft. Marc, Bethany, David, Barbara, thank you all for sharing your insights. I learned a long time ago that if someone gives you a good idea, you should take it and run with it. You have all contributed to this world and this particular story, and it's better because of you.

The earth quakes before them;
the heavens tremble.
The sun and the moon are darkened,
and the stars withdraw their shining.
- Joel 2:10

Color bled out of the sky, casting everything in the indigo glow of twilight. It was a tranquil moment, perfectly balanced between day and night—a moment full of promise. Lucas shifted toward me, and the world around us seemed to drop away, fading into the shadows at the edge of my perception.

His fingers brushed the hair back from my face. I bit my lip. Lucas pulled back to study my face.

“What’s wrong?” His eyes shone, shifting from gold to green as he held me.

My heart beat a wild staccato rhythm against my ribcage. “Are you sure about this?”

In answer, his lips brushed against my ear, sending another shiver across the surface of my skin. His fingers traced the line of my jaw, catching my chin lightly, tilting my face up. Even knowing this was what we had planned, what we both wanted, I hesitated. Lucas stopped, waiting for me to decide.

Then I moved, and our lips brushed.

Sensation roiled through me like molten gold, shooting white-hot licks of fire into my veins… only it didn’t hurt. The flame it kindled was intoxicating in its warmth. I let it burn. An involuntary reflex, my fingers tightened around him.

Lucas let out a soft moan. He shifted his weight, pulling me down onto the soft grass beside him. I encircled his neck with my arms, pulling him closer. He shifted again, and I moved with him. The warmth of him—the weight of him—it felt right. Natural. Like this moment was meant to be.

We broke the kiss, breathless. I smiled up into his eyes, feeling weirdly bashful. Lucas gave me an equally shy smile.

Wordlessly, I tugged at the fabric of his t-shirt. Lucas shifted, helping me pull his shirt off. My eyes dropped to his chest. I felt a slow blush burning in my cheeks. Look, I knew Lucas was fit. We trained hard enough with Hale and the others that we were both lean and strong. But knowing it, and seeing it in the flesh…? Two very different things.

Lucas smiled. Amusement played around the corners of his mouth. “Do you need a minute?”

I punched Lucas in the shoulder. He laughed out loud. I sprang, rolling him over, straddling him, pinning his wrists to the ground. My hair hung down around us in a silky curtain. Lucas’s eyes twinkled. He didn’t resist.

I smiled down into his face. “I think you overestimate your effect on the ladies, mister.”

Lucas gave me an infuriating grin in response. “All evidence to the contrary.”

I released his wrists and started to withdraw. Lucas caught me around the waist and kept me from escaping. He sat up, meeting my eyes. In his gaze, I saw a smoky intensity that stole my breath. His smile faded.

His gaze dropped to the buttons of my shirt. Gingerly, he lifted his hands and undid the first button. When he had worked it free, he glanced up with a question in his eyes. I reached for the second button, pulling it free. We worked together, until my blouse hung open.

A muscle jumped along Lucas’s jaw. Slowly, and ever so gently, Lucas lifted a hand to slide the blouse off my shoulders. I felt the cool evening air wash across my skin. Lucas traced his finger along one satin bra strap.

He pulled me close, pressing me to his chest. I melted into his embrace, relishing the feel of his skin against mine. Lucas lay back down on the grass. I curled myself against his side, running my fingers lightly down the firmness of his stomach. My hand hesitated at the button of his jeans.

Lucas watched me, waiting. “We don’t have to do anything you’re not comfortable—”

I covered his mouth in another kiss, drowning out his words. Another swell of fire rose inside of me. Lucas responded, curling one hand in the soft tangle of my hair. Without breaking our kiss, I slid my hand back down his stomach, seeking the top of his jeans. My fingers strained to work his top button free—

“Wake up.” Gretchen’s voice cut through the haze of my desire.

I pulled back, suddenly cold. The world around us flared into bright daylight.

“What’s wrong?” Lucas looked at me, startled. He rose to his elbows, squinting against the sudden brightness.

Lucas studied me, concerned. He couldn’t hear her voice.

“Gretchen needs me.” I felt a sudden urge to smooth my hair and straighten my clothes, which—of course—was completely unnecessary.

I leaned forward and gave him one more kiss. “We’ll have to pick this up la—”

I lurched awake with a ragged gasp of surprise. Fingers of icy liquid clawed through my hair and down the neck of my shirt. It wouldn’t have been a great feeling anywhere, but it was especially unpleasant in the frigid night air of the stone mission. “Gretchen?!”

“The Seal.” Gretchen eyed me grimly, holding an empty-and-dripping soda cup in one hand. She turned. I forced my anger aside and followed her gaze.

We were sitting against one of the large stone columns ringing the sanctuary of the old mission of Puerto Escondido. Beyond us, blending almost seamlessly into the stone floor, was the gateway between this world and the realm of the Lilitu. For thousands of years, the Seal had kept the beautiful demons out of our world. Now, it stood open.

It had been three weeks since the Seal had been breached. The Guard stationed soldiers and spotters here around the clock to watch for escaping Lilitu. But in those three weeks, we hadn’t seen so much as a shadow cross the Seal’s perimeter.

I stood. Gretchen was at my side in a moment.

“What is that?” I strained, trying to force my eyes to focus on a smear of shadow marring the air above the Seal.

“I was hoping you could tell me.” Gretchen kept her voice low. I could sense her shifting her weight, and out of the corner of my eye I caught the gleam of her Guardsmen’s daggers.

Following suit, I drew my daggers out of the sheath I’d strapped to my jeans earlier in the evening. They came free in a soft
ssshhing
. I pressed the daggers’ hidden release and the two blades sprang free of one another, revealing two cruel, serpentine edges. One dagger in each hand, I stepped closer to the Seal, hoping to get a clearer view.

It was like trying to make out the image in a blurry photograph. No matter how my eyes tried to adjust, the smear of shadow wouldn’t come into sharp focus.

“Something’s in there.” I glanced at Gretchen and saw the grim set of her lips. She saw it, too. Movement at the edges of the mission’s dim sanctuary caught my eye. Three Guardsmen had seen us approach the Seal. They straightened, drawing their own daggers. Three.
Only three
. I glanced at Gretchen, keeping my voice low. “Where are the rest of the soldiers?”

I nodded, frowning. Every hour, Guardsmen would walk the perimeter, leaving three of their fellows behind to guard the Seal alongside the spotters. They mostly chased away high school kids and college kids looking for a private place to hang out or drink. It only took about five minutes, but it was worth it to keep clueless civilians away.

Gretchen motioned for the Guardsmen to keep their distance from the Seal.

Misgiving shifted in my stomach. “Maybe we should hold back until the others get back from patrolling—”

It leapt through the smear of shadow. Adrenaline shot through my system as my brain struggled to process fragments of the scene before me. Long brown hair streamed back from her face. Silvery claws extended from her fingers, glinting even in this dim light. And her eyes—black and soulless as a shark’s—were fixed squarely on me.

Cold by Smolens, John
Domino by Chris Barnhart
Pretty Lady by Marian Babson
Campaigning for Christopher by Katy Regnery
Save Me From Myself by Stacey Mosteller
Birth School Metallica Death - Vol I by Paul Brannigan, Ian Winwood
Hold On! - Season 1 by Peter Darley
Black Scar by Karyn Gerrard
Lindsey Kelk 5-Book 'I Heart...' Collection by Lindsey Kelk
Enemy Mine by Karin Harlow