Read Saint Kate of the Cupcake: The Dangers of Lust and Baking Online

Saint Kate of the Cupcake: The Dangers of Lust and Baking 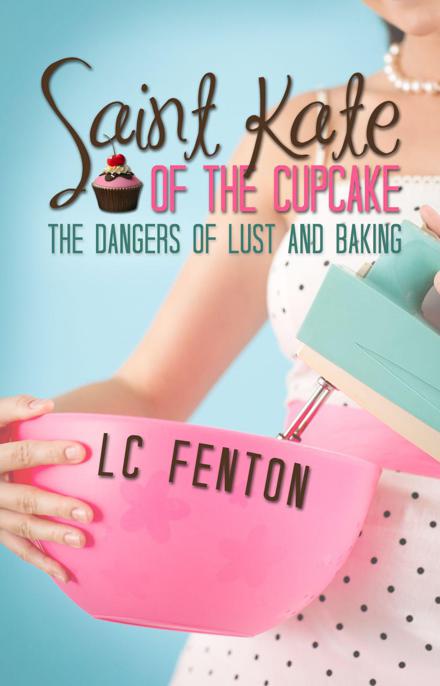 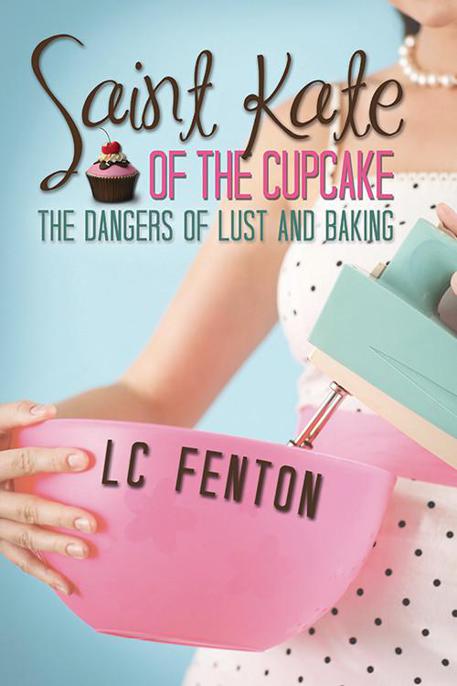 Saint Kate of the Cupcake:
The Dangers of Lust and Baking

Saint Kate of the Cupcake: The Dangers of Lust and Baking , Copyright © 2014 by L.C. Fenton

Saint Kate of the Cupcake: The Dangers of Lust and Baking / L.C. Fenton – 1st ed

To my wonderful husband, Sean, who looked after the kids
while I gallivanted around the UK doing research.
I think we are both very happy that this book
is a product of my imagination and not reality.

“Regret is the price we pay for choice.”
~Alain De Botton

H
OW
D
O
Y
OU
C
REATE
a fabulous chocolate cake? That I know, and several ways of varying complexity to do it. How do you implode a marriage? That’s a much more difficult question. I think there are even more ways to do it than there are chocolate cake recipes, and there are more than enough of those. I do know how I successfully blew up my own. I can’t take exclusive credit for it, nothing that spectacular is a solo job, but I certainly laid my share of the explosives and lit the fuse that finally set it off. Taking a lover would generally be enough, but as usual, I had to go that little bit further. Why burn the bridge when you can use a nuclear weapon to reduce it to its component atoms?

This is not a how-to guide—I cannot recommend my own course of action as a good way to go about it; this is merely my attempt to justify the unjustifiable. After all, monogamy is supposed to be the correct and honorable way to conduct a marriage, and there are no excuses, never ever. If you are unhappy, you are supposed to realize it and face it head-on like an adult, opening up all the dark, dank crevasses of your soul for examination at marriage counseling and allow the bitter healing to commence. No one is supposed to lie or cheat or fall out of love. But outside the hundred-odd minutes of a formulaic Hollywood movie, it’s hard to distinguish the goodies from the baddies, and few things are that black and white.

As a cautionary tale, this may have some merit, or would if I was a better wife and there wasn’t a small part of me that was secretly, nihilistically, unrepentant of my part in it. I look back at my decisions, and there are few that I wouldn’t have made again, and again, a hundred times over. Even those truths we both tried to hide that were so brutally exposed, for my part I’d rather have known than still be in the dark, though surely my husband wishes the opposite. It all seems so inevitable, really; the start of our decline began almost from the start, so many years ago. The dance just had to be completed for the music to stop.

My job, ironically, is as a beacon of conservative domesticity. I write popular books on baking, selling a version of my life that is glossy and perfect, an air-brushed hologram of reality, with a nice sideline in kitchenware. But it is work, and I find it fulfilling, and despite the weariness I feel at maintaining what is a fragile façade of a life, I have little choice. If this became public, it would not only be humiliating, but potentially financially ruinous. Our twin boys are also at a terrifyingly expensive public school, which we can only manage with the help of my mother-in-law, who would not countenance a divorce. My husband wants to stay married for them, and to maintain our lifestyle, but in name only because he can never forgive me. So, that is my choice: stay married to the man who cannot stand me, or leave and try to salvage some self-respect but disrupt the lives of everyone. What price should have to be paid for being able to meet your own eyes in the mirror each day?

Perhaps I should start with how my husband and I met, when we were young and sure of the world and where we fit into it.

I
N
M
Y
L
AST
Y
EAR
O
F
S
CHOOL
, I’d had my life worked out. I knew exactly what I wanted. I was confident and certain that I would have a brilliant career in my chosen field. In the way of these things, though, they are never quite as you imagine them. I studied hard for my school-leaving exams, made the entry into an Arts/Law degree at university, and set off down the path that would, of course, lead to a stellar and satisfying career as a lawyer and, ultimately, partner in a first-tier law firm. My law results were good, though not outstanding, but enough to land me a job with the firm of my choice before I had even finished.

Then I graduated and started work in my dream job. I was so excited, and I certainly looked the part in my black pinstripe suit and Prada glasses. But all too soon I began to feel the creeping disillusionment of working in a big law office. The long hours, the pressure and the monotony of it, along with the lingering whiff of misogyny left a bad taste in my mouth. Even in a room of my peers, I was expected to pour the coffee, and several of the partners felt free to leer at me at Friday night drinks and, after a few too many whiskys, would go for the grope if they thought no one would see it. There was no point in complaining about it, unless you wanted a fast end to your career. You might win the sexual harassment suit, but you’d never get another job. They couldn’t fire you, but there were corners they could push you into so deep and work so awful you would be forced to leave before it destroyed your soul.

It took only six months of being a lawyer until I couldn’t think of anything I’d less like to do for the rest of my life, but by then I was trapped. I had worked too long and hard to get to where I was, and I had never envisioned a Plan B, but I needed to escape. As many Australians do when faced with this exact situation, I moved to London as soon as I could.

The plan was to work for a few years and travel whenever possible to make being a lawyer bearable, together with the vain hope that things might be different in another country. I lived in a tiny flat in Kensington with a friend from university, Megan. We were both working in the legal departments of large multi-nationals in unexciting fields, drones rather than queen bees—or even queen bees in the making. The hours were long, but not exceptionally so, little was urgent or innovative, and most of my work involved looking over contracts which differed only minutely from each other.

While I had many friendly acquaintances, mostly through work, I hadn’t made too many friends amongst the natives. There wasn’t a huge amount in it for them, given that everyone understood that the migration was temporary and the Australians and South Africans would eventually go home to roost and breed. There were also so many of us around that there was nothing exciting or exotic to pique the interest of the locals. The exception was the occasional male, interested in relations of the brief but intimate kind, which was how, in a roundabout way, I came to meet my husband, Jack.

Andrew Plimpton worked in the property division of the same company and had been making overtures so subtle, it took me a while to realize that was what he was doing.

“Umm…yes. Same as yesterday,” I answered, my voice cheerful as I kept going with my work. It’s not like I needed to give all my attention to a conversation about the weather, which this summer was all gray and rain every day. The weather forecast spoke of “periods of lightening,” which I when I first arrived I thought meant there was going to be an electrical storm, but turns out just meant that the clouds lifted a little. I guess when the weather is so monotonous, even that is noteworthy.

The Highwayman's Curse by Nicola Morgan
Richard Scarry's Bedtime Stories by Richard Scarry
Holding Up the Universe by Jennifer Niven
Devon Delaney Should Totally Know Better by Barnholdt, Lauren, Nathalie Dion
The Fall of Never by Ronald Malfi
Crimson Sunrise by Saare, J. A.
Confessions of a Wild Child by Jackie Collins
Her Husband’s Lover by Ellis, Madelynne
Mumbaistan by Piyush Jha
The Heavenly Host (Demons of Astlan Book 2) by J. Langland