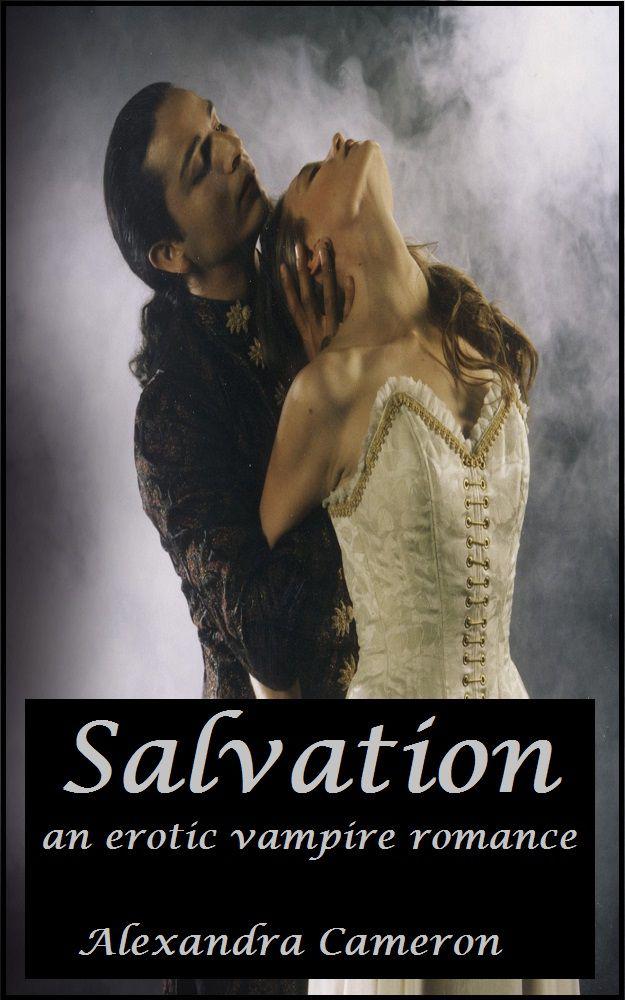 Elizabeth
Elizabeth ran through the deserted streets of London, terror and panic coursing through her veins.
Her feet kept slipping on the white snow as she desperately tried to make her escape.

Had she?
Earlier that afternoon she had pickpocketed his watch in a small alleyway and run fast. She needed to eat. She had run until she came to her pawnbroker, who took the watch from her gladly.

Had she really thought she had a chance?
“For one, tiny moment,” she murmured quietly.

“Silly
little Lizzie,” he laughed into her neck before sinking his teeth into her throat.
~
“Hello, little Lizzie…”, the voice murmured as she woke. The crazy voice of the monster. “Little Lizzie, sweet little Lizzie…”
Elizabeth opened her eyes and found herself staring into his face. He was handsome when he wasn’t baring his fangs, when his dark eyes didn’t have a crazy gleam to them.
She realised that her wrists were bound and chained to the ceiling and she could only just touch the floor with the balls of her toes. She was helpless, swinging in the air.

His
dark face before her.
She swung there in front of him, needing a moment to fully understand the situation. Why was she still alive?

“Am I
… am I a vampire?”
His lips warped. She wasn’t sure if it was supposed to be a smile.

“No,” he answered,
quite seriously. There was no more crazy there, no madness in his eyes. “You’re something even better,” he continued as his cold fingers reached out to touch her bare stomach.
She was naked, Elizabeth realised in surprise. Naked and … different. She stared down at herself in amazement. Her thin, half-starved body had filled out. She was glowing. Where previously she’d been flat-chested, she now had round, firm, breasts. Her usually pale and frail looking skin was glowing with a healthiness it had never known before. Even her nipples had a wonderful, healthy pink colour to them.
She had beautiful, magnificent breasts. So full and wonderful and firm.
She wanted to touch them, feel them, grab them. She tried to reach down with her arm, but her restraints would not allow it. The rattling of the chains filled the air.
“You will become a vampire when I exchange our blood. The first bite only makes you a little … inhuman,” the vampire was explaining with a voice that flowed like honey over a razor blade. Sweet and sharp.
She closed her eyes. Inhuman … demonic. She was damned. Damned. No heaven after death, just a slave at the mercy of a monster.

“Sweet, little
Lizzie,” he hummed as his fingers slid further down over her naked stomach. They touched the top of her mound. “You could be happy if you stopped resisting.”

…and lead me not into temptation…
“No more hunger, no more cold, no pain. Just lust.”
...but deliver me from evil...
“Lust that rushes through your body like a drug, sweet, innocent, Lizzie.” His fingers played lightly with her pubic hair, touched her outer labia.
...for thine is the Kingdom...
A wave of heat as clear and sharp as the icy chill of the streets rushed through her.
Wetness was waiting for him as his fingers slipped between her labia.

“Lust
that will give you your purpose in life, suck you in and spit you out again happy. Lust, so wonderfully warm and satisfying. Never again will you have to think about pain and suffering.”
...the power and the...
She pressed her eyes closely shut, closed her legs, tried to escape from his caress, but his fingers were so soft, so wonderfully gentle. He ignored her resistance with a light touch on her clitoris, just a small, light touch.
Hot, damp feelings were rising inside her. She couldn’t stop it. Arousal was taking her will from her. It felt so good to be held for once. To finally feel the strong, protective hands of a man.
Protective?
Yes, she thought, in her semi-consciousness. He was so gentle, so loving. He would never hurt her, or let anyone else hurt her. His voice was so beautiful. So clear and pure, like a fresh spring breeze in the midst of the dirty city. His touch was like that of an angel.

She
fell, fell into the depths of enjoyment. The pleasure of his touch, of his soft, warm voice, his seduction. Fell into…
...the glory!
She felt lost as she found herself slightly, just slightly, voluntarily opening her legs. Welcoming his fingers inside. A second finger slipped between her labia, touched her clit. His fingers slid over it, down to her untouched opening. They drew circles around it, small, light circles. She felt dizzy.
She opened her legs a little wider, giving him space to keep going. Yes, keep going. Please, keep going.
He did so, his fingertips finding their way inside her, pushing through the opening of her body. This unfamiliar, thick rubbing of his fingers felt huge to her. It hurt a little, but also increased her arousal. She felt lightheaded, she was sweating, the blood was roaring in her ears, in her jugular. He softly kissed her on the throat, on his bite mark. She shuddered.
His fingers rotated deeply inside her. Her body jerked.
The next moment, it had all stopped. She opened her eyes. He was gone.
There was a light breeze in the room where he had been, but it was empty. She was hanging helplessly in a cellar, an archaic, ancient cellar carved out into the rocky soil. The walls were damp. The ceiling was dripping.
She was alone.
~
Alexander
Annoyed wasn’t the word for it. Alexander was angry. Livid. His body was ready to burst, he wanted nothing more than to return to Elizabeth and thrust into her innocent body.
He didn’t want to have to deal with this shit. Of course that bitch would summon him now. Now, just as he had driven his fingers into her wet opening. Of course she had chosen just this moment to summon him. Vampires loved interrupting you right when you had something better to do.
He had only reacted to her summons because he wanted her money. Needed it, actually. He had been living on the outskirts of society for centuries, had only dealt with wankers when he wanted to, but this time he had made a mistake. A huge mistake.
Whatever the books said, vampires were not rich simply because they were vampires. They have to earn their money just like everyone else if they want to have it to spend. Of course they don’t pay rent, they simply kill their landlords. Of course their food, their nourishment, is entirely free. Still, they have a very expensive lifestyle. Alexander found it simply repulsive to run wearing the clothing of dead people. That was what most of them did so they didn’t have to spend money on clothes. They killed victims who were about the same size as them. But Alexander refused to do that. Instead, he would send a human lackey to a tailor’s during the day and had him take care of it. It was expensive, but it was worth it. Even if he had huge financial problems right now. Most vampires, creatures and trolls either wore the torn, bloody, badly fitted clothing of their victims or nothing at all.
Alexander began making his way through the winding passageways of the dark, damp castle. He hated being back in this godforsaken place. At least his task was certainly a profitable one. Ice-blonde nymphs hopped through the passageways or pleasured themselves with the demons as he brushed past them. Half-animal hybrids were copulating everywhere with human or demonic creatures.
He came to a dimly lit chamber and observed the scene. His cock was still erect from his encounter with Elizabeth and the depraved orgy he saw before him did nothing to discourage it. To his left lay an elf writhing on the ground while four vampiric women indulged him. One of them was sucking his cock, another sat on his face, another let him stroke and massage her massive breasts, and the last licked everywhere else on his body that wasn’t accounted for.
His gaze moved on as he looked through the room. Another female vampire had all three of her orifices filled by three human slaves, while several other creatures were jerking off to the scene and ejaculating on her. Ghouls hovered nearby, pleasuring themselves. Close to a darkened window, six men were indulging in their own orgy, their skin covered with sweat. Creatures were biting and moaning and writhing all around him. The sound of screams, moans, the clapping and splashing of bodies, the whistling of whips, the clanking of chains, howling and whimpering filled the room.
But Alexander merely climbed over the writhing orgy of bodies and continued on his way, ignoring his gnawing lust.

The Impeachment of Abraham Lincoln by Stephen L. Carter
Mary and Lou and Rhoda and Ted: A History of the Mary Tyler Moore Show by Jennifer Keishin Armstrong
Casting Off by Emma Bamford
Dover Beach by Richard Bowker
Wings of Fire by Caris Roane
Muted Judgement (Legal thriller, thriller) by G. E. Mason
Milkweed Ladies by Louise McNeill
Rachel's Rebellion (Moss Bayou) by GiGi Duvall
It's All About the Bike by Robert Penn
Jumped In by Patrick Flores-Scott