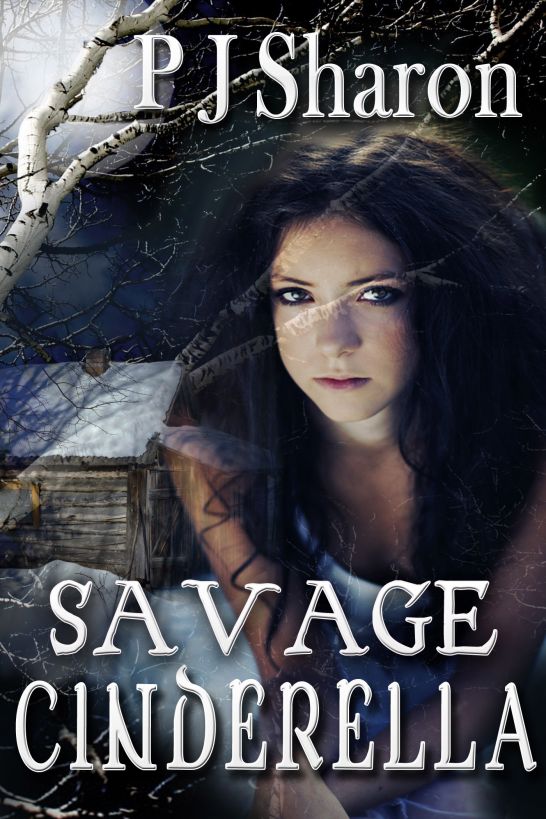 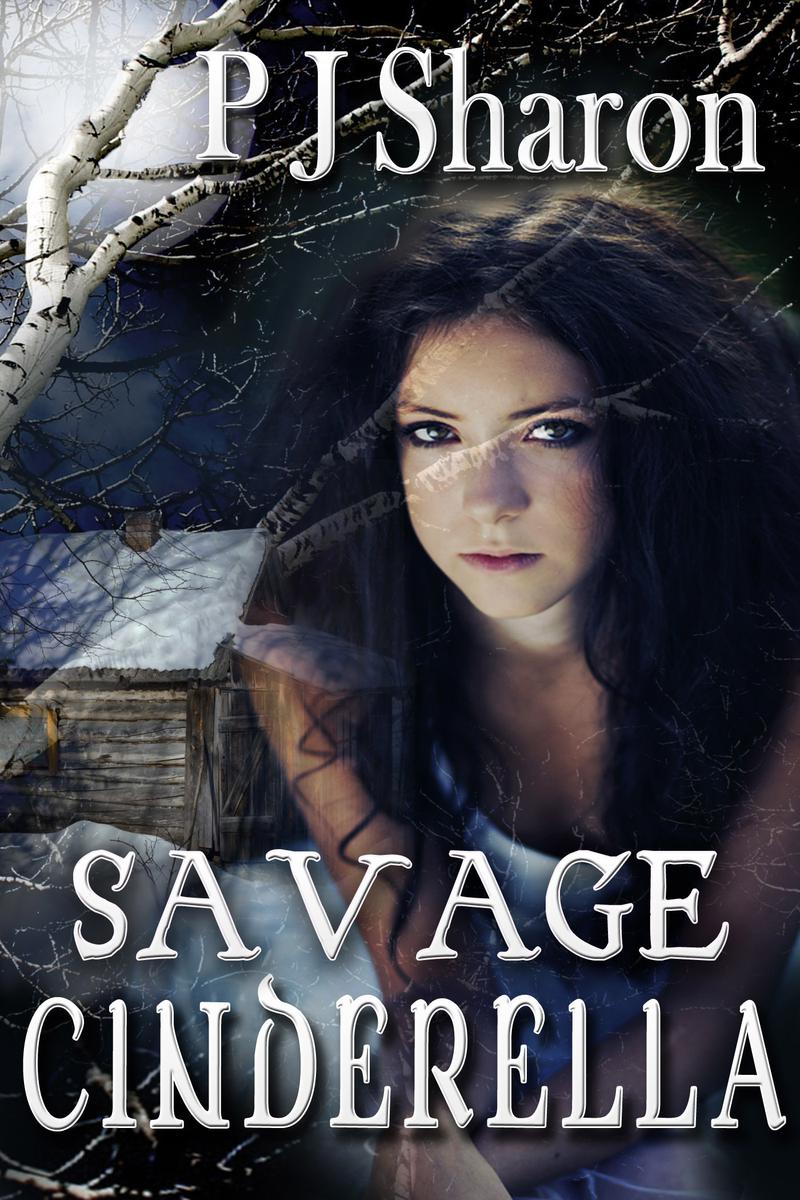 This book is a work of fiction. Names,
characters, places, and incidents are the product of the author’s
imagination or are used fictitiously. Any resemblance to actual
events, locales, business establishments, or persons, living or
dead, is coincidental.

All rights reserved. Except for use in any
review, or as permitted under the U.S. Copyright Act of 1976, no
part of this publication may be reproduced, distributed, or
transmitted in any form or by any means, or stored in a database or
retrieval system, without prior written permission from the author.
Please respect the hard work of the author and do not support
piracy.

I’d like to thank Jane Haertel for coming to
my rescue and editing at the last minute, my beta readers, Lorelei
Buzzetta and Gina Beach, for your invaluable feedback and
encouragement, and the supportive and brilliant Addy Overbeeke,
without whom none of this would be possible.

Huge shout out to the Connecticut Chapter of
the Romance Writers of America, who are ever faithful in sharing my
journey and cheering me on. Belonging to this group and making
friends with the talented and loving individuals I’ve come to know
has been the most unexpected gift of this journey.

I also have to say that without the support
and constant flow of information I receive from my online family, I
would have no clue as to how to go about this indie-publishing
career. Thanks to all of the fabulous people with the WG2E (Writers
Guide to E-Publishing), Indie-Romance Ink, Young Adult Romance
Writers of America, and We Are Not Alone (WANA minions). You folks
are an indie author’s best friends.

I wrote this story in the summer of 2009
after hiking in the woods with my dog and imagining what it would
have been like to grow up living in the wild. I immediately saw
Brinn and the questions began to flow. The answers that followed
took me on an amazing journey of discovery and healing I hadn’t
expected.

Brinn’s story of survival, of overcoming her
fear, and of finding a way to triumph over her past was as much of
an inspiration to me as I hope it is to you, my dear readers. I
wanted so much to do justice to the experiences of abuse survivors,
but I also wanted to express what I know to be true about the human
spirit. I believe that a person can overcome any obstacle if they
can find a way to open their heart to love and forgiveness. In no
way do I want to minimize the horrific effects of abuse or the
scars it leaves behind, but my hope is that Brinn’s story leaves
you with the understanding that where there is courage to face your
truth, there is hope for healing.

This book is dedicated to abuse survivors,
kidnap victims, and the families who refuse to give up on love.

He lifted the limp body out of the trunk,
wrapped the girl in a woolen blanket, and tossed her like a ragdoll
over his shoulder. She was still warm, but if she was alive, she
certainly wouldn't be for long. He had promised her that if she
tried to run away, she would be punished.

Why did they all insist on running? They knew
that he always kept his promises. He was, after all, a man of his
word. Pa had taught him the importance of that particular trait at
a very early age.

Surrounded by blackened woods, he yanked a
flashlight from his back pocket and closed the trunk, eliminating
the only light that pierced the pitch of predawn darkness. With the
click of a switch, a yellow beam broke the night and wavered across
the hardened gravel.

He glanced warily around once more. There
were no signs of life on the stretch of dirt road that extended
endlessly in either direction. He shifted his burden and turned
toward the woods. As he climbed, the cold spring mist in the Blue
Ridge Mountains settled over him. Perspiration soaked his clothes
and the chill reached deep into his bones, bringing a shiver to the
surface.

He made his way up the overgrown trail,
recalling how simple it had been to take her nearly two years
before. It was at a bustling dog park in Atlanta. The racket of
barking dogs, chattering women, and noisy children created
sufficient chaos for him to remain unnoticed as he watched and
waited. When the girl's mother, caught up in conversation with the
other uptight suburban housewives, turned her back on her
eight-year-old daughter, the girl was left ripe for the picking.
She was easily misled. A story about him losing his puppy drew her
away from the crowded playground without a second glance back at
her mother. Cloaked in plainness, his polite and pleasant demeanor
deceived the unsuspecting child. A thrill ran through him at the
memory. It was easy.

“
Not like this path,” he
muttered, which was treacherous in the darkness. His feet slipped
on the rocks, and he stumbled on the steep slope. He was miles from
anywhere. Even the dirt road that led him here was narrow and
rutted from spring rains and flooding. Her body might not be found
for months or years, if ever, he mused with grim satisfaction. He
shifted his bundle again, securing his hold around the backs of her
knees, her shoeless feet poking out from under the
blanket.

He’d given her fair warning about attempting
escape. Where the hell had she thought she was going anyway? He’d
convinced her that her parents were dead—killed in an accident. Why
else would no one come for her? He told her that no one was looking
for her, no one wanted her, and no one would come after her—except
for him. He could manipulate a child into believing anything—even
that he was a cop. His night watchman’s uniform and handcuffs
instilled fear and mistrust of police into the mind of the girl
that he had kept locked away in the tiny room of his secluded
farmhouse.

A tremor of doubt ran along his skin in the
cold rain. Her mind was strong. She’d resisted more than the
others. Then he smiled, remembering the look of disappointment and
fear in her eyes when he’d caught her. The image brought a flush of
warmth back into his bones. A spike of adrenaline raced along his
flesh. Driven by her fear, his need for power consumed him. She’d
eventually believed everything he’d told her. Repetition was the
key. But she was getting older and smarter. That look of fear was
turning to one of defiance. If she had succeeded in escaping, it
would have ruined everything.

Winded by the hike into the hills, he decided
he had come far enough. He shone the flashlight around the clearing
in the dense stand of pines and dropped the body into a small
depression in the ground. A small groan escaped the girl’s
lips.

He stared down at the motionless form, the
girl’s long black hair obscuring the lily-white face and sharp blue
eyes that often held a mutinous rage—a look that screamed that
there was a part of her that he could never have. He wiped the rain
and sweat from his brow, and zipped his jacket up under his chin,
surveying the small clearing to ensure he’d left no evidence of his
presence. The ground was soft and thick with wet pine needles and
decaying leaves. She wouldn’t last long in this weather. The
elements or the animals would finish her off.

He took one last look at the bruised and
battered body and grumbled. Kicking dirt and leaves over her, he
turned his back on the small mound. He headed back down the
mountain, already planning his next abduction and relishing the
thought. It was May. The kids would be out of school in a few weeks
and the parks would be teeming with fresh young faces. Shrugging
off the image of wide blue eyes and long dark hair, he reminded
himself that he didn’t need her. There were others.

His clothes were soaked through by the time
he reached the road. He could always count on the rain up in
Georgia's Northwest High Country. His trail would fade before
morning light and the body of the girl he had taken would disappear
from the world forever.

Catch Me If You Can

Icy water lapped at Brinn's legs. She sat on
her heels, motionless in the shallow stream as the current tickled
along her skin. She watched and waited. Trout moved slower at the
edge of the creek. Some days, they hovered between her hands as if
offering themselves up for her dinner. Today was not one of those
days. She had been here all afternoon, and her stomach growled and
cramped from hunger.

"Be patient," she chided herself as the
current shifted and flowed around her calves, the icy water filling
her boots. Her feet and hands had long since gone numb from the
cold, and she was about to give up when she saw a fat trout shimmer
in the afternoon sunlight only two feet away.

Her fingers drifted over the sandy bottom of
the pool, a worm-like lure for the unsuspecting fish. She waited
for it to take the bait. The trout settled along the bottom of the
creek bed, nibbled gently on her fingertips, and then, with one
swift movement, Brinn raked the fish up in her hands and tossed it
onto the bank. She grinned with pride and satisfaction as the fish
flopped helplessly on dry land.

She lifted the squirming trout by the tail
and set it on a stone. She drew her knife, about to cut off its
head and gut her catch, when a sound snapped her to attention.
Brinn whirled around and tipped her nose into the air, catching a
familiar scent.

A twig cracked. Another second passed before
she heard the metallic click from the edge of the trees. She
dropped the fish and dove behind a stand of shrubs. Knife in hand,
she crouched between the briars and watched as her dinner flopped
wildly and then disappeared back into the stream with a plunk.

More frustrated than frightened, she turned
her attention back to the origin of the sound. She associated the
click of metal on metal with hunters taking aim at their prey and
waiting for the perfect moment to shoot. But this sounded
different.