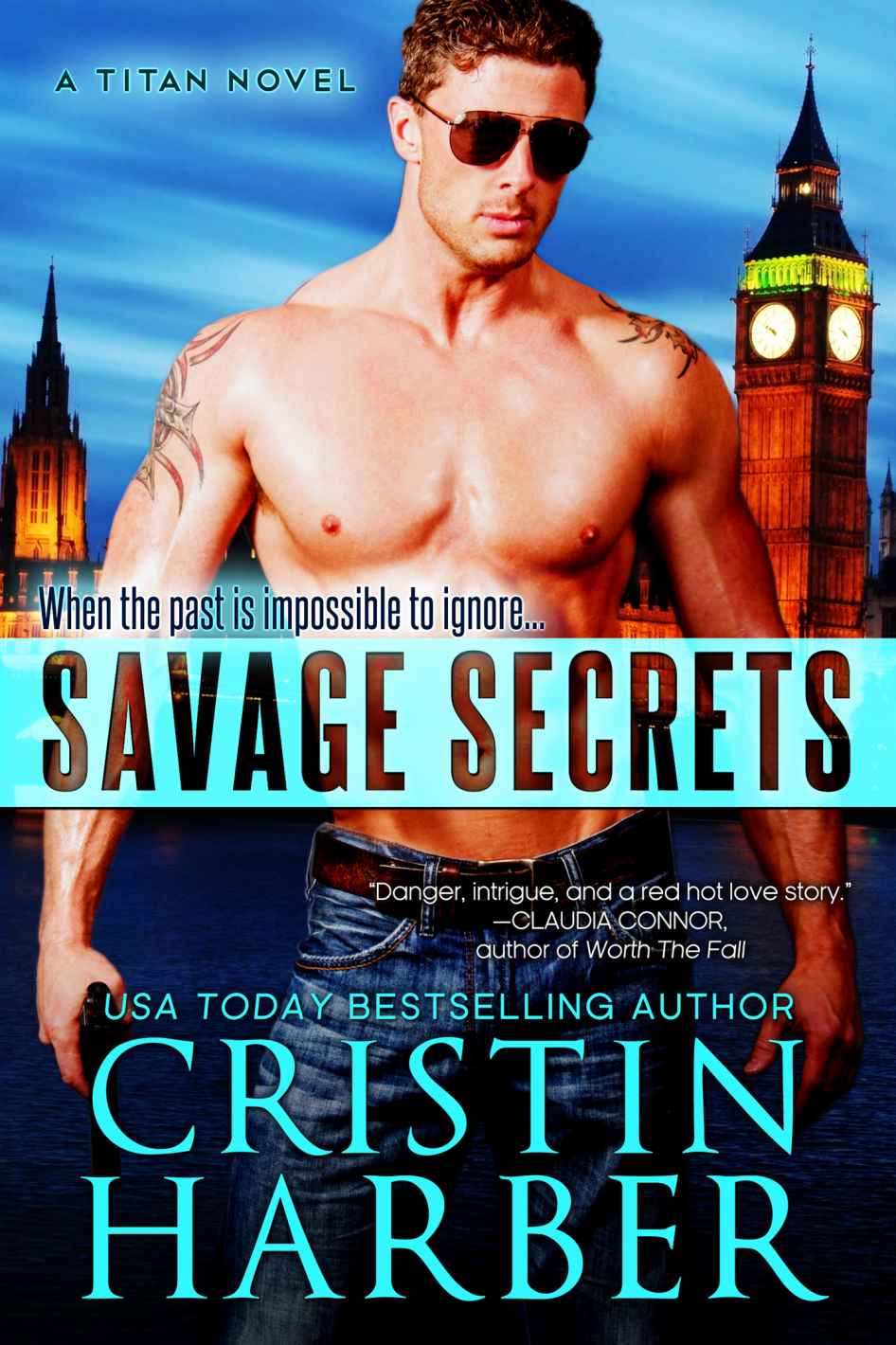 Daddy took another step toward the men approaching their picnic tables. “
No ahora
.”
Not now
. With a tight face and concerned eyes, he waved his arms in warning. “
Hoy no quiero problemas
.”
I don’t want problems today
.

The birthday balloons and streamers swayed in the wind rolling off the Mediterranean Sea. Caterina had seen the bad men before. They always had guns. Normally, Daddy did too. But today he didn’t. His
policia
badge kept them—and their costal town—safe.

Her four older brothers wanted to be just like daddy. They were all brave and strong. When the men ignored Daddy’s orders, stepping closer to the family, her brothers formed a protective ring. Their fists bunched, and their chests were pushed out. But fists versus bullets didn’t amount to a fair fight. Caterina knew that much, and her family was in trouble.

The bad men were
traficantes de armas
. The gun runners. They were the evil men who brought weapons across the water in the middle of the night and made neighbors disappear during the day. Daddy and her brothers always talked about the men who left North Africa and washed up on their southern Spanish shores..

But it wasn’t the middle of the night. It was her tenth birthday party, and those men weren’t invited. She wanted to yell at them to go away, but her mouth was as dry as the sand between her toes. Caterina stared at the curled ribbons and bright paper covering the present in her hands. This was bad. Very bad. They shouldn’t have crashed her birthday party.

A loud noise popped into the air, and her insides jumped. Everything slowed. Momma froze in place. Daddy’s arms did that up-and-down move he used when telling the boys to calm down. A boat’s engine screamed from the water as it raced toward the shore. Everyone looked at it except for momma, who looked at Caterina. Momma stepped close, tugging the sleeve of her birthday dress, but Caterina’s feet were stuck like bubble gum to a sidewalk.

Daddy shooed Momma and Caterina away, but they were surrounded. It all had happened so fast. Caterina focused on the boat on the beach. She couldn’t breathe. New men arrived. Soldiers ran toward her birthday party with more guns.

Caterina covered her face when the big guns fired. At the soldiers. At her family.

Daddy fell down, hands in the air like he was trying to catch the spray of bullets. Angry shouts came from her brothers and screams from her momma. One by one, her brothers went down with awful gurgling, wet noises. The whiz of bullets sliced the salty air. Standing in the chaos, Caterina uncovered her eyes and turned in a circle. Daddy. Her brothers. And her momma. All on the ground. All bloody red. Dead eyes and motionless faces.

She looked up. The soldiers were upon them with gun fire and smoke as they took down the gun runners.

Rough hands grabbed her, wrapping around her waist then pulling her tight. She couldn’t move. Couldn’t fight. She opened her eyes to a boy the age of her oldest brother. Not a grown up. Almost, maybe, but his dark eyes were ancient. Tears ran down her cheeks as she was carried away from her family. Still, she clutched the birthday present, the box wet from her family’s blood and her tears.

The soldier set her down behind a stone wall. She just wanted it to end so she could go to sleep, wake up, and start her birthday over again. The soldier rubbed his hand across his jaw and dropped down to her height. He pried the present from her hands and wrapped her in a hug. Her tears soaked his shoulder. He smelled like her daddy’s guns, sweat, and the sea water.

She nodded, biting her lip until she tasted the salty tease of blood. His words, his promise replayed in her mind. I’m sorry. Whatever you need, consider it done. Revenge is yours. She would survive for no other reason than to ask for his help.

Rocco Savage rose from his barstool in the rowdy pub, abandoning his half-empty lager, then cracked his neck. Claustrophobia tickled the edges of his mind, and a few more swigs of beer wouldn’t help. He’d learned that the hard way over the past weeks.

The rescue op had only been last night, and he was too tired to deal with the coming headache. He certainly didn’t need his men to see him flail against the unreal. An invisible rope would tighten around his chest. Then the unmistakable chokehold of imaginary suffocation would take him hostage. Finally, he’d see things that weren’t there. Lights and tracers. Angels and demons.

At least he wasn’t home trying to convince his ex-girlfriend that he was serious about adding the ex- to her title. She didn’t understand his job or appreciate his disappearing act when he got his hallucinating hiccups. The episodes had been happening ever since he’d been stabbed in a New York City knife fight. The blade had been coated in a hallucinogen. The occurrences weren’t frequent, but they were enough that he needed to kick it out of his system or fess up to Jared “Boss Man” Westin that Rocco wasn’t capable of performing in all conditions, at all times, for the Titan Group.

“I’m outta here, boys.” He rubbed his hand over jaw. “A week in the field, and I have too many episodes of trash TV to catch up on.” They’d believe that. If he wasn’t hanging with Titan, he’d be chilling on his couch. He was all about the extreme opposites. Jumping out of helicopters or vegging on the couch.

Roman laughed. “I’m gonna call your girl. Tell her how much you miss her.”

Rocco and Roman were the only single guys on the trip, and Roman knew damn well things had ended with Roc’s ex. “Hey, buddy, she’s all yours. Hot to trot, but looking for a ring. Beware.”

“No way. No how.” Roman drained his glass, signaling for another. “Not my style.”

Hell, that was only because Roman already had eyes for a girl. She ignored him. Might’ve hated him, but hatred didn’t slow his boy down.

With some of the team settling down, Rocco had made the mistake of trying to join them. Winters, Cash, and even Jared touted the virtues of coupledom. They came home after fighting to the death and sleeping in the dirt, then crawled into a warm bed with a hot body. Sounded like a good deal. But when Rocco tried it, having a plus-one proved nothing more than a big, fat fail.

“See you in the AM.” He waved goodbye.

His men booed and hissed.
His men
. Only recently elevated to second in charge at Titan, Rocco savored the trust he’d been given. And here in London, with Jared on another job, in another country, Rocco was the man in charge. He’d do anything to prove Jared’s decision to promote him right, and he’d also bust his ass to make sure the team was cool with the recent change in leadership.

“Whatever, dude.” Cash stretched on his stool, dark ale in hand. “Unless you have some pretty Brit on your arm, you’re leaving too early.”

Rocco’s pulse quickened, and an unmistakable flash of light pulsed around Cash’s cowboy hat. The signs were there. Another hallucination was ready to strike. He had to roll out before lightning tortured his brain, and the streaks of color floated in the air.

He threw a hand up and waved good night. “See ya.”

A balled up napkin hit his shoulder, and as Winters and Roman grumbled over his departure, Rocco focused on the door. He had to get out of the bar. Get into the muggy night air. Make it to his hotel room and crash. Sleep was the only thing he’d found helpful when his living nightmare hit. And it was a hit. Like getting broadsided by a freighter, it knocked him on his ass and made his brain stutter to a stop. It made him vulnerable, and that wasn’t cool.

Vibrations in his ears. Flashing lights in his peripheral.
Nothing’s there. Keep moving
.

He stumbled down a street. Street lamps reached for him. Bar signs and business placards swirled into a kaleidoscope of colors. He had no freakin’ clue where he was.

One block away from the hotel. You can do this.

Zip, zip, zip
. The sounds echoed again. Curse his luck. It couldn’t wait another day? When they were back on US soil? He sucked down a breath and planted his hands onto a bench then dropped onto it. Deep breath in. Out. He didn’t have far to go and didn’t need the attention—

Attention like that. “Yup. Fine.” He looked toward the voice, squinting against what he knew was a figment of his imagination. A woman hovered nearby. Not floating. Not standing. She glowed. Hell, he had no idea if she was there or not. But he did know this was nothing more than his mind racing through the aftershocks of a hallucinogen that wouldn’t leave his system. “Just need a minute to myself, if you don’t mind.”

He looked at the woman again and let her voice swirl around him, rich but soft. She was a beautiful vision. Angelic. Almost iridescent. But he knew better.

“Nope. Not drunk. Just surviving the night. Thanks.”
Thanks
, if there was really someone there. Who knew? He thought she was there, but if she was, she definitely didn’t glow. Not in real life. Only in his mind.

A glowing hand floated to his shoulder. “Come on, soldier. You can’t be like this here.”

Why would she think he was a soldier? Why would she try to help?
Because she’s not really there
. His psyche was trying to get him home in one piece. That made sense.

Her gentle fingers wrapped with the strength of steel around his bicep and tugged him to his feet. She confused the hell out of him. As forceful as she was, the touch of her skin whispered over his like a feather. Rocco walked to his hotel. Imaginary or not, she was the strength he needed. For once, a hallucination helped. Somehow, he got into the room. He planted face first on the bed and ignored the zaps of electricity burning through his brain.

A cool cloth draped over the back of his neck. His vision was still with him, and she offered words he didn’t hear over the static buzzing in his ears. But still, he somehow knew the cadence of her words and the lyrical sound of her voice was…perfect.