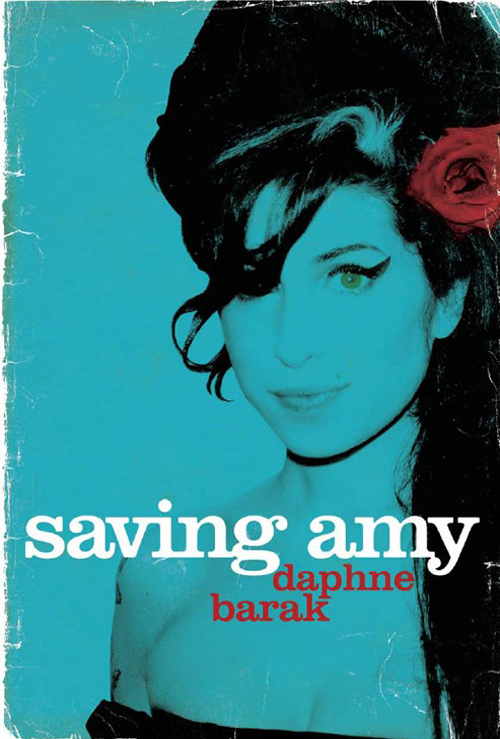 Daphne Barak is one of the few leading A-list interviewers in the world who conducts a wide range of sit-down television interviews with celebrities, heads of state, royalty, Hollywood stars and musicians. Her exclusives and television specials air and are printed in the leading outlets, in their own languages, in many countries around the world, including USA, UK, Germany, France, Italy, Spain, Portugal, Netherlands, Switzerland, Ireland, Croatia, Russia, Greece, Bulgaria, Turkey, Arab world, Pakistan, India, Far East, Brazil, Australia and New Zealand.

Daphne spends a lot of time with her interviewees, uncovering the issues in-depth and ensuring that a whole new picture comes alive with each exclusive.

‘You really understand what freedom of speech is.’
–
Nelson Mandela

‘While there are six degrees of separation [between people], Daphne has only one…’
–
Hillary Clinton, 12 January 2004, New York,
– referring to the friends and colleagues Daphne invited in a very private event in support of her election campaigns

‘Daphne, I need a bulldozer … Only you can make it happen…’
– Benazir Bhutto to Daphne during her house arrest under Pervez Musharraf’s regime, when her house was surrounded overnight with cement blocks to prevent access

‘This is a rare interview for a Western journalist at a time when Mugabe’s reputation has sunk to new depths. It’s a fascinating insight into a mind of a dictator.’
–
Channel 5 (UK) on Daphne’s interview with Robert Mugabe

‘I have long been a great admirer of your extraordinary journalism, your capacity for empathy and your excellent news judgment. Only you could have found yourself in [this] position, at the very centre of a story which all the world is fighting for… And only you could have coped so well…’
–
Sunday Times (UK), commenting on Daphne’s scoop after Michael Jackson’s death and the St Lucia diary of Amy Winehouse

‘…The host and executive producer of the special, “Our Son Michael Jackson” (with Elisabeth Murdoch), [Daphne] interviewed the parents of Michael Jackson [within 48 hours of his indictment] … That’s the extraordinary television show!’
–
CNN

All rights reserved. No part of this publication may be reproduced, stored in any retrieval system or transmitted, in any form or by any means, electronic, mechanical, photocopying, recording or otherwise, without the prior written permission of the publishers and copyright holders.

This book is dedicated to Ehud Barak,
Miriam Barak and Dov Barak.

Will You Still Love Me Tomorrow?

What Is It About Men

You Know I’m No Good

There Is No Greater Love

Love Is A Losing Game

Beat The Point To Death

I am sitting with Amy’s parents, Janis and Mitch Winehouse, in a London hotel. Amy is in hospital – one of the many times she has been hospitalized during the last few years. Her parents are divorced and there is this uneasy tension in the room because Mitch left Janis for another woman, Jane, who is, in fact, his wife today. But for the sake of my documentary ‘Saving Amy,’ they are here united in front of my cameras.

‘Janis, do you think Amy wants to live?’ I ask Amy’s mother.

Janis sighs. ‘Amy actually said in the early days, “I don’t think it will last long… I think something will happen to me.”’

‘It is part of being bulimic,’ I comment. ‘After all, Amy’s first sign of [an] addictive personality – before the drugs and alcohol – was bulimia.’

Janis considers this. ‘Mmm. Yes. I think it’s a case of [that] with Amy. Please God she gets better… It is a condition that you do not cure. It is always there.’

I turn to Amy’s father. ‘What do you think, Mitch? You told me Amy almost died twice recently. Do you think Amy wants to live?

‘She has got a tremendously strong will,’ he says. ‘As I said to you the other day … [in] six months, two years, she will always be a recovering addict. There is no such thing as anybody who is cured. Some of the finest therapists are recovering addicts because they have been there. And I can see a situation in a year or two’s time where she will start to help people because who will know better than her?’

‘Janis, you started to tell me that Amy always had brushes with death,’ I comment.

‘I have had that experience of Amy nearly dying so many times in life – there have been many, many times where she could have died.’

‘It has happened a number of times?’ I say, shocked.

‘…Sounds Afro-American: is British-Jewish. Looks sexy: won’t play up to it. Is young: sounds old. Sings sophisticated: talks rough. Musically mellow: lyrically nasty.’
This is the paradox that was Amy Winehouse, according to music journalist Garry Mulholland.

What else? …
Award-winning musician. Flamboyant pop star. Style icon. The new Brigitte Bardot. A once-pocket Venus. Drug addict. Alcoholic
…. The list of words used to describe the phenomenon that was ‘Amy Winehouse’ is, it seems, endless.

Arguably, one of the greatest and certainly most original talents to emerge in the 21st century, Amy fascinated and continues to fascinate us all – even in death. Her life – if you believe the paparazzi – was one endless soap opera. Her thoughts on everything from the weakness of an ex-boyfriend to how she felt about her Dad and his infidelity are immortalized in her music (in the songs ‘Stronger Than Me’ and ‘What Is It About Men’ respectively, which are both included on Amy’s 2003 debut album,
Frank
) for everyone to hear. And, possibly part of her great appeal was that she really didn’t appear to care.

Since Amy Winehouse first came into most people’s music consciousness after the release of the critically acclaimed, platinum-selling album
Frank
(2003), mostly about that same ex-boyfriend, followed by the Grammy-winning
Back To Black
(2006), she was seldom out of the news. Her turbulent on-again, off-again relationship with former husband Blake Fielder-Civil, her dramatic performances on- and off-stage and her relationship with her father, Mitch, or mother, Janis, grabbed headlines around the world. And, everyone loved to read about Amy. Everyone certainly had (and still has) an opinion about her – her music, her marriage, her behaviour, her addictions, her hair…. Everyone knew ‘Amy’… Or, perhaps that’s what she let them
think.

Why, then, was it such a shock when the news of Amy’s death filtered through? Why did everyone profess such great surprise?

Hamish X and the Hollow Mountain by Sean Cullen
The Legacy by Katherine Webb
Ever After by Graham Swift
The Lonesome Rancher by Patricia Thayer
HER CALLAHAN FAMILY MAN by TINA LEONARD
Romancing Rudy Raindear (Sexy Secret Santas) by Leo, Mary
Spiritbound by Dani Kristoff
An Uncommon Education by Elizabeth Percer
Leaving Eva (The Eva Series Book 1) by Sivec, Jennifer
Keep Me (Shelter Me #3) by Kathy Coopmans